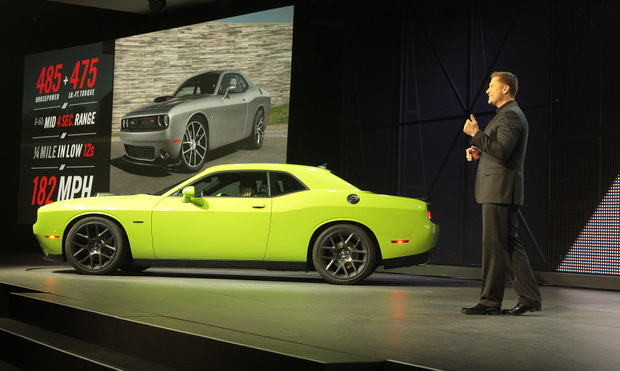 The Chrysler Group pulled back the sheets on the 2015 Dodge Charger and the 2015 Dodge Challenger today at the 2014 New York International Auto Show and – much to the displeasure of critics across the internet – the new Charger has changed too much while the new Challenger really hasn’t changed much at all. In both cases, there has been an exterior redesign that focuses on the front and rear ends along with a sprucing up process to the interior that is elaborate in the Challenger but not so much in the Charger. 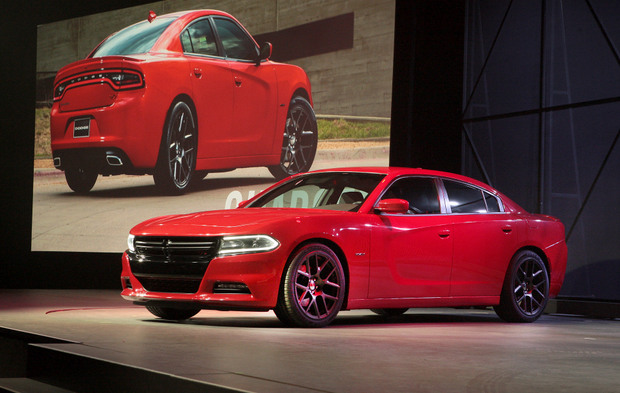 First up,  the 2015 Charger.  Dodge promised an extensive refresh for the exterior of the 2015 Charger and they made good on that promise – inexplicably changing the features which make the current 2014 Charger so popular. There are some slight changes made to the interior, the drivetrain options and power levels remain the same for 2015. The one key drivetrain change is that the 5.7L Hemi V8 will no longer be offered with all wheel drive. Pentastar V6 buyers can pick AWD, but Hemi Chargers will only be rear drive for 2015.

The most controversial feature of the new Charger is the front end, which gets a set of long, thin headlights with both LED trim and HID projection as well as a grille design that flows from the upper section down into the more aggressive lower fascia. This front end is vastly different from the 2014 Charger and while that has some people upset – the fact that the front end looks a bit like the new Dodge Dart (particularly through the center grille area) is the key cause for the uproar.

Along the sides and across the back end, the 2015 Dodge Charger has more slight variations:  a more pronounced indentation through the doors, a more steeply angler b-pillar and a race track LED taillight setup that wraps around to the sides of the car just a touch. The changes down the sides and across the back end (which is really just the restyled taillight) are distinct enough to notice but not enough to upset people. There are also some simple changes made to the interior of the 2015 Charger that will only improve the cabin, like a revamped gauge cluster with a 7 inch configurable center screen and a restyled steering wheel. However, regardless of how much better the interior looks or how nice the sides and rear of the new Charger look – we can expect that new front end to be a point of controversial well into the foreseeable future. 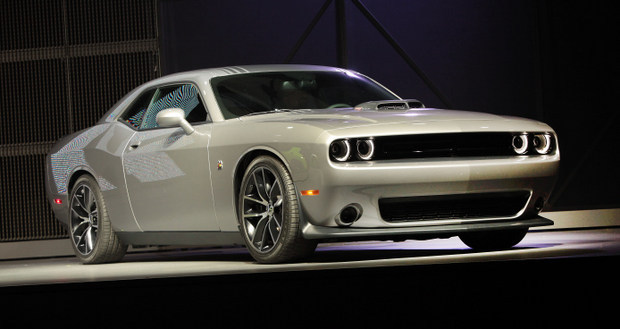 The 2015 Dodge Challenger is also new, but less so than anticipated. The new 2015 Challenger looks pretty much the same as the 2014 Challenger with the only real exceptions being the new split design grille inserts and the new LED race track taillights which differ from the same technology on the Dart, Charger and Durango in the simple fact that there are two small “race track” rather than one large track. The goal was to have this refreshed exterior follow a similar design to that of the 1971 Challenger – and the company hit that nail on the head. The changes between the front and rear end of the 2014 Challenger and the 2015 Challenger is very similar to those changes made between the 1970 and 1971 Challenger.

The 2015 Dodge Challenger looks great and the new grille combined with the new taillight design is a great revision – albeit is a bit too subtle for some people’s tastes. Along those same lines, the 2015 Challenger gets some changes inside, like a redesigned shift console, a new steering wheel and a new gauge cluster layout to bring the somewhat antiquated feel of the 2014 Challenger cockpit up to par with the competition.

The biggest changes for the 2015 Dodge Challenger is the addition of the 6.4L Hemi V8 to the non-SRT lineup. The 2015 Challenger features two new trimlines – the 6.4L Scat Pack and the 392 Hemi Scat Pack Shaker – both of which come with the 6.4L Hemi that was previously only available in the SRT Challenger. This engine is expected to deliver somewhere in the area of 485 horsepower and 475lb-ft of torque while the power levels of the 3.6L Pentastar V6 and the 5.7L Hemi V8 remain unchanged.

In addition to the new 6.4L Hemi trimlines, the 2015 Challenger will be offered in SXT, SXT Plus, R/T, R/T Plus, R/T Shaker and R/T Plus Shaker. All new Challenger models are available with the 8-speed automatic transmission while all Hemi powered Challengers come standard with the 6-speed manual transmission.

The 2015 Dodge Charger and 2015 Dodge Challenger will hit dealerships later this year with production of both cars beginning at the Brampton Ontario plant in the third quarter.

1 Comment on The 2015 Dodge Charger Changes Too Much, the 2015 Challenger Doesn’t Change Enough