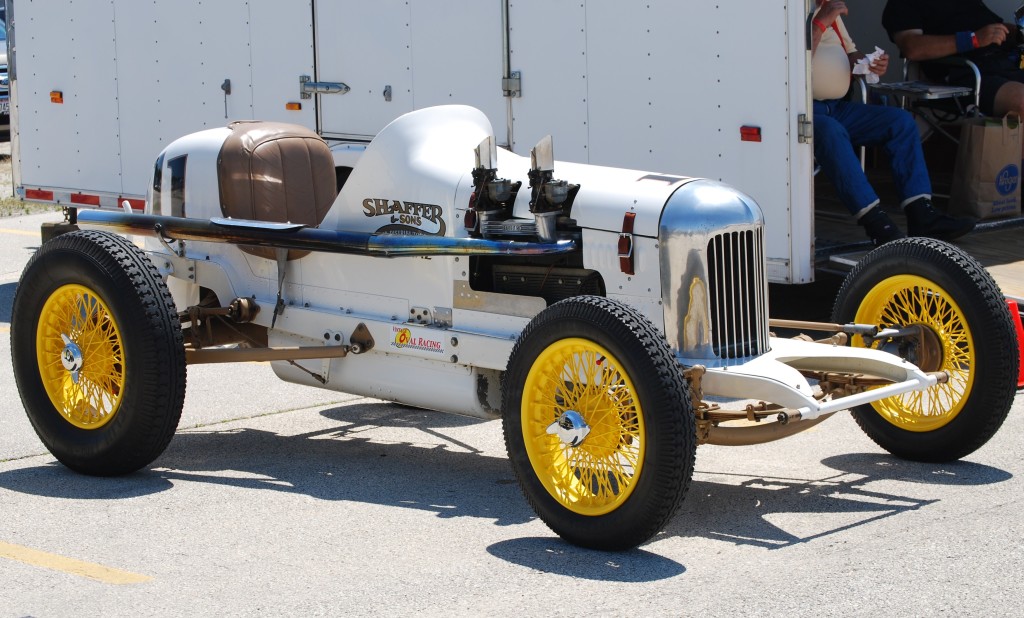 “Schaefer is the one beer to have when you’re having more than one.” This was the sales slogan of a New York City brewer who started making beer way back in 1842. In a way, the slogan almost fits Bill Davis’ racing car collection. Why? First, because Davis has more than one vintage racing car and secondly because one of his cars was sponsored by Shaffer & Sons Beer Distributors.

Now, that’s not the same spelling (Shaffer vs. Schaefer), but it’s close enough that you might confuse the spelling after a beer or two. Shaffer & Sons was probably a West Coast beer distributor because that’s where Davis’ pretty white car started out. It was supposedly built in 1934 and ran at tracks such as Legion Ascot Speedway with Ike Trone behind the wheel. Davis has pictures of him sitting in the car, back in the ‘80s, after it was restored. Trone was 93 then. 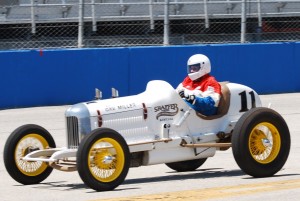 Davis’ research shows that a man named Tommy Donald, who made his fortune doing commercial printing on the West Coast, restored the car. Donald and his brother ran sprint cars under the Corsica Racing banner. After they got out of competitive racing, Tommy Donald started doing vintage racing.

The car is a 3-spring job, which makes it a bit unique. That design gives it a longer wheelbase, so it’s almost Champ car size. It’s got a Franklin tube type front axle, which accounts for the double front springs. It also has a Franklin steering gear. The gearbox and rear axle are from a Model A Ford and 18-in. Rudge-Whitworth wire wheels are fitted.

The engine is a Miller-Schoffield based on a Ford Model B black with a Model C crank. The deep sump oil pan. Side covers and cylinder head are all Miller items. Davis-a retired General Motors product designer-says he “fell in love” with the car the first time he laid eyes on it. When Tommy Donald got to the point where he could no longer campaign the car, he told Davis, “You know, I never offered this car for sale, but I’d like you to have it because you like it so much.” Davis didn’t hesitate to buy the car. Davis’ other racing cars are far different. He has a ’34 Ford coupe with a Ford flathead V-8 that runs as a “dirt modified” racer. His other ride is the 1965 Wynn’s Indy Car that was driven by Don Branson as the No. 4 cars.