Legends were born and made this weekend in Las Vegas during the Denso Spark Plugs NHRA Nationals. Along with the youngest Pro Stock champion receiving his first crown, an NHRA legend also gave his team its 300th win after defeating his Don Schumacher Racing teammate in the Top Fuel Finals. 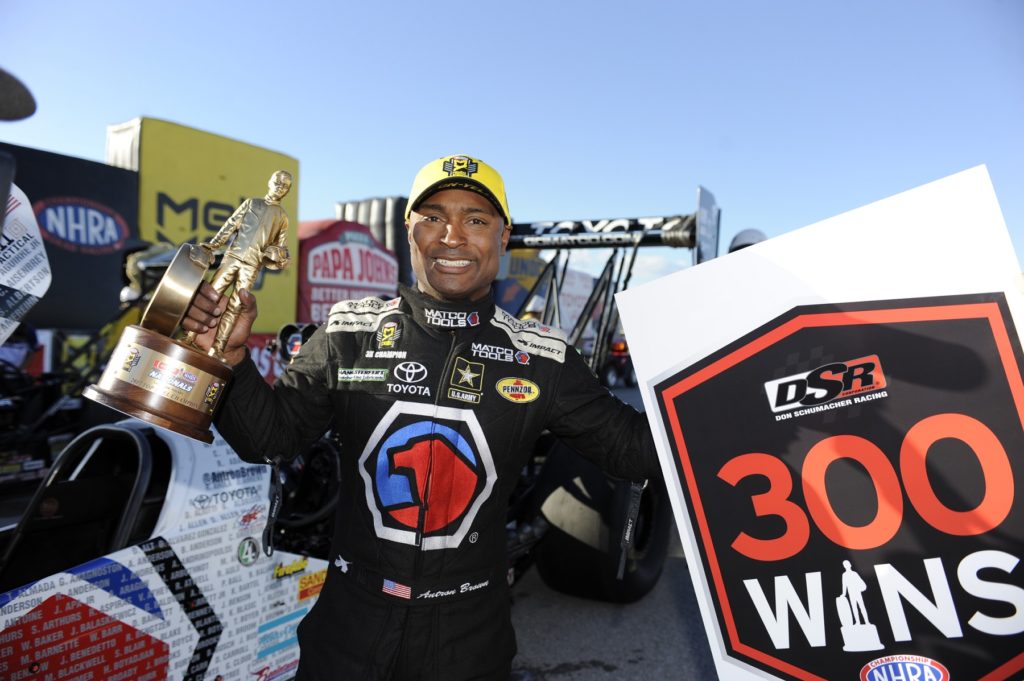 Antron Brown, who is the only driver in NHRA to pick-up a win in 10 consecutive seasons, pulled off his first win of the 2017 season at the track that he set on fire last season – The Strip at Las Vegas Motor Speedway. After racing past Scott Palmer and No. 1 event qualifier Steve Torrence as well as the New Girl On Fire Leah Pritchett, Brown headed to the final round of the DENSO Spark Plugs NHRA Nationals against his Don Schumacher Racing teammate Tony Schumacher. Brown would bring home his newest title after a 3.747 second pass at 321.04 MPH in his Matco Tools dragster against Schumacher’s 3.809 at 325.14 in his U.S. Army dragster.

“Today was tough,” said Brown. “When you race two of your teammates, you know you got a battle on your hands, because you all have the same quality parts and equipment. When you go up there you have to throw everything up to see what sticks. Especially with Tony. He hasn’t been an eight-time champion for nothing – he knows how to race. We had to push hard.”

Along with picking up their 300th win, Don Schumacher Racing also took over the points lead as Tony Schumacher’s performance in Las Vegas would put him 6 points over former leader Leah Pritchett. 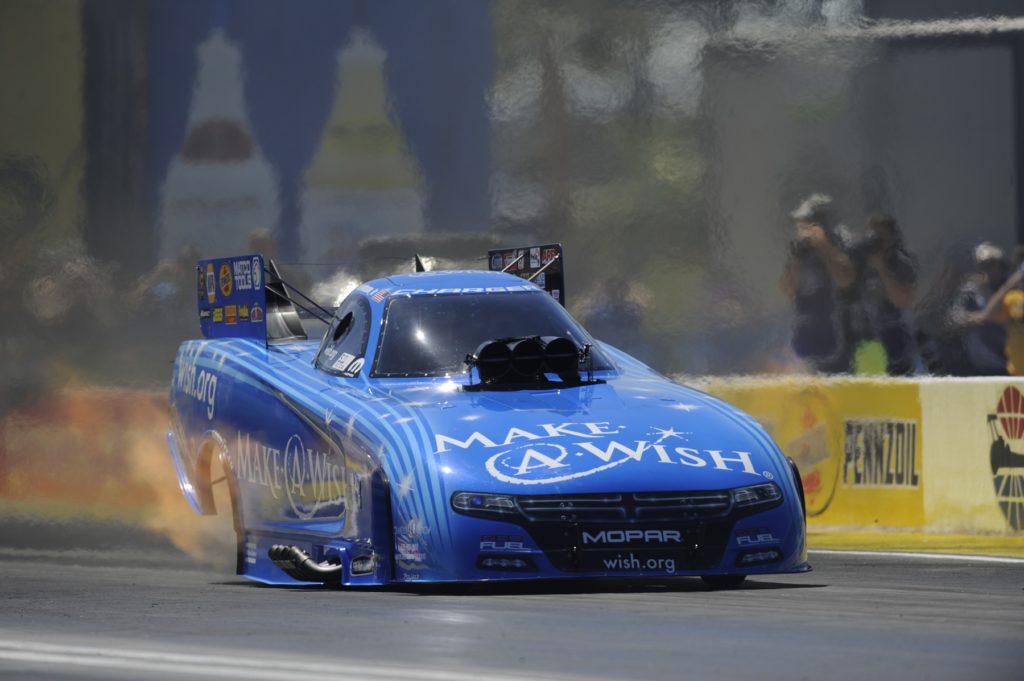 Funny Car driver Tommy Johnson, Jr. had his wish come true on Sunday after claiming his first victory at Las Vegas Motor Speedway since 2001. Johnson Jr. pushed past Jim Campbell, Robert Hight and 16-time world champion John Force before facing rookie Jonnie Lindberg in the finals. He finished with a 3.933 second pass at 323.66 MPH in his Make-A-Wish Dodge Charger R/T, against Lindberg’s 4.016 at 302.14 in his second consecutive runner-up effort in 2017.

“Today was a pretty trying day,” Johnson Jr. said. “It was pretty hot, probably the hottest track we’ve seen this season yet. The guys did a great job. When we came out first round and were low ET by at least three hundredths I thought, ‘Oh, it’s going to be a good day.’ This is just a great facility. When I come in the gate I have a good feeling because I’ve had some success here, a win prior to this, and a couple runner-up finishes.” 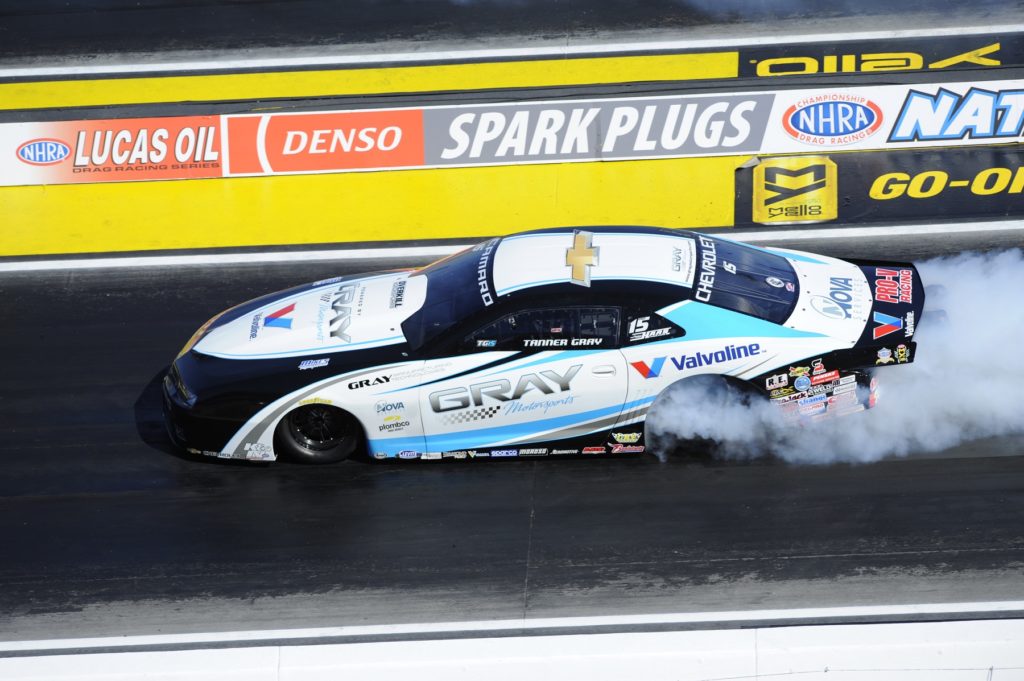 One of the most head-turning wins of the weekend in Las Vegas was that of 17-year-old Pro Stock driver Tanner Gray. The youngest Pro Stock winner in NHRA history, Gray is now fourth in the Pro Stock points standings after taking on Drew Skillman, Greg Anderson and defending world champ Jason Line before reaching the finals against Bo Butner and his Jim Butner’s Auto Chevy Camaro on a holeshot in the finals.

Although the nervous young Gray would feel a bit unsure of himself as he pulled to line to face off against Butner, his 6.681 second pass at 206.61 MPH, along with his quick reaction time of .010 against the veteran driver’s 6.678 pass at 206.76 MPH and as a delayed reaction time of .088 made it obvious that Gray has a natural talent which is just starting to come to life.

“This was something I have wanted to do since I was real young, and I finally got the opportunity,” said Gray. “When I started this, I told my dad that I wanted to be the youngest Pro Stock winner, and to be able to do just that feels really cool.”