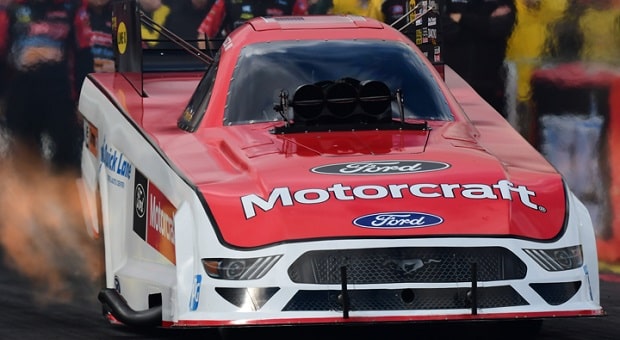 When Ford Motor Co stepped away from NHRA competition, it meant changes for Funny Car stalwart Bob Tasca III, whose family has been selling, servicing and racing Ford products for nearly a century. Ford’s departure also meant a racing hiatus for Tasca and his family, but they returned with Ford at the start of the 2018 NHRA Mello Yello 24-race season.

With a brand new team led by Eric Lane, an ex-John Force Racing (JFR) crewman who had more recently been assistant to Rahn Tobler on Ron Capps’ Don Schumacher Racing (DSR) Funny Car squad, Tasca and Ford returned to a changed game, one that is most certainly more competitive than when they left just a scant few years earlier. They won some rounds over the course of 18 regular season and six playoff races, but didn’t make the Countdown to the Championship playoffs and showed signs of needing better input.

For the 2019 season, Lane’s been joined by Mike Green, more recently crew chief on DSR’s Top Fuel dragster for driver Tony Schumacher. Much of the Tasca Ford Mustang is comprised of DSR parts and the car is built and maintained in conjunction with DSR. There are signs that the turnaround is coming and Tasca currently holds, tenuously, tenth-place points as he searches for his next, fifth Wally winner’s trophy.

Going into next weekend’s Virginia NHRA Nationals at Virginia Motorsports Park, Tasca is looking to build on his grand memories of the Richmond-area racetrack, where last year’s return race saw a sold-out crowd. With a new racing surface on the venerable track, Tasca is ready to show his capabilities. 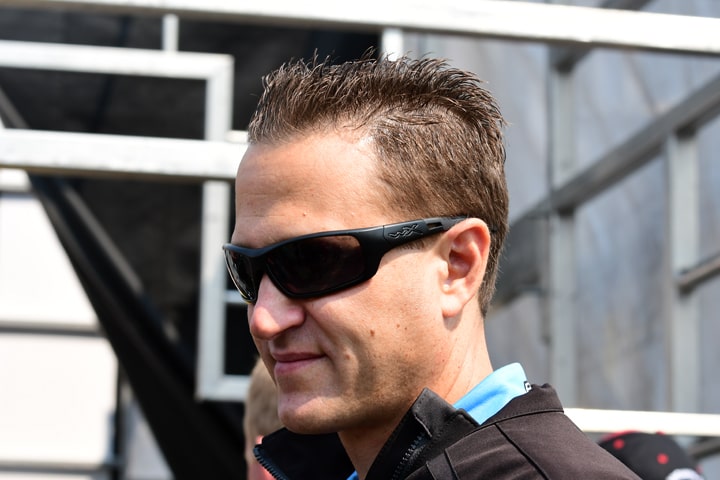 “That was a standout race of the year,” Tasca said of the series’ 2018 return to Richmond. “The support of the fans was incredible. I just remember how appreciative the fans were, and they were thanking us for coming – when we should have been thanking them for coming. The quality of the racetrack was unbelievably smooth,” Tasca remarked of the repaving efforts. “Whether it’s hot or cold, if there’s an excellent surface, these cars can perform and we’re thrilled to come back to Richmond.”

After a quarter-final departure in Atlanta last weekend, Tasca has just two round wins in his past five races, a number the Rhode Island native is looking to change pronto. “I’m not happy with where I’m at and I’m not happy with our performance. We haven’t shown consistency and we’re making some really big changes going into Richmond,” Tasca said. “I’m optimistic that it’s going to change the attitude of the car. Were hitting the reset button and I’m excited about it.

“Richmond is a big race for us. We’ll have a different setup, but we have high expectations of what this team should accomplish. We’re not there yet and we’ll keep working until we get there,” he declared. “We need to get better and that’s the bottom line, but I do feel confident in the changes and Richmond can be an exciting race for me. We’ve got the new body from Ford, something we spent the last year working on. We’re still fine-tuning some things, but we have very high expectations. We want to win and compete for a championship, and anything less than that is unacceptable. Were going to continue to make adjustments and I’m looking forward to seeing it come together.”