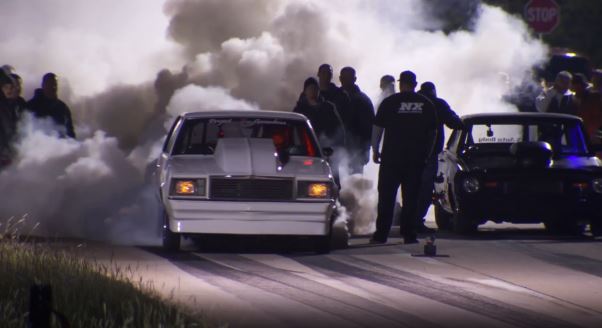 The Burnout has been following the drama surrounding Israel “Izzy” Valenzuela, a participant on the Discovery Channel’s Street Outlaws, as he was involved in an illegal street race in Southern California that killed two spectators. Recently, a new suspect has been brought into the case.

According to the Los Angeles County District Attorney’s Office, Karen Gary Balyan is the alleged driver of the Mustang that went off-course and killed spectators Eric Siguenza and Wilson Thomas Wong in an incident unrelated to Street Outlaws.

Israel “Izzy” Valenzuela was previously identified as the driver of the Nissan GTR that was racing Balyan while Henry Michael Gevorgyan is accused of organizing the illegal races.

All three suspects have been charged with murder and the pre-trial is set to begin on June 11, 2015. According to the L.A. County Sheriff’s Department, Valenzuela and Gevorgyan have posted bail. Balyan’s bail has been set at $3 million.

Each defendant is facing a possible sentence of 33 years to life in prison if convicted.

*Correction (6/1/15): The accident in question was an independent event and did not take place during the filming of Street Outlaws as previously reported by The Burnout.