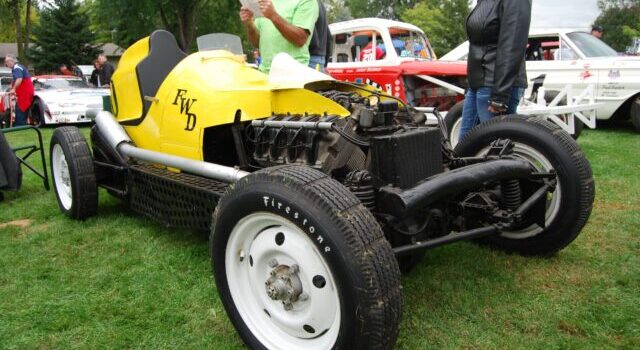 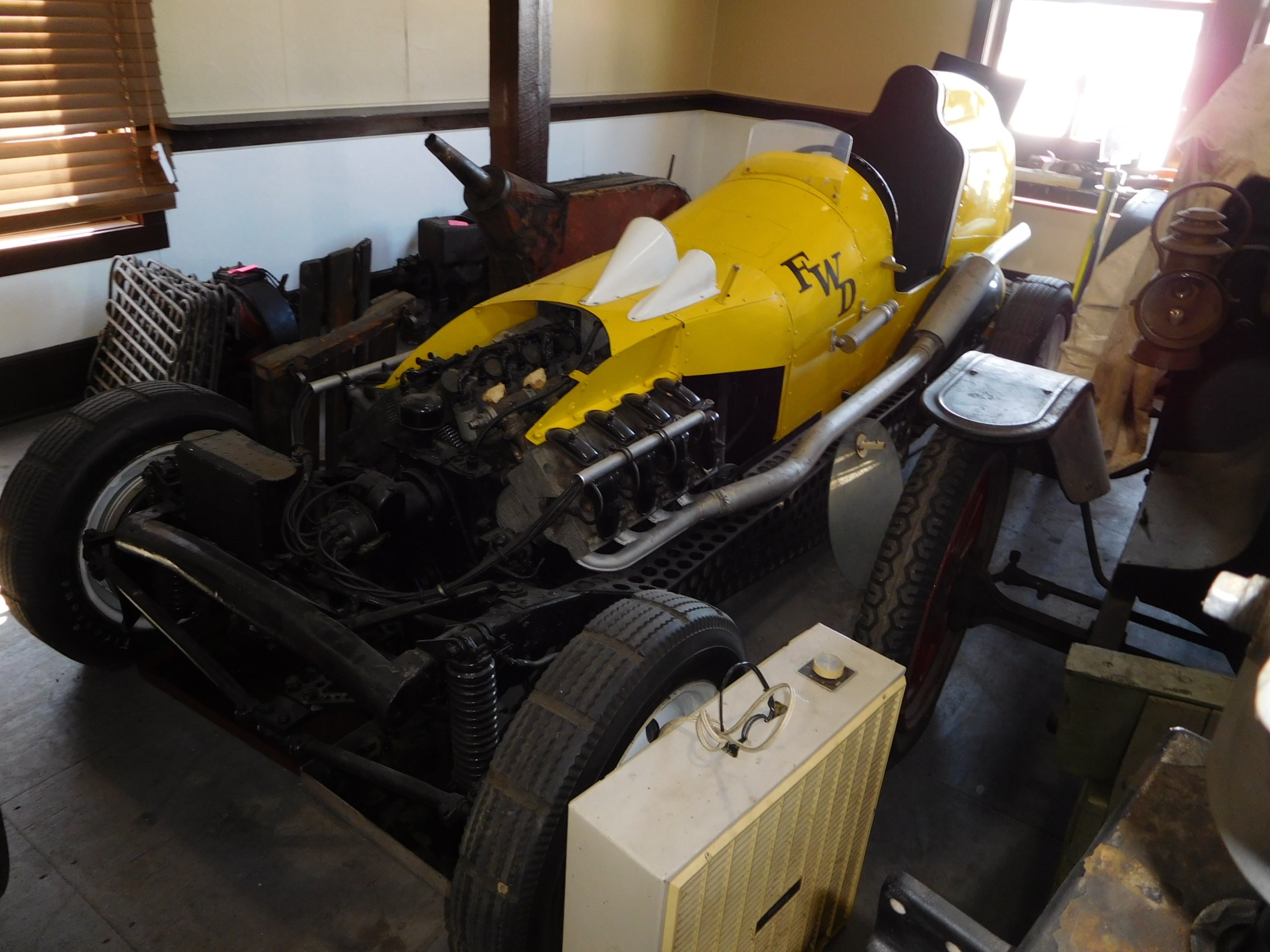 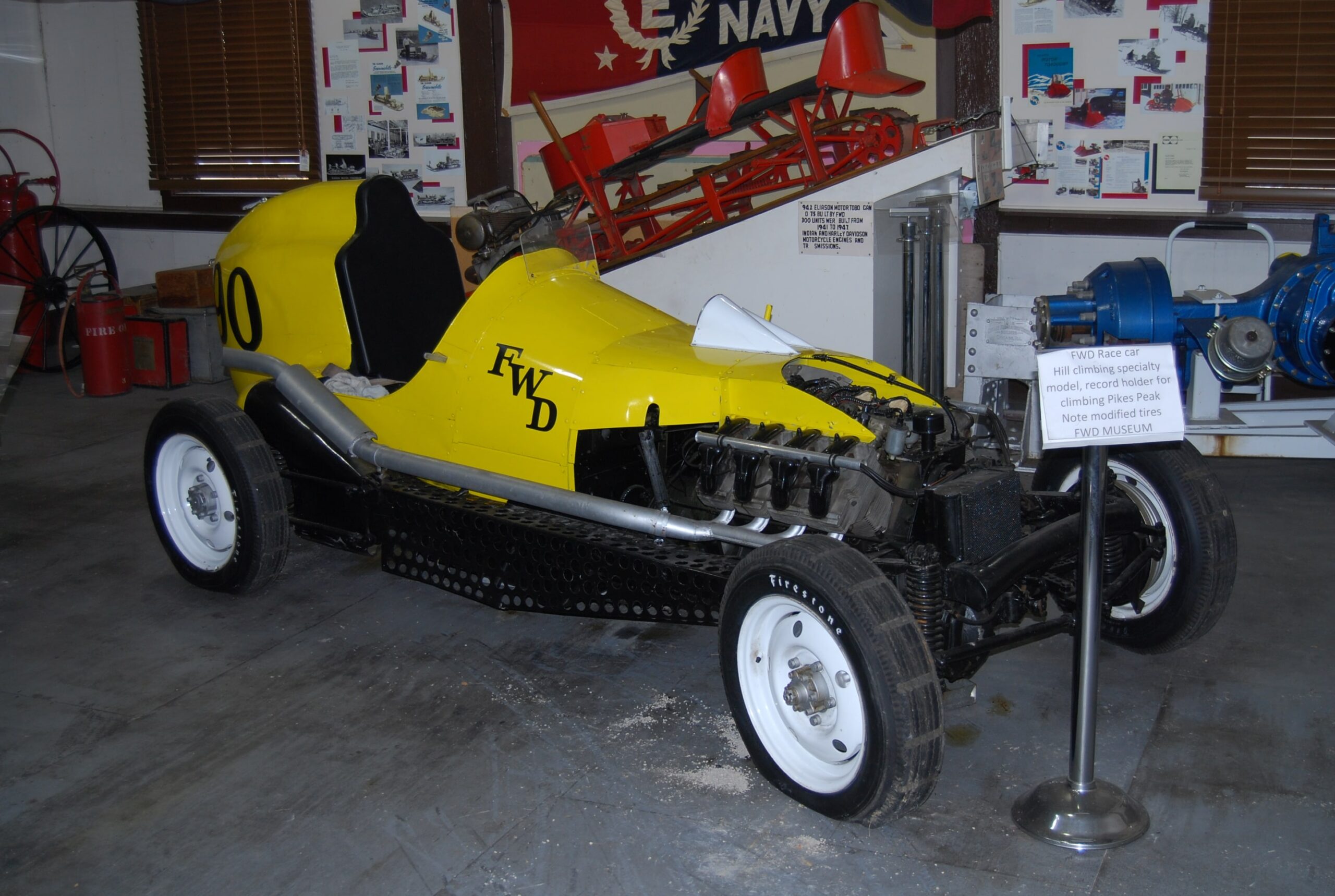 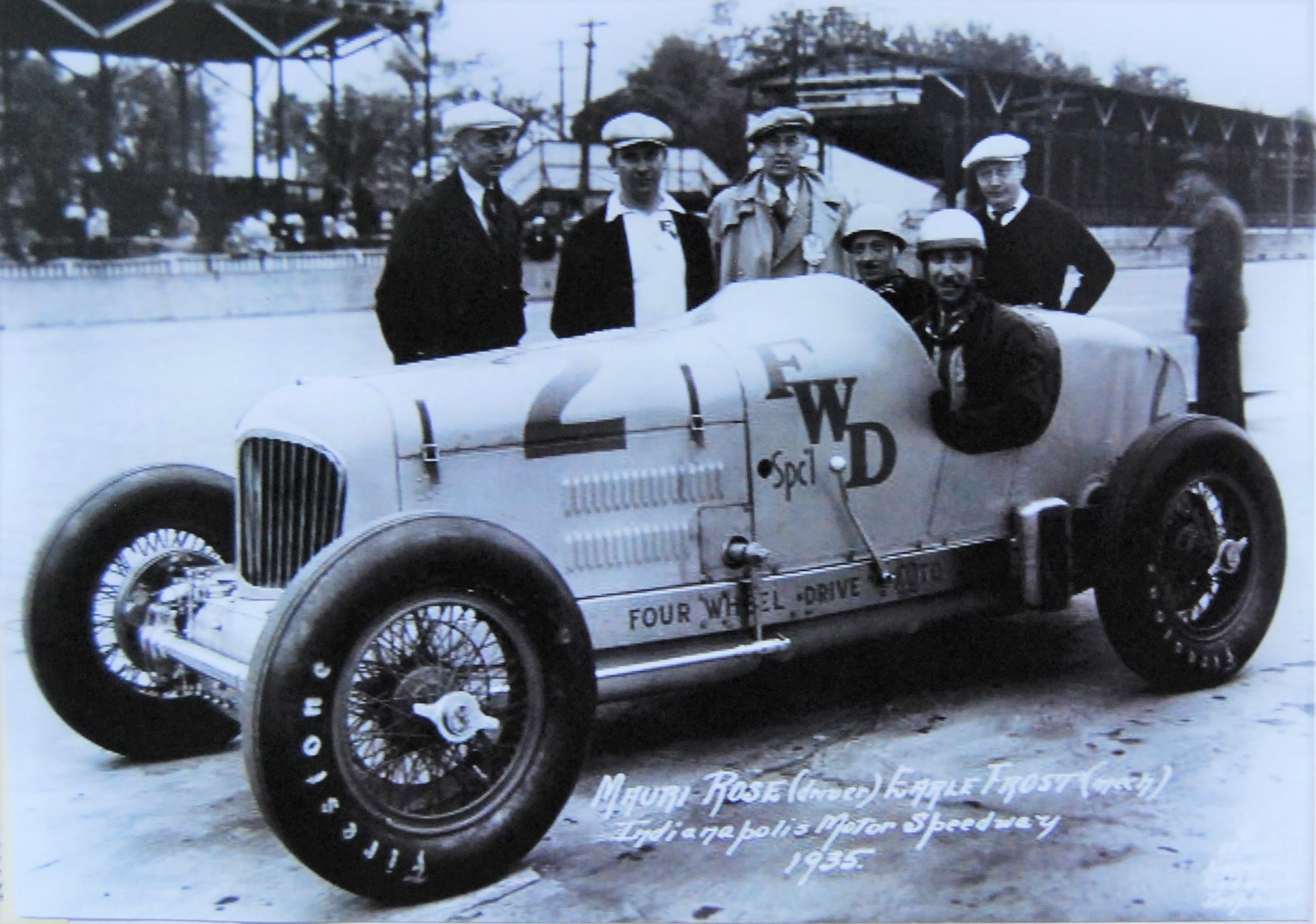 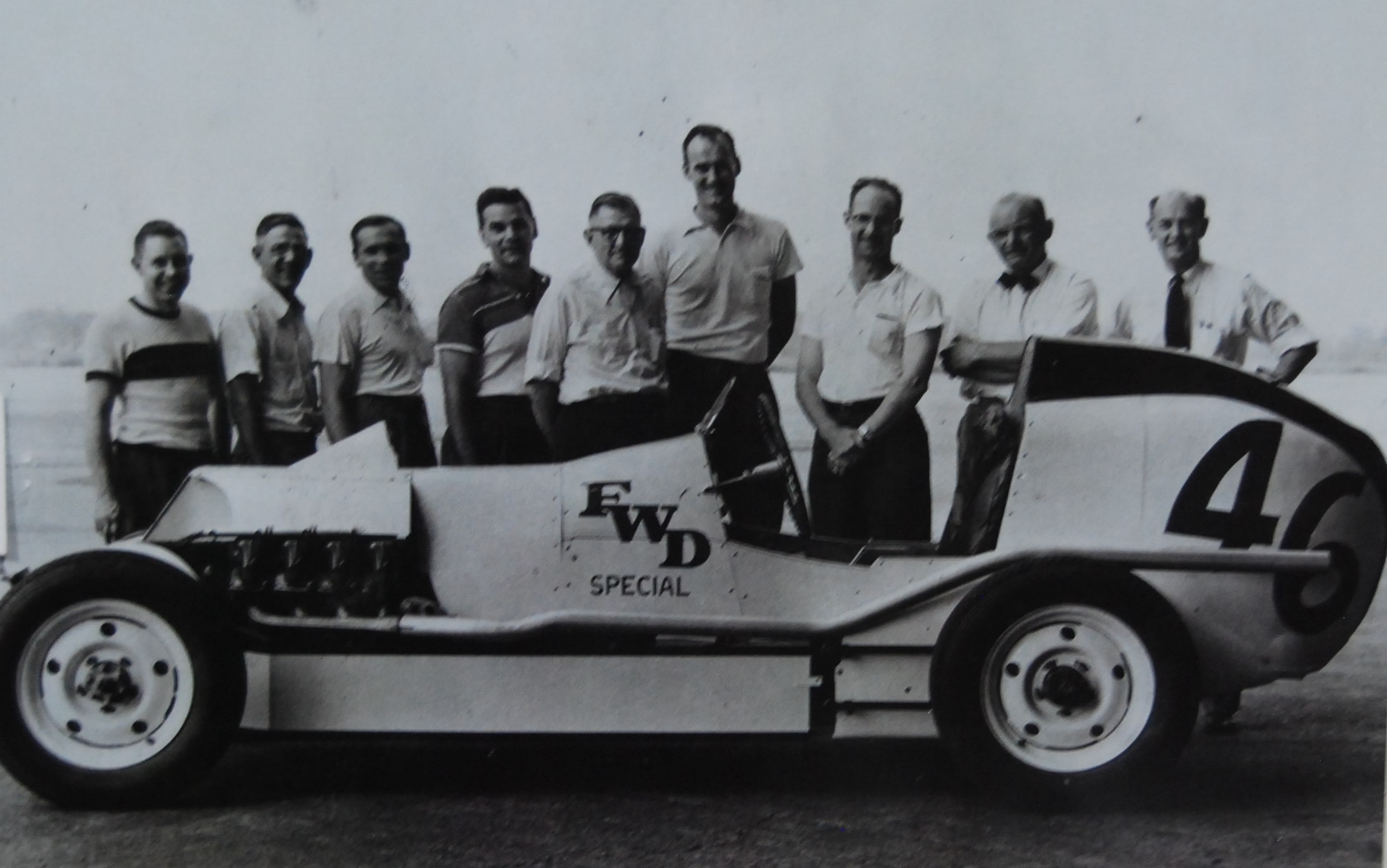 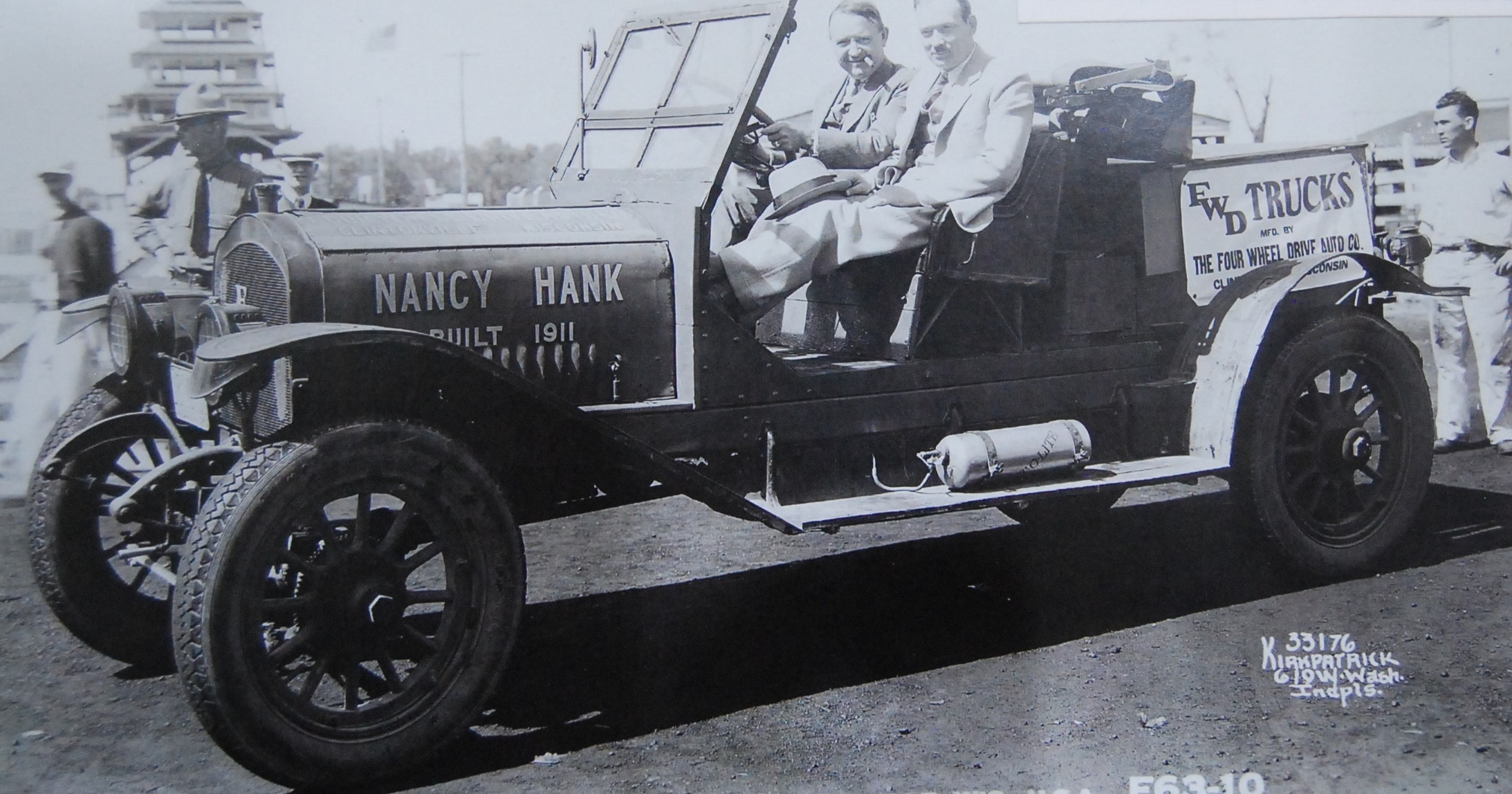 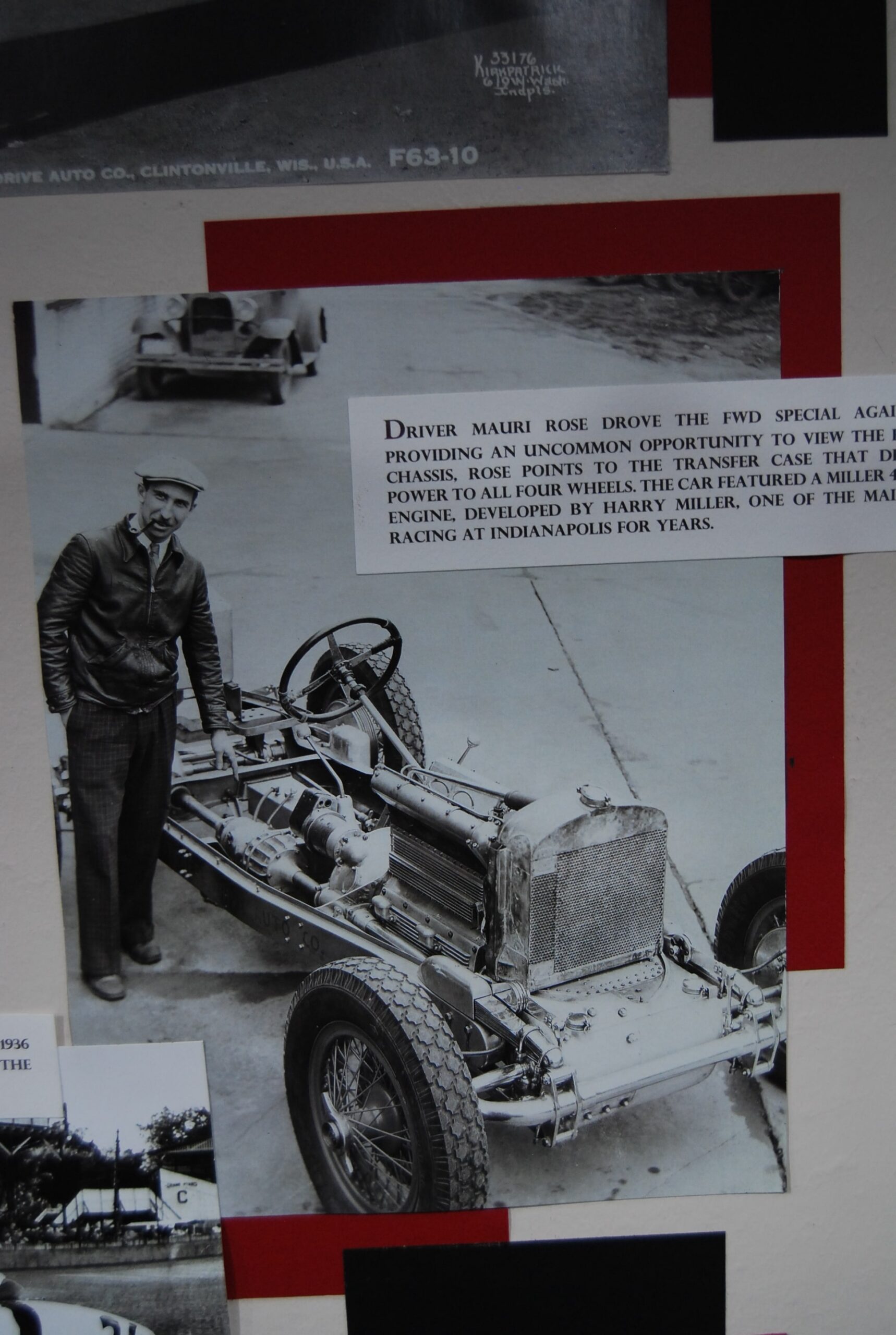 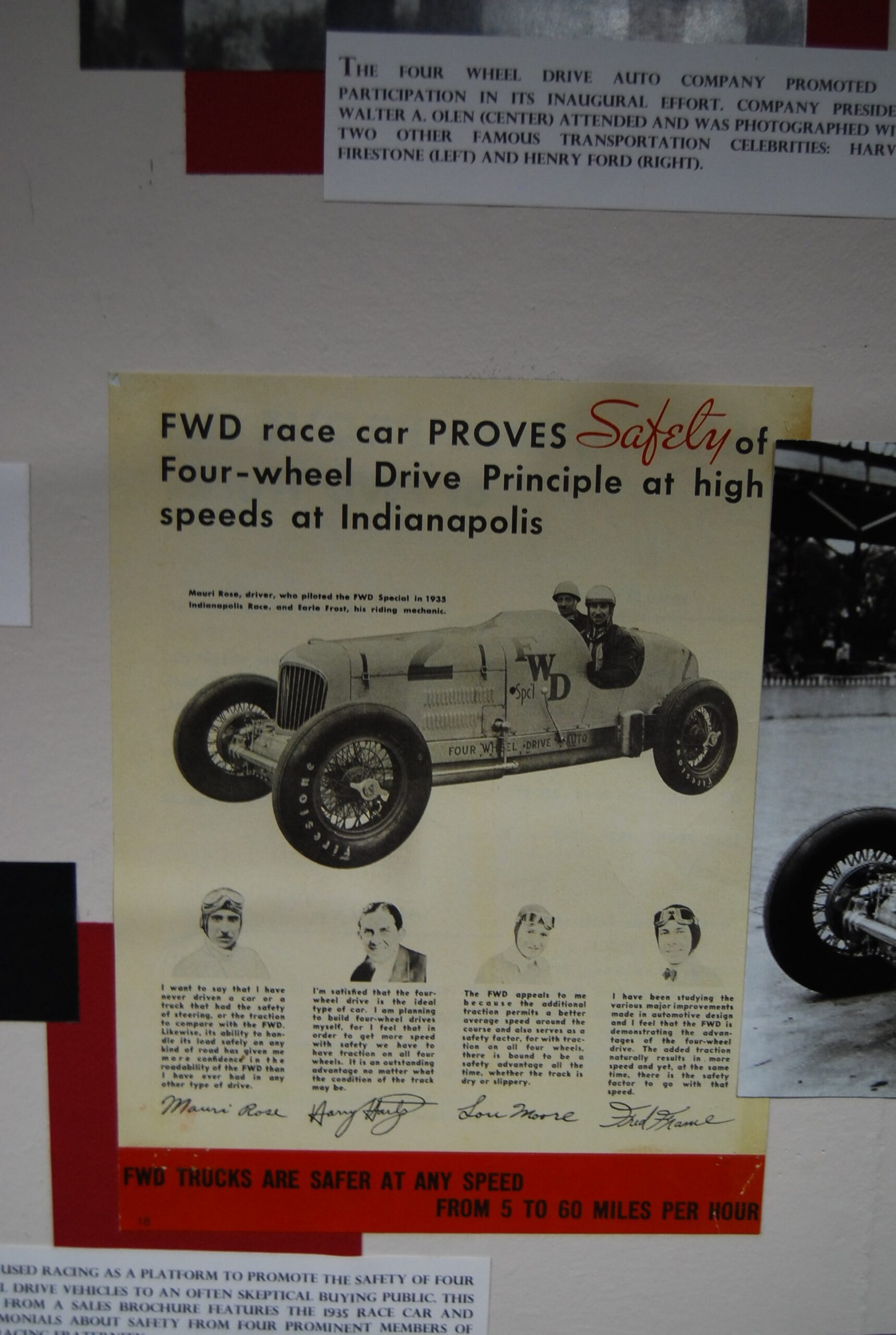 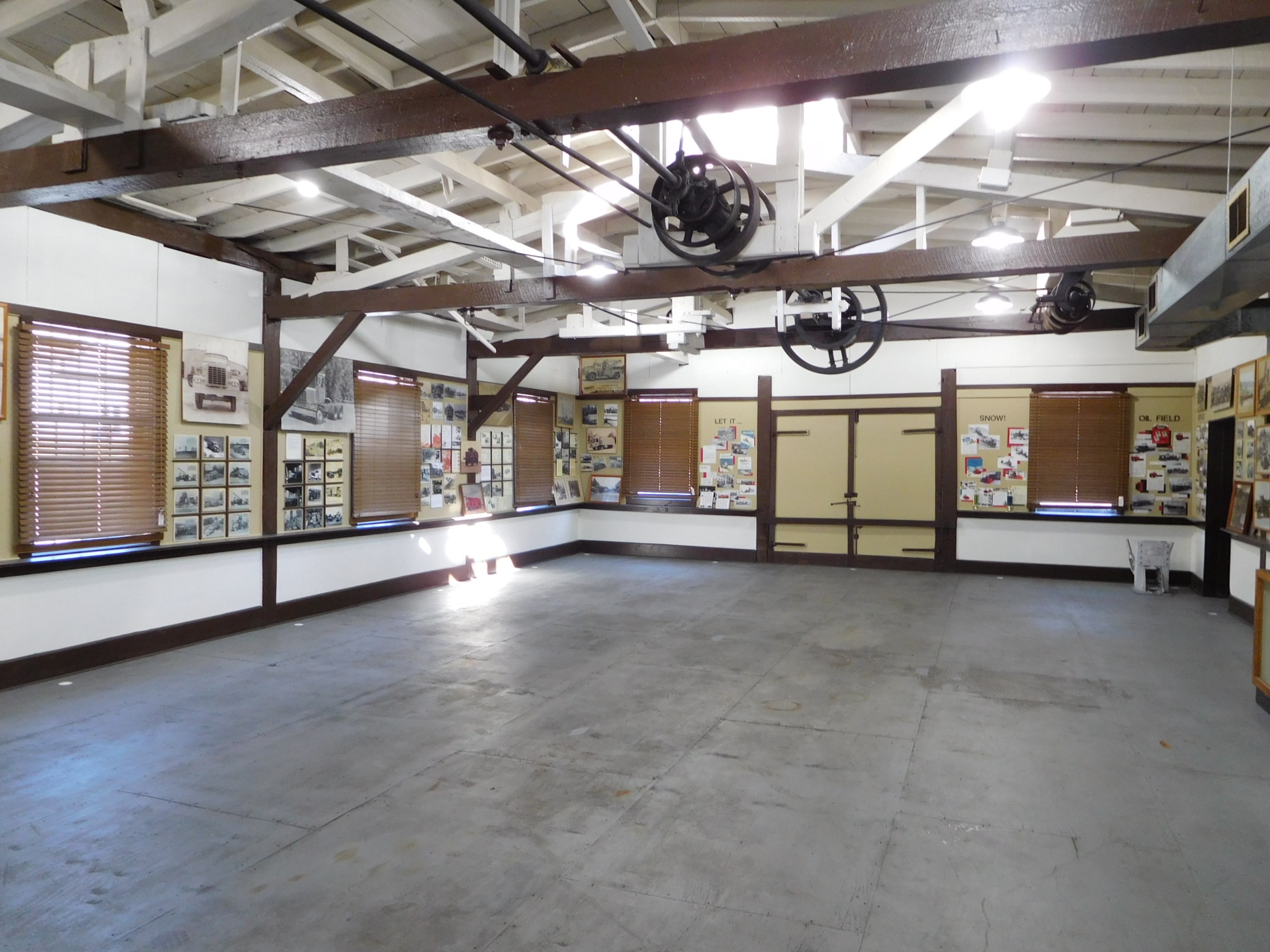 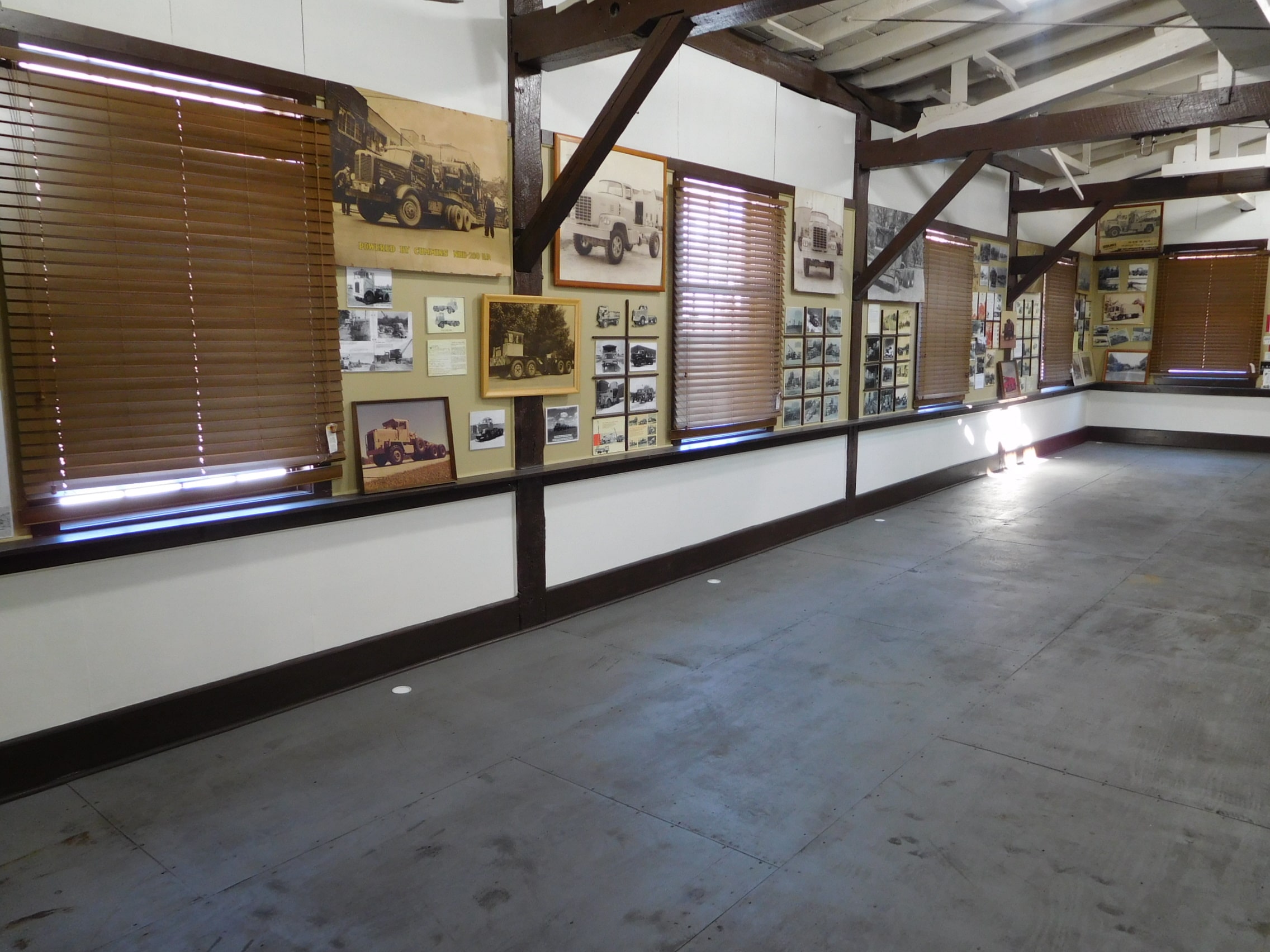 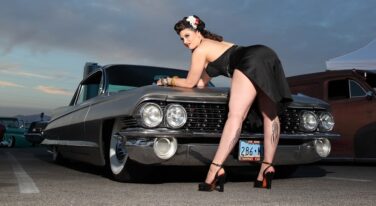 Memories in May Product Showcase
A unique racing car dubbed “The Butterball Special” has had its home in the FWD-Seagrave Museum in Clintonville, Wis., redecorated. The Four Wheel Drive Auto Co. (FWD) took an invention made by two local blacksmiths and machinists and in 1908 turned it into the first four-wheel-drive automobile. The company soon switched to making four-wheel-drive trucks and business really took off when its Model Bs were purchased by the U.S. Army and British Army for use on the battlefields of World War I.

In 1930, the company’s first President, Walter A. Olen, persuaded the FWD board to contract with famed race car builder Harry A. Miller to design a four-wheel-drive racing car. The two-man racer—called the FWD Special--competed in several Indy 500s. In 1932, Barney Oldfield and Mauri Rose managed the car and Bob McDonough drove. There wasn’t time to test it thoroughly. It overheated and left the race on the seventh lap.

Another legendary race driver--Frank Brisko--drove the FWD Special in 1933. He hit 150 mph, but quit due to engine problems. Rose drove it at Indy in 1935. The car made its best showing there in 1936, also with Rose driving. It was then mothballed until the early ‘50s, when William F. Milliken, Jr., a researcher, engineer and racing enthusiast, borrowed it for road races. He won the 1950 Equinox Mountain Hill Climb with the car and also ran it in SCCA and AAA events at Pikes Peak, Watkins Glen and Edenvale Airport.

Milliken discovered that a four-wheel-drive system was much better suited to road-racing events than to oval-track racing. While the FWD Special was not the fastest ride around in the early ‘50s, it could corner better than most typical racing cars of that era. Milliken was fascinated by his successes and that led to him buying the Butterball Special.

This car, which also had four-wheel drive, was originally constructed as the A.J.B. Special. Those letters stood for Archibald James “A.J” Butterworth, an Irishman who built the car in England in 1948. Butterworth—who lived from 1912 until 2005—was an inventor and automobile racer. He was the winner of the Brighton Speed Trials in 1949 and 1951.

The A.J.B. Special was built at a cost of 300 British Pounds. It used a war-surplus air-cooled Steyr aircraft V-8 made in Austria. Butterworth’s inspiration was Sydney Allard's Steyr-powered single-seater that won the British Hill Climb Championship in 1949. The A.J.B ran on a mixture of: methanol, benzol and unleaded gas. Today, its 4423cc 90-degree V-8 features Alfin cylinder barrels, a Harrison oil cooler and eight Amal carburetors. With a 14.9:1 compression ratio, it will produce about 280 hp at 4900 rpm.

An 11-in. Borg & Beck clutch drives a special Butterworth five-speed constant-mesh transmission that incorporates a transfer drive. A separate reverse gear is provided. There’s also an inter-axle differential that can be locked or unlocked. The positive stop, progressive gearshift has a spring-loaded mechanism that returns it to the mid position.

The car has a front swing axle and rear coil springs with special Houdaille piston-type shock absorbers. It also has Halibrand wide-base magnesium wheels with modified Cadillac brakes and Dunlop racing tires. The car’s formidable power-to-weight ratio is 7 lbs. per horsepower. When it was raced, the car could do the standing quarter mile in 12 seconds at 130 mph. Top speed with one of the many alternate axle ratios was 160 mph.

In September 1951, Butterworth wrecked his car at Shelaley Walsh, an historic motorsports facility in England. After the crash, Butterworth quit racing, but continued supplying racing engines of his own design, notably to Bill Aston for the Aston Butterworth Grand Prix car and to Archie Scott Brown for the Elva-Butterworth sports racer.

Milliken saw the A.J.B. Special in England and tried to buy it. Butterworth declined the offer, but took a second one after his accident. The remains of the A.J.B. were shipped to the United States in 1952. The Butter Yellow car was rebuilt at Cornell Aeronautical Lab in Buffalo, N.Y. where Milliken worked. He renamed it the “Butterball Special.”

The Butterball Special placed third overall in Pennsylvania’s Giant’s Despair Hillclimb on July 22, 1955; second in class at that event in 1956, third in class and 15th overall at Watkins Glen, N.Y. on Sept. 15, 1956 and seventh overall (fifth in class) at Watkins Glen in its last race. It set a track record in the Holland Hill Climb in New York on Aug. 25, 1957. In the fall of 1957, the car was donated to the FWD Museum in Clintonville.

Today, the car is intact in its 1957 configuration. The engine is frozen and in 1917 museum volunteers were looking for ways to get an aircraft engine “unstuck.” They had carefully removed the spark plugs and used a bore scope to inspect the cylinders, which look to be good. The car does not have a starter (it was designed for push starting) and the volunteers are looking for ways to make starting it, once running, a little easier.

In 2016, FWD announced that its museum would be expanding. The FWD Foundation--formed to preserve the company’s history--purchased an 80,000 sq. ft. factory building in Clintonville to use as a large annex to the tiny original museum.

The original museum building on the city’s 11th St. is the actual blacksmith shop where four-wheel-drive was invented. It holds only 12-13 vehicles, while the annex can hold over 80. The floor of the old museum was wooden and oil soaked. There was concern that a fire could destroy all the history stored there and vehicles such as The Butterball Special. That’s why the building was redecorated during the past winter.

Currently, the building project is continuing. The Butterball Special and some other early four-wheel-drive vehicles have been pushed into an area of the building for temporary storage. The floor has been cleaned and the walls have fresh paint.

The historical photos that were pinned on the walls for decades were removed and scanned so better copies could be remounted on the walls. The scans will also be preserved. There will be photo displays of different phases of FWD history, including the company’s racing heritage. The Butterball Special will be displayed in the old shop along with photos of it and the FWD Special. The latter car is now in a private collection in Utah.

Back to Post
About John Gunnell 140 Articles
John “Gunner” Gunnell has been writing about cars since ‘72. As a kid in Staten Island, N.Y., he played with a tin Marx “Service Garage” loaded with toy vehicles, his favorite being a Hubley hot rod. In 2010, he opened Gunner’s Great Garage, in Manawa, Wis., a shop that helps enthusiasts restore cars. To no one’s surprise, he decorated 3G’s with tin gas stations and car toys. Gunner started writing for two car club magazines. In 1978, publisher Chet Krause hired him at Old Cars Weekly, where he worked from 1978-2008. Hot rodding legend LeRoi “Tex” Smith was his boss for a while. Gunner had no formal journalism training, but working at a weekly quickly taught him the trade. Over three decades, he’s met famous collectors, penned thousands of articles and written over 85 books. He lives in Iola, Wis., with his nine old cars, three trucks and seven motorcycles.