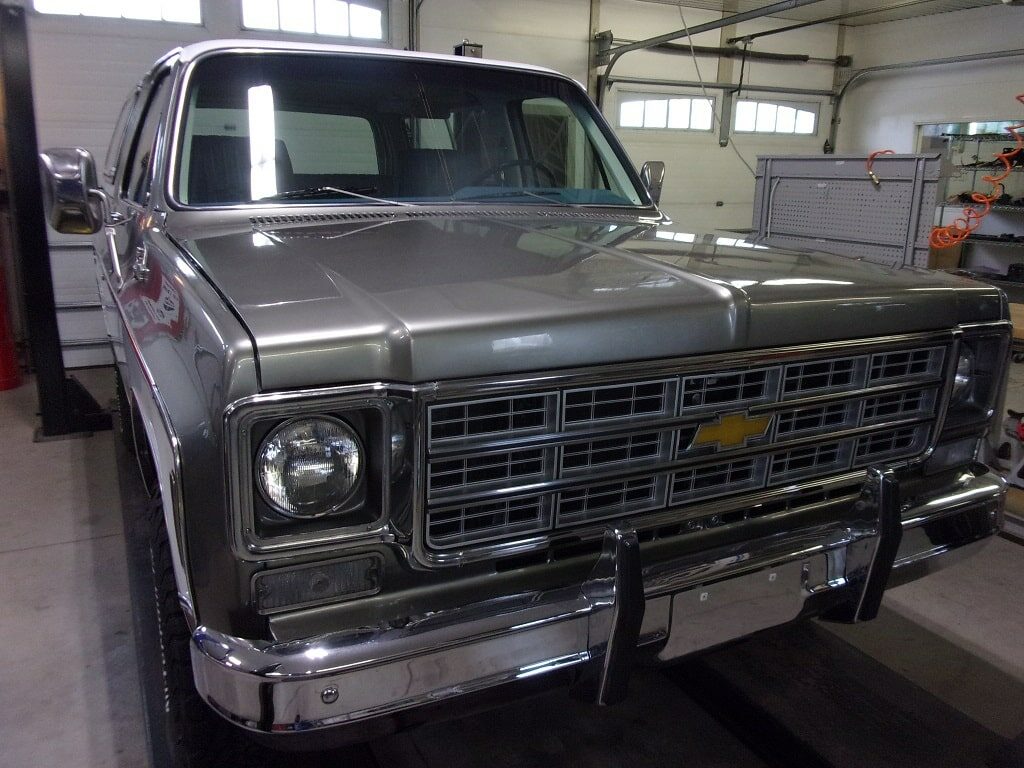 The Chevrolet K5 four-wheel-drive Blazer originated as a design sharing its basic configuration with Chevrolet’s K10 one-half-ton pickup equipped with four-wheel drive. Both models had the same front-end sheet metal, the same basic running gear and suspension and almost identical powerplants and trim options. In essence, the K5 Blazer was a full-size Chevy 4 x 4 with a shorter wheelbase and a full-length, removable roof.

In 1973, the second-generation K5 Blazer received all-new sheet metal, a substantially revised front suspension system and a full-time four-wheel-drive system when automatic transmission was ordered. The full-time transfer case was a New Process Model 203 two-speed unit that used an inter-axle differential to compensate for speed differences between the two axles. A Hurst shifter was used for the transfer case.

Design features of the “Gen II” K5 Blazer included more boxy body styling, which gave them the “Square Body” nickname, more glass area and use of curved glass for the door and rear quarter windows and rectangular wheel cutouts. The wheel cutouts were also flared to accommodate larger tires. The fiberglass top had had thicker side sections and a thinner top. New wraparound taillights were seen and the interior was modernized.

For model-year 1976, a new roof featured a permanent steel half-cab portion and a removable rear fiberglass-reinforced portion that was attached to the Blazer with 16 bots. The front section incorporated a roll bar. In addition, a Soft Ride suspension became standard equipment. In 1977, a new grille with dark metallic gray headlight bezels was seen. On the interior, larger door trim panels made of molded plastic were used.

The 1978 Blazer instrument panel pad applique and instrument cluster bezel were redesigned. A bright-finished treatment was used for the bezel and applique. A new Deluxe instrument panel option (RPO BC3) was available with a bright brush-finish insert on Cheyenne models. The intermittent windshield wiper option (RPO CD4) was also of an all-new design. The front seat belt system now used one emergency locking retractor for both the lap and shoulder belts. The retractor was relocated to the door lock pillar to improve rear compartment egress.

Front and rear wheel lip moldings became an individual (instead of package) option in 1978. The logos on the wheels were redesigned. Body moisture protection was improved. Replacing the old wood-grained door trim and rear panel appliques on Cheyennes were bright brush-finished appliques. Seat trims were made of new materials. 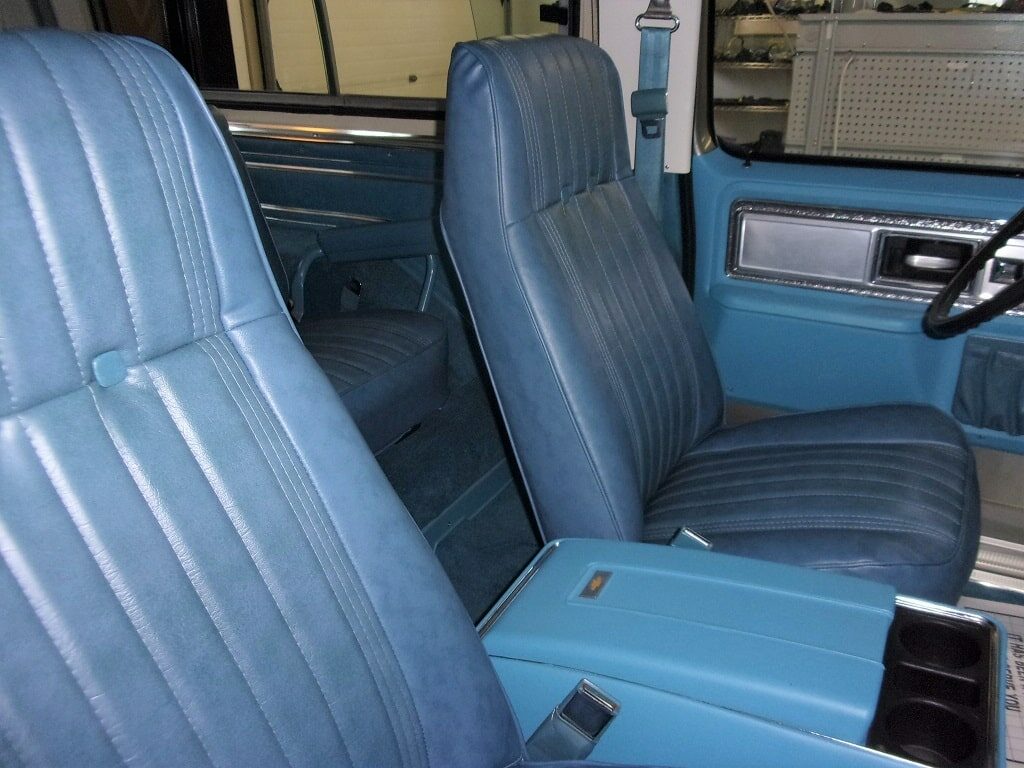 Rear legroom was improved by lowering the floor behind the front seat. The Blazer was also available with a new folding rear seat that could be removed by undoing four bolts. New high-back bucket seats were introduced. Power front door locks, power windows and a power tailgate were new Blazer options. The old 17-1/2-inch steering wheel was replaced with a 16-inch diameter soft vinyl steering wheel with a soft vinyl hub. A Custom steering wheel (RPO N31) had a bright trimmed horn button cap.

The Blazer front suspension featured two tapered semi-elliptic leaf springs with a capacity of 1650 lbs. and a load rating of 250 lb./in. Blazers also used 1-in. shock absorbers and a 1.25-in. stabilizer bar. Optional were 2250-lb. capacity springs and 32mm shocks (with heavy-duty springs only) The rear suspension had two-stage tapered and multi-leaf springs with six conventional leaves and one tapered leaf and a 1700 lbs. capacity. The load rating was 270/510 lb./in. The front axle was a hypoid type, tubular driving, with a 3,600-lb. capacity. The rear axle was a hypoid semi-floating type of 3,750-lb. capacity. Final drive ratios of 2.76, 3.40 or 3.73 were available. The transfer case used with the three-speed Turbo Hydra-Matic transmission was a New Process 203 with 2.00:1 and 1.00:1 ratios. The Blazer’s brakes were of hydraulic self-adjusting design, with front discs rear drums. Size H78-15B tires were fitted.

The Blazer in the accompanying photos is a 1978 Chevy K5 with Cheyenne trim. This Blazer received a complete, every-nut-and-bolt restoration and will eventually be displayed in the Truck Building at The Automobile Gallery in Green Bay, Wis. The Blazer has 98,210 original miles on its odometer. According to Concept Carz, a classic K5 Blazer in fully-restored condition, like this one, has a current-year average value exceeding $60,000.

The Automobile Gallery’s unit is one of the best restored 1978 Chevrolet Blazers in the country. It is loaded with options, including some very rare ones. If brought to an auction this year, this Blazer would probably bring at least $75,000. It’s that nice.