SpeedKore is an American automotive performance company that specializes in using carbon fiber body parts to create one-of-a-kind muscle and supercars. For the Grand National Roadster Show held during the last week of January, they fabricated two classic muscle cars from the ’70s using their pre-preg carbon fiber process – a 1970 Dodge Charger and a ’70 Mustang Boss 302.

SpeedKore 1970 Charger Is an “Evolution” 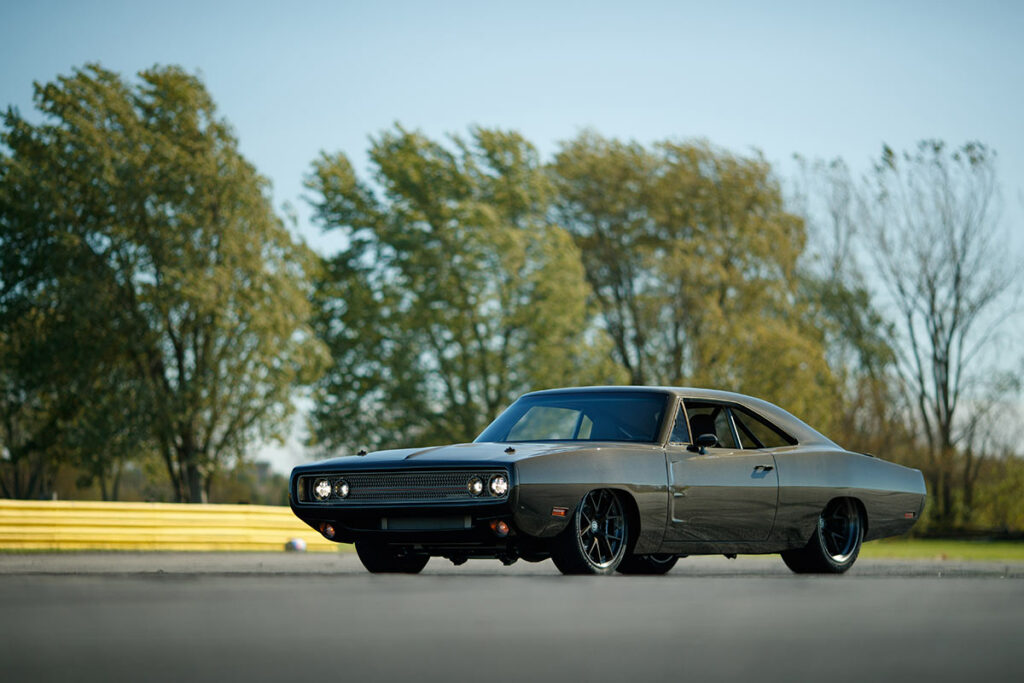 SpeedKore unveiled their 1970 Dodge Charger supercar creation, named “Evolution,” at the 2018 SEMA Show in Las Vegas and it was a smashing success. SpeedKore Vice President Dave Salvaggio got the Charger project started by designing the whole car using 3D modeling software. These 3D designs were then used to create billet aluminum molds for the carbon fiber body panels. This yielded a Charger body that weighed in at 3,200 pounds and was 50-state street legal. 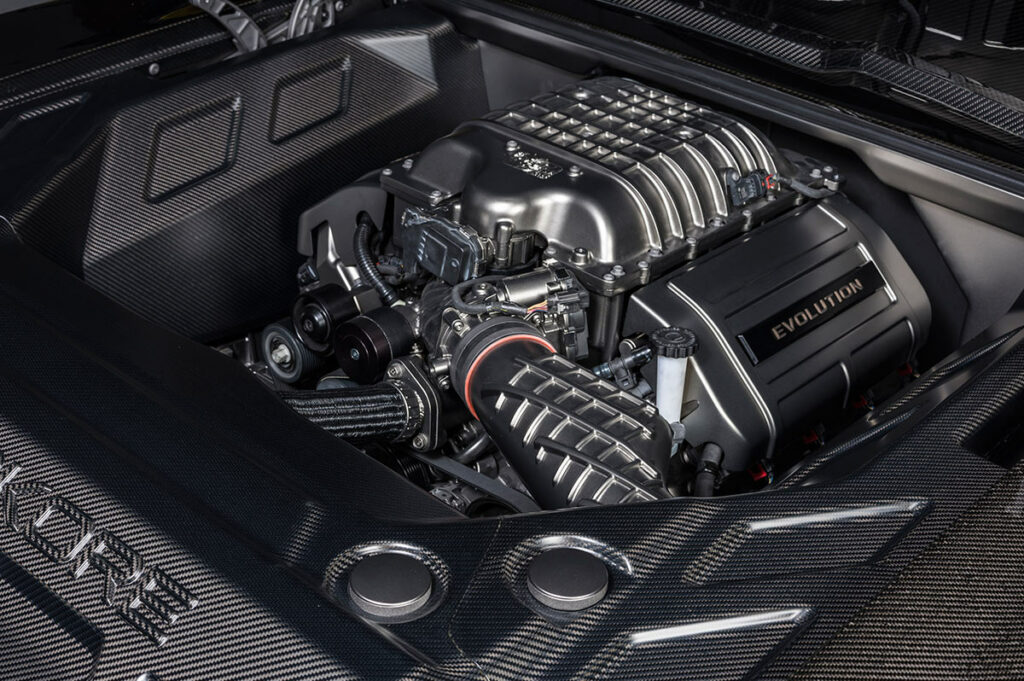 The same supercharged 6.2 liter V8 that powers the SRT Dodge Demon sits under the hood of Evolution. However, this version of the motor produces a whopping 966 rear-wheel horsepower through a Tremec T-56 Six-speed manual. SpeedKore installed bigger injectors and converted over to a dry sump oiling system to reach that horsepower mark. They also custom-designed and –built a new intake and exhaust, as well as overdriving the factory supercharger. 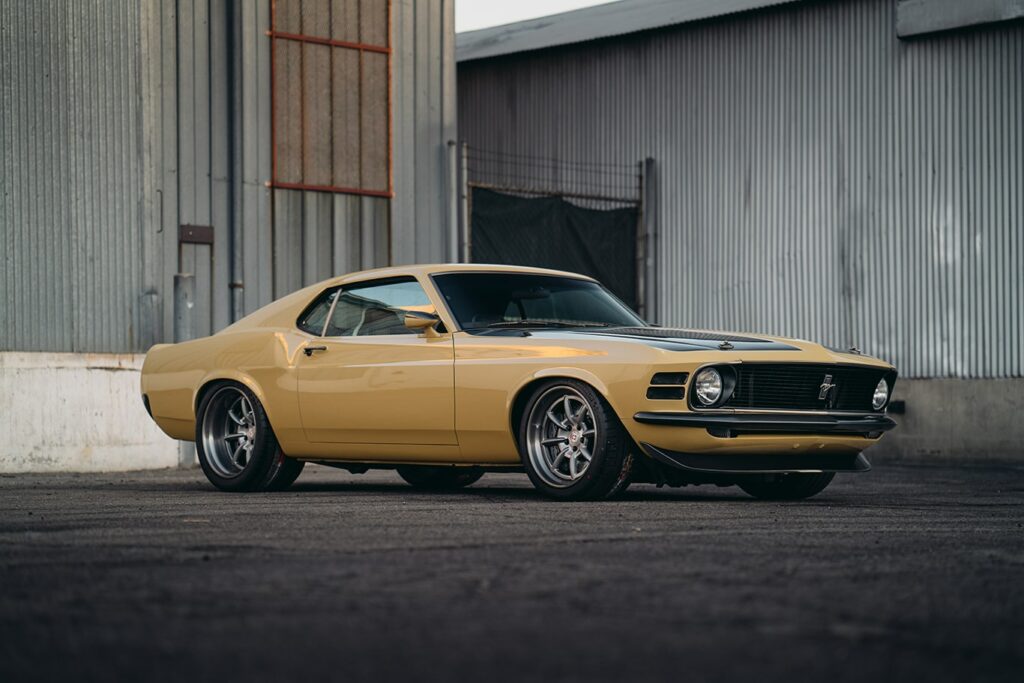 Downey approached SpeedKore asking for a classic Mustang look with modern accents and features. The result is the ’70 Boss 302 you see in the pictures. The original body panels were used as molds for the company’s proprietary carbon fiber process. An aluminum block 302 was used as the powerplant for this beast, to which a Roush Stage II supercharger was added. The six-speed Bowler T56 sends the power to a custom-crafted Detroit Speed Ford 9-inch rear. 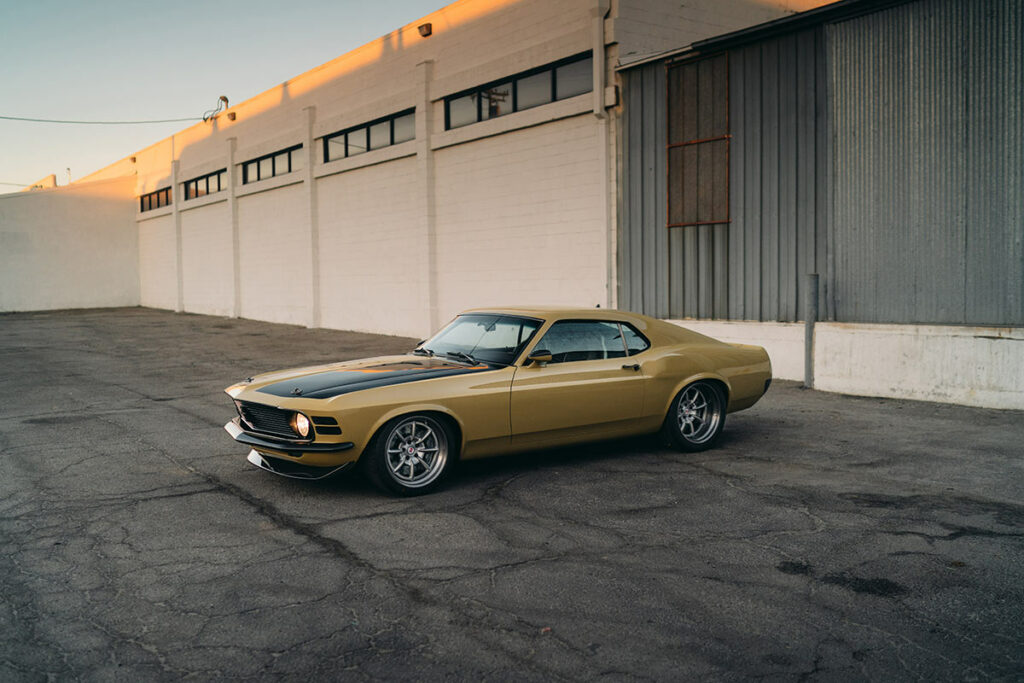 Power is controlled to the road through a Detroit Speed and Engineering Aluma-frame front suspension with a Quadra-link rear. DSE mini tubs were added to create clearance for this massive suspension upgrade. The interior was redesigned with European styling to give it a one-of-a-kind look. Downey’s 302 Boss Mustang was unveiled at SEMA 2017 and received the “Best in Show” award from Ford Motor Company.

Salvaggio told reporters, “We are incredibly excited to showcase the two vehicles at the 2019 Grand National Roadster Show. After receiving such an exceptional response during their respective debuts at the SEMA Show, we are looking forward to seeing the reaction of the enthusiast audience to these vehicles, which we believe provide a glimpse into the future of custom car building.”