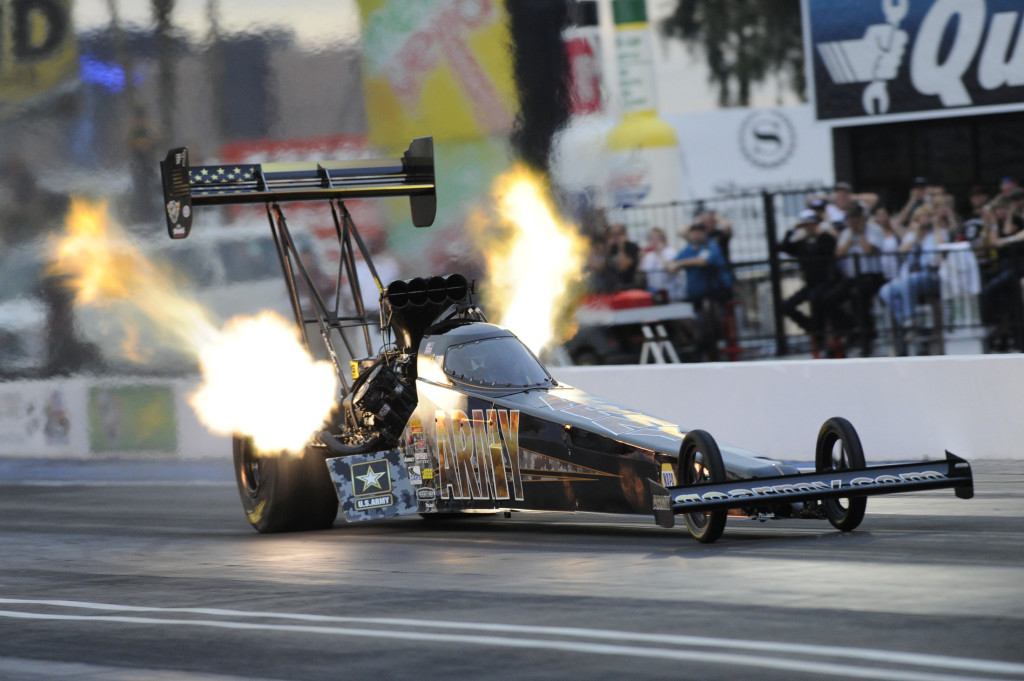 From all indications, if the NHRA Spring Training at the Wild Horse Pass Motorsports Park is going to give us a previous of things to come for 2016, I suggest you buy your tickets now.

In the desert out from nearby, Phoenix gave the inaugural NHRA sanctioned testing session under blue skies an ideal setting for drag racing teams to check out their new cars, parts, and pieces.

Many of the teams proceeded in the beginning, getting early lap times, receiving the pertinent information from their launches in hopes of establishing better 60-foot times and by Friday afternoon, the stage was set after all the examinations, inspections, and procedures were over. The teams quickly turned up the pace and didn’t disappoint.

The NHRA Mello Yello season starts this weekend at the Circle K Winternationals at Pomona, so it’s crucial to start heading in the right direction and four days of practicing got many of the teams tuned up and ready to head west. 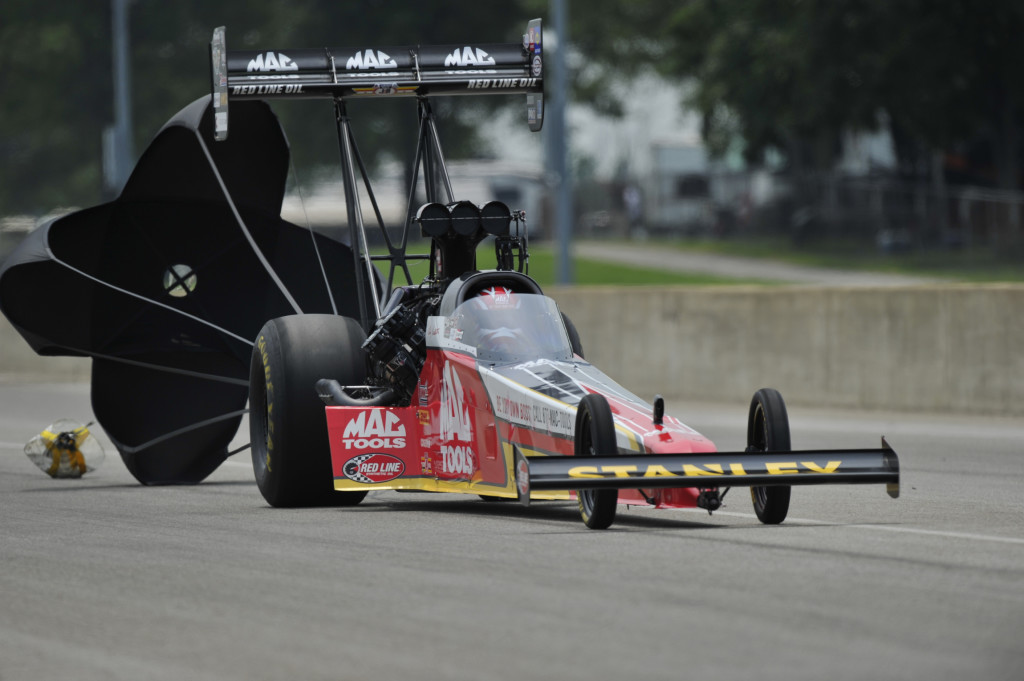 By the end of Saturday night, the four-day pre-season test session saw record-breaking runs and in the two nitro classes, Tony Schumacher driving the U.S. Army team car set the tone in Top Fuel with a time of 3.683 seconds at a speed of 325.37 mph in his final Friday afternoon attempt. It was just a whisker cut away from matching Antron Brown’s National ET record of 3.680 seconds.

“We might have run a couple 3.60s yesterday if they weren’t early shutoffs,” said Schumacher, an eight-time Top Fuel champion. “Sometimes you try new stuff and nothing works, but it’s running fast with new parts and a lot of new people working on it. It’s pretty cool getting to work with some new crew guys that used to be adversaries on other teams. The test is going well. In my opinion, the two full months off I’ve had is the longest break in my career. It takes some laps to catch back up to the car when you’ve had time off and hop right into a car that is extremely fast at the get-go.” 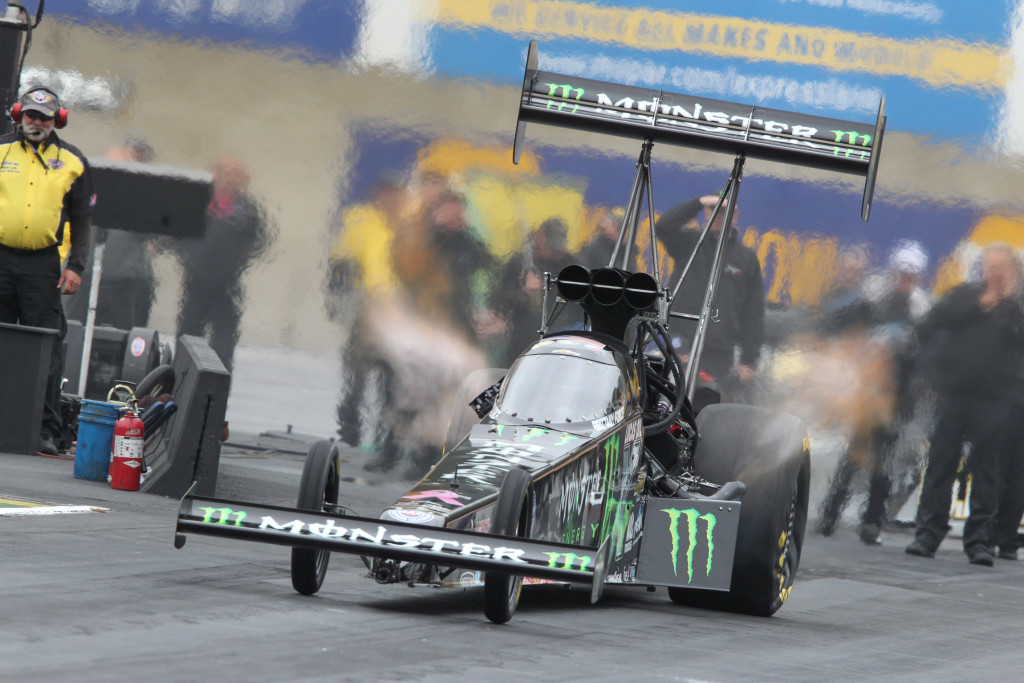 On Saturday, Brittany Force led the Top Fuel brigade, running 3.721 seconds recording three of the 10 quickest elapsed times of the weekend, adding runs of 3.747 and 3.758 seconds to her tally.

“I am definitely glad we are here in Phoenix testing. We were here for four days and I needed every single run that we made to make me feel more comfortable. Teaming up with Alan Johnson and Brian Husen as my crew chief has been great,” said Force, who finished the 2015 season in 7th place. “They have made a lot of changes to this Monster Energy dragster. They run a whole different system than what we used to run. It takes some time to adjust to that and I am learning the car. It is starting to feel like home. We ran a couple of 3.72s and I am ready to get to Pomona.”

Joining her on Saturday as the quickest of the day were Clay Millican, laying down a time of 3.739 seconds at a blower belt breaking speed of 288.87 mph that seemed destined to be in the 3.60-range. Doug Kalitta stayed solid, running the third quickest on Saturday with a time of 3.745 seconds at 325.53 mph. 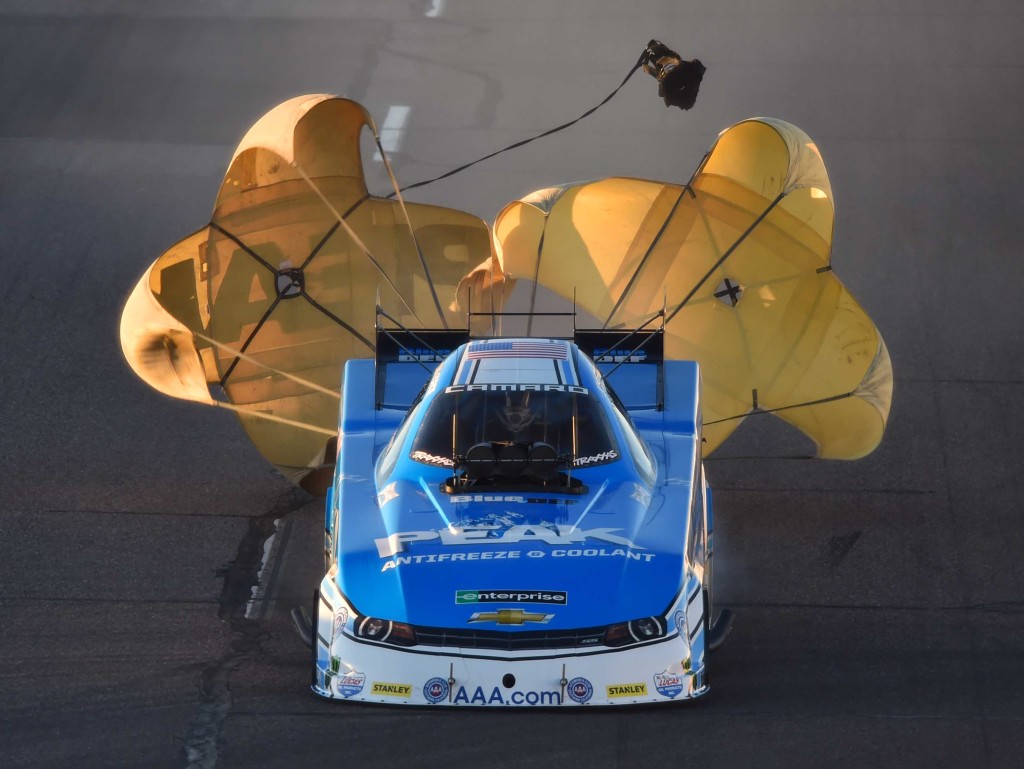 The parade of Funny Car competition is again appearing to be tighter than tight in 2016. Tommy Johnson, Jr. fired the opening salvo, running the quickest time in the history of the sport in the late stages of Saturday’s runs, posting a time of 3.873 seconds, eclipsing Jack Beckman’s National ET record of 3.884 seconds and Matt Hagan’s one-time blast at Brainerd of 3.879 seconds.

“We ran really well all week and John [Collins, crew chief] kept saying we weren’t really leaning on it, we were just testing parts to learn some things,” said Johnson, who had a strong season last year with two wins and a third place points finish. “This afternoon he said we’re going to make one more run and we’re going to lean on it a little bit. It was a really good run early and it didn’t run as well at the top end as we were expecting, but a 3.12 to the eighth-mile is pretty awesome.”

Not far behind Johnson, Jr. was his DSR teammate Jack Beckman running on Friday a time of 3.880 seconds followed by John Force Racing’s Robert Hight getting close after his time of 3.885 seconds on Saturday.

Other Funny Car drivers posting times in the 3.80 zone were Courtney Force, smiling after her pass of 3.890 seconds while Beckman stayed consistent, lighting up the scoreboard with the fifth and sixth quickest times of 3.894 and 3.895 seconds.

One of the most consistent cars was John Force’s Chevrolet, leaving Phoenix happy with his hot rod after running times of 3.914, 3.927, and 3.930 seconds over the weekend.

“We got done what we needed to here in Phoenix. I am really proud of these young kids led by Jon Schaffer,” said the 16-time champ. “We got after it every day and we got some good runs out of this PEAK hot rod. We are running right up at the top with all the other Funny Cars and that Monster dragster ran really well too. We have had a lot of change over the past couple of years, but now I am focused on winning and getting the most out of all these race teams.” 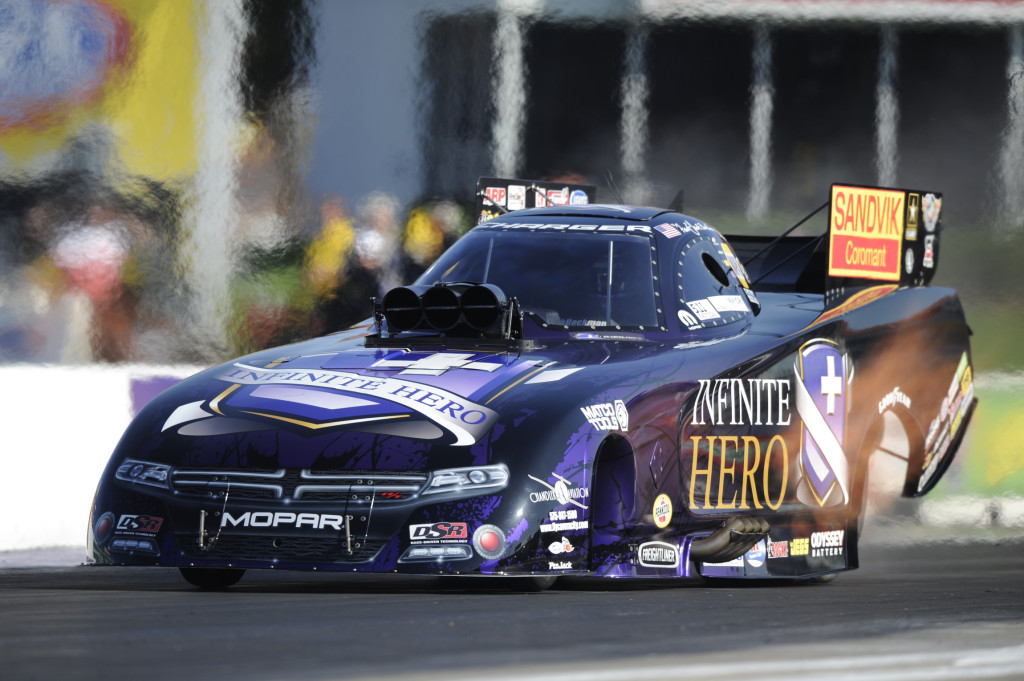 Force avoided a near disaster in Saturday’s time trials in the shutdown area when a freakish set of circumstances suddenly arose. Just as Doug Kalitta came coasting in at a normal rate of speed off the track, a slight breeze stirred up, blowing his right shoot accidentally into the left rear of Force’s car as he was riding by. Kalitta’s open chute caught force’s left rear chute bag, jerking the raised Funny Car body sideways, causing the T-Bar to fall and sending crew members scurrying for safety. It appeared to be only minor damage.

The Circle K Winternationals starts on Friday, February 12 running through Sunday, February 14 at the Auto Club Raceway at Pomona.

Below are the top 10 quickest runs overall in each category from the four-day test session: