Canyon carvers and autocross racers around the world can’t wait to get their hands on the 2016 Mazda MX-5 Miata. Being an all-new design, aftermarket manufacturers are also eager to size up the spirited convertible so they can start building the latest and greatest accessories. Thanks to the Specialty Equipment Market Association (SEMA), the manufacturers who are based in or could get to Southern California this week were treated to an exclusive measuring session at Mazda’s North American headquarters.

50 of the industry’s leading manufacturers, including members of the Performance Racing Industry (PRI), signed up to participate in the three-day all-access program. Technicians were able to take measurements and scan everything from the intake, engine and powertrain to the body, trim pieces and contours. SEMA also recorded laser scans to add to their library of over 10,000 CAD files as part of the Tech Transfer program. 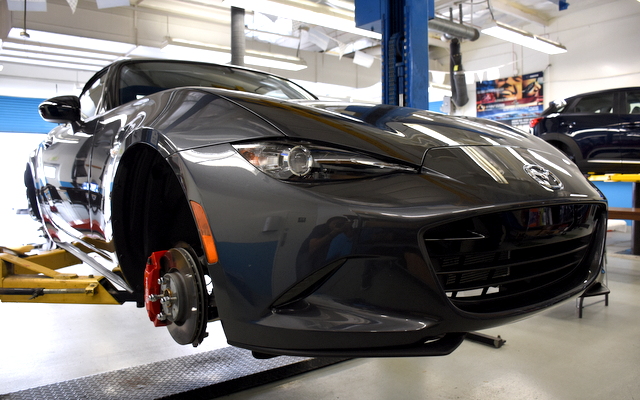 In the garage were two MX-5 Miatas, the Sport trim on hydraulic jacks and the Club trim already on a lift with its gunmetal BBS wheels removed to reveal the optional Brembo brakes. 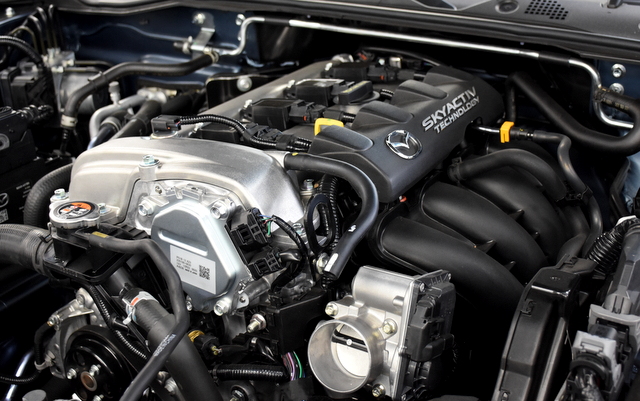 Announced earlier this year, MX-5s sold in North America will come standard with a 2.0-liter 4-cylinder engine producing 155 horsepower and 148 lb-ft of torque. 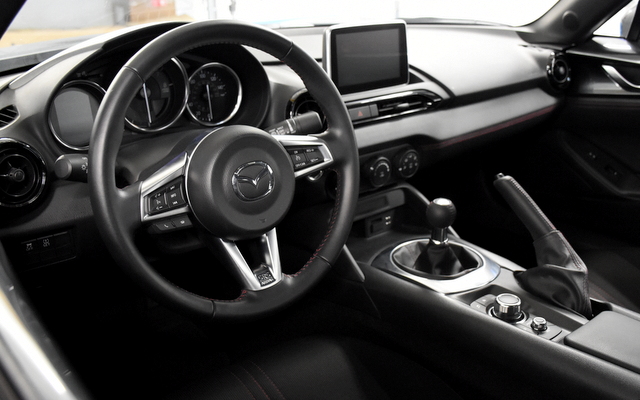 Having access to the MX-5 Miata before its public release gives aftermarket manufacturers an advantage by decreasing their production lead time, and allows them to have upgrades and dress-up parts available for purchase alongside the launch of the car. The industry has been noting the importance of these measuring sessions, with this year’s attendance of 183 manufacturers already surpassing 2014’s total attendance by 20%.