All images courtesy of Shelby America

The original Shelby Daytona Coupe is considered America’s mythical unicorn. It’s hard to argue the Coupe’s place on America’s road racing Mount Rushmore, joining its brother the AC Cobra and Gt40 as some of Americas most storied race cars. Only 6 Cobra Daytonas were built between 1964 and 1965. In 1965, Shelby won the FIA World Sportscar Championship, prying away the title from rivaled Ferrari. So with each of these examples in the multi-million dollar range, being able to get your hands on of these is near impossible, until now. 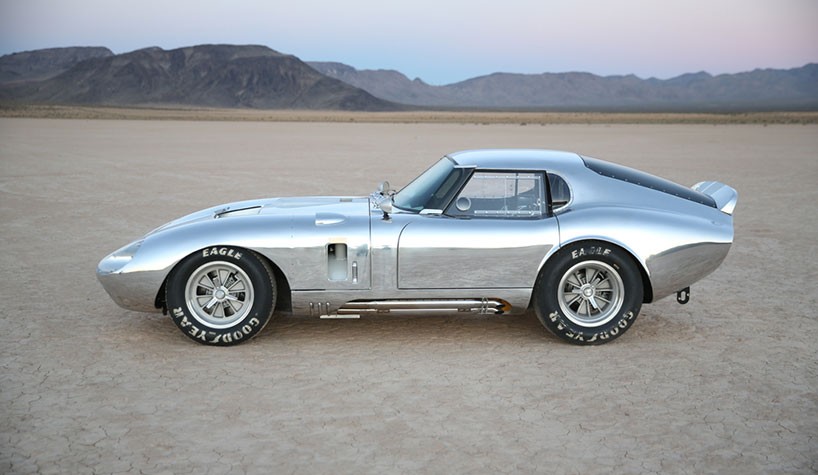 To celebrate the 50th anniversary of the FIA World Championship, Shelby will offer 50 limited series examples of the Cobra Daytona Coupes. So, maybe it still seems impossible to get behind the wheel of one of these cars; but hey 56 is better than 6. Shelby will debut the special version at the 2015 Pebble Beach Concours d’Elegance on August 16, in Monterey, CA.

The new Coupes will be outfitted with an original style tubular chassis, available in either fiberglass or aluminum. The aluminum version will boast a $345,995 price tag with the Fiberglass version coming in at only $179,995. some of the standard features include period-correct leaf spring suspension, a wooden steering wheel, Shelby-branded leather trim, four-piston Wilwood brakes, 15-inch wheels, and special badging. Optional extras include additional sound deadening material and a stripe package. Right-hand drive is also available. Shelby American COO Keith Belair said in a statement. “We spent the last year carefully planning an aluminum car that is faithful to the six built during the 1960s.” This is very exciting news for American sports car enthusiasts; we will keep you posted with any new developments.