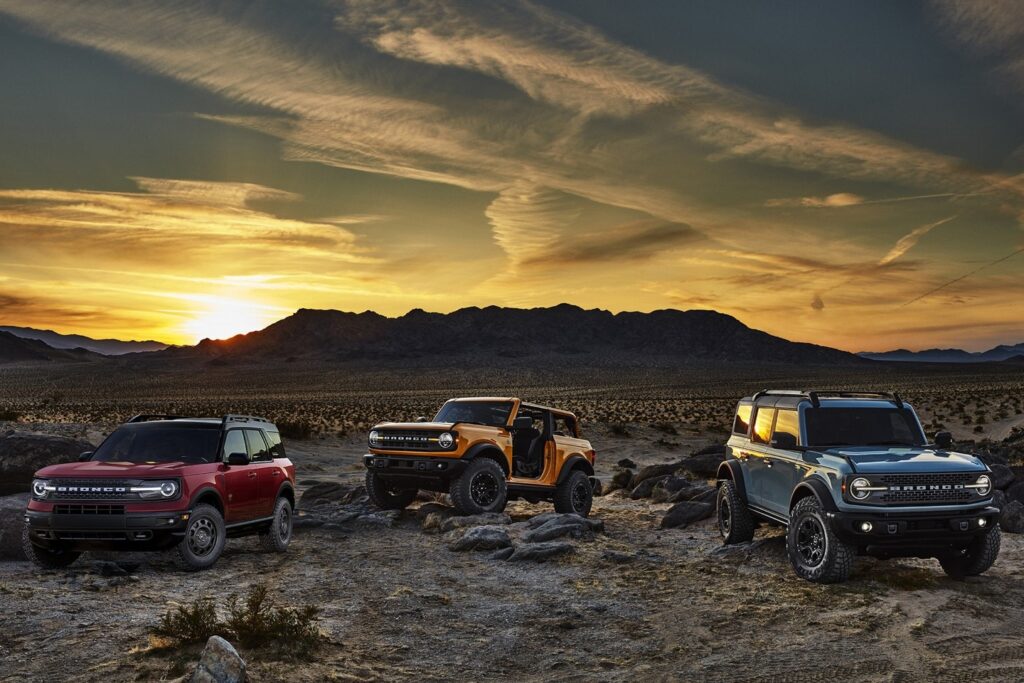 As SEMA 360, the virtual version of the automotive aftermarket’s largest tradeshow, kicks off today, Monday, November 2nd, a few things become readily apparent, aside from the lack of fan favorites (Meguiar’s, Holley, and more are all choosing not to participate).

Mike Rowe and Tanner Foust launched the show with a keynote sponsored by Optima Batteries focusing on racing, wrenching and doing what you love before West Coast Customs kicked off their Live 24 Hour Build — a Dodge Ram that will evolve into the Ultimate Work Truck for Tough Built. The build will also serve as a fundraiser, with the highest contributor taking the truck and the funds going to the USO.  Watch the build live:

Toyota held the first press conference, basically a pre-recorded announcement of their current focus – the new Supra for racing and drifting, and a rugged overland-ready Tacoma build by 4WD Toyota Owner Magazine. 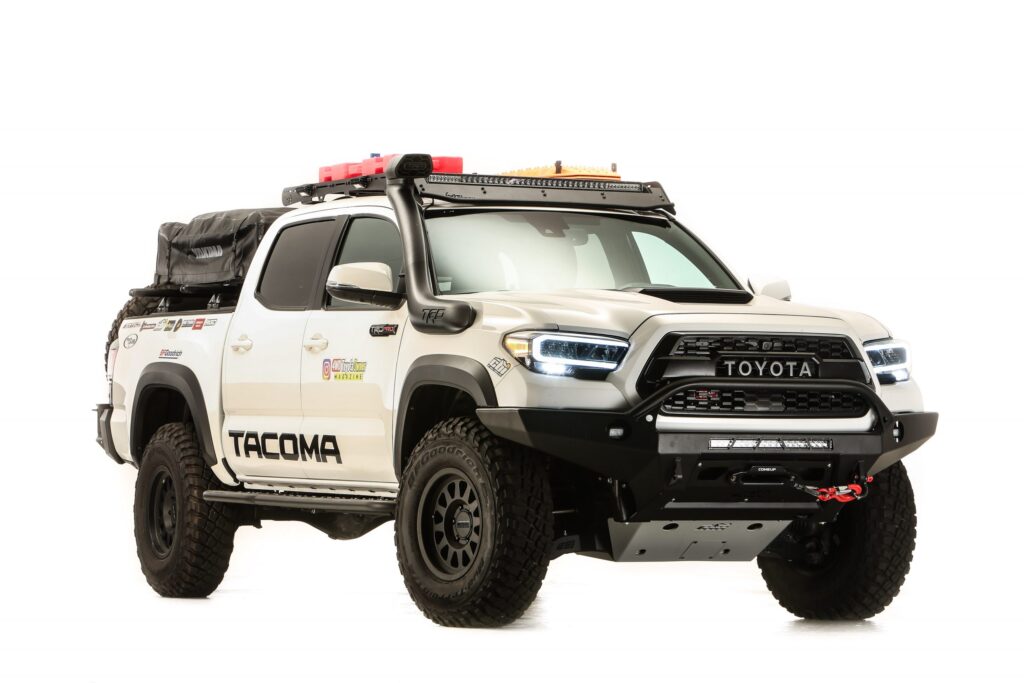 Mopar usually brings the power at SEMA, and this year, the lack of muscle car presence is a little disappointing.  It’s all Jeep, all the time. However, the emphasis on Jeep upgrades and accessories (like the doors-off mirror kit for Wrangler and Gladiator) the  is no surprise.  The day that the Bronco launched was the day that Jeep v Bronco became the ringside attraction for the next however long. A cool Gladiator Top Dog concept helps soothe the sting, but anyone hoping for a Hellcat experience will have to be content with coverage from year’s past. 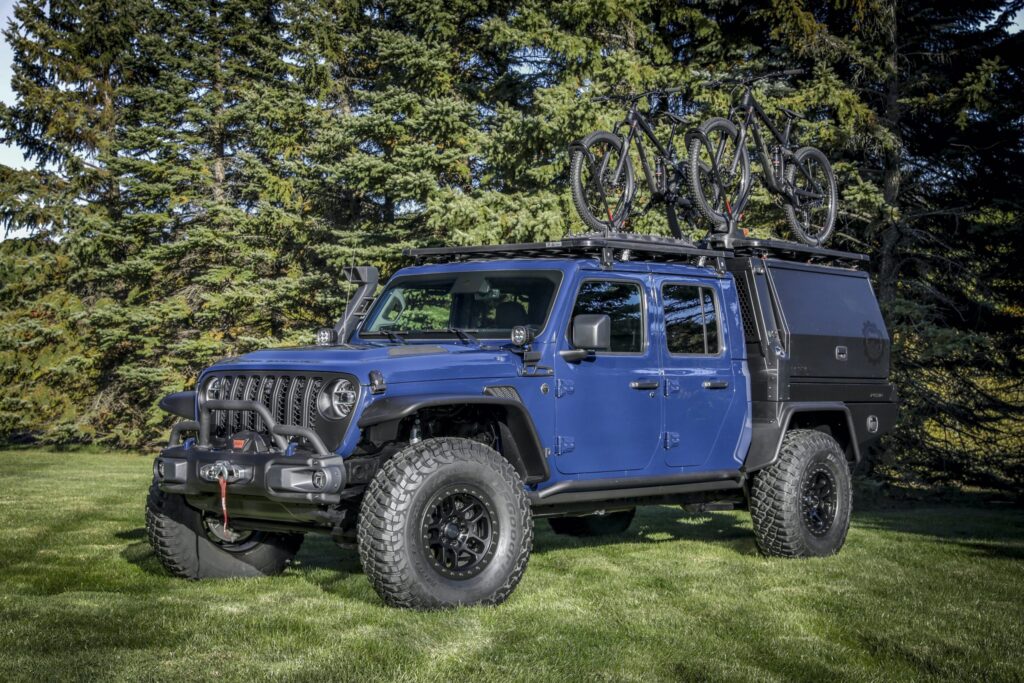 In a similar vein, Ford is all about the Bronco.  The Blue Oval shared a bunch of videos of their new super star, along with showcasing some healthy love for the GT, the Mustang in it’s new iterations (Mach 1, Cobra Jet, anyone?) and of course, the MACH E. If you’re not having the electric conversation, you better start.

Which leads us to the bowtie – Chevrolet’s 1977 K5 Blazer-E build doubles down on their e-vision (and the rife speculation that’s accompanied months of personnel and department shuffling to focus on an EV division. The K5 Blazer-E uses a Bolt EV electric motor, delivering 200 horsepower and 266 lb-ft of torque, paired with a Chevrolet Performance electronically controlled four-speed automatic. Chevy’s got a vision, and that vision is big, bold and quiet.

Tune in over the next five days as we explore everything SEMA 360 has to offer, including the New Product Award Winners, the Battle of the Builder’s, education track seminars and of course, our favs from the builder and product showcases.