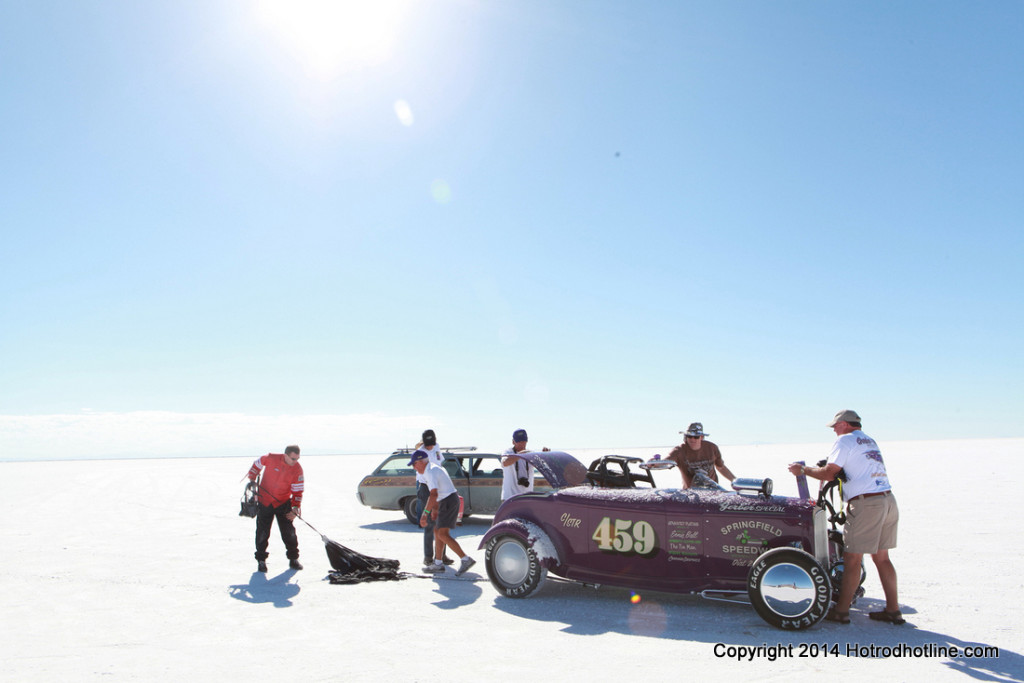 When the SCTA-BNI made the difficult decision to cancel Bonneville Speedweek for the second year in a row due to flooding, they were already looking for a way to make it up to the racers who had been anticipating running on the salt.

They first considered El Mirage, but the lake bed is also flooded, and so the Mojave Mile fell into consideration.  Reaching out to the Land Speed Racing community, they received a positive response to the idea of running a weekend event August 8-9 in Mojave, CA on the airstrip. 130 participants were needed to confirm the location and the slots quickly filled up.

While the airstrip is a different surface and experience than the salt flats, it still represents an opportunity for racers who have been prepping all year to get a look at times and performance. Some will need to make strategic and physical changes to run on the asphalt, but it’s part of the game when you’re pushing a vehicle to go as close to 200 mph as possible.

The event will be live-streamed. You can check it out here at the SCTA-BHI website beginning on August 8: http://www.scta-bni.org/live-streaming.html

For more info, check out the SCTA site, or visit the Facebook page for the schedule of events and the modified rules.