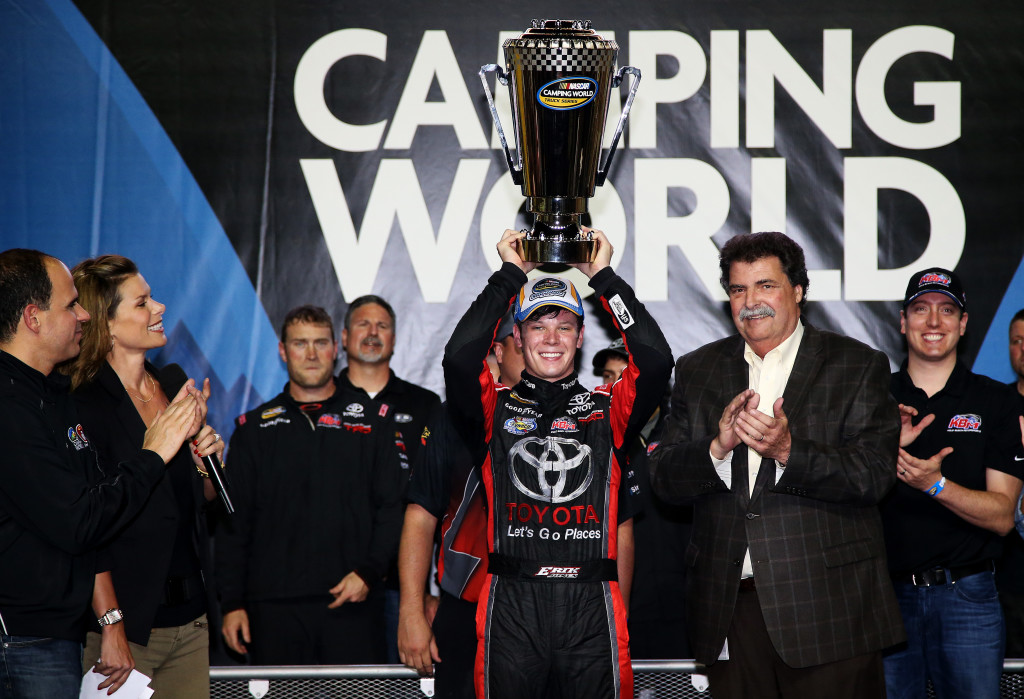 The ceremonious occasion brought KBM their fourth Truck owner’s championship and now Jones brings with him their first driver’s trophy.

Defending truck champion, Matt Crafton, made a strong campaign right down to the finish, winning the Miami race fending off a resolute John Hunter Nemechek for his sixth win of 2015, but was 22-points shy, winding up in third place in the final tally.

Crafton said he was happy to be able to “take the gloves off” and go all out for a win.  “That was lot of fun,” he said.  “It’s amazing what Junior (crew chief Joiner) can do with these trucks.  On that last run, we hit a home run there.”

Reddick finished second in the final standings, stranded at 15-points at the end of the season despite finishing third Friday night, waged a great fight and was proud of his run for the title. 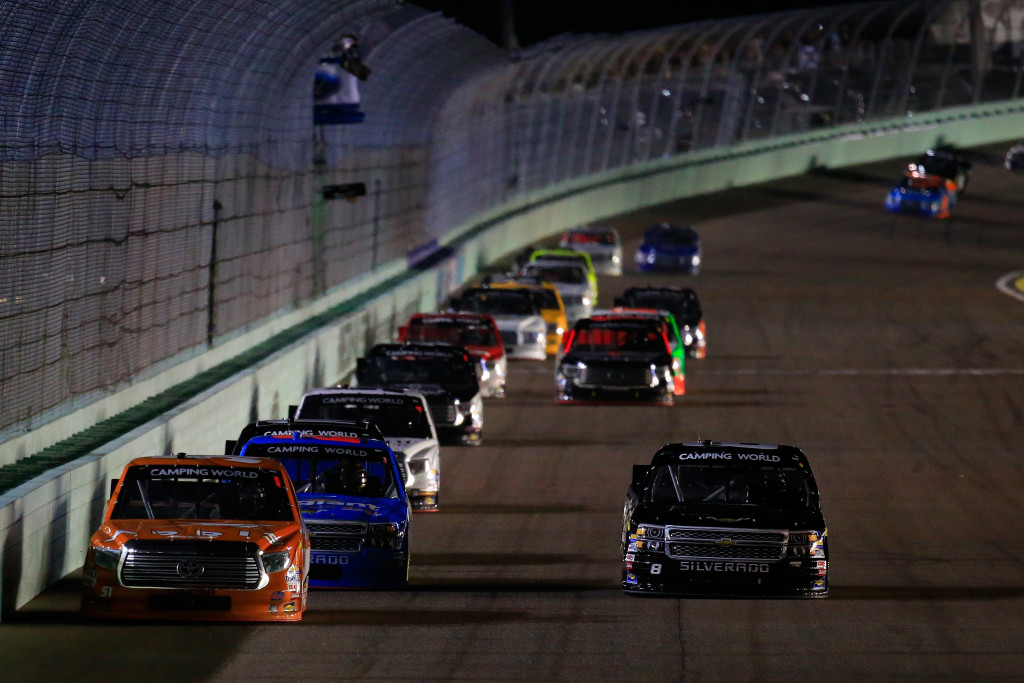 “Well, obviously first off, I can’t thank my team enough, Brad Keselowski Racing did an outstanding job all year long,” said Reddick, who won the season-opener in Daytona back in February.  “We’ve grown so much these last two years, and in this first full-time season we knew was going to be a challenge for us, but we started off very well on the right footing, and we just worked together all year long.

“It was taxing at times.  We were definitely really fast at times, too.  Unfortunately, we didn’t lead as many laps as the other two competitors, and we didn’t win as many races.  But we were very consistent.  We were proud about that, and just have to move on to next year, and hopefully we can plug away at it and get a championship done for our team.  I know what second place feels like now, and I really don’t like it too much.  So if I didn’t have enough reasons to win the championship, I’ve got one more.”

New champion, Erik Jones almost looked stunned arriving on stage to accept his trophy and accolades at his championship presentation.  He had three wins in 2015 giving him a total seven in his young Truck career and was satisfied with his race strategy of making sure that all four wheels of his Toyota Tundra would cross the finish line, staying clear of calamity. 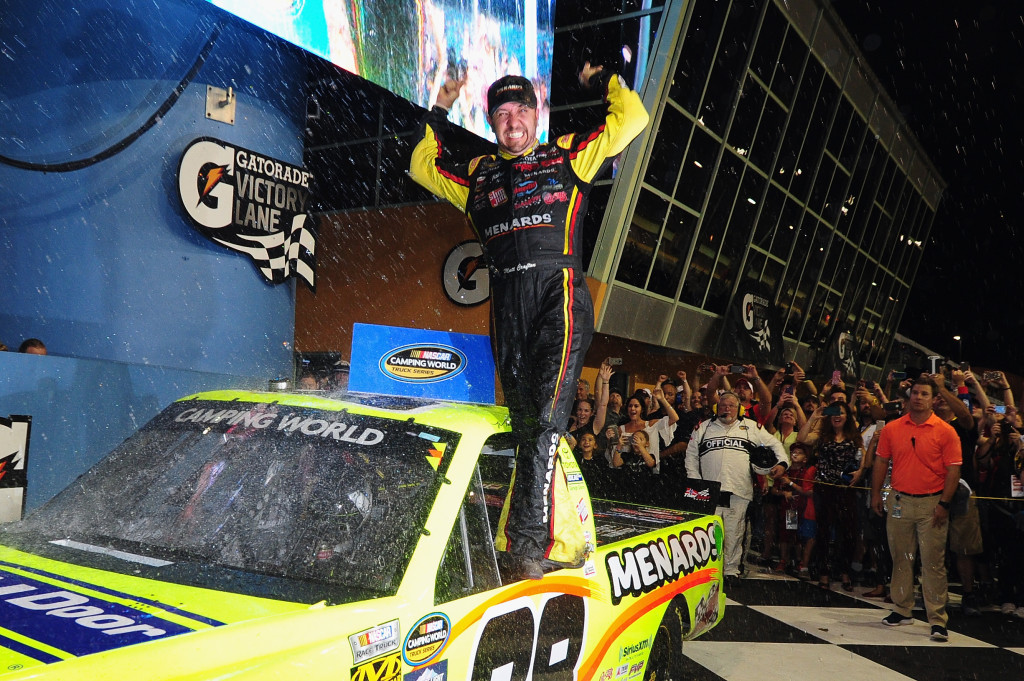 “Well, I think it’s going to take some time to sink in, you know, but just an awesome season,” smiled the new Truck champion.  “Just a real team effort from the start.  We early on went through some adversity, putting the team back together to championship form there for the latter part of the season.  We got it really going working for the championship and earning ourselves a cushion coming into Homestead, and honestly still being able to run strong all day.  Just really proud of everybody.  Just can’t thank them all enough.  Thanks to Toyota, TRD (Toyota Racing Development U.S.A.), and Kyle and Samantha for the opportunity alone.  So many things had to come into play for me to even be here at this moment, so it’s just pretty special for everybody.” 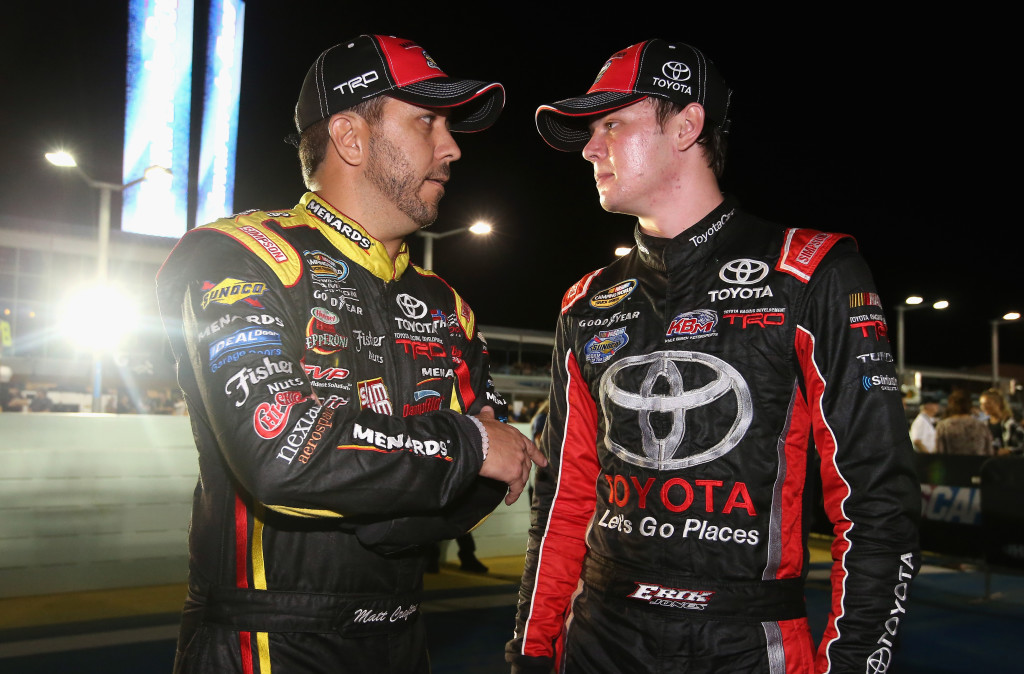 Car owner and 2015 Sprint Cup Champion, Kyle Busch was all smiles standing on stage sharing the moment with his new champion.

“Eric’s done a lot of growing up in a short period of time,” Busch said of his protégé.  “I’m glad he stuck with me and our plan.  I think he has a lot of bigger and greater things ahead on his plate.”

The average speed of the Ford EcoBoost 200 was 126.725 miles per hour along with four caution flags for 18 laps.  There were 14 lead changes among six drivers. 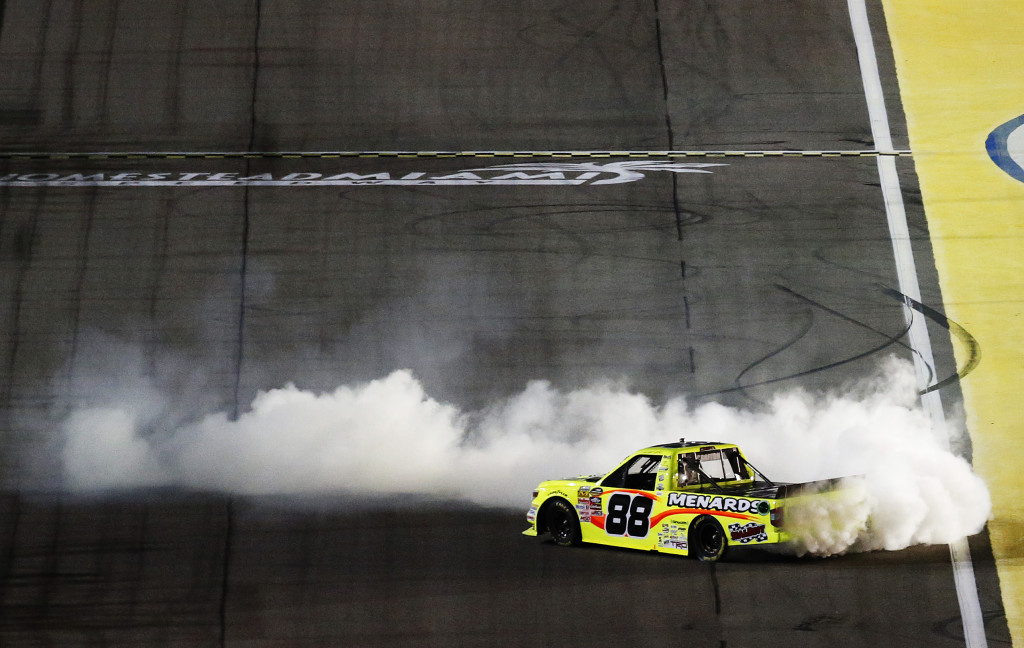 The next NASCAR Camping World Truck Series event will be Friday night, February 19, 2016, at the Daytona International Speedway for the running of the NextEra Energy Resources 250 to kick off the season.