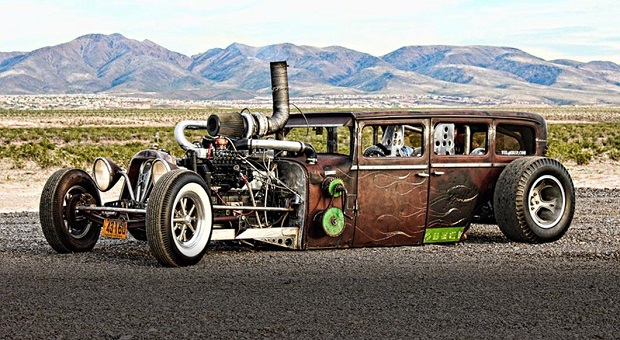 Perhaps one of the most extravagant builds featured on this site, this ‘28 Dodge Sedan from Las Vegas’ Welder Up is nothing short of extraordinary. Nailing that dieselpunk aesthetic better than anyone else, this monster pukes black smoke with little regard for its rear tires or the respiratory health of those around it. With a slammed stance, massive tires, gobs of turbocharged torque and some agricultural style thrown in, there are few cars that can, or would, compete with this threatening piece of machinery.

Steve from Welder Up took some unusual styling touches and implemented them seamlessly into the build, including chainsaw trim and a bumper made from an excavator’s engine’s pistons. Dragging its belly on the ground, this Dodge Brothers sedan has no shortages in the style department – and has the giddy-up to match. In fact, that might be a massive understatement. 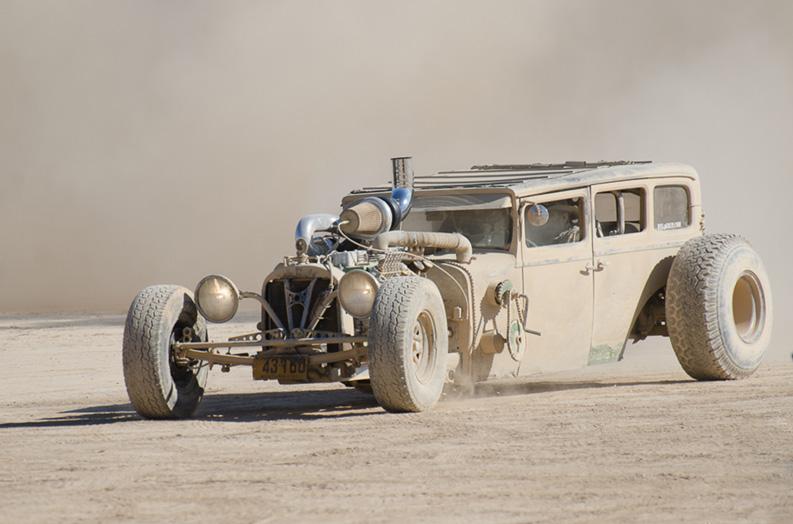 Steve felt the best way to get this 3,800-pound bruiser moving was with Cummins diesel power from a modern Dodge Ram 2500 – a ‘98 model to be exact. First, the 6BT inline-six was thoroughly reworked and replumbed. Helping that massive turbo spool a little faster is a Nitrous Express system and a Fass fuel system. The whole package, somehow, makes 1,200 horsepower at the rear wheels and a pavement-liquefying 1,800 lb/ft of torque! Driven through a Turbo 400 transmission, that should be enough to vaporize the stickiest of tires on the rear axle. 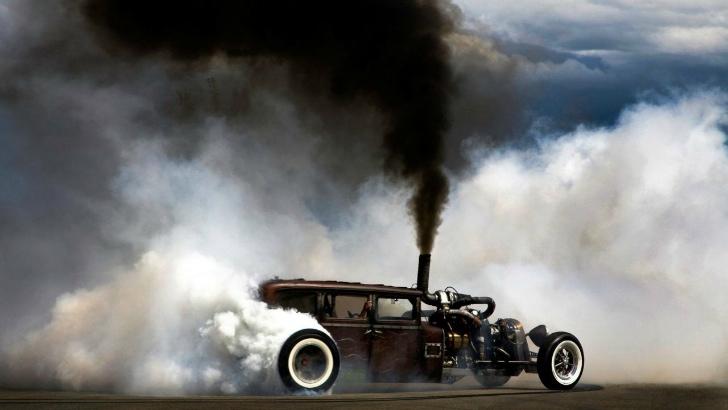 Incredibly, that earth-turning grunt powers a chassis made from farm equipment and an odd collection of knick-knacks. One might think it would snap in half at the first prod of the throttle. However, it’s been fortified with a rollcage, and with a decent set of tires it would be competitive at Bonneville. Though it oozes style, it’s got the foundation to withstand the abuse through which it’s regularly put.

Of course, it wouldn’t have the same sort of presence if it were drab and gray. For that zing factor, the body was hacked and tunneled to fit the handmade frame, which took 4,500 hours to craft, and then Steve starting picking and pulling goodies from the farm and the wrecking yard to build a one-of-a-kind machine. For instance, the front axle is borrowed from a coal mining truck. The trim around the body is a bandsaw blade, and a chainsaw blade is used to wrap the cowl. 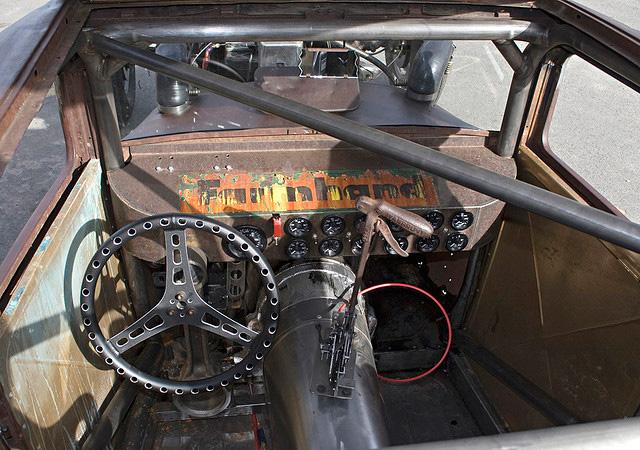 The style doesn’t stop there; the dash is made of sheetmetal harvested from an old piece of farming equipment, a connecting rod from a bulldozer holds the steering column in place and the rear bumper uses those aforementioned pistons for a bit of hay bail haute coteur. 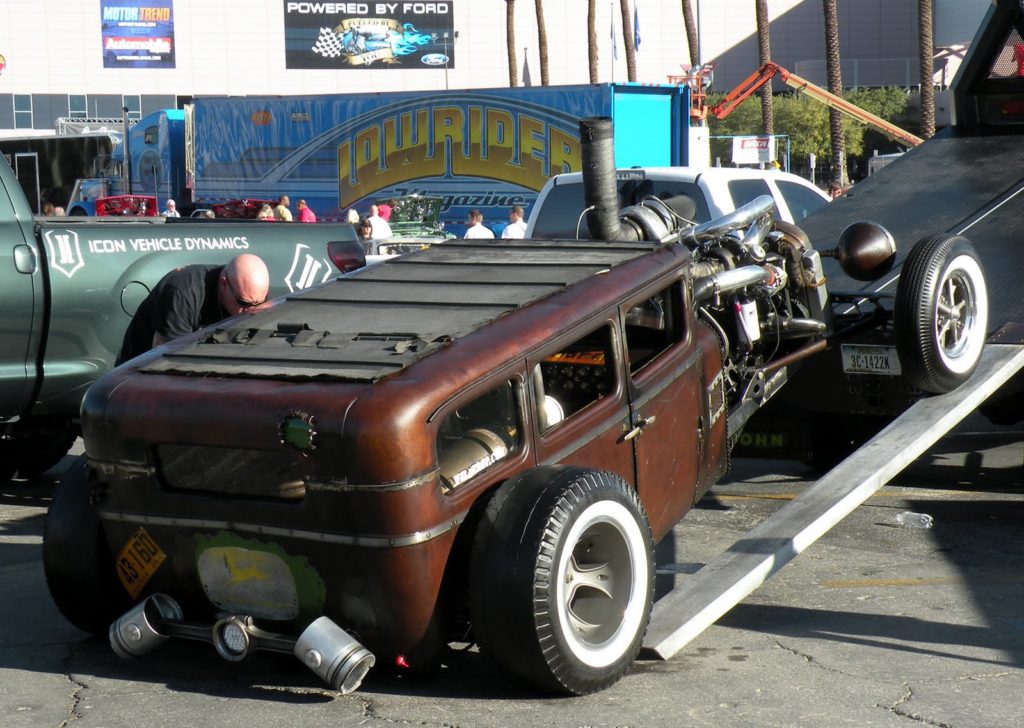 That might be enough to satisfy some fans, but those with a serious speed streak won’t be disappointed either. Incredibly, even with the substantial heft, the Dodge does the quarter-mile in 11 seconds at a scorching 125 mph! Who says you can’t have style and speed at the same time?