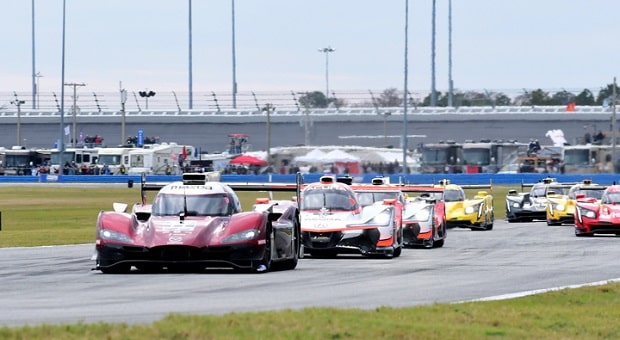 This weekend marks a star-studded 58th Rolex 24 at Daytona and the start of the 51st season of IMSA WeatherTech Championship racing. The first major motorsports meeting of the 2020 season, the Rolex 24 brings together 12 diverse manufacturers and a host of driving stars from across the racing universe.

One of the more heavily-anticipated debuts in this sports car extravaganza is the appearance of reigning and two-time NASCAR Cup Series champion Kyle Busch, who is racing with the AIM Vasser Sullivan Lexus team in the populous GT Daytona (GTD) category. Busch, who is accustomed to driving the heavy Cup cars, used the Roar before the Rolex 24 test sessions earlier this month to get acclimated to the 3.56-mile Daytona International Speedway road/oval course and his Lexus RC F GT3 racecar.

But the NASCAR champion isn’t the only racing star attempting to beat both the track and theater 38 entries, which are spread over four classes: Daytona Prototype International (DPi), Le Mans-based LMP2 prototypes, GT Le Mans sports cars and production-based GTD racers. The race is noted for attracting all-star fields to meet the challenge of racing through 24 hours, much of it in the dark of night.

The vehicular stars of this race are customarily the prototypes that melded the former Grand-Am Road Racing and American Le Mans series to become the apex of American sports car racing, the WeatherTech Championship. In the DPi category, there are three manufacturers vying for honors among eight cars at Daytona, and the smart money usually rests with Cadillac, who have been victorious in the past three 24-hour meetings. 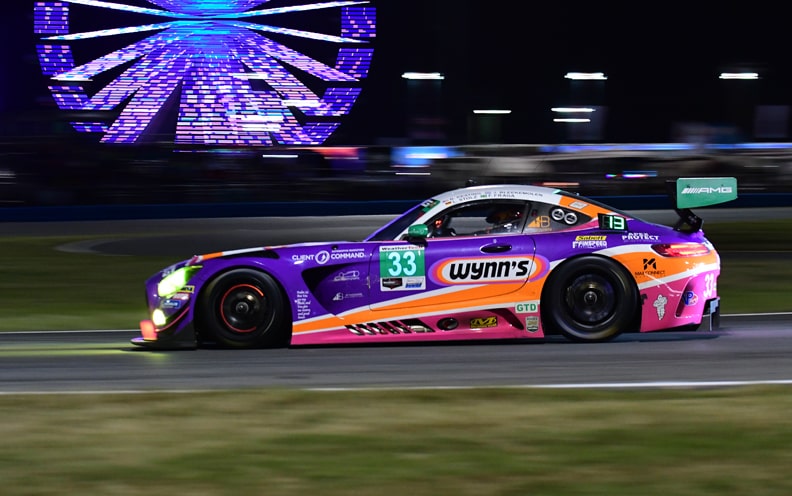 These are the Cadillac teams: Action Express (No. 31), reigning champions Wayne Taylor Racing (No. 10), and JDC-Miller MotorSports (No. 5 and No. 85). Acura Team Penske, the reigning 2019 WeatherTech champions with Dane Cameron and Juan Pablo Montoya are returning with their two cars, while the fastest team on the grounds, Mazda Team Joest, has their two-car entry. The Acura and Mazda teams have yet to win a race longer than six hours, which gives Cadillac entries their edge.

In LMP2, all cars use Gibson V-8 engines but do have the choice of chassis. With this week’s withdrawal of Rick Ware Racing’s Riley/Multimatic LMP2 entry, the class now has five cars in the total 38-car field. That leaves only the ORECA chassis for the remaining entrants: Tower Motorsport by Starworks, Era Motorsport, Performance Tech Motorsports, PR1 Mathiasen Motorsports and DragonSpeed USA. With former Le Mans winner Ryan Dalziel, together with David Heinemeier Hansson, John Farano and Nicolas Lapierre, the Tower/Starworks ORECA has to be a favorite.

The GT Le Mans class, which is eligible to race in the summer’s highly anticipated 24 Hours of Le Mans, has been cut down by the absence of Ford’s GT cars, which the manufacturer had hoped would catch on with privateers; that hasn’t happened. Ford’s absence leaves the two brand new Corvette Racing C8.Rs, BMW Team RLL’s 2019 Rolex 24 winning pair of BMW M8 GTEs, and a single Ferrari 488 GTE from Risi Competizione to combat last year’s championship Porsche GT Team, which has once again entered two cars. Risi was quickest with its Ferrari at the Roar; can they overcome relentless poor luck to succeed this weekend? 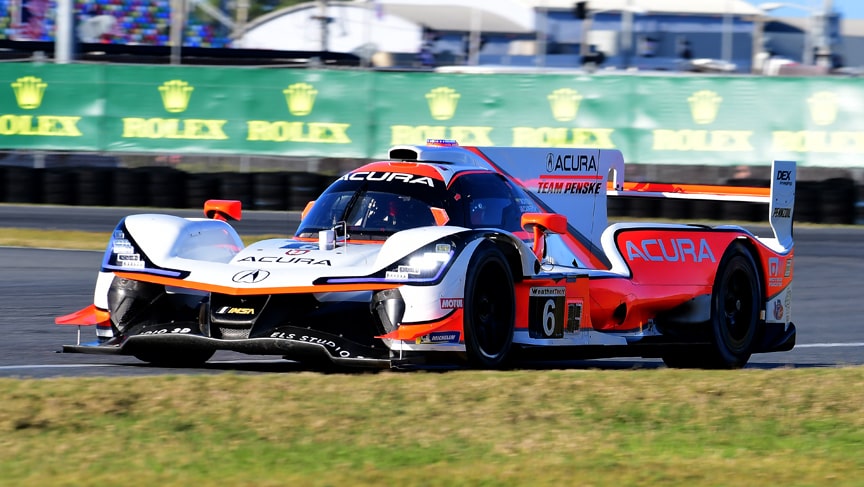 The GT Daytona (GTD) class is the largest (18 cars) and most diverse. Joining the two-car AIM Vasser Sullivan two-car Lexus team are five Lamborghini Hurricane GT3 racers, three Porsche 911 GT3 Rs, two Aston Martin Vantage GT3s, 2019 class champions Michael Shank Racing with two Acura NSX GT3s, along with one each Audi R8 LMS GT3, a BMW M6 GT3 and a single Mercedes-AMG GT3. For sure this class is too tight to call, but the Lamborghini contingent appears to have strength in numbers.

As usual, the weather will play a large part in practice, qualifying and the 24-hour race. With a 3:30PM Saturday afternoon start time, it’ll be dark less than three hours from the green flag and temperatures are expected to dip into the mid-40s overnight. Practice and qualifying are set for Thursday, when temps are expected to reach 70F, while rain is intended to clear out before practice begins on Thursday morning. No rain is forecast for the race itself – a nice change from 2019, when monsoon conditions caused lengthy red flags.

Prior to Saturday afternoon’s green flags, there is a heritage exhibition and 24-minute “race” for 28 significant historic race cars. The cars range from 1965 through 2013 and include the legendary 1985 No. 14 Holbert Racing Lowenbrau Porsche 962 HR1 and team owner Alex Job in the 1995 No. 56 Porsche 911 GT2. On Saturday morning they’ll turn demonstration laps and a parade lap around a portion of the road course. 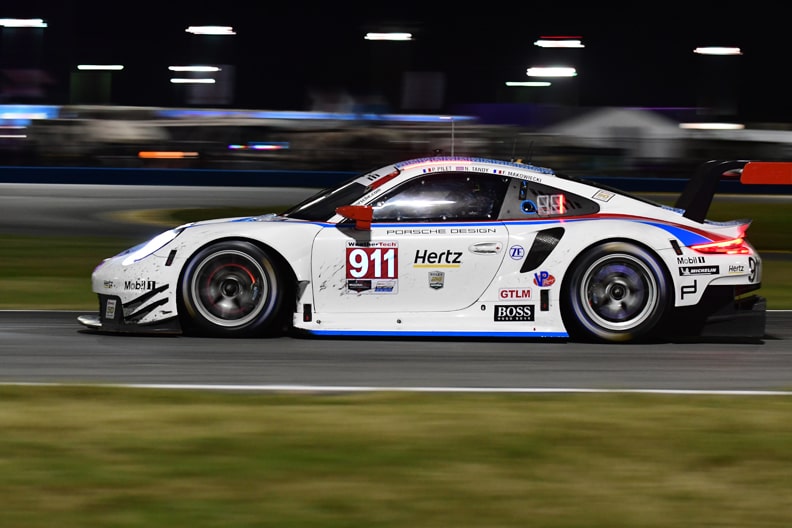