Betty Jane France, a philanthropist in support of children’s health causes, passed away Monday evening. France was executive vice president and assistant treasurer of NASCAR and the chairwoman of the NASCAR Foundation. 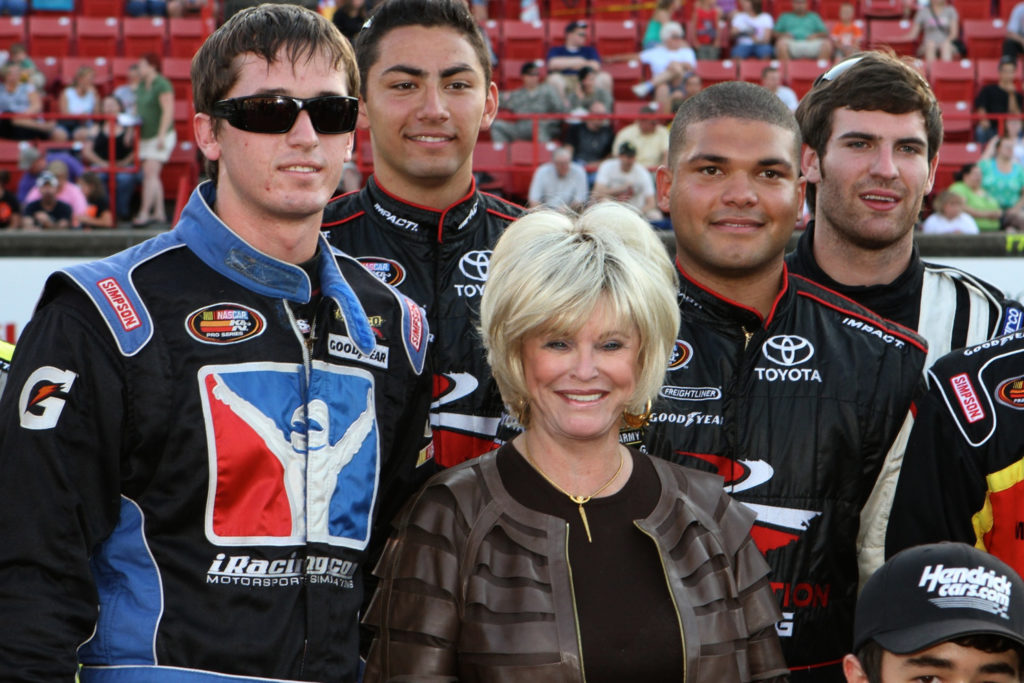 “Last night, the NASCAR family lost a mother, a grandmother, a friend and the light that guided the sport’s charitable arm,” said Brian France. “My mother taught us incredible values of love, patience, compassion and joy. She embraced life every day, and nothing fueled her passion more than children. Her unmatched efforts in building The NASCAR Foundation improved the lives of millions of children throughout this country. And because of that, her legacy will live forever.

“My father leaned on my mother throughout his life, relying on her wisdom and calming demeanor to help grow the sport of NASCAR. She was there, every step of the way. When we lost my father, her positive presence remained, as she used her immense skill to grow NASCAR’s heart and soul, The NASCAR Foundation.

“Our family thanks you for all of your thoughts, prayers and well wishes. My mother was a special woman, and an impressive person, and she will be dearly missed.”

France became chairwoman of The NASCAR Foundation upon the foundation’s inception in 2004. Headquartered in Daytona Beach, the foundation is an entity that embodies the compassion of the NASCAR Family and its commitment to serving communities. The Betty Jane France Humanitarian Award Presented by Nationwide, recognizing outstanding charitable and volunteer efforts of NASCAR fans, was created in her honor in 2011. 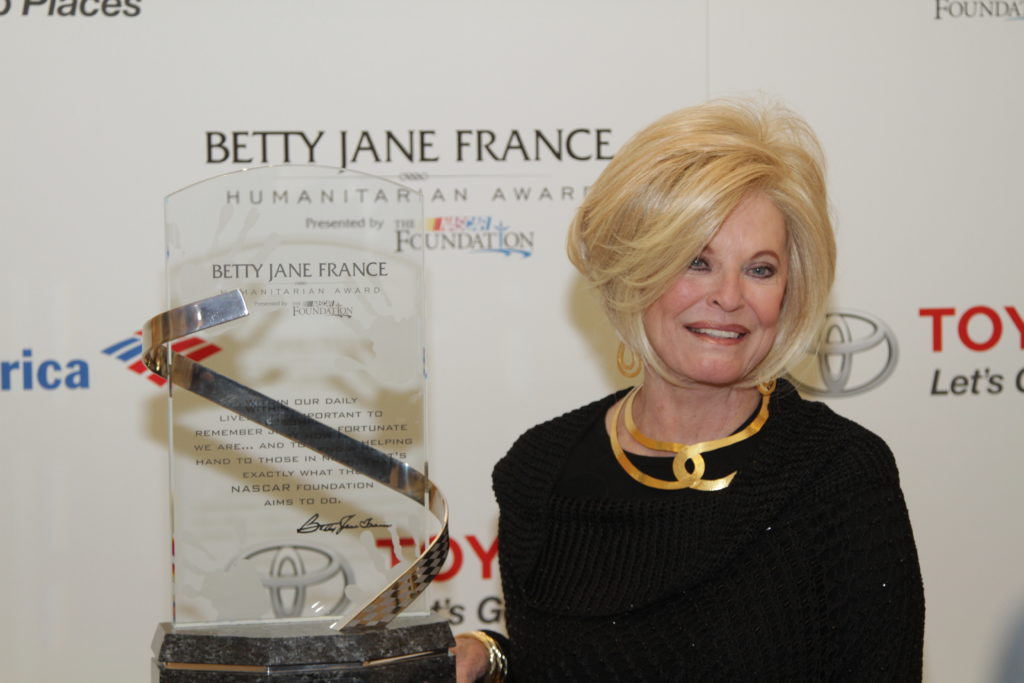 France was a longtime community leader in Daytona Beach, Florida, and best known as a steadfast champion of health care for children. She assisted in the establishment of “Speediatrics” children’s care unit at Halifax Health in Daytona Beach and at Homestead Hospital in Homestead, Florida. In 2003, France was presented the Halifax Medical Center Foundation’s Humanitarian Award in recognition of her advocacy, commitment, support and advancement of numerous area community service organizations including the Volusia/Flagler chapter of the American Red Cross.

She was a member of the Junior League of Daytona Beach serving on boards of numerous area community service organizations. In July 2008, she was named as an honorary co-chairperson for the Childress Institute for Pediatric Trauma, a project headed by longtime NASCAR team owner Richard Childress in Winston-Salem, N.C.

Funeral arrangements will be forthcoming.