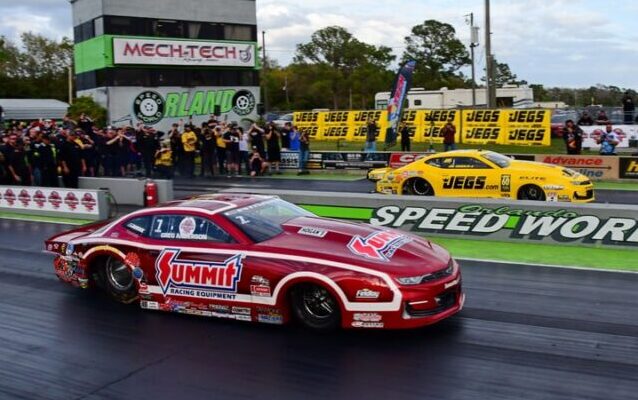 NASCAR is racing at Darlington and Charlotte in May; INDYCAR has just announced its return to the Texas Motor Speedway high banks with a single-day competition on June 6. Both premier series are dedicated to racing without fans but with the competitors who have all been waiting since March to whet their juices for real, not virtual racing. No matter how good the iRacing platform might be – and it’s very, very good – it just not the same thing as real racing.

On the other hand, there’s NHRA, which has decided not to restart its Mello Yello Drag Racing Series until the beginning of August. A firm schedule has not yet been released but a 16-race suggestion is being talked about. Taking caution to the extreme, NHRA said its scheduling changes were due to “the fluid nature of the pandemic situation.” Maybe they’re right to wait until August, but this writer gets the feeling NHRA is erring too hard on the side of containment.

While the entertainment factor of racing without fans in the stands might be tough for anyone to take, especially those that flat-out live to race, the wonderful news that NASCAR and INDYCAR are putting its teams back to work is good for the economy and great for morale. Every team wants to get back to work; everyone in this business thrives on their interactions and, yes, teamwork.

The construction of cars for competition takes time, but during the past few months it’s not been possible to build cars, test cars, not without knowing when the building and testing ends and the racing begins – again. Both NASCAR and NHRA had the ability to start their 2020 seasons; INDYCAR’s mid-March St Petersburg 2020 premiere was hijacked by this novel coronavirus and is still in a holding pattern.

Deliverance begins at Darlington for NASCAR, which will have seven races across its platforms within a scant 11 days. INDYCAR’s first salvo begins the first Saturday in June, a 24-year tradition that Texas Motor Speedway general manager Eddie Gossage is excitedly anticipating. “America needs live sports and they are not going to believe what they see when the Genesys 300 storms into their living rooms on TV from Texas,” he said. With the 104th Indianapolis 500 postponed, “All of that pent-up energy, anticipation, frustrations and anxiety will be pounding
through the drivers’ nervous systems.”

Still, arguably the most heart-pounding form of motorsport will be silent as NASCAR and INDYCAR take to the track. Perhaps if racers were in charge of running NHRA, rather than entertainment executives and/or bean counters, the sanctioning organization might have decided not to inflict what is shaping up to be 16 consecutive weekends of team-inflicting exhaustion and, perhaps further susceptibility to this insidious disease.

NASCAR is awake and ready. INDYCAR is waking up. Hopefully wiser heads will prevail at NHRA and get teams back to work sooner, restarting the 2020 Mello Yello season at the end of June or start of July. As NHRA likely knows, Summit Motorsports Park co-owner Bill Bader is ready to host at his Norwalk, Ohio facility. That’s just a hint.

2 Comments on Restarting the Race Seasons