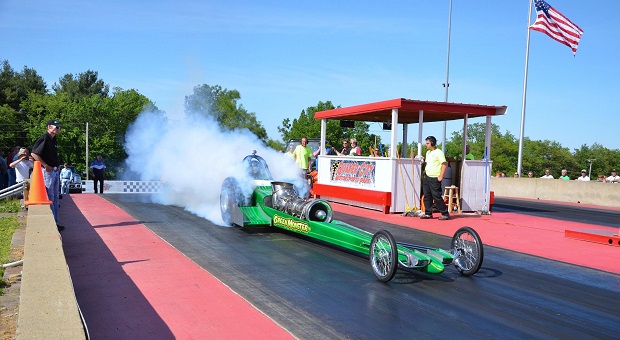 Tim Arfons has recreated one of the famous Green Monster front-engine dragsters and is using it as a high-speed history lesson for today’s drag racing fans. The car made its initial test pass at Quaker City Raceway before being prepared for an extensive schedule of exhibition and grudge match racing. 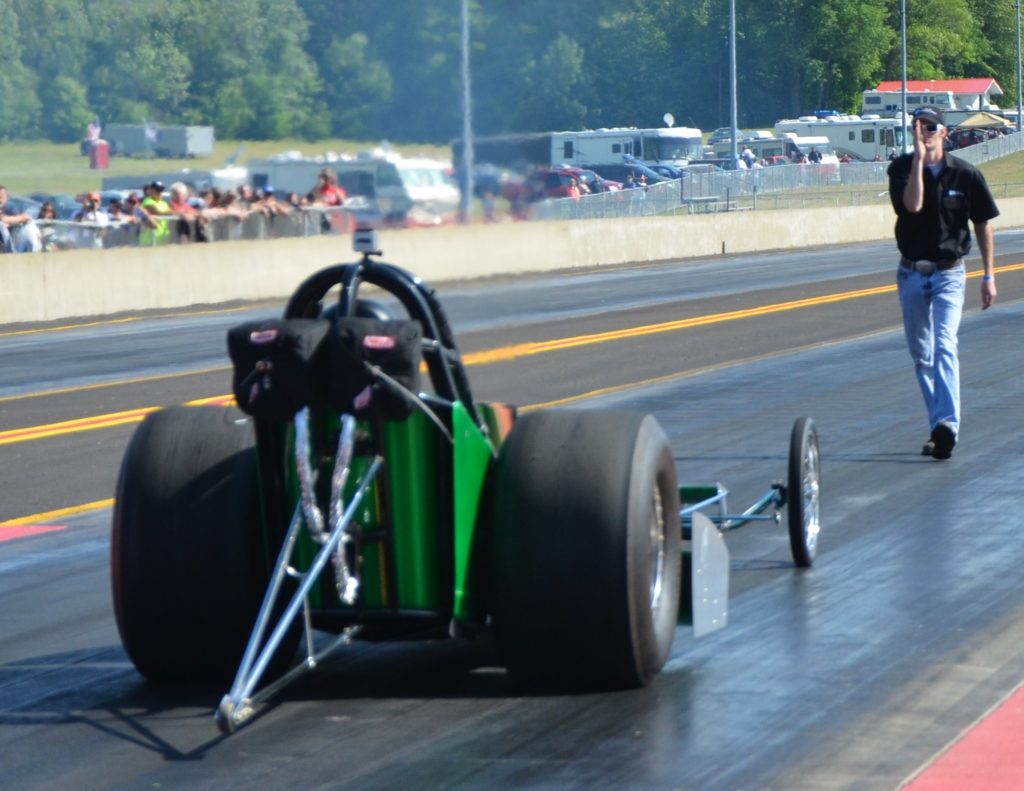 The Arfons bought the front engine chassis from a racer in Cleveland. No one wanted a front engine dragster anymore, so Art was able to buy the chassis at a good price. It would be the only front-engine drag car Art Arfons built. He used a General Electric T58 gas turbine, designed for use in helicopters; it became the first turbine engine to receive FAA certification for civilian helicopter use in 1959. Art bought the engine from Craig Breedlove. 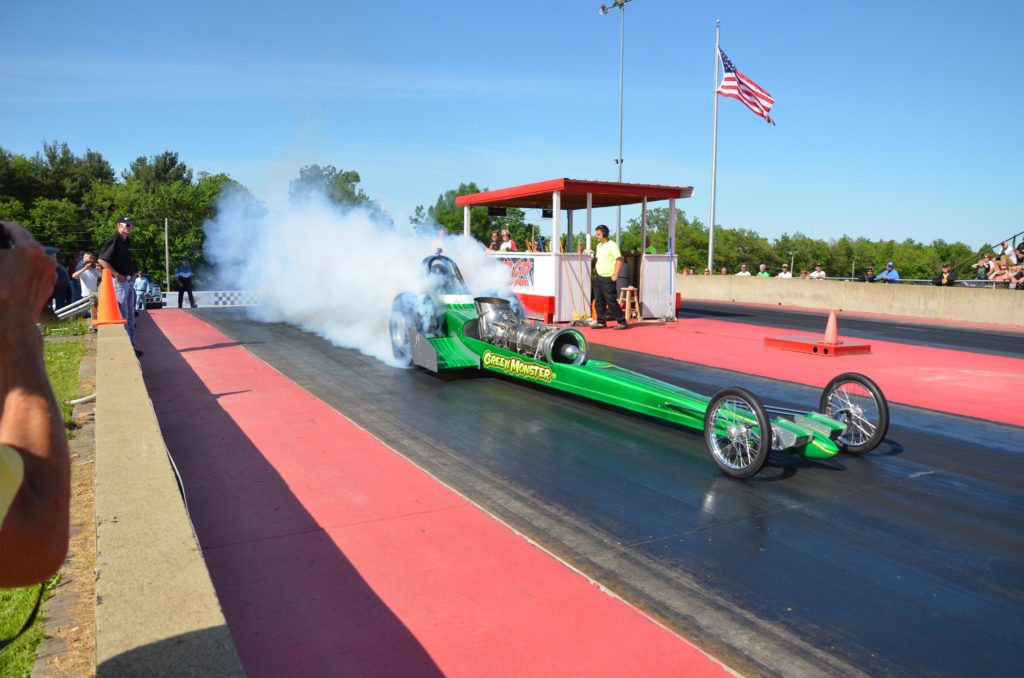 The Arfons’ newly completed turbine dragster made its debut in 1971 at Rockingham, N.C. It ran a little faster than 180 mph in the quarter-mile. Later that year, the Arfons’ car qualified for a couple of IHRA events and an AHRA event at the bottom of the field,  and was never very competitive.

Tim got to drive the front engine T58 dragster for the first time at Thompson Raceway on his 16th birthday and went 170 or 180 mph. He only got to race it a couple of times a year while 16 and 17. In 1975, Tim qualified the Green Monster for the IHRA Nationals at Dragway 42 in West Salem, Ohio. He had fun racing against Don Garlits, Shirley Muldowney, Don Prudohmme and TV Tommy Ivo. That was the year the car made its last pass on a drag strip. 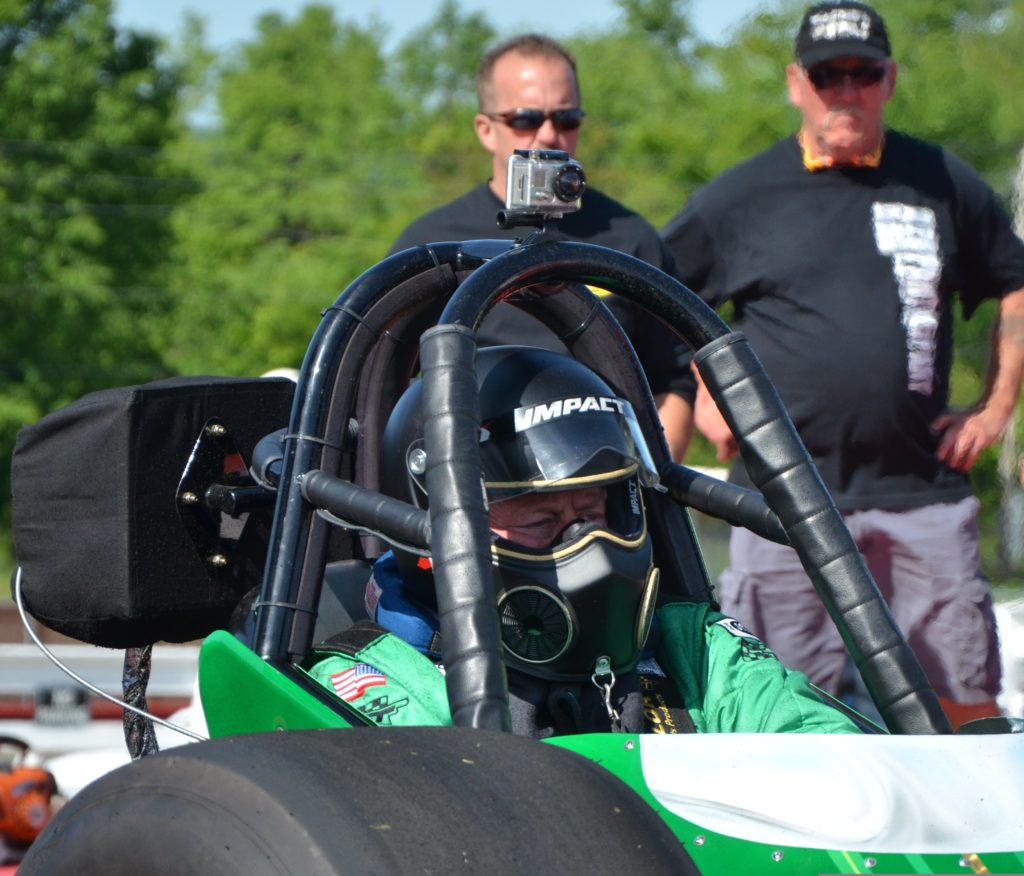 Tim wanted to get back into drag racing, so in 2012, he set out to resurrect the Green Monster front-engined turbine dragster. He made a decision to pick up where he had left off with the front-engine car. When he started building it, he made everything in it absolutely perfect. Every piece on the engine is polished. It has a beautiful SCS gearbox, a Dustman Brothers chassis and a body from Rooman of Indianapolis. As a tribute to the car that he and his father built and campaigned in the early ‘70’s, Tim named his new car Green Monster No. 19. 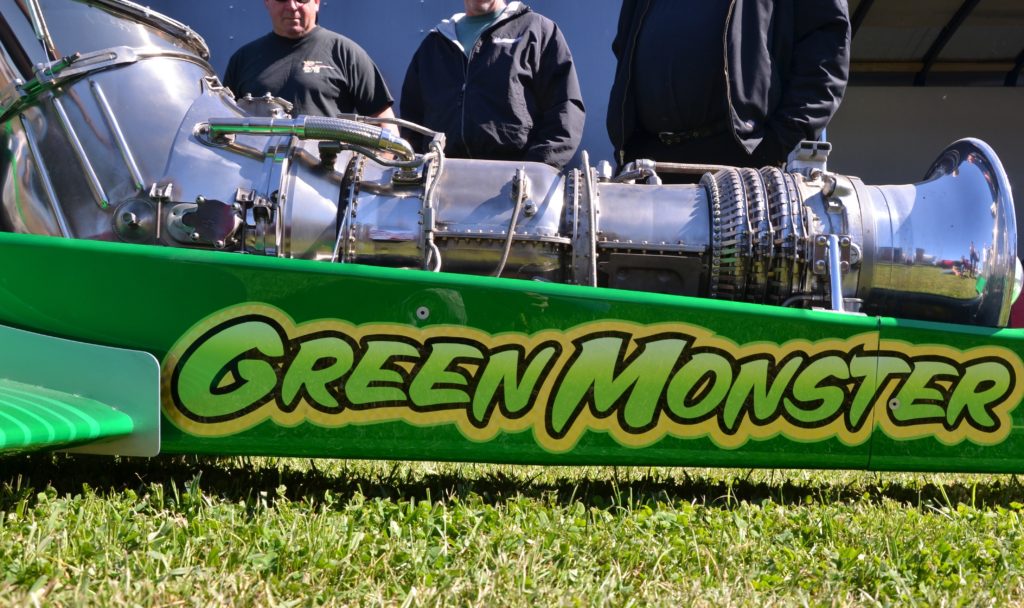 “The original car was always slow to come off the line,” Tim said. “I always thought it needed a drive-line brake to get a better launch off the line. To get a better ET, that feature was incorporated into the SCS gearbox.”

The original front engine T58 car never had a reverse, so Tim added that as well.  He also went to a newer style General Electric T58 that has 1,325 total horsepower. 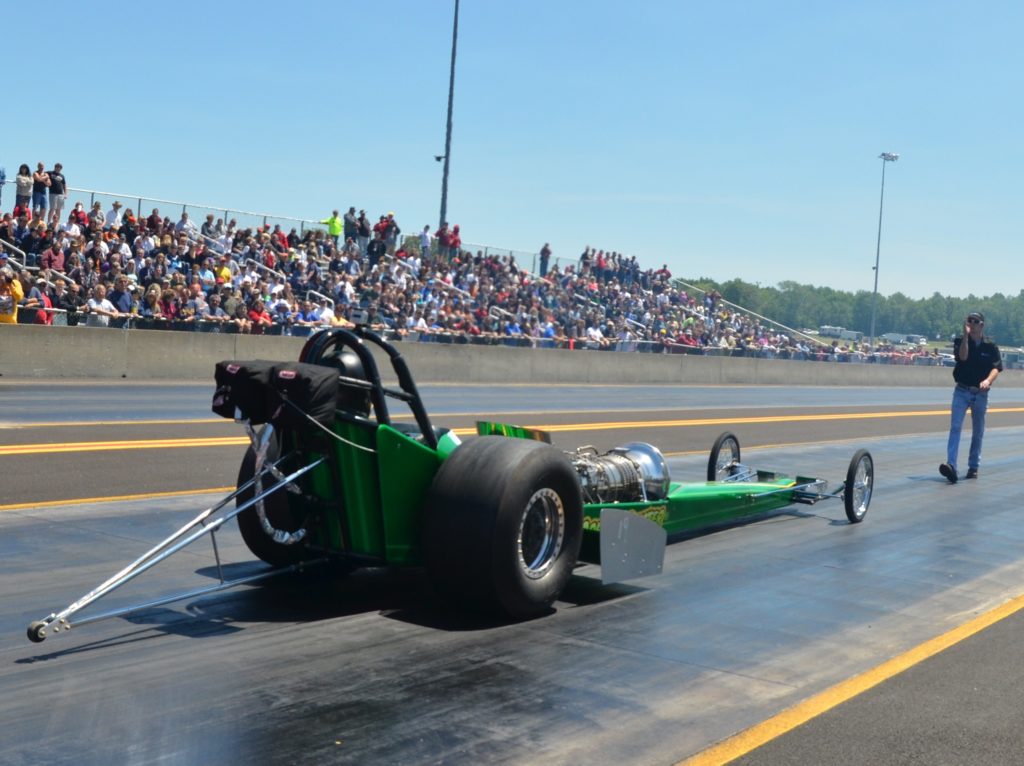 After Tim finished the new Green Monster No. 19, it made several test passes at Quaker City Motorsports Park. “The car worked perfect,” Tim noted. “On its second run, it had a better E.T. than the original car and I even shut off at 700 feet.” The car went 170 mph with Tim shutting it down just past half track.

It had been 40 years since Tim last drove a dragster. “I was a bit apprehensive about getting back onto the track,” he reported, “but when I got to the other end of the track, I felt great.” 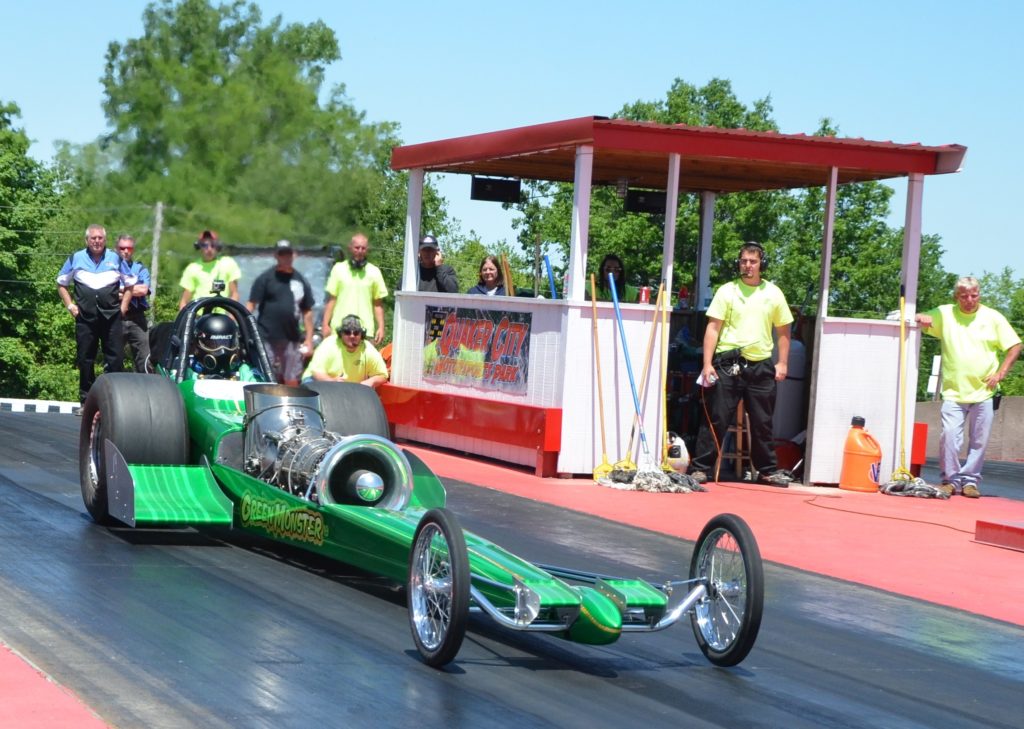