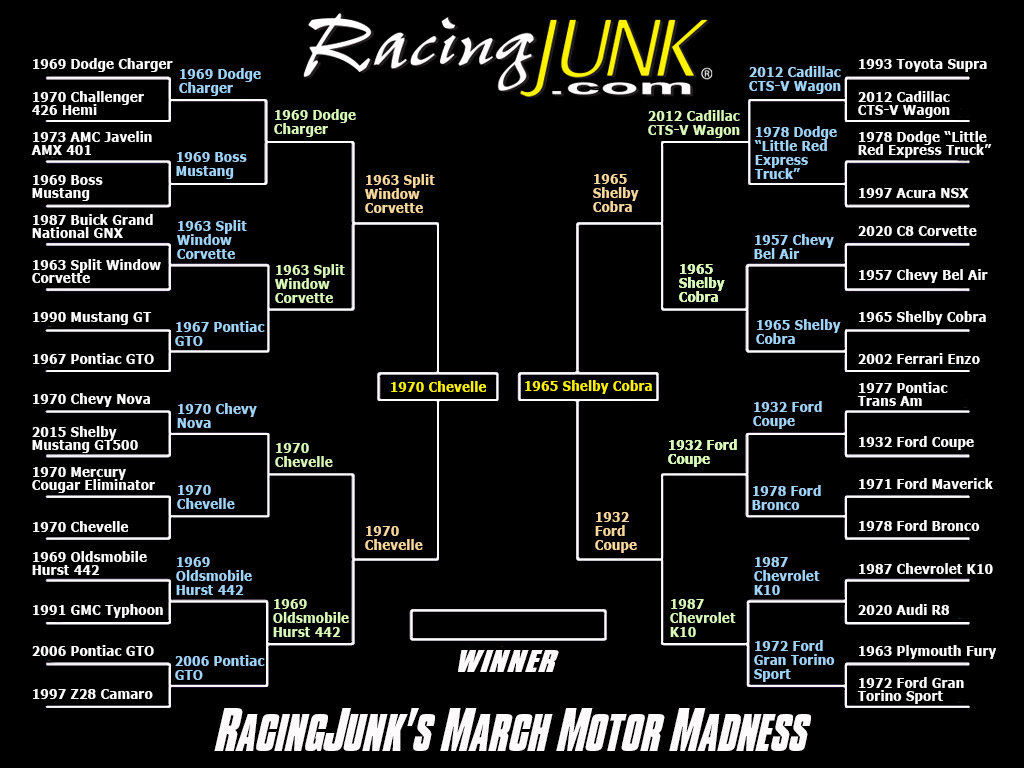 With only a difference of 23 votes, the 1970 Chevelle barely edged out the Split Window Corvette to sneak its way into the championship. The 1963 Split Window Corvette is one of Chevy’s most sought after and iconic models, but the Chevelle’s notoriety, nostalgia, and accessibility were enough to seal the deal and take home the win!

The Shelby Cobra has dominated the bracket thus far, effortlessly beating everything put in its path. Although the ‘32 Ford Coupe put up the best fight so far, it still was no match for Carrol Shelby’s prized model. Look for a close match-up against the Chevelle in the final.

The championship bout is set, Chevelle vs Cobra, Chevy vs. Ford, who do you want to see win it all!