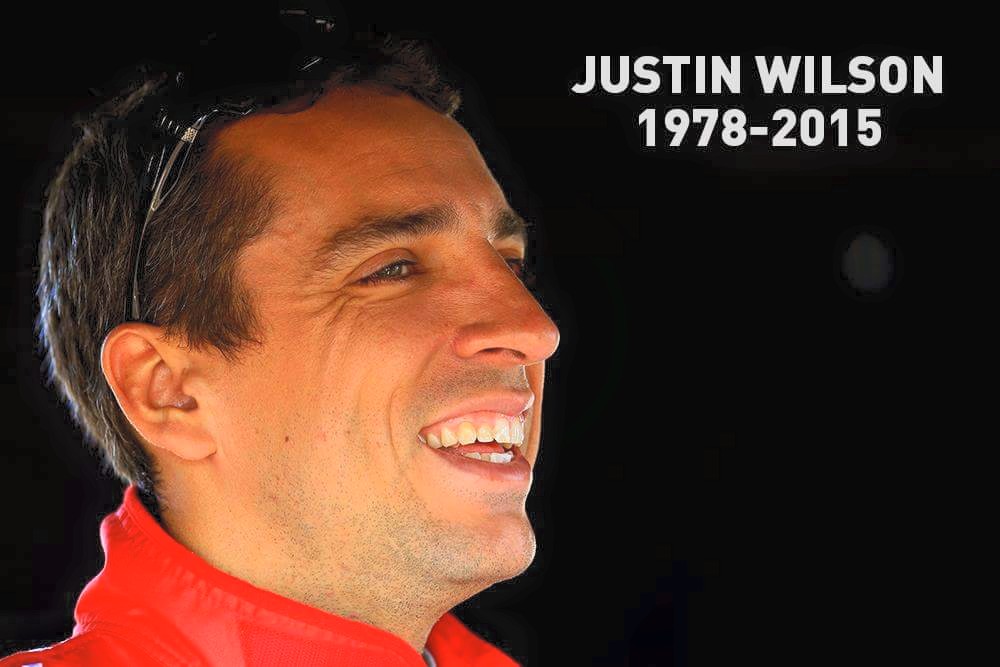 After a rather bizarre incident during Sunday’s IndyCar ABC Supply 500, the racing community has lost another talented and well-liked driver.

Andretti Autosport Driver Justin Wilson lost his life at the age of 37-years-old after being hit in the head by the nosecone of the No. 8, driven by Sage Karam.  Karam, who was leading the race with just 21 laps remaining, lost control and slammed hard into the wall, causing a large amount of debris to fly all over the track.  Occurring too quickly for officials to slow down the drivers behind Karam, Wilson wouldn’t have an opportunity to avoid the flying debris that ultimately led to his severe head injury and death on Monday.

As most motorsports fans are already aware, the last time we witnessed something this horrific or sad was after another rising IndyCar star lost his life during the IZOD IndyCar World Championship at Las Vegas Motor Speedway in 2011.  While it has been almost four years since Wheldon’s death, I can’t help but wonder if safety improvements made following this tragedy could have stopped the loss of another IndyCar racing talent?  While I, as well as others here at RacingJunk.com may have our own opinions about avoiding future heartbreak of this nature in our racing world, we asked our readers to chime in on their thoughts about safety as well as in the passing of another beloved driver.

SECA Dirt Late Model driver Chris Cheek couldn’t help but feel remorse for the family of Wilson, which weighed heavier on his mind today.  “My team and family’s thoughts and prayers are with the family of Justin Wilson during this time,” said Cheek.  “While safety is always top priority for all racing teams and series in general, there is always room for improvement and I feel that everyone involved will continue to make improvements in the near future.”

Past NASCAR competitor turned motorsports industry professional, Cale Gale, feels that safety within the overall sport of racing is being taken more seriously than ever.  “Despite the vast improvements that have continued to be made over the last few years, we haven’t ended incidents like what happened to Wilson on Sunday,” said Gale.  “It’s just sad for the entire motorsports community to see another icon lost.”

While there are drivers who feel that corporations like that of IndyCar, NASCAR, NHRA, etc. are making the necessary safety improvements to ensure the safety of both drivers and fans alike, there are other young drivers out there who are calling for change and want this to come sooner than later.

Record setting dirt Sprint Car driver McKenna Haase is hoping she will see a change in the mindset of assuring that drivers are kept safe while entertaining fans.  “I’m deeply saddened to hear about the death of Justin Wilson, especially with that being about the fifth time I’ve received news of racing related serious injuries or deaths within the past couple of weeks,” said Haase.  “I think (and hope) the racing world is about to see many changes regarding safety, particularly in open wheel.  I personally see aspects of safety both small and large that need change and have heard the same from fellow racers…we just need them to be made possible.”

Former sports commentator Dave Goren, who has been an ongoing fan of motorsports, also believes that Wilson’s death has had a large impact on the caution that both drivers and fans are sure to be feeling today.  “Justin Wilson’s death is a tragedy all around and I am sure that it puts just a little more caution in the minds of drivers and fans, who are still realizing just how dangerous their favorite sport can be,” said Goren.  “I know that there is now talk about partially enclosing the cockpit and I feel that would be a great start, but I am not sure how this will affect each driver’s vision.”

Goren is referring to FIA’s announcement today that they will be testing closed cockpits for driver safety http://motorsportstalk.nbcsports.com/2015/08/25/report-fia-to-conduct-closed-cockpit-tests-next-month/.

I am not sure if this improvement or a similar improvement that 18-year-old Sports Car Driver & SCCA National Winner Chris DeShong has come up with will keep drivers safe, at this point I think it is time for these corporations to think less like a business and more like a driver or fan.  “Installing reinforcement bars around the open cockpit area will allow IndyCar to stay within its traditional open-top heritage, yet keep the drivers protected from any large debris that may enter the cockpit,” said DeShong.

Do you have ideas for the overall improvement of motorsports? We want to hear from you.  Comment below and you just might see your ideas come to life someday.  Until then, we at RacingJunk.com continue to send our condolences out to the whole Wilson family as well as those fans out there who continue to mourn the loss of another beloved driver.

3 Comments on Racing World Responds to Death of Justin Wilson