Even though the winter has forced our cars into hibernation and this year’s professional racing season has come to an end, we can still indulge our passion for cars in the comfort of our own homes by playing The Crew, a new open-world racing game by Ivory Tower, published by Ubisoft. This latest offering from veteran racing game maker Ivory Tower features a persistent online environment that’s filled with friends, adventure and the freedom to create a unique and personal experience.

As soon as the game starts, I’m thrown into a hectic car chase, running from the police while in a Ford F150. I don’t know who my character is or why I’m trying to escape the cops, but I drive like my life depends on it, crashing through fences and ruining people’s lawns. The cops eventually withdraw their pursuit, having lost sight of me, and I start to figure out through phone calls that my character’s name is Alex, and he’s returned to Detroit to visit his brother, Dayton.

Alex’s past is a mystery, but there’s no time to worry about that as things escalate quickly when he’s framed for his brother’s murder, a ploy executed by an illegal street racing gang called the 5-10, with the help of some corrupt feds. Of course, Alex is given the chance to clear his name by going undercover for the FBI, and his handler, Zoe, sets him up with a new car so he can start infiltrating the ranks of the 5-10s and avenge his brother’s death. 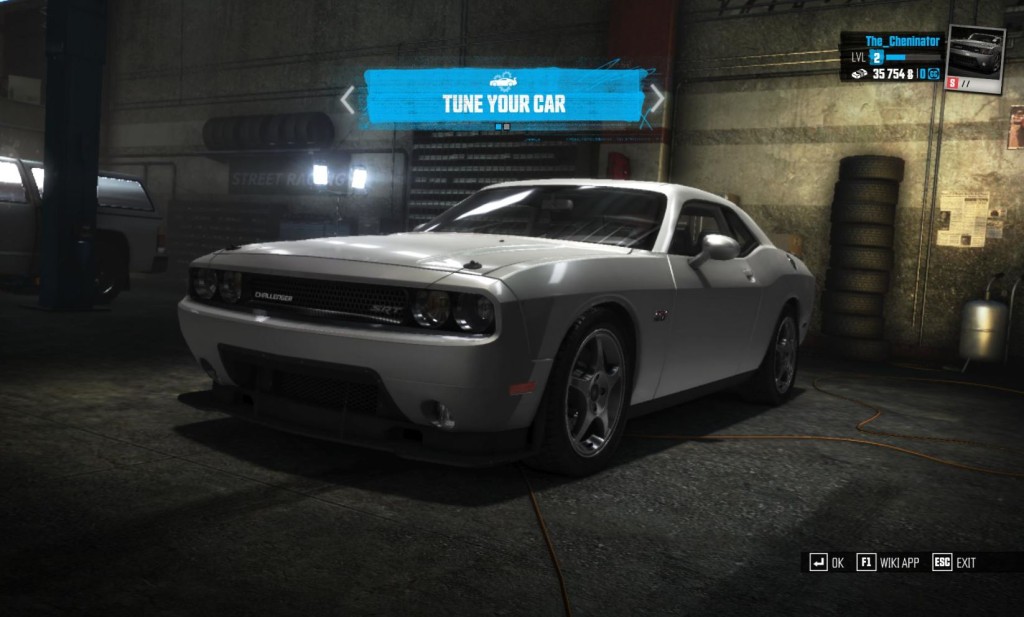 I make my way to the garage, choose a 2012 Dodge Challenger SRT-8 as my first car, and head out into the open world, also known as Freedrive. This is where The Crew really shines; you’re free to do whatever you want from here on out. You can just cruise around performing stunts, earning money and upgrading your car without ever starting a story mission. There’s so much to do and explore in this very detailed miniature version of the United States. Join up with some friends and explore landmarks or race from Detroit to Miami if you want; it’s all up to you.

Eventually, you’ll need to complete story missions so that you can unlock more cars and other types of races. Completing story missions also unlocks new headquarters in different parts of the U.S., allowing you to fast-travel, essentially teleport, to places that would otherwise take you a couple of hours to drive to. 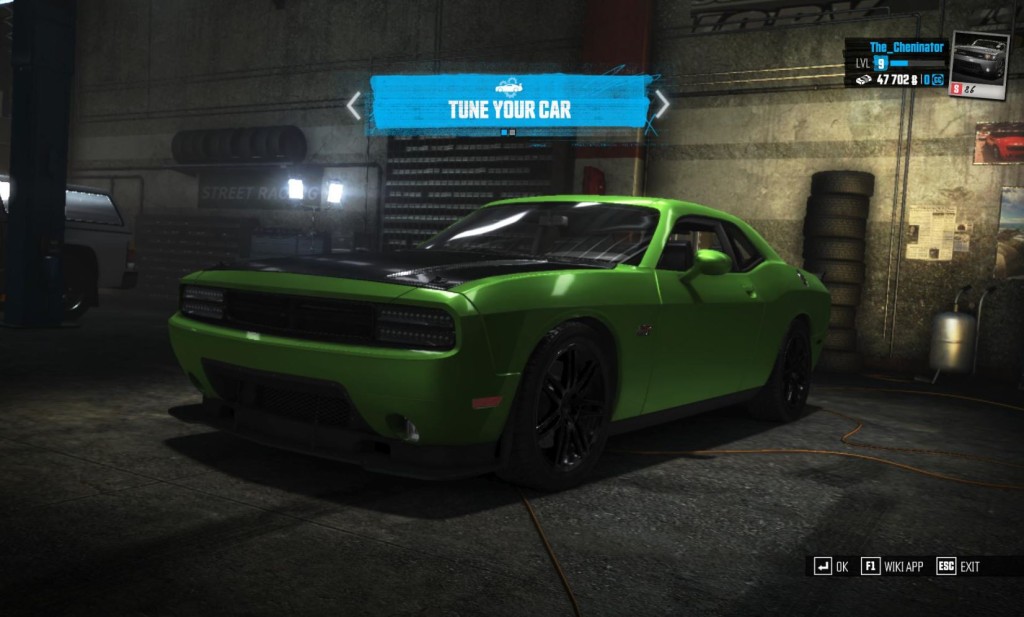 After a few missions, my Challenger is looking pretty sweet, with a new paint job and upgraded visual parts thanks to the game’s robust customization tool. There are visual styling and performance upgrades for every type of car enthusiast, and it’s easy to lose hours just tinkering with the car when there are over 80 options for rims, for example, all available to you from the start.

My favorite feature of the game is its seamless social integration; I’m always connected to other players, even if I’m just roaming around solo. I can add players to my “crew” or invite nearby players to any of my missions. On my first night with the game, I teamed up with a player from Europe and we chased down bad guys, protected each other from cops and raced across most of the Mid-West. It was so satisfying to be able to team up with someone instantly and enjoy the game right away. There was no waiting in a match-making lobby, waiting for a load screen or connection screen.

I’ve logged over 24 hours into The Crew, and there’s still so much to do. Between exploration, collecting upgrade parts, finding hidden cars and trying to top the leaderboards, there’s probably another 24 hours worth of gameplay, if not more. And the excitement never slows down. Each mission and cut-scene is like a highlight reel from some of my favorite action movies and car chase scenes. The team at Ivory Tower have created an excellent game for gearheads and racing fans, and it’s a great way to hang out with fellow car enthusiasts as you wait out the winter for next year’s cruising season.

The Crew is available now for PC, Playstation 4 and Xbox One.