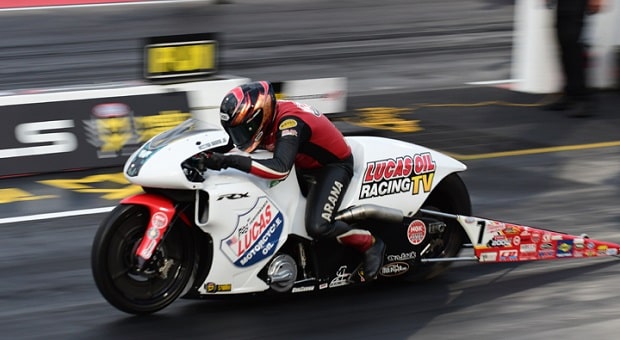 Bandimere Speedway outside Denver is ready for the NHRA Mello Mello Pro Stock and Pro Stock Motorcycle racers headed to the Mile High city as they take part in the first leg of NHRA’s Western Swing. Both classes partake in the first two contests of the Swing, which goes from Denver to Sonoma to Seattle in three weeks, offering crew chiefs the kinds of challenge they relish: Go from nearly 5,900 feet above sea level to inches above within the space of one week. Only Pro Stock continues on to Seattle, as per tradition.

I’ve never understood the reluctance of racing fans to watch both of these classes, as they offer looks at ingenuity not always seen in the nitro groupings. While it’s factual that Pro Stock is now a silhouette class, with nearly all racers operating bespoke chassis topped by the Chevrolet Camaro body, there remain a great deal of challenges when everybody is running nearly the same package, even in this weekend’s 40th annual Dodge NHRA Nationals presented by Pennzoil.

Crew chiefs in Pro Stock do have setup changes they can effect from car to car to make one different from the next, something the Summit Racing group has been able to do with customer Bo Butner. The 2017 champion looks confident in the car and prepared for a second championship, even after stepping out of the class for a couple of months before NHRA gave him a lifeline by reducing the number of Pro Stock contests from 24 to 18 in 2019. 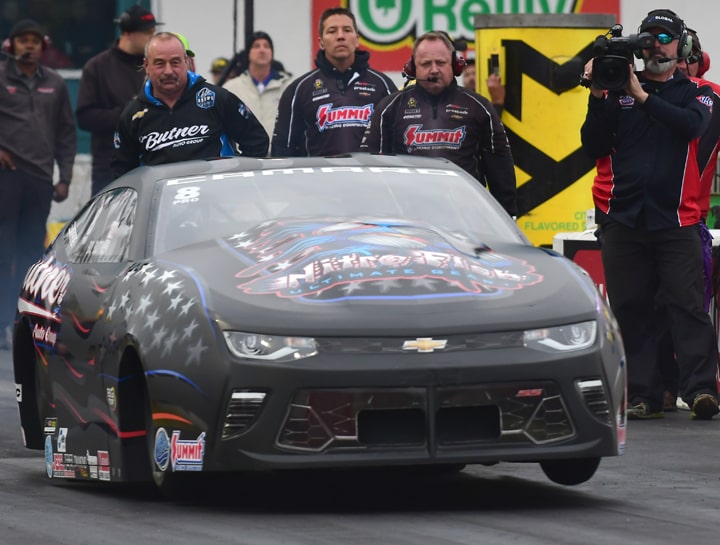 Butner’s season has looked eerily similar to that of Steve Torrence – they’ve both been leading all comers in class. At least Alex Laughlin, racing with the technical assistance of two-time championship team Elite Motorsports, is keeping Butner honest, just 148 points in arrears despite not yet winning a race. Butner’s Summit Racing teammates Jason Line (-223) and Greg Anderson (-226) are third and fourth while Matt Hartford lies fifth, 230 points back of Butner.

A great memory of a past Pro Stock race on this mountain includes the failure by Allen Johnson to secure yet another victory here, a race that had pretty much been his for years on end. Facing Larry Morgan in the finals in 2015, the duo had a staging duel that had the crowd on its feet; Morgan won on a hole shot, gaining his advantage at the start line and ending Johnson’s dominance in his sponsor’s race. Who knows? Maybe two of the 17 racers will come to the finals with the thought of bettering that great display of showmanship?

In the Pro Stock Motorcycle pits, everyone’s chasing five-time champ Andrew Hines, who looks ready to take his sixth title this year. After failing to win a race last year, Hines has been doing his own Torrence-like dance in the class that features his Vance & Hines Harley-Davidson Screamin’ Eagles, a variety of EBR Buell entries and stalwart Suzuki runners. There are 20 motorbikes on the entry list as transporters rush toward the feet of the Rocky Mountains, with former champ Jerry Savoie returning to competition, along with rookie Jianna Salinas. 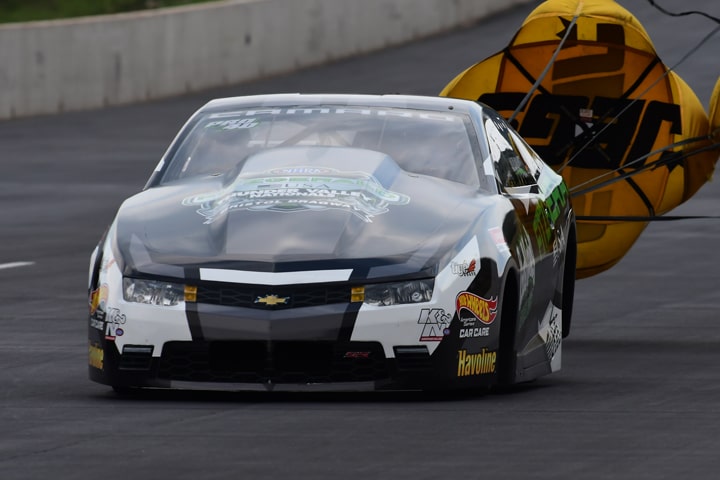 Bandimere Mountain presents just as much of a challenge for the bikes as it does for the cars as getting traction, even on the cooled starting line constructed by the Bandimere family. We won’t see any class records – track records, maybe – this weekend, but we could see some great starting line duels as 19 racers attempt to rein in the galloping Hines and his H-D Street Rod, which only he and teammate Angelle Sampey are riding; fellow H-D team rider Eddie Krawiec saddles the older V-Rod configuration.

This weekend there will be more than competitors and the track to battle, as rampant heat is spreading across the basin surrounding the Rocky Mountains. We can expect temps in the mid to upper 90s throughout much of the weekend, though with qualifying set for late afternoon and early evening, racers could have some respite. On the other hand, when eliminations roll around on Sunday, forecasts currently call for afternoon thunderstorms (40% chance) and high 70s temps. This could throw off everyone’s prognostications. I’m making none. 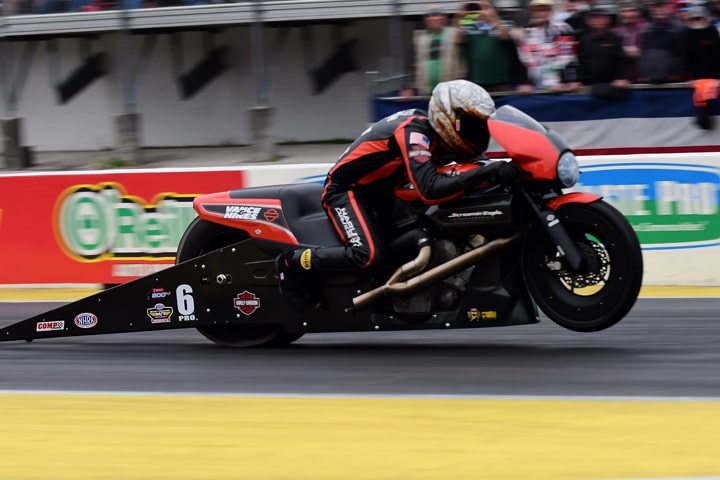