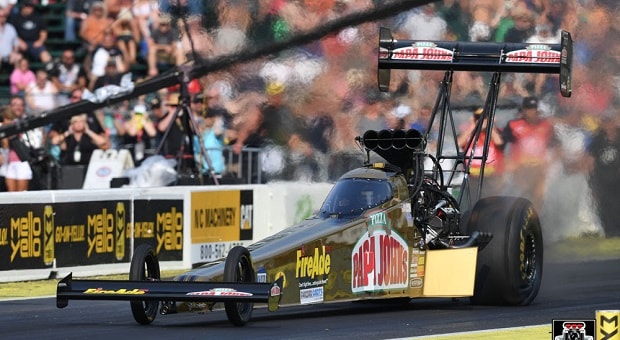 Leah Pritchett has a lot to do at this weekend’s the NHRA Gatornationals. She’ll compete in the Top Fuel category, the Factory Stock Showdown and the Papa John’s Charity Challenge, with two Wally trophies and a charity challenge on the line.

“I always dig doing things differently, and to their maximum capabilities,” said Pritchett, who is a five-time Top Fuel event champion and the quickest woman in NHRA history.

Pritchett’s 11,000-horsepower Top Fuel entry will fly the colors of Papa John’s Pizza and FireAde this weekend. In the Factory Stock Showdown, she’ll take to the strip in a Hoonigan-designed Mopar Dodge Challenger Drag Pak, and in the Papa John’s Charity Challenge, she’ll line up beside Papa John’s Pizza founder ‘Papa’ John Schnatter for a side-by-side winner-takes-all race to benefit the Infinite Hero Foundation and Overcome Academy.

“This weekend is more about three cars and three events. It represents three important aspects of my passion for drag racing- Top Fuel competition, grassroots racing, and charity involvement,” said Pritchett. “The Top Fuel competition is a passion to be the quickest and the fastest at the ultimate level. Factory Stock Showdown has brought me back to my Sportsman roots. The program is ‘heads up’ and delivers the opportunity to make the combination of what is available from the factory faster than anyone else through tuning and ingenuity within set limitations. It’s all about who can make their hot rod faster, which is something everyone can be a part of without having to be at the Top Fuel level. The Charity Challenge, for me, represents growth and integration of a partner who loves this sport and can face off for a great cause while telling an All American story and raising money for returning military heroes and their families.”

On Saturday, Pritchett will make five runs down the historic Gainesville Raceway stretch. By the time Top Fuel fields have been set, she’ll have staged a car at least eight times over the course of Friday and Saturday, for twice as many passes as even her most dedicated nitro competitors.

“I believe my bandwidth of focus has grown to compartmentalize these opportunities at their maximum without robbing from one another, but I can guarantee you, enjoyment will be at an all-time high,” she said. “The constant variable is always the mindset of being the baddest and fastest no matter what; whether it’s a car I dedicate my life and all hours to, or one that I haven’t even touched before. I’m a proud Gemini, where by nature, I’m good at doing multiple things to the max, and this weekend, it’s all about the trifecta.” 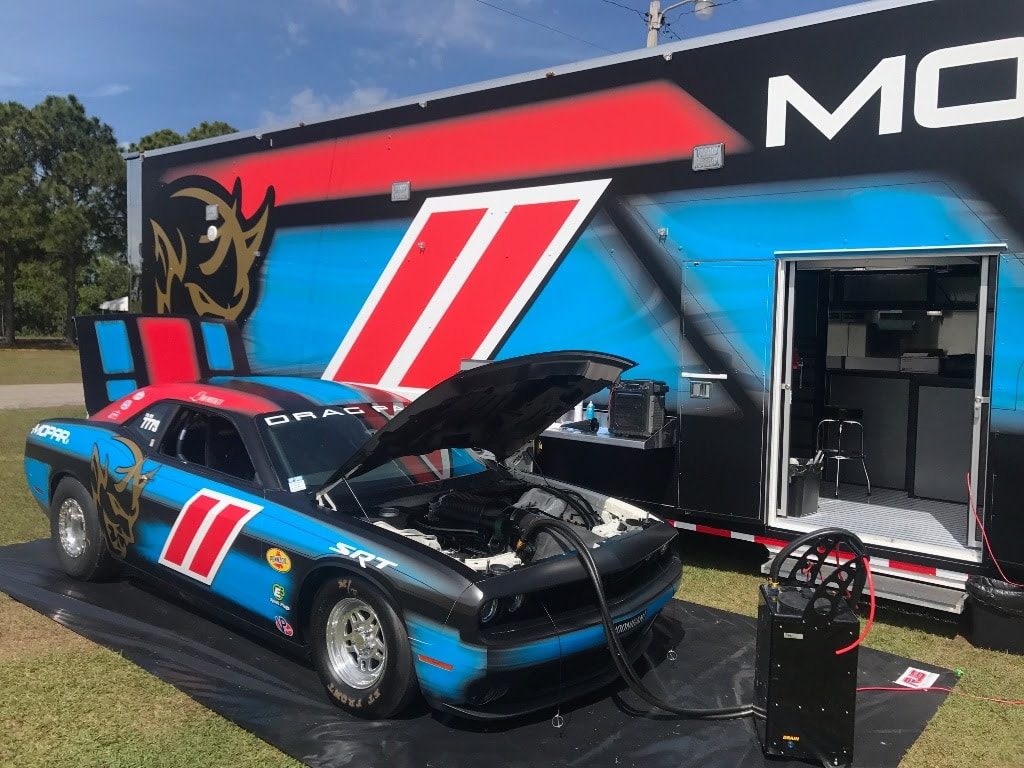