The champions of the NHRA Mello Yellow Drag Racing Series would be all the rage in the Lone Star State this weekend after the series made its first visit of 2017 to Royal Purple Raceway for the 30th annual NHRA SpringNationals. 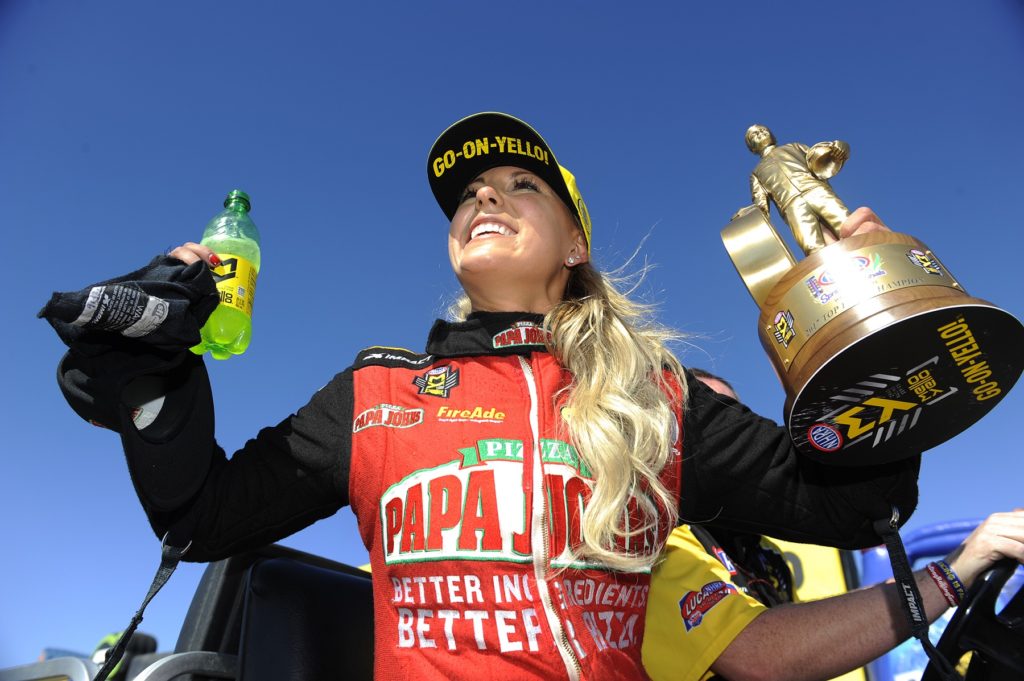 For the third time this season, the new Girl On Fire piloted her Don Schumacher Racing Papa John’s dragster to a SpringNationals Top Fuel victory. After defeating Scott Palmer and Doug Kalitta as well as defending champion Antron Brown, Pritchett moved on to face top qualifier Steve Torrence in the finals. Despite picking up a best pass, of 3.672 seconds, during Saturday’s qualifying session and defeating No. 1 Top Fuel qualifier Clay McMillan, Torrence’s luck would change during Sunday’s final elimination race after taking on one of the hottest Top Fuel drivers on the NHRA circuit.

With a 3.781-second pass at 321.96 MPH, Pritchett would take down Torrence’s powerful Capco Contractors Top Fuel dragster, which put up a fight with a 3.787-second pass at 322.11 MPH. Thanks to her latest win, Pritchett not only picked up another Wally, but achieved her real goal of taking over the Top Fuel points lead.

“Our goal was to leave as the points leader, and that was not easy at all,” said Pritchett. “Going into the finals, we said this is our bounce back and we’re going to keep it interesting. I have never been in a position to be counting points and I know it is early in the season, but I’m definitely enjoying this.” 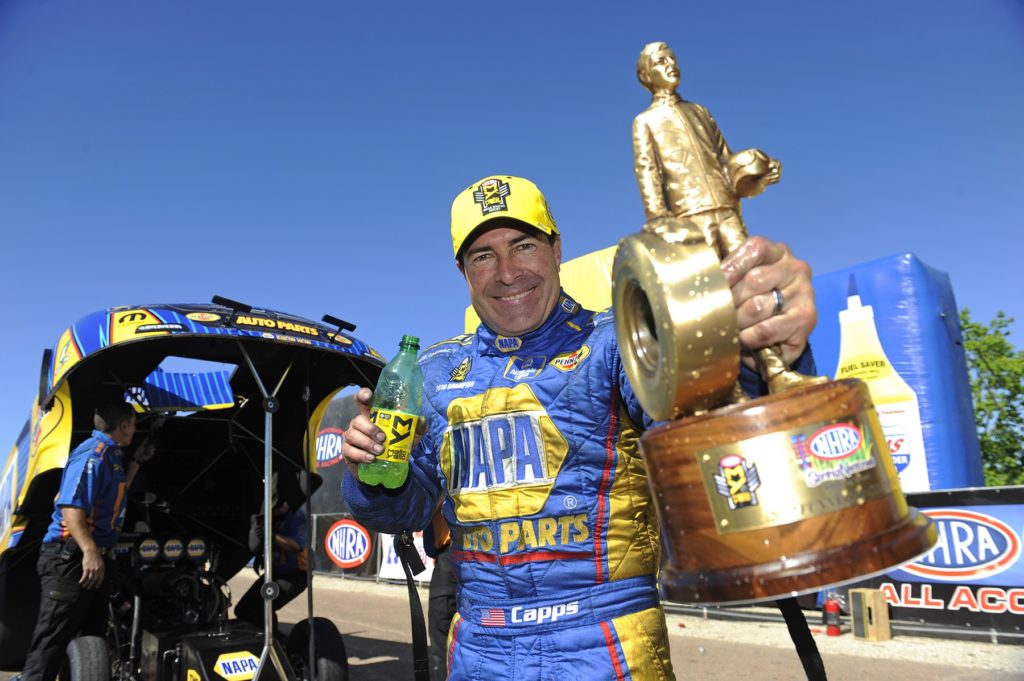 Following Pritchett’s impressive win, another champion would prove that his Funny Car would be the one to beat during Sunday’s finals after racing his way past Todd Simpson, 16-time world champion John Force and teammate Jack Beckman before facing Robert ‘Top Gun’ Hight for the win.

Despite Capps’ engine violently exploding as he crossed the finish line, Hight experienced similar engine problems after crossing the center line and would lose the chance to take home another win for this John Force Racing team.

With a pass of 4.004-seconds at 284.33 MPH in his NAPA Auto Parts Dodge Charger R/T, Capps said that he is happy to be over his recent winless slump.

“These things become so hard to win these days,” Capps said. “I felt like we should have won at any of those first three races of the season, but the NHRA Mello Yello Funny Car division has to be one of the most competitive things in the world right now – it’s cut-throat.”

While Capps may have started the year with some challenges, Sunday’s win is sure to be the first of many this season. 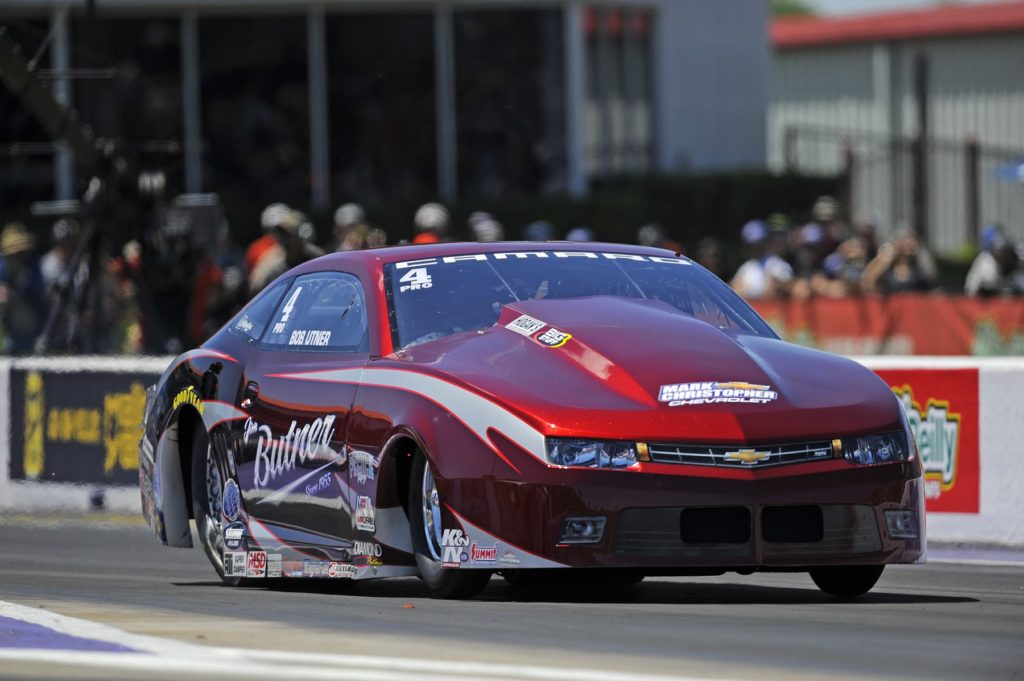 As the excitement began to wear down at this weekend’s SpringNationals, another drag racing champion would pick up his first Pro Stock win of his career.

With an impressive pass of 6.550-seconds at 212.26 MPH to defeat No. 1 qualifier Jeg Coughlin, Jr., past NHRA Lucas Oil Comp world champion Bo Butner would have to race his way past Chris McGaha as well as Tanner Gray, son of Gatornationals winner Shane Gray, in order to take on and defeat Coughlin, Jr. in the finals.

“This feeling never gets old,” said Butner. “To make four consecutive win lights is very tough and a lot harder than I expected.”

The 2017 NHRA Mello Yello Drag Racing Series season continues at The Strip at the eighth annual NHRA Four-Wide Nationals April 28-30 at zMAX Dragway. Stay tuned to RacingJunk.com for all of your NHRA coverage!