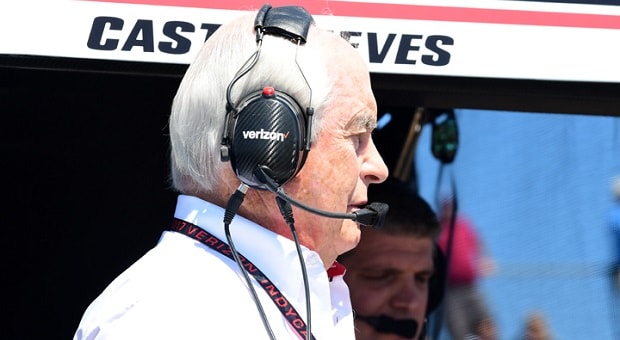 May 11, 2018 was a very special day for Roger Penske and the Team Penske organization he founded in 1966 after his retirement from competitive driving the year before. From the team’s first victory in USAC Indy car racing, which occurred in 1971 with Mark Donohue at the wheel in the Pocono 500, it took a bit under 26 years to accumulate 100 victories in the Indy car arena.

Going from 101 to 200 took slightly less time – just shy of 21 years, when Power won the INDYCAR Grand Prix at Indianapolis Motor Speedway, his third victory at the road course inside IMS’ iconic 2.5-mile oval in the fifth edition of the race (the other two victories are owned by current teammate Simon Pagenaud). This was the Aussie’s 33rd total Indy car victory and his 30th for The Captain, tying him with Helio Castroneves and one ahead of four-time Indy 500 winner Rick Mears.

It was a momentous day for sure, albeit one without the drama that accompanied Gil de Ferran’s victory at Nazareth on May 27th of 2000 in a rescheduled race on what was then the team’s home track. Team Penske’s 99th victory occurred at Gateway Internatiional Raceway on May 24, 1997, when Paul Tracy took the checkers –  almost three years before the Brazilian would earn No. 100; Team Penske had schlepped a large quantity of hats to commemorate No. 100 all that time. 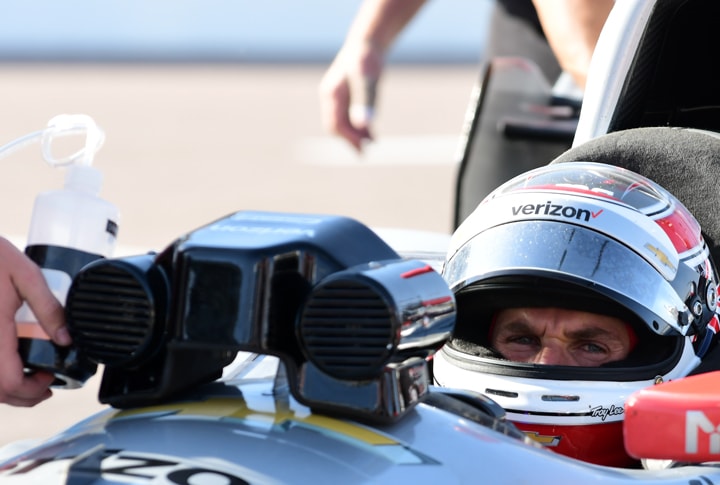 No, Will Power’s victory seemed almost preordained, as the team’s 2014 champion earned pole position for the INDYCAR Grand Prix, his 51st, and led 56 of the 85 laps around the 2.439-mile road course incorporating the south end of the sacred 2.5-mile oval.It was Power’s first victory of the year, as he’d suffered some ill luck in the first few 2018 races – Power did earn a podium at Long Beach – and helps set him up for the victory he really wants: Team Penske’s 17th Indy 500 win.

Power, it must be recalled, started as a part-timer for Team Penske in 2009 and didn’t come on full-time until the following year. “I”m so grateful to be able to drive for this team,” he said Saturday afternoon after edging 18th qualifier Scott Dixon, who came second. That Power has picked up 30 victories in that time frame is plainly impressive but, as always, Power is looking for that Indy 500 victory. His near-ownership of the road race at IMS gives Power some momentum.

“This is my third win here and it always helps you, because the team has more confidence. I’m very upbeat and have a lot of confidence, and I’ve had my eye on the 500, anyway, since last year. Really,” Power explained, “the new car, it’s going to be about sorting it out and it’s a chance to get ahead of everyone else. Just really got it on my mind. When I have a race on my mind in the past, I usually win it at some point.”

The Indianapolis 500 has been a tough enigma for Will Power to crack. He’s come close – second in 2015 after his second Indy GP victory – yet has also finished as low as 28th in 2012. “Obviously, you’ve just got to not even think about winning; you’ve just got to put your head down and put together the whole month in the right way, and then you have the chance,” he said.

Power has to contend with Penske teammates Pagenaud and Castroneves – and the balance of the 35-car field – when practice for the 102nd Indianapolis 500 begins Tuesday, May 15. Having The Captain as his strategist leading up to Saturday’s race was good, but having the even-keeled Jon “Myron” Bouslog calling the shots should be just the ticket for Power. 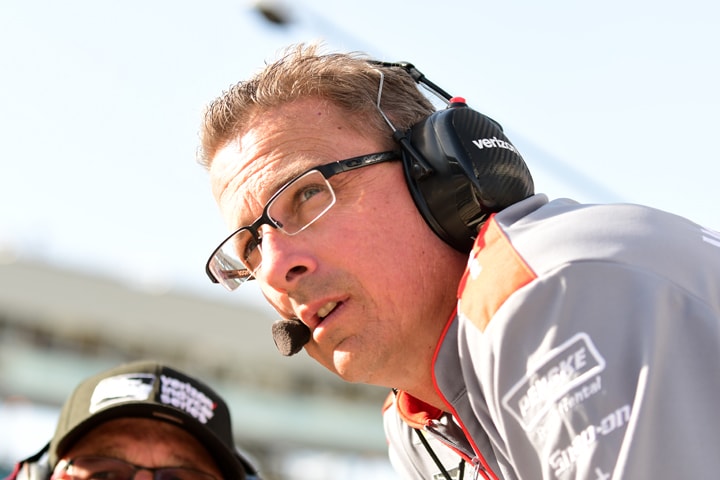 It’s worth noting that, with this victory on Saturday, Team Penske’s win record more than doubles that of Chip Ganassi Racing, who have earned 103 Verizon IndyCar Series victories. Andretti Autosport owns 57 wins, AJ Foyt Racing has 44 and Rahal Letterman Lanigan is fifth with a total of 25 race wis. While it’s difficult to consider that an “Unfair Advantage,” as Mark Donohue stated, the depth and breadth of this team can’t be understated.

Nor can the energy of its 81-year-old leader, Roger Penske. “What a great day for the team,” Penske said. “The greatest drivers have performed for us. IMS is the most special place to secure our 200th win; I could not think of a better setting, but the most important win now is No. 201.” 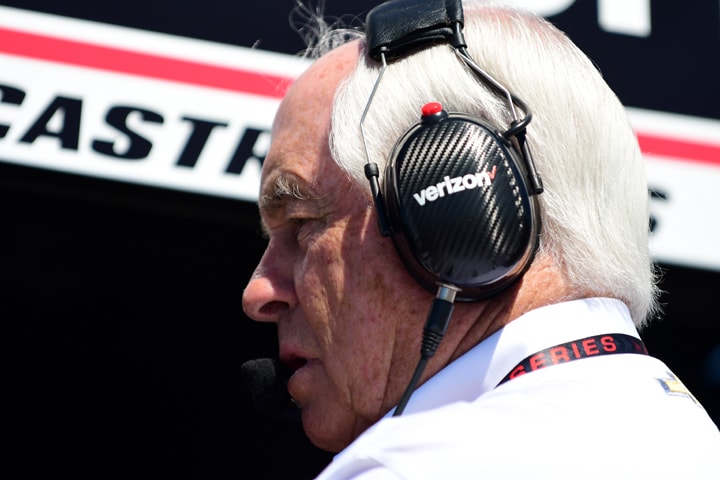