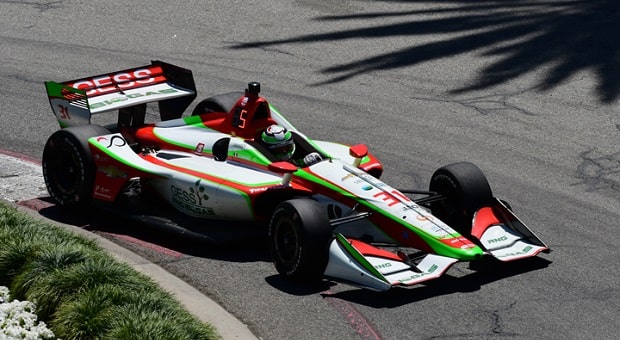 This is big news for Patricio O’Ward, the 2018 Indy Lights champion whose INDYCAR debut at last season’s Sonoma Raceway series finale was so impressive it nearly eclipsed Scott Dixon’s fifth series championship. He qualified fifth and finished ninth in that contest. Newly named to Red Bull’s Junior Team, O’Ward’s future is a heck of a lot more secure than it has been in the last nine months.

Mexican national O’Ward won the 2018 Indy Lights title with Andretti Autosport, and as teammate to Colton Herta. The duo expected, after their initial run in Sonoma last September, to be teammates again with Harding Steinbrenner Racing, an outgrowth of Mike Harding’s and George Henry Steinbrenner IV’s collaboration.

O’Ward’s financial backing wasn’t enough to secure his ride with the team and he was released at the start of 2019. Haarding Steinbrenner became a single-car team – again – with Herta as their driver. The team also switched from being Chevrolet proponents to racing with Honda Performance Development power.

O’Ward’s ostracism from the NTT IndyCar Series didn’t last long as Trevor Carlin realized his value and hired Pato for 12 races, including this month’s 103rd Indianapolis 500, where he will be one of three drivers on the Carlin squad, joining full-timer Max Chilton and Charlie Kimball, who is racing a partial season with Carlin.

Dr Helmut Marko of Red Bull saw the talent of this great racer, still only 20 years old, who has also found success in sports car competition, earning the North American Endurance Cup title in IMSA’s Prototype Challenge (PC) class, as well as the overall PC championship. The announcement on May 9 of O’Ward’s ascension to the Red Bull Junior Team acknowledges his great talent behind the wheel and the driver’s capabilities outside a race car. 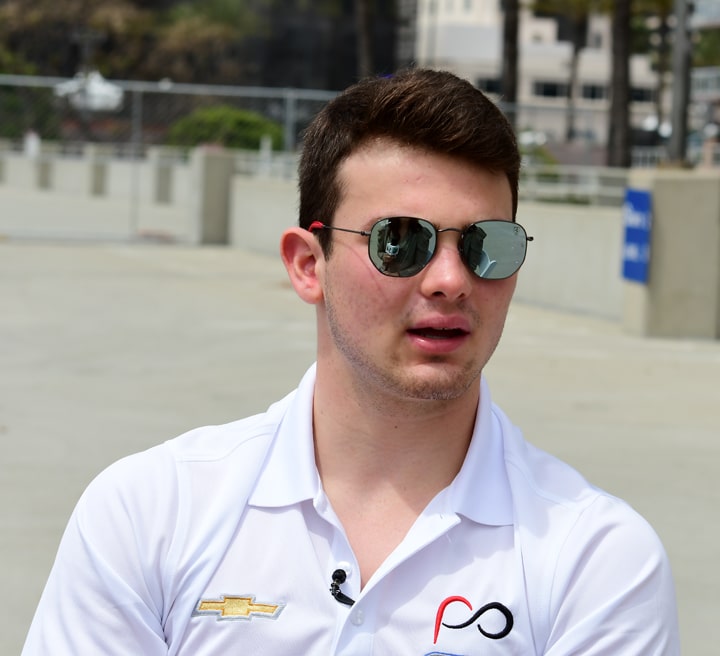 “I’m very proud to have been approached to be a member of the Red Bull Junior Team and thank Dr. Marko and the team at Red Bull for seeing my potential,” O’Ward said. “My focus for the remainder of the season is absolutely delivering results in the NTT IndyCar Series with Carlin. We have a great package and a lot of potential together. It’s great to race in an environment where we completely support each other as a team.”

Currently driving with Carlin, O’Ward rejoined the Indy car series at its second race, the INDYCAR Classic at Circuit of the Americas, close to his adopted Texas home in San Antonio. There he finished eighth from eighth on the grid. A week later at Barber Motorsports Park he took 16th after starting 18th and, at Long Beach he battled from ninth grid spot to a 12th place finish for Carlin.

Despite missing the first race of the NTT IndyCar Series season, Trevor Carlin feels he’s got a real talent on his squad with O’Ward and is excited for his driver’s future. “We’re delighted that Pato’s potential has been recognized by the Red Bull Junior Team, a program that has helped incredibly talented drivers in the past. Whatever Pato’s future holds, we know he has a successful and exciting career ahead of him,” Trevor Carlin said.

“Together with Pato and the entire Carlin INDYCAR team, we are very much focused on the season ahead and of course the Month of May. This is without doubt our most intense month of the year and the Indianapolis 500 remains the absolute jewel in the crown of motorsport,” O’Ward’s current team principal said. “Pato and the rest of the team are determined to make the most of our continued development and improvements on and off track and claim the best result possible.”

O’Ward is scheduled to race in this weekend’s INDYCAR Grand Prix on the Indianapolis Motor Speedway’s 2.439-mile, 14-turn road course. The 85-lap contest is scheduled to take the green flag on Saturday, May 11 at 3:50PM EDT. It will be broadcast free-to-air live on NBC. 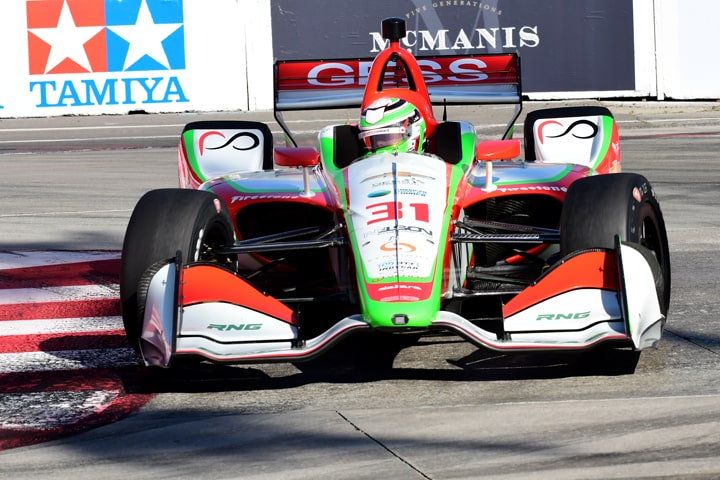