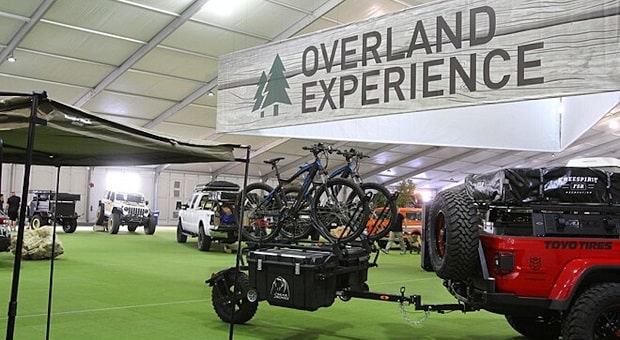 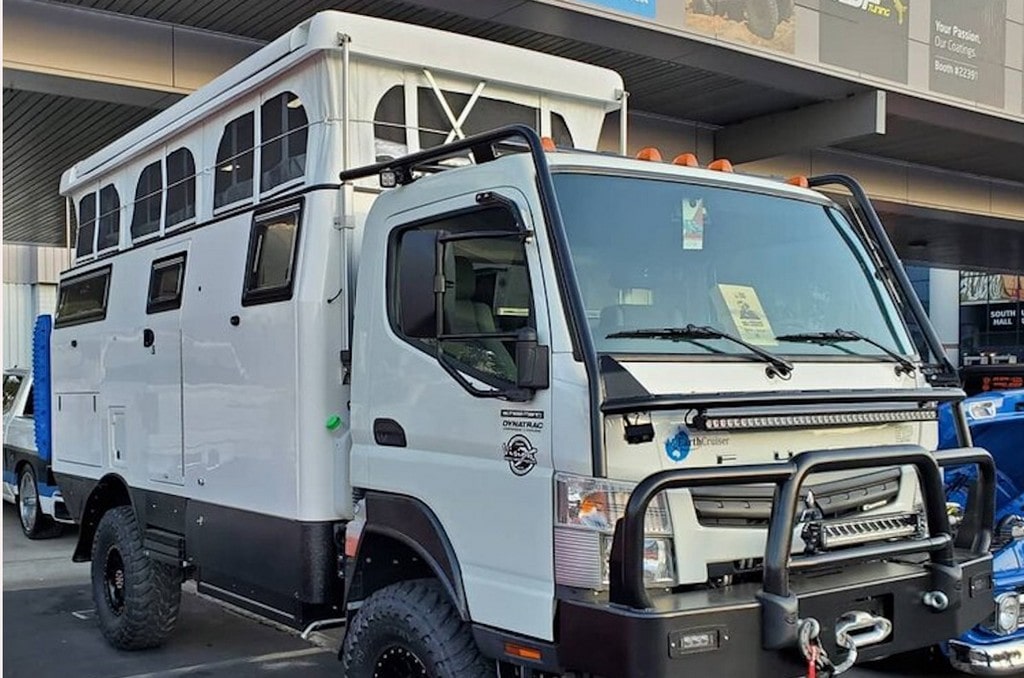 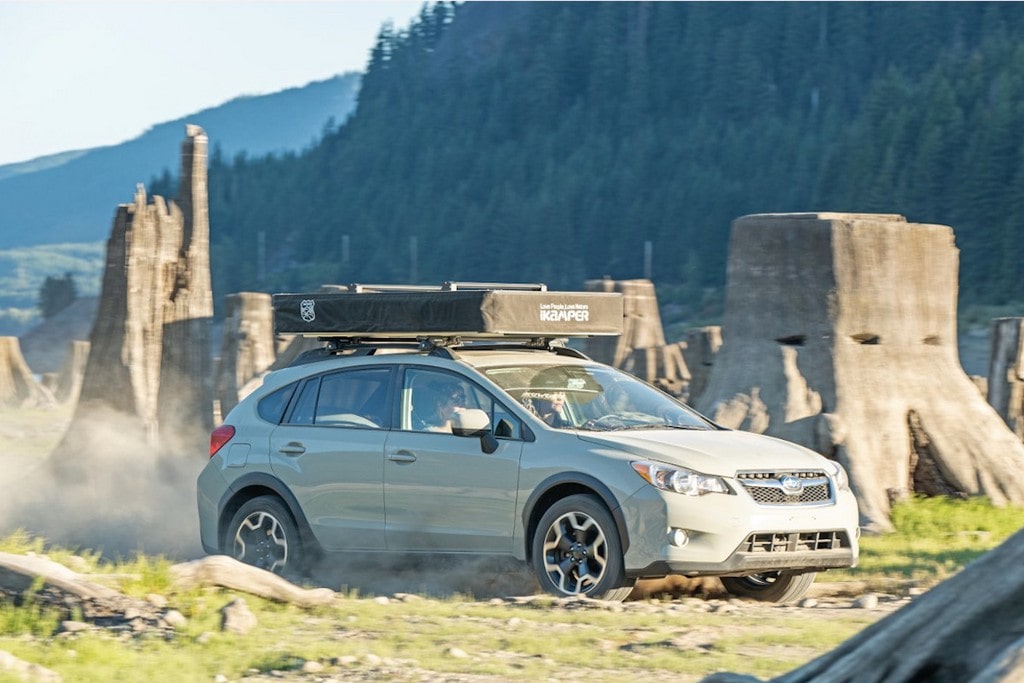 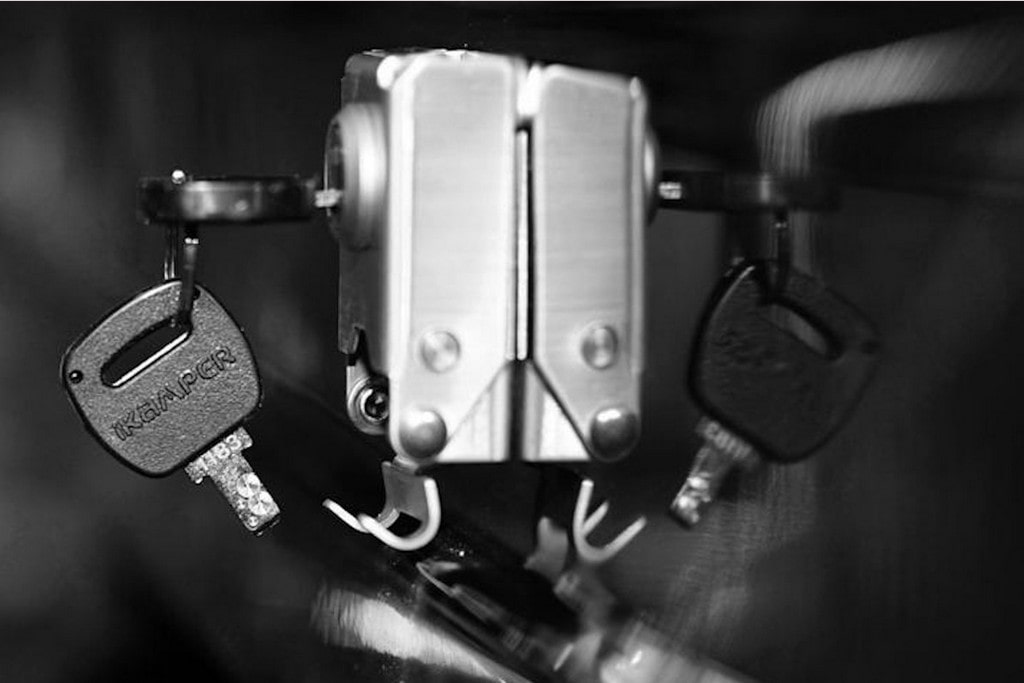 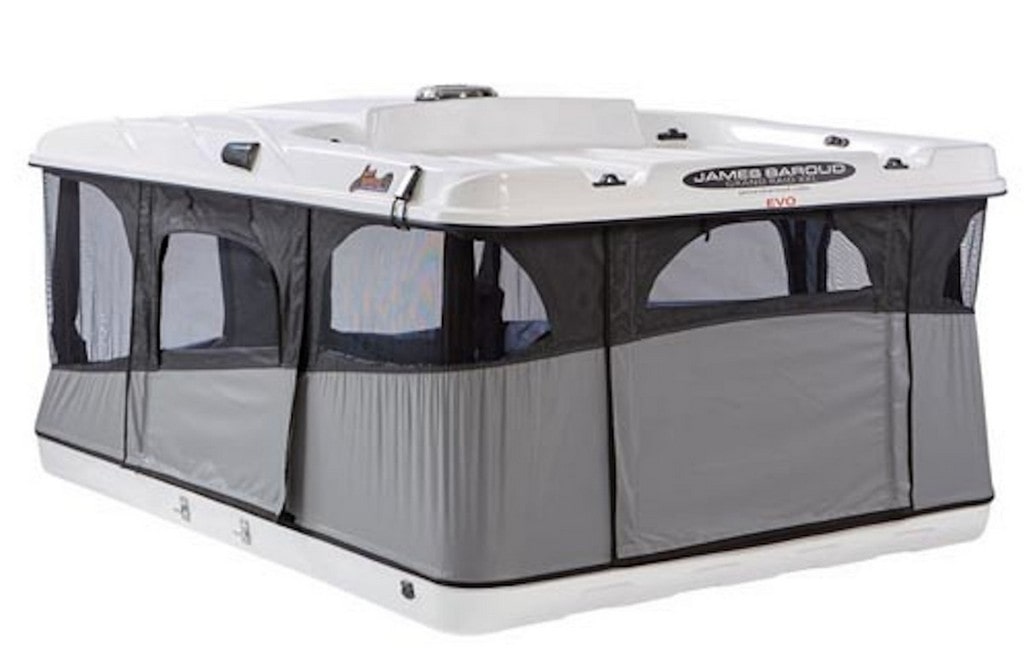 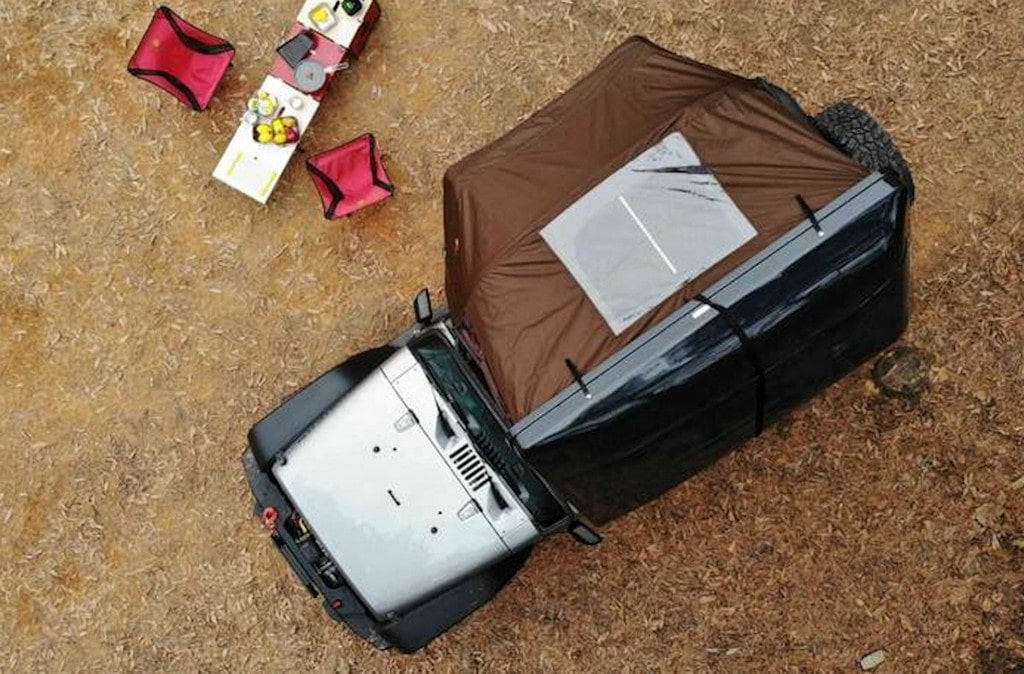 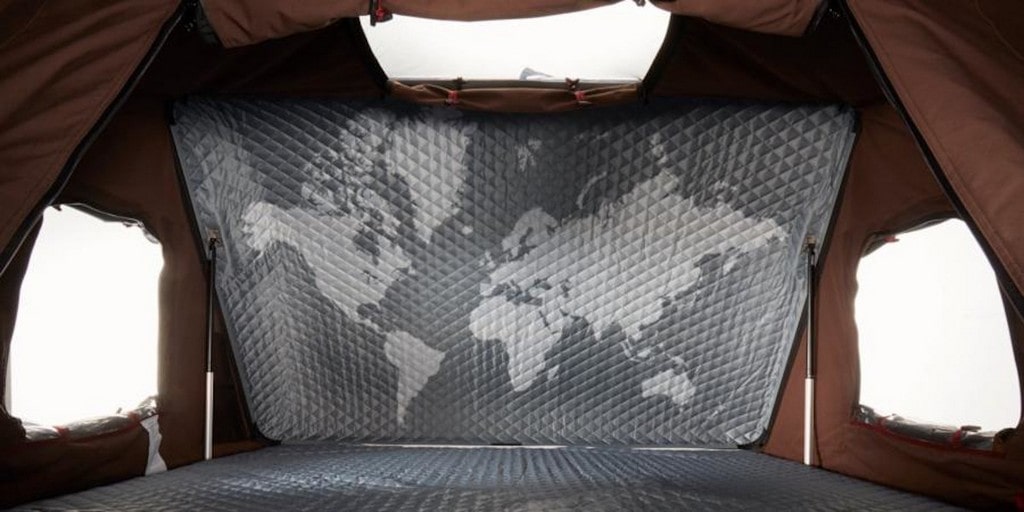 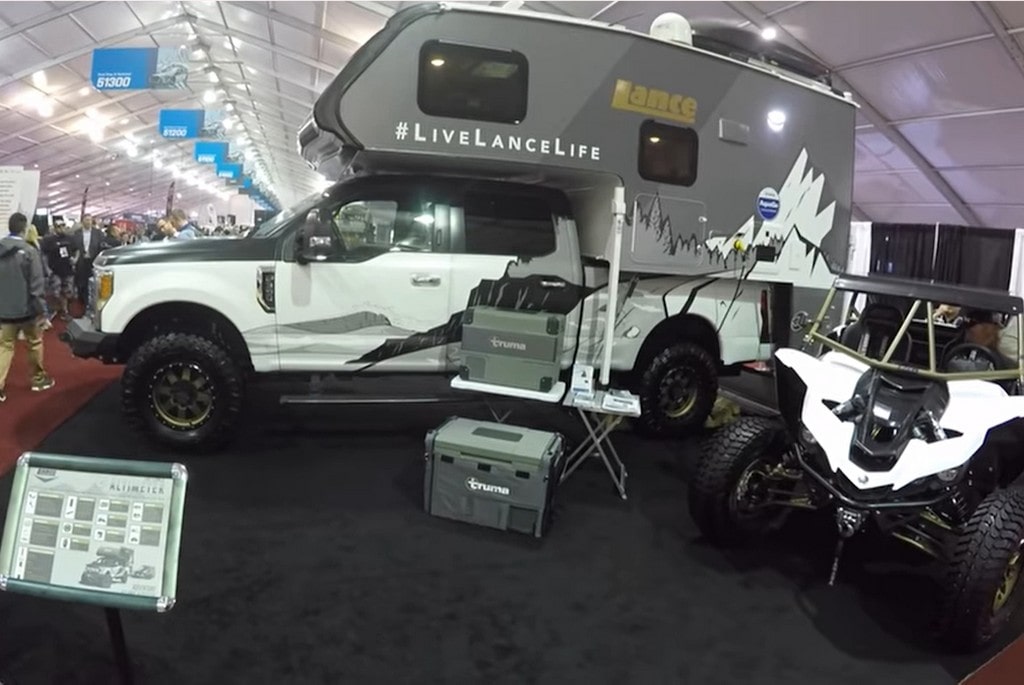 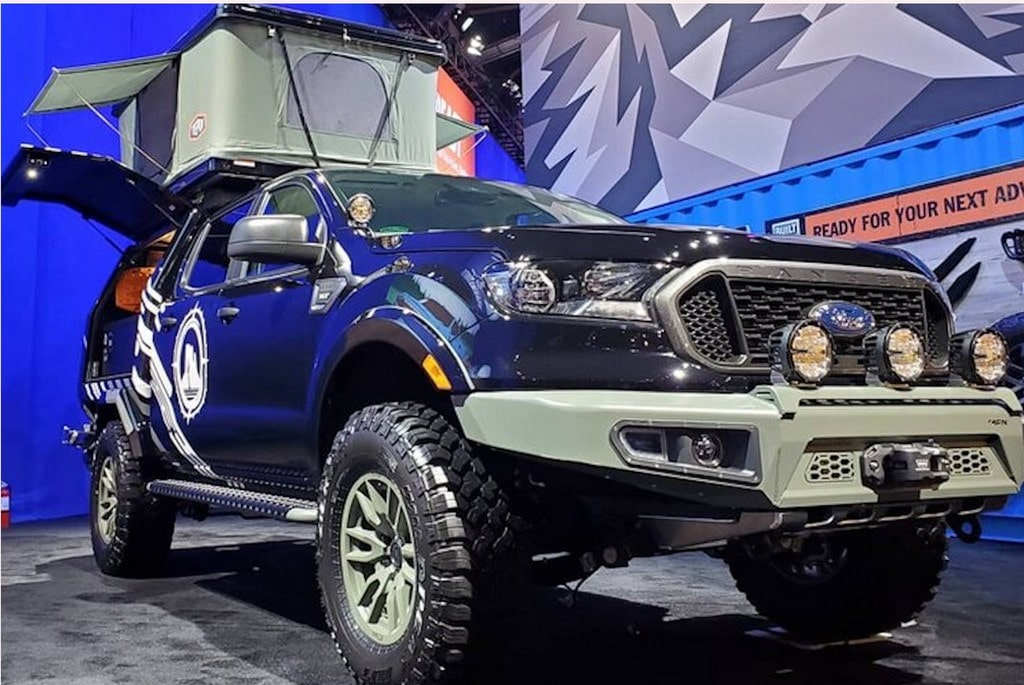 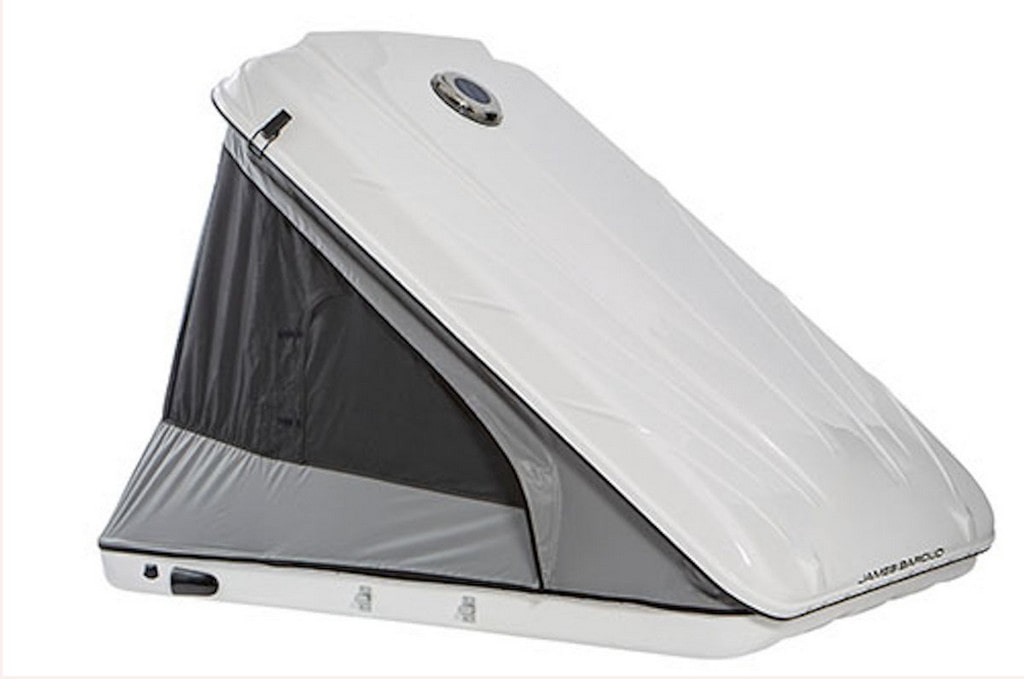 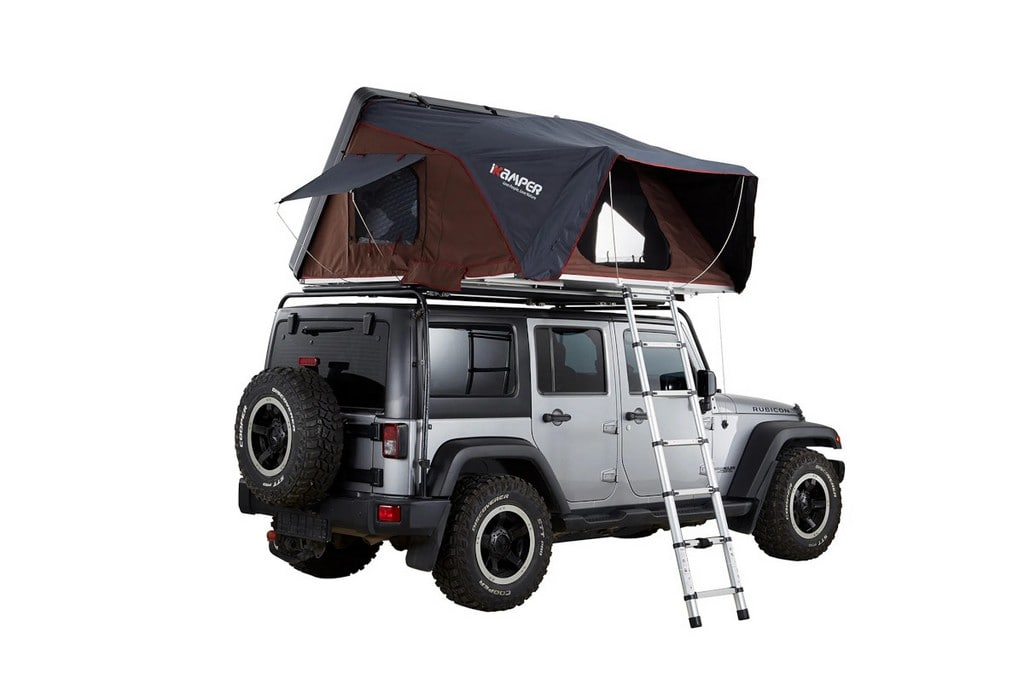 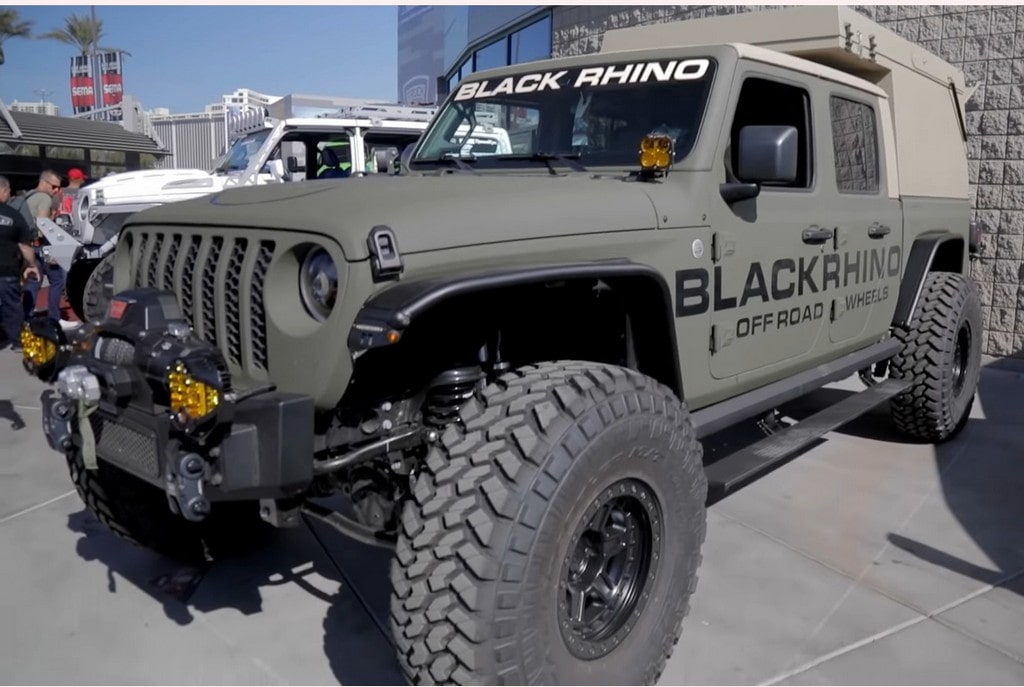 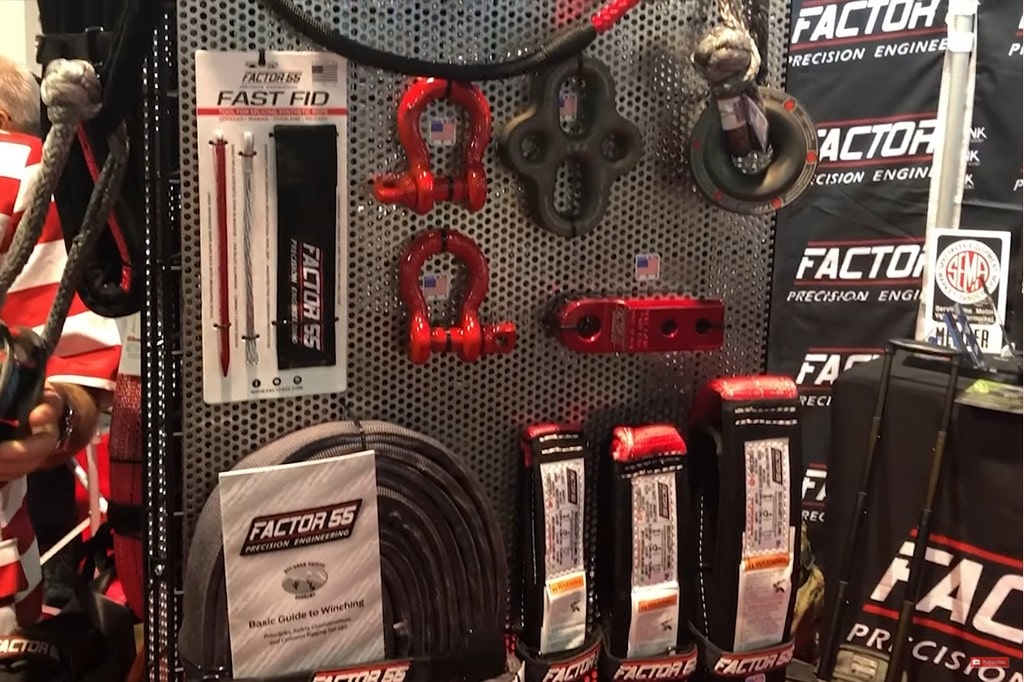 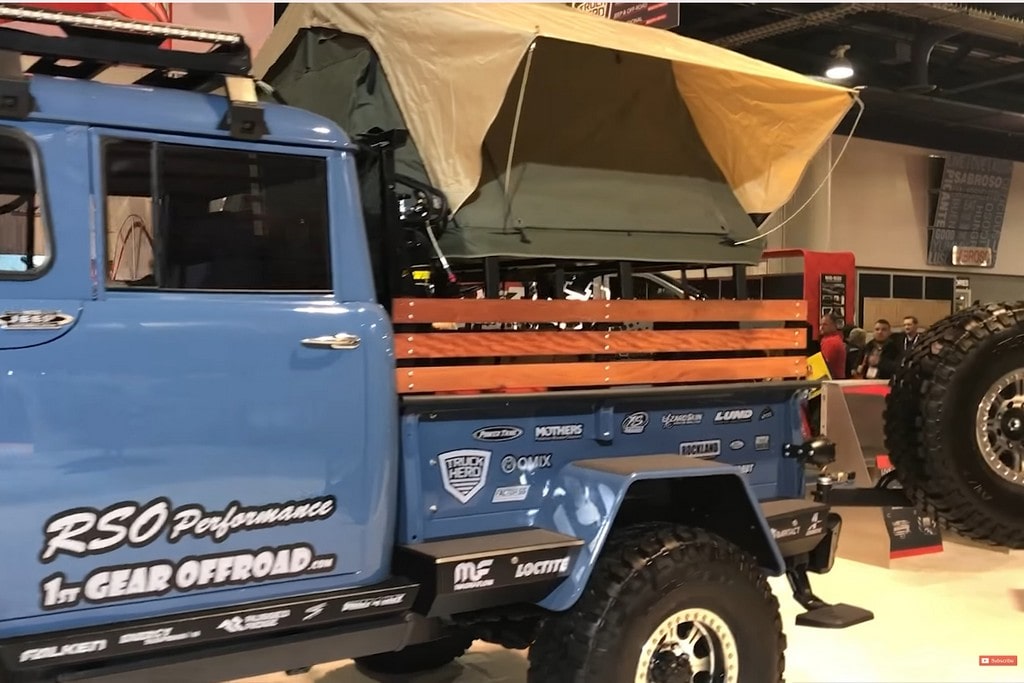 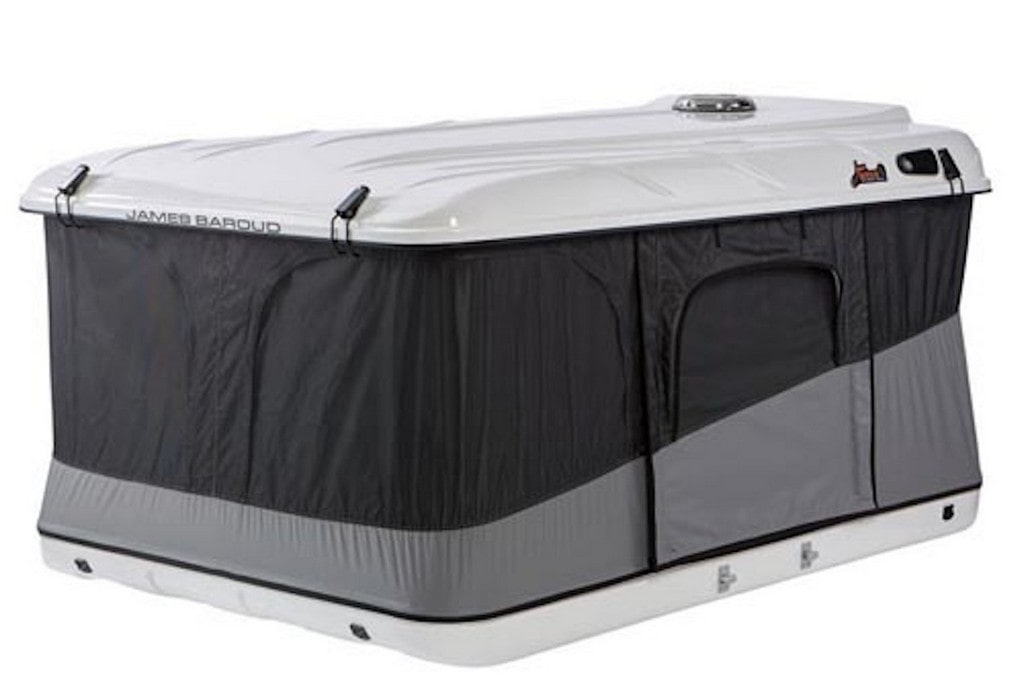 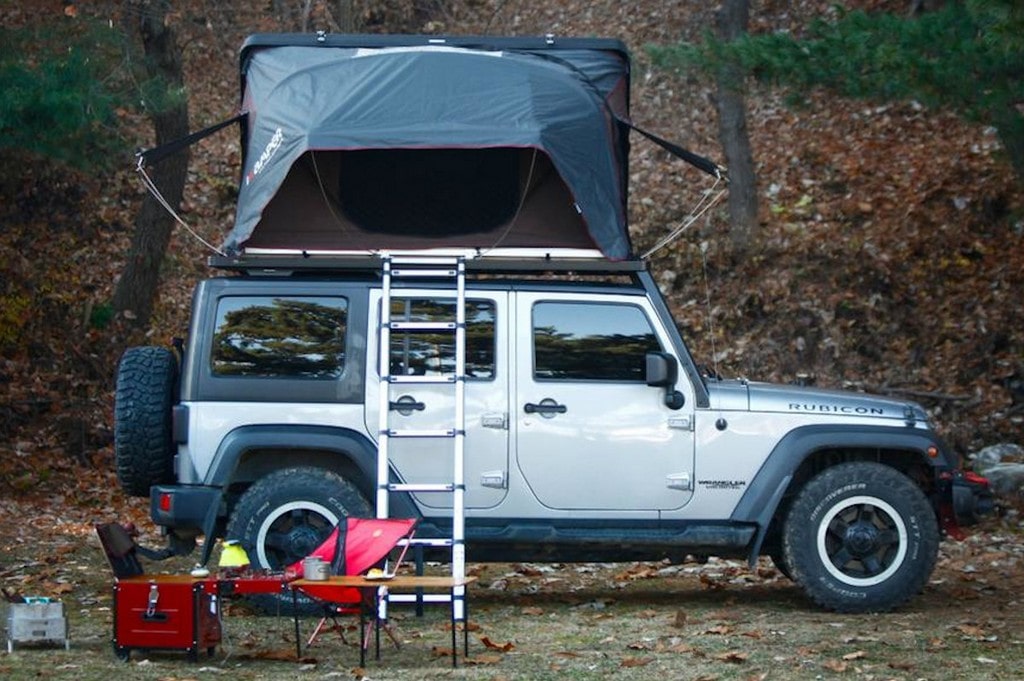 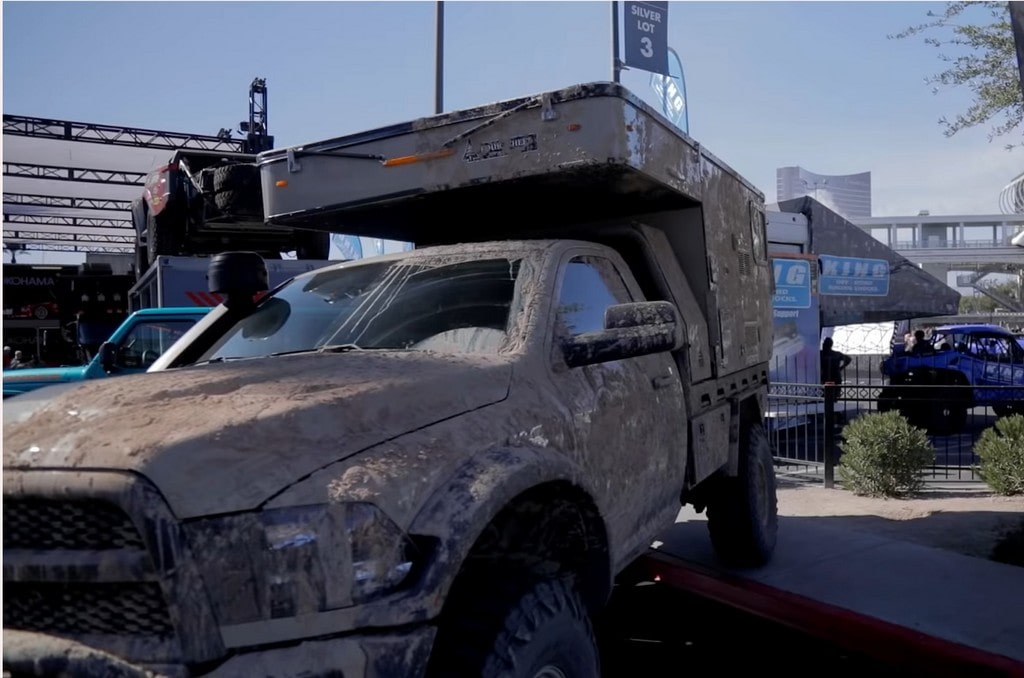 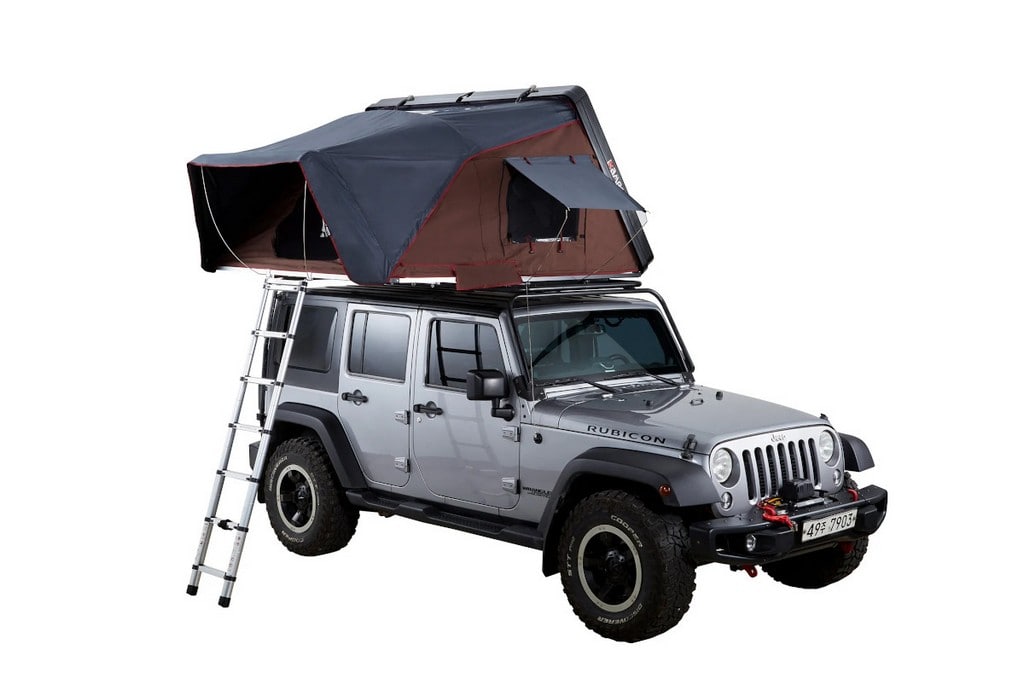 All images from screenshots.

Overlanding is becoming less and less of a fad and more and more of a lifestyle for many people. Nowhere has this become so obvious than at SEMA 2019, where the Overland Experience almost completely took over the area that had for years been devoted to the off-road/4X4 niche. Sure, there were Jeeps, and big lifted four wheel drive vehicles galore, but these were mostly showcase vehicles that would probably only get muddy if it rained in the parking lot somewhere they were being shown off. There were literally dozens of companies at the show this year that were showing off their overland wares. Besides vehicles that looked like they were designed for the zombie apocalypse, there were also many examples of roof top campers for those looking to get into or get deeper into the overland life.

We at RacingJunk looked at the phenomenon that is overlanding earlier this year. In a nutshell, overlanding can be looked at as camping on steroids: Pack up your vehicle and go, ready for anything, whether it’s freezing rain, snow, mud or no power at your campsite.

Many in the lifestyle like to add that there doesn’t necessarily have to be a destination in mind other than “Somewhere not here.” Your overlanding experience can take you anywhere and everywhere, no roads required. You don’t necessarily need a vehicle that’s capable of rock crawling; even a fairly rugged and mildly capable vehicle like a Subaru AWD can be used for an overlanding adventure.

Most of what I’ve seen up until recently for outfitting overlanding vehicles can be loosely thought of smaller recreational vehicles. People have stripped out and refitted old school buses and even vans for the overlanding experience. “Getting back to basics/nature” has become something of a theme recently, with members of the overlanding community mounting tents on top of their off-road vehicles.

Rooftop tents are exactly what they sound like — tents that are mounted, permanently or not, to the top of a vehicle. Access is usually via a fold-down ladder, usually included, and they can comfortably sleep between one and five people, depending on which model you get and how big you are. I’m not going to fit as comfortably in a two-person model as, say, my wife and daughter will.

Manufacturers have noticed this trend and have started running with it in a big way. Almost everywhere you turned at the Overland Experience and the 2019 SEMA Show, you could see another example of a rooftop tent that was manufactured as a rooftop tent. There were tents that doubled as storage when not being used as tents, tents that folded down into the bed of your truck with storage above and below the tent and tents that actually rotated so they were hanging (supported) off the roof of the vehicle when in use. If you could think it up, it most likely was there.

Rooftop tent systems by James Baroud abounded. Taking a look through some of the YouTube channels dedicated to the Overlanding lifestyle, the number of Baroud tents was to be expected as he seems to have hit the nail on the head with all of his designs. The company has ten hard shell models and one soft shell model, with prices ranging from just over $2,000US to just over $4,000US. All models come with a three year factory warranty and are fully customizable.

iKamper is another manufacturer that was well-represented throughout the show. They have a number of models, ranging in price from around $2000 up to more than $4000. iKamper started out as a Kickstarter project and set a record for that site by raising $2.3 MILLION in just 45 days. Their Skycamp 2X was just released prior to the show and it comfortably sleeps two to three people. It also has a hard shell cover so you can strap more gear to it. Their tag line for this rooftop tent is, “Park your car and be ready to camp in one minute,” as this tent can be erected in under sixty seconds. The Skycamp 2X weighs only 120 pounds and is aerodynamic when in the storage position, so you won’t take a hit on your mileage by using it.
Some of the vehicles on display at SEMA 2019 were more reminiscent of zombie movies than what we’ve become used to as custom vehicle builds at SEMA. This EarthRoamer 4X4 is a prime example of this.
You don’t need an extreme 4X4 to get into the Overlanding lifestyle. Something mildly capable will be great for starters.
Most rooftop tents use the baggage/luggage bars that many vehicles are factory-equipped with. Some can be locked to those bars for added security.
The top of the line Grand Raid from James Baroud.
Kamper’s Skyview2 has a “skylight” in the top of the tent so you can “sleep under the stars” but still sleep covered.
Rooftop camper tents may look small on the outside, but check out the image above. That’s the inside of the iKamper Skyview rooftop tent. As you can see, it will comfortably sleep two to three adults, and a small child can be fit in as well without discomfort.
In case you were thinking that extra extreme zombie-fighting camping vehicles and “regular” off-road vehicles with rooftop tents were all that was on display at SEMA 2019, “boring” camper shells were also heavily represented. The display model from Lance Campers was one that really caught the eye of many attendees. Filled with luxury appointments, this beauty is more of an apartment on wheels than what us old folks remember as truck bed camper shells.
Back to Post
About Mike Aguilar 388 Articles
Mike's love of cars began in the early 1970's when his father started taking him to his Chevron service station. He's done pretty much everything in the automotive aftermarket from gas station island attendant, parts counter, mechanic, and new and used sales. Mike also has experience in the amateur ranks of many of racing's sanctioning bodies.