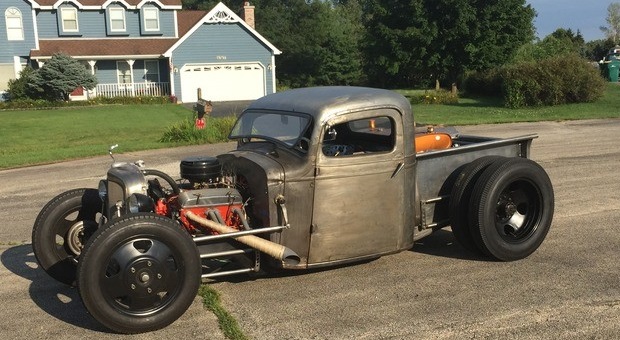 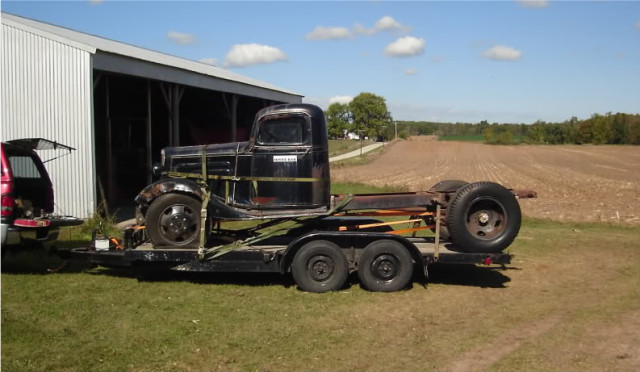 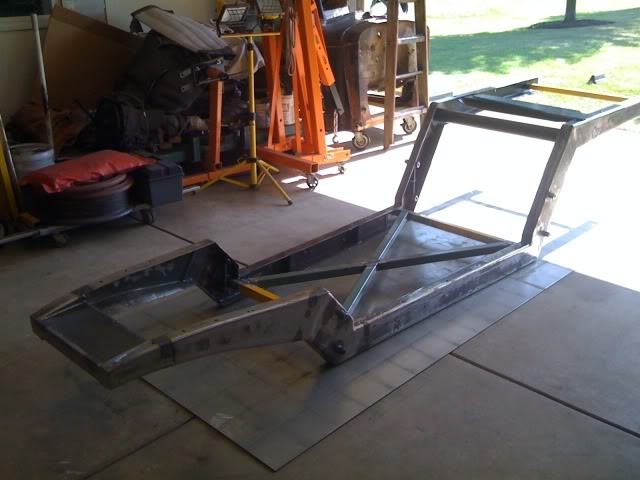 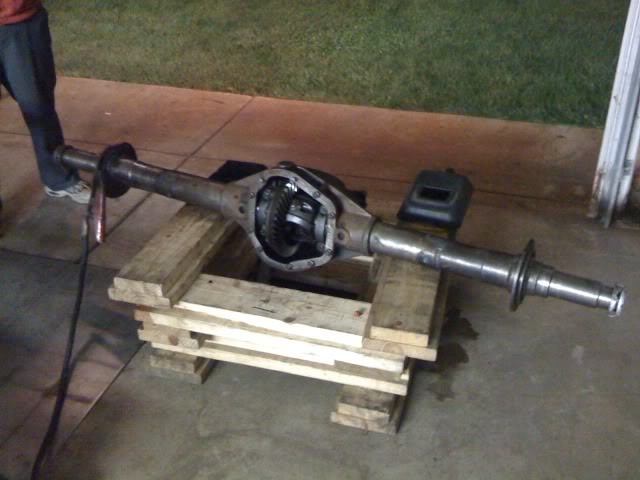 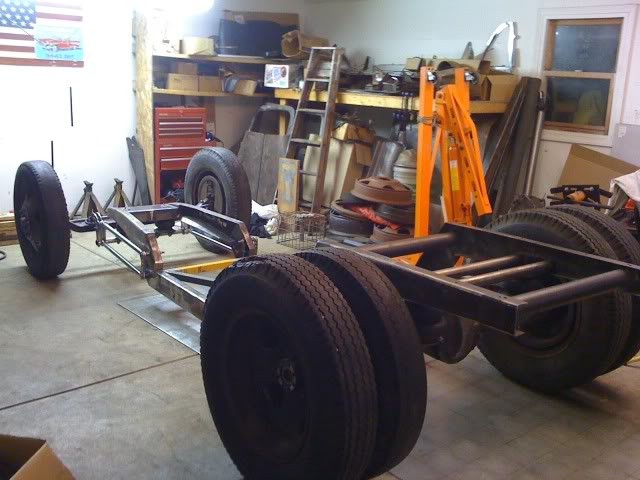 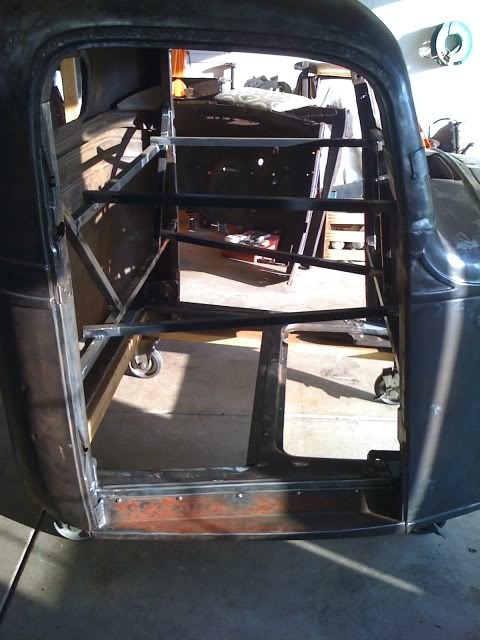 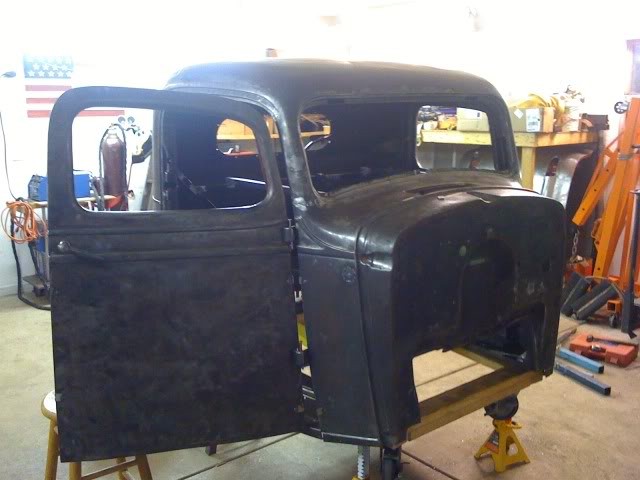 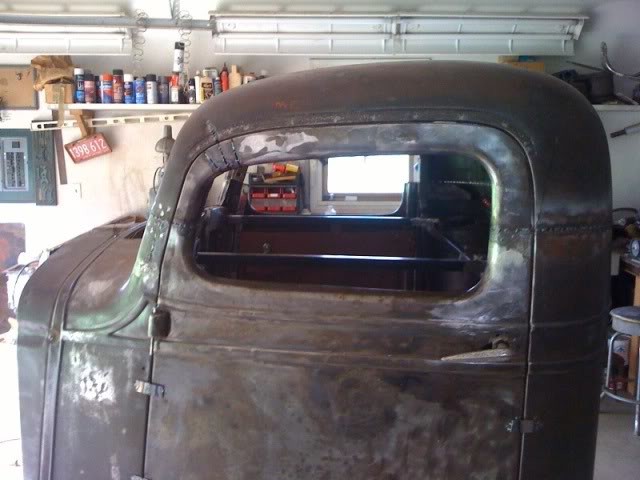 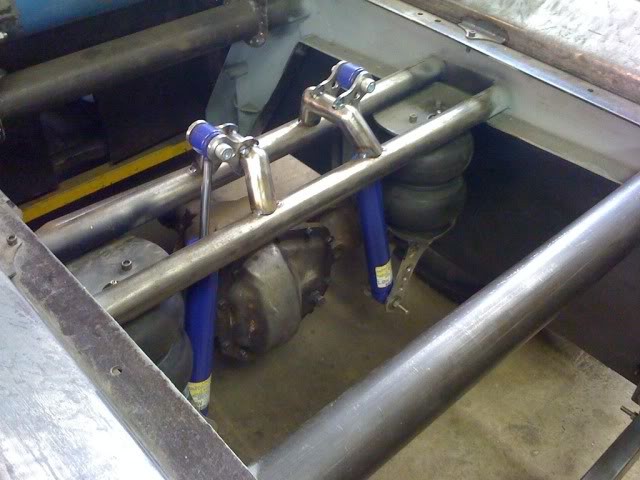 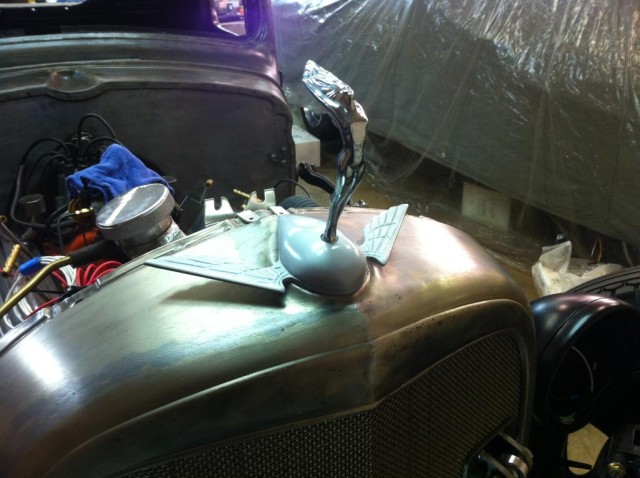 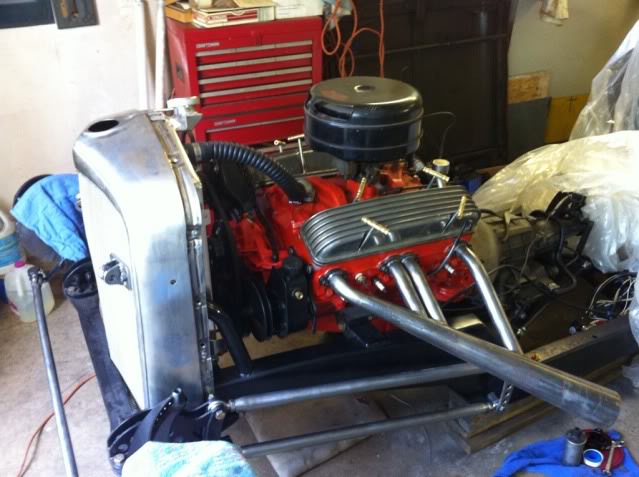 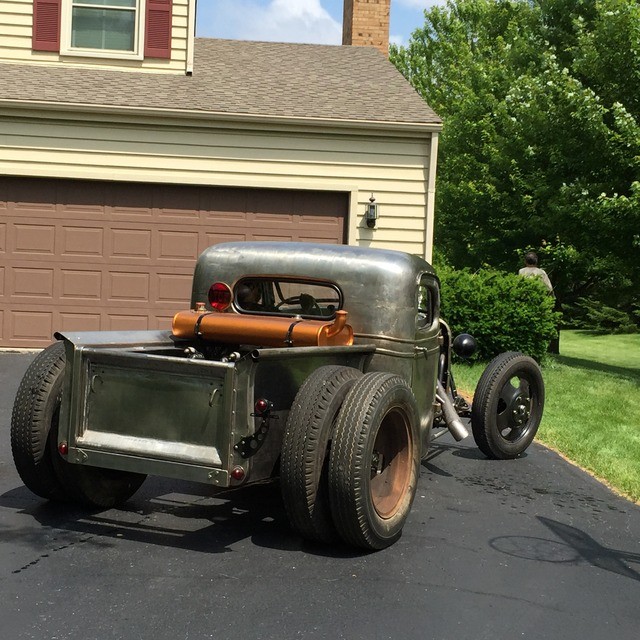 And so it began, with bold intentions to lower the truck, chop it, and reconstruct it in a way a mad scientist might consider a little brash.

First, the frame was tapered up front. Then came the realization that the four-link would need a tad more clearance, so the gorgeous tapers were hacked up and tapered even further. The center frame was sectioned an additional 2" for more room for feet and a lower ride height, and the first cross member was added. The frame was coming along quickly.

Next came the Dana '61 rear axle, which means a set of cruise-happy 3.07 gears. The rear axle was accompanied by half-shafts that were thinner but had the same overall diameter, so a bit of trimming was necessary to fit them into the center seamlessly. Seventy-three years of abuse meant they were no longer perfectly cylindrical by a long shot.

A full set of bags and panhard bars for both axles were picked out. Fabricating the brackets for the rear was a bit tricky with the bags hitting the crossmember, so a redesign was in order. The mounting plates for the bags were fabbed, and some alloy valve stems for motorcycle rims were used - with that, the roller was functional. On full inflation, the bags provide 6.5" of ground clearance - so speed bumps and small rodents shouldn't be an issue.

After the bondo was knocked away and the wire wheel taken to a mildly scored and patina-covered cab, the prettier bits - though that's subjective - of the truck were beginning to draw some attention from the builder's wife and neighbors. However, the cab needed extensive work before it would be functional; time had not been kind to the fitment of the door hinges, the windshield mechanism, and so on. Once the door mechanisms had been welded in and the cab bracing placed, the floor was pulled.

To try and remedy some of the tweaking in the shell, the builder strapped the doors on, squared everything up, gapped the doors, and tacked them in place. Building the new hinge halves while the doors were tacked on ensured that the spacing was even, and thankfully, the hinges worked beautifully. When the door opened smoothly, a long sigh of relief was heard the town over. Since the cab was then functional, it was wire-buffed and given a clear coat to turn heads.

After clearing a bit of rot from the bottom of the cab, pounding out the tweaked portions and patching it, it was time for a haircut. With a few inches off the top, the car looked remarkably different. The A-pillar joints and the door joints were sleeved for added rigidity. Finally, the door tops were cut to help re-arch them. The chop only took two inches off the top, but that was about as small as it could reasonably go - the windshield would be 8" tall with the cutting.

Then the boxed rear frame was adorned with a set of $36 shocks from a Chevy Tahoe. With a set of custom tower brackets to mate them to the air bags, they're a simple setup that works and doesn't break the bank. They weren't the ideal choice - about an inch too high - but with the bags in place, the 6" range is adjustable and sufficient.

A Rolls Royce-style hood ornament from an antiques store was picked to sit atop a custom-hewn teardrop. The wings were shaped with a basic band saw and belt sander - showing that a bit of artistic ability goes as far as funding a custom tailor when it comes to hot rod-style.

The cab was removed to access the frame. Plenty of sanding, buffing, and painting was done before the air lines were mounted. With hand-made hard lines, flex lines for full inflation of the bags, and an adjustable proportion valve installed, the comprehensive airbag system was coming along strongly. Then the lines were plumbed and the hydro booster added. The engine - a freshly rebuilt 307 out of a '72 Malibu - was strapped on with custom headers with turnouts. Mild baffles made from a perforated tube from a motorcycle exhaust were thrown in to keep it from being obnoxiously loud, though it still had the ability to upset the neighbors in the Chicago suburb it inhabits.

The door trim was put back on, and accented with 23 brass screws per door. Continuing in the brass theme was a gas tank painted the appropriate color; the sending unit was placed inside and wired, and the classic third brake light added to the rear end, and so the rear end, and a long build, was complete. Functional, classy, and complete, there's nothing this build leaves to be desired.
Back to Post
About Tommy Parry 122 Articles
Tommy Parry has been racing and writing about racing cars for the past seven years. As an automotive enthusiast from a young age, Tommy worked jobs revolving around cars throughout high school and tried his hand on the race track on his twentieth birthday. After winning his first outdoor kart race, he began working as an apprentice mechanic to amateur racers in the Bay Area to sharpen his mechanical understanding. He has worked as a trackday instructor and automotive writer since 2012 and continues to race karts, formula cars, sedans and rally cars in the San Francisco region.