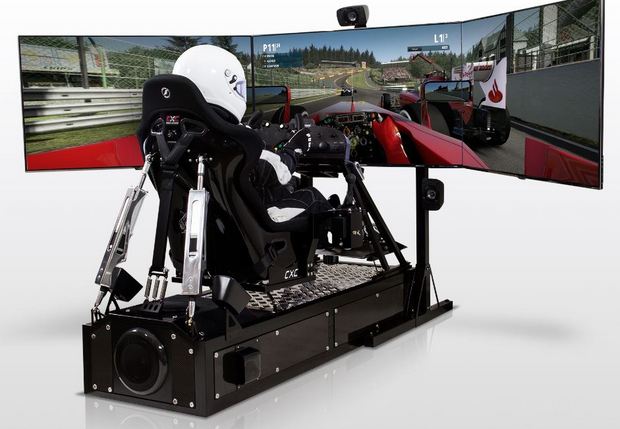 The old saying goes: “Practice makes perfect.” But for race car drivers, practice usually means spending money, and if the weather doesn’t cooperate, no amount of money can get you on the track with optimum race conditions. While there’s no replacement for actual seat time, modern technology and ingenious engineering have given us some pretty decent alternatives in the form of racing simulators. 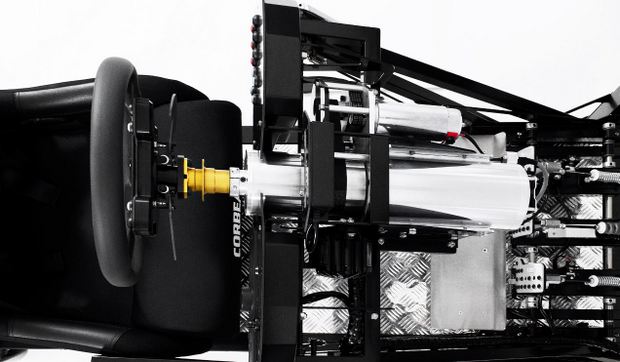 These over-the-top simulators might seem a bit excessive, but CXC’s products were actually born out of necessity. CXC founder Chris Considine was pursuing a professional racing career and needed a cheaper way to get more seat time and track experience. A race simulator was the perfect solution for the blossoming driver: there were no track costs and no consequences for mistakes made while seeking out that extra tenth of a second. As the simulator began to gain popularity and demand increased, Chris’s racing career quickly took a backseat while he grew CXC Simulations into one of the world’s leading motion-based racing simulator manufacturers.

With a client list that includes some of the best racing teams, drivers and manufacturers, CXC is a race hub second only to the track. I had to go see for myself just how close to real racing I could get with the Motion Pro II. If professional racers are using this system to train during the off-season, CXC must be doing something right. 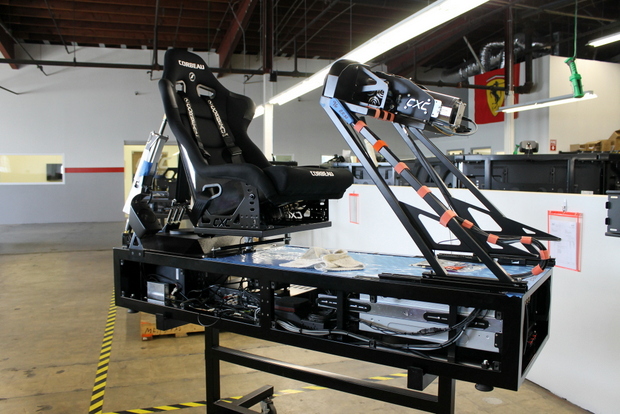 Located in sunny Southern California, CXC Simulations’ headquarters features a large manufacturing and assembly warehouse with a handful of MP II simulators in various states of customization and completion. CXC is just as much engineering firm as racing simulator manufacturer, and working with clients to tailor the perfect experience is nothing out of the ordinary. Their latest engineering feat involved installing an MP II system inside the chassis of an actual Champ Car. 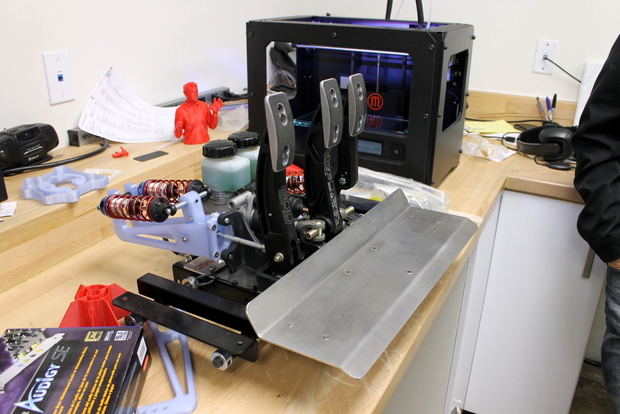 After a tour of the shop, which included a visit to their production lab where a 3D printer is used to rapidly prototype parts for testing, I finally arrived at the showroom. A quick glance around the room revealed an impressive piece of engineering sitting quietly in the corner, waiting for its next driver. Having driven a fair share of static racing simulators, I was interested in finding out just how much a motion system would add to the overall experience. 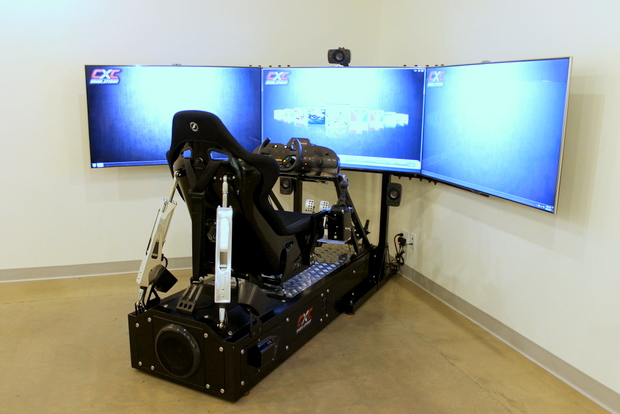 The attention to detail in the MP II is mind-blowing. Every piece has been designed for function. I joked with Chris about having to strap into a four-point harness, mentioning that there was zero threat of being ejected from the chair. He politely pointed out that the harness isn’t used to keep your bottom in the seat; it’s used to simulate g-forces experienced under heavy braking. After buckling myself into the Corbeau racing seat, I loaded up a Le Mans spec race car and began tackling the challenging corners of the world famous Mazda Raceway Laguna Seca.

Following the first few seconds of my reconnaissance lap, I knew I was in for something completely different . With all of its technology combined, CXC’s MP II has faithfully reproduced the sensations of driving fast. I was able to feel every bump in the road, every rumble strip I rolled over, and I immediately knew when I had lost traction in the back wheels, triggering an instinctive reflex to countersteer and keep the car on its course. While most racing simulators focus on visual and audio cues, the MP II really focuses on weight transfer to let your body know what’s happening with the car. 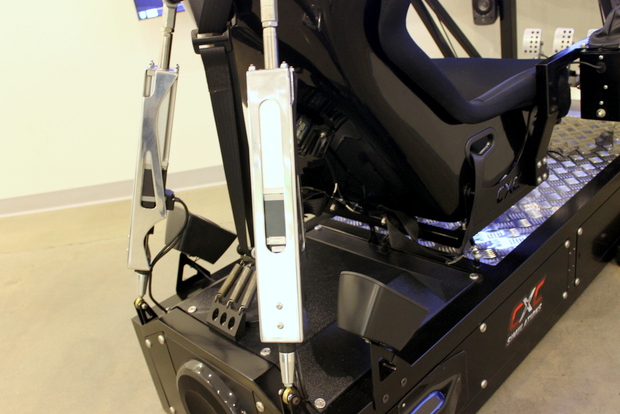 I put in ten solid laps, battling the demanding corners and the infamous corkscrew, and climbed out of the simulator in a surprising state of exhaustion. I had no idea that piloting this virtual race car would be so rigorous. It’s no wonder the pros like to train with this system; it tests both your mental and physical endurance. If you can put in 50 clean, race-pace laps in this simulator, you just might be ready for a career in the big leagues.

CXC Simulations’ Motion Pro II racing simulator is the perfect investment for the serious aspiring racer, or the ultimate addition to the best man-cave in the world. Whichever application you choose, one thing is for sure: it’s not for the faint of wallet as these amazing examples of engineering start at $45,000.

Check out the Motion Pro II in action below!