The first four-wide drag race of the NHRA 2018 season brought breathtaking excitement to a sold-out crowd at The Strip at Las Vegas Motor Speedway, as well as the start of winning streaks for three very excited drivers. 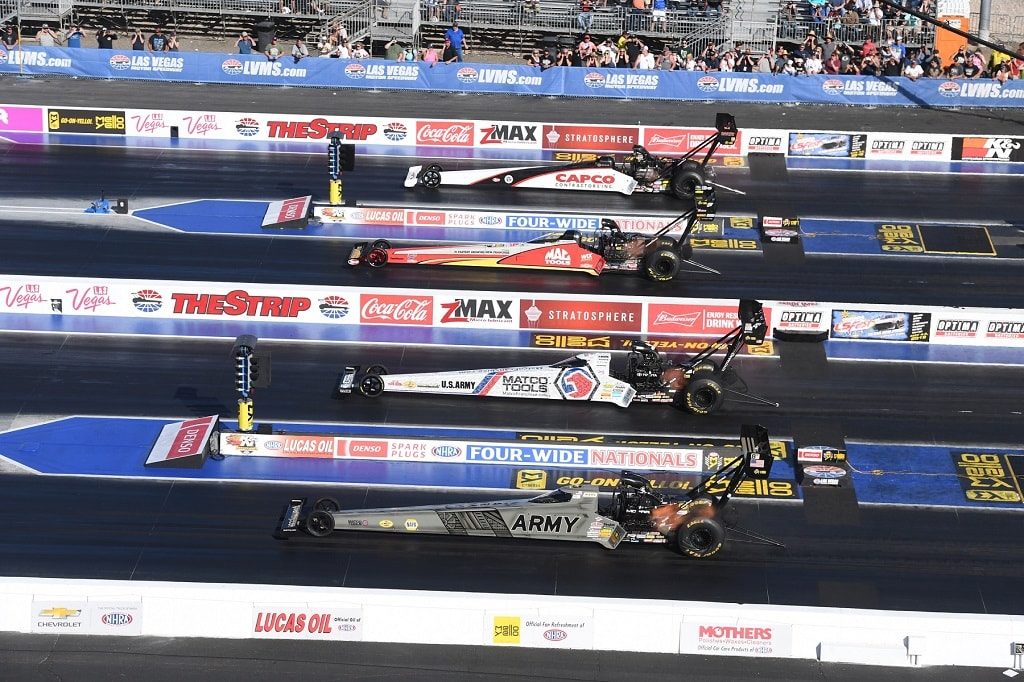 After taking on No. 1 qualifier Tony Schumacher, three-time season champion Antron Brown and Doug Kalitta in the final Top Fuel round of the 19th annual DENSO Spark Plugs NHRA Four-Wide Nationals at The Strip at Las Vegas Motor Speedway, Steve Torrence seemed to be on his way to owning up to a promise made during preseason – that he would come back winning in 2018, despite falling short of a championship in 2017.

With a 3.771-second pass at 326.63 MPH during Sunday’s final eliminations, Torrence earned the 18th victory of his career as well as his second victory of the 2018 season.

“Although my Torrence Racing team was confident going into the weekend at Las Vegas, taking on drivers like Brown, Schumacher and Kalitta for the win takes a lot more than confidence,” said Torrence. “Despite this win, our car still is not performing at the level that it was last year. As a result, we will have to continue working and prepare for the later part of this season, when every race really matters.”

While this win might not have the past NHRA champion reaching for the stars yet, Torrence currently sits atop the Top Fuel point standings going into Texas. 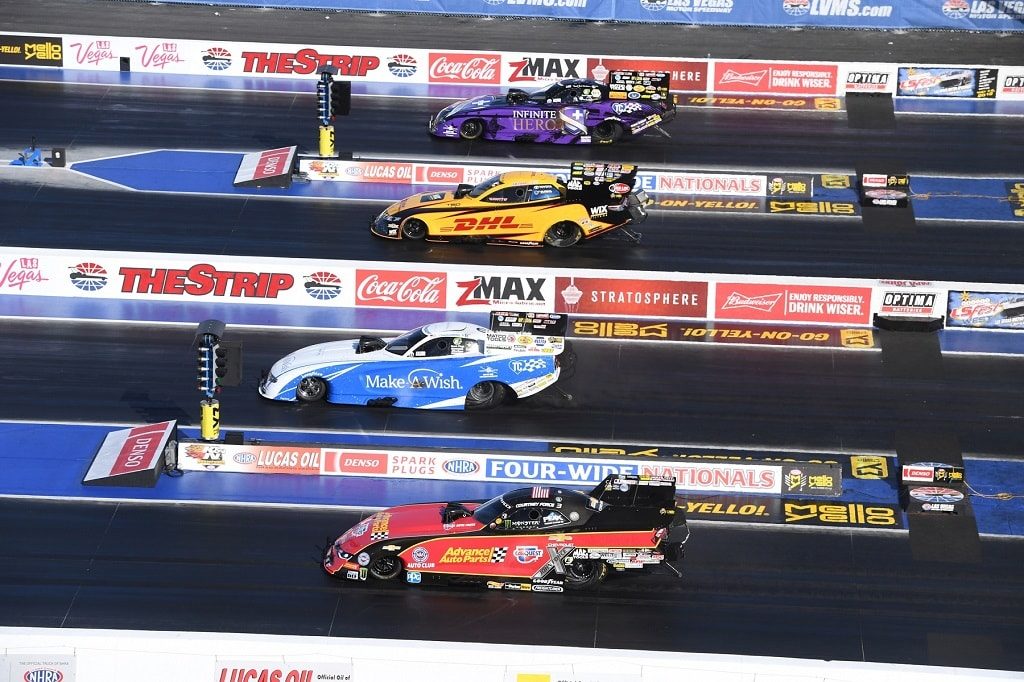 While one Kalitta Motorsports driver fell short in Las Vegas, another found his way back to the podium. After taking on Jack Beckman, Courtney Force and Tommy Johnson, Jr. in Sunday’s final elimination round, DHL Toyota Camry driver J.R. Todd impressed with a 4.041-second pass at 317.05 MPH.

“While we struggled during Friday’s initial qualifying session, I got my confidence up in the fourth round and this carried into Sunday’s elimination round,” said Todd. “With this win and future wins this season we are finally on our way to cracking the top ten in this highly competitive Funny Car class.”

Following his win, Todd now sits just outside the top-five in the Funny Car standings as he heads to Texas. 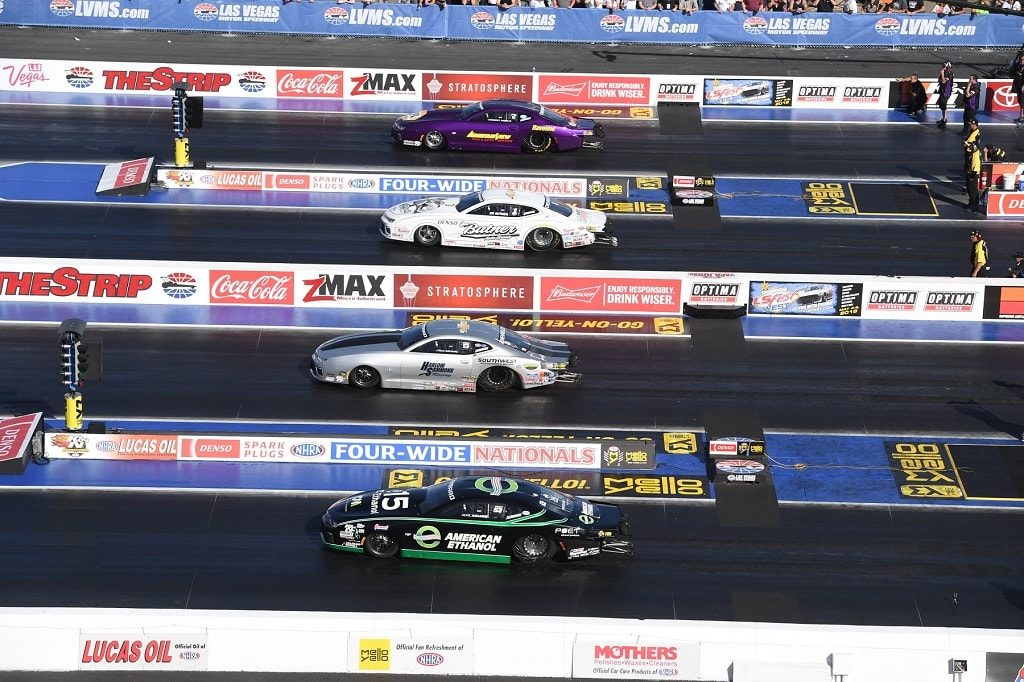 “My team worked their tails off this weekend after going through three engines and still making it to the winner’s podium,” said Nobile. “I believe that this indicates a turning point in our 2018 season, and that there is no reason that we won’t be back in the winner’s circle again soon.”