It’s time – the 2018 NHRA season has started testing, and that means the exciting races of the Mello Yello Drag Racing Series are close behind. Leah Pritchett unofficially ran the fastest Top Fuel pass Saturday at NHRA Nitro Spring Training at Wild Horse Pass Motorsports Park. The series will return to the facility for the NHRA Arizona Nationals Feb. 23 -25 for its second event.

The NHRA has been busy since its surprising conclusion last year, and started changing some things around even before that. From multiple rules changes to the loss of one facility and adoption of another, the organization has hardly paused for breath. Fan opinion differs on whether all this will make things better or worse in 2018, but it’ll certainly be fun to find out! 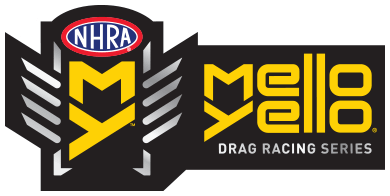 The testing has already presented some promising evidence of future excitement. Pritchett drove her Mopar/Papa John’s dragster to a pass of 3.664-seconds at 334.73 mph at Wild Horse Pass. Last season, she set both ends of the track record at the NHRA Arizona Nationals, and she intends to reset it again in a couple of weeks.

“We struggled a little bit when we first came out of the box,” Pritchett said. “It took us all the way to the fourth day to get to the finish line and put down that pass. What was crazy about that run was how smooth it was. It was awesome. I was smiling ear to ear.”

The current Top Fuel world champion, Brittany Force, ran the second quickest pass of the day with a 3.692 at 327.43 in her Monster Energy dragster. Mike Salinas wrapped up the top three with a pass of 3.733 at 325.53.

In Pro Stock, Erica Enders ran a 6.572 at 208.97 in her Melling Performance/Elite Motorsports Chevrolet Camaro. Greg Anderson made a pass of 6.595 at 209.20 in his Summit Racing Chevrolet Camaro.