The champions of the NHRA found just the spark they needed to see their mile-high dreams come true at this weekend’s 38th annual Mopar Mile-High NHRA Nationals. 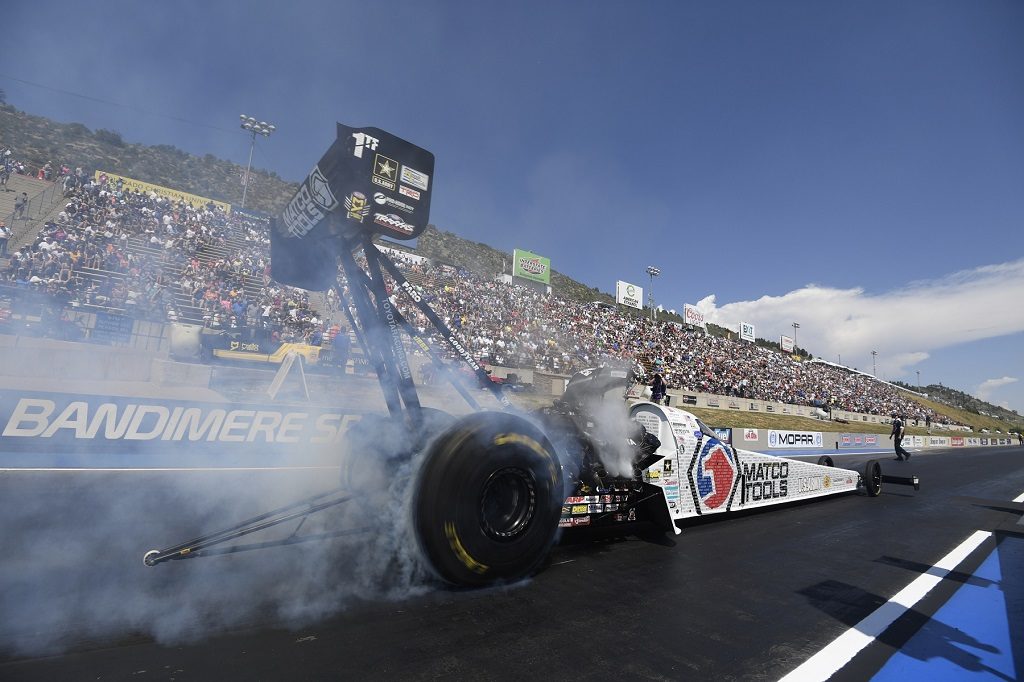 After coming up short in his three previous final round appearances, NHRA World Champion Antron Brown was able to overcome his slump at Bandimere Speedway. Despite teammate Leah Pritchett earning the top qualifying position in Denver, Brown earned his third victory of the season and 64th in his career with a final pass of 3.792-seconds  at 319.82 MPH.

“This race definitely put us through a marathon this weekend, but seeing those win lights makes it all worthwhile,” said Brown.

This victory also moved Brown ahead of his teammate in the point standings, who currently sits second in the Top Fuel standings behind Steve Torrence. 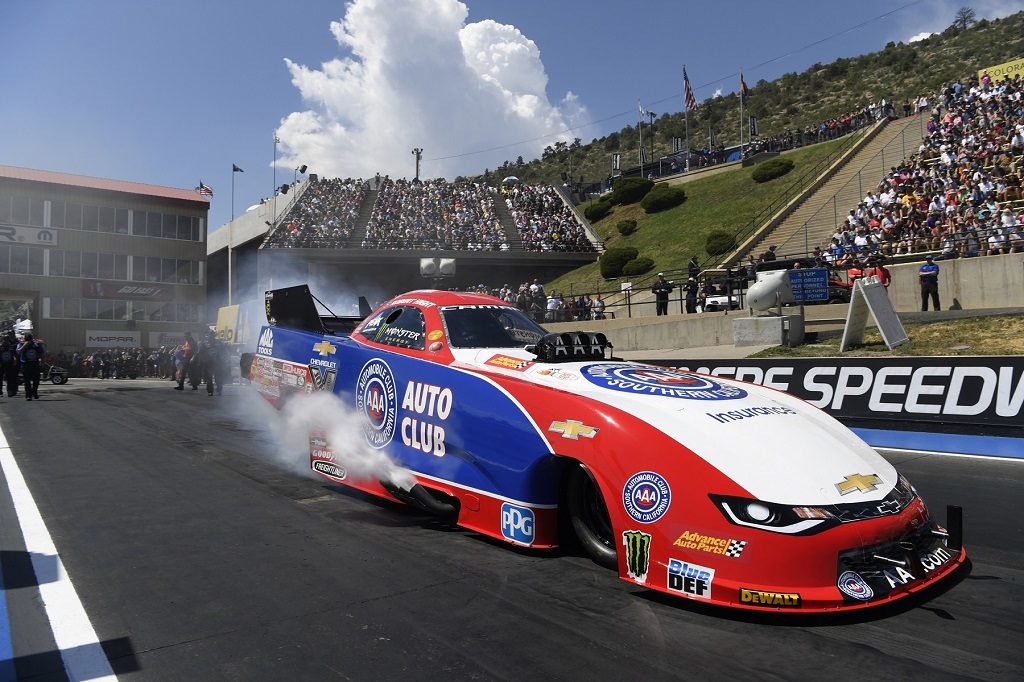 The most talked-about win of the weekend in Denver occurred in the Funny Car division. The John Force Racing Funny Car family qualified both first and second at the Mopar Mile-High Nationals. On Saturday Courtney Force secured her second consecutive pole position, while her father John Force was a close second.

Although teammate Robert Hight qualified third, he would rise to the occasion during Sunday’s final elimination rounds. After defeating Todd Simpson, Jack Beckman and Cruz Pedregon, the John Force Racing driver moved onto his third final round of 2017 against Tommy Johnson, Jr.

With a pass of 3.995-seconds at 317.57 MPH in his Auto Club of Southern California Chevrolet against Johnson Jr.’s 4.099-second pass at 297.16 MPH, Hight would earn his first victory of the season and the 38th of his career. Hight’s win also marked the 13th consecutive season in which he has earned at least one victory.

“We struggled through the first few rounds, but I have a great team who figured things out and helped get me to the winner’s circle,” said Hight. “It’s definitely a long-time coming and we hope this continues throughout the Western Swing.”

This win also pushed Hight to third in the Funny Car point standings behind Ron Capps and Matt Hagan. 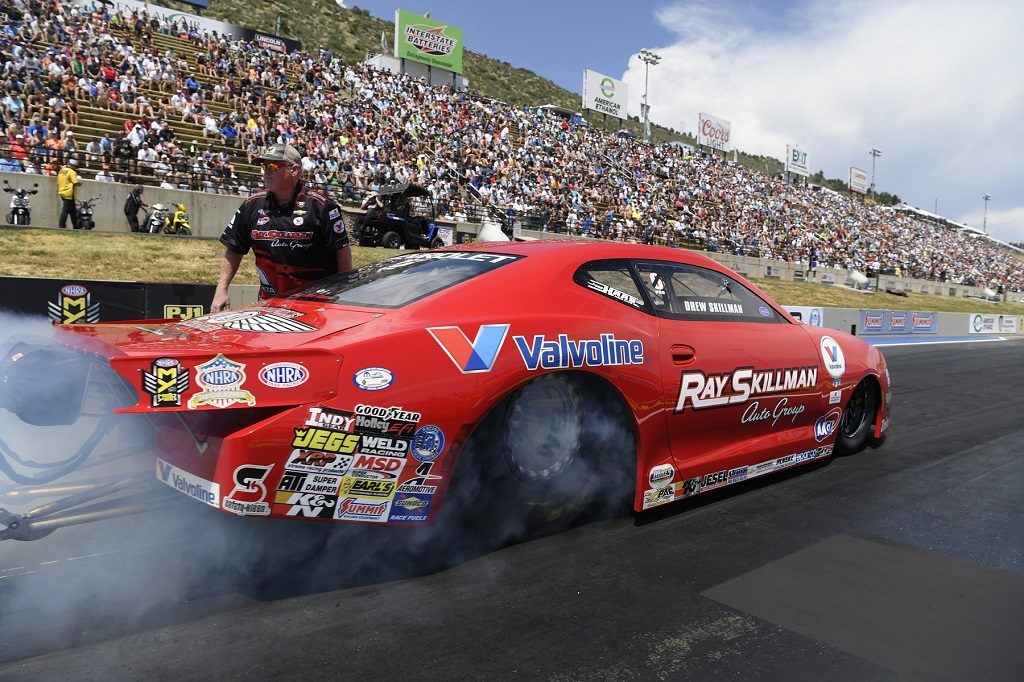 The Pro Stock division gave a rising star back-to-back wins. No. 1 weekend qualifier Drew Skillman maintained the success that he found at the recent NHRA Route 66 Nationals in Denver. Skillman’s hot streak pushed him past Richie Stevens and Jason Line before moving on to face points leader Bo Butner in the final round.

With a 6.916-second pass at 198.15 MPH, Skillman would become the first Pro Stock driver to earn consecutive victories in 2017.

“We obviously have a good car and a great team,” said Skillman. “We have finally figured out a way to put it all together, and as long as we stay aggressive as a team we know we can keep winning.”

This win has continued to move Skillman up in the point standings to the seventh position going into Sonoma.