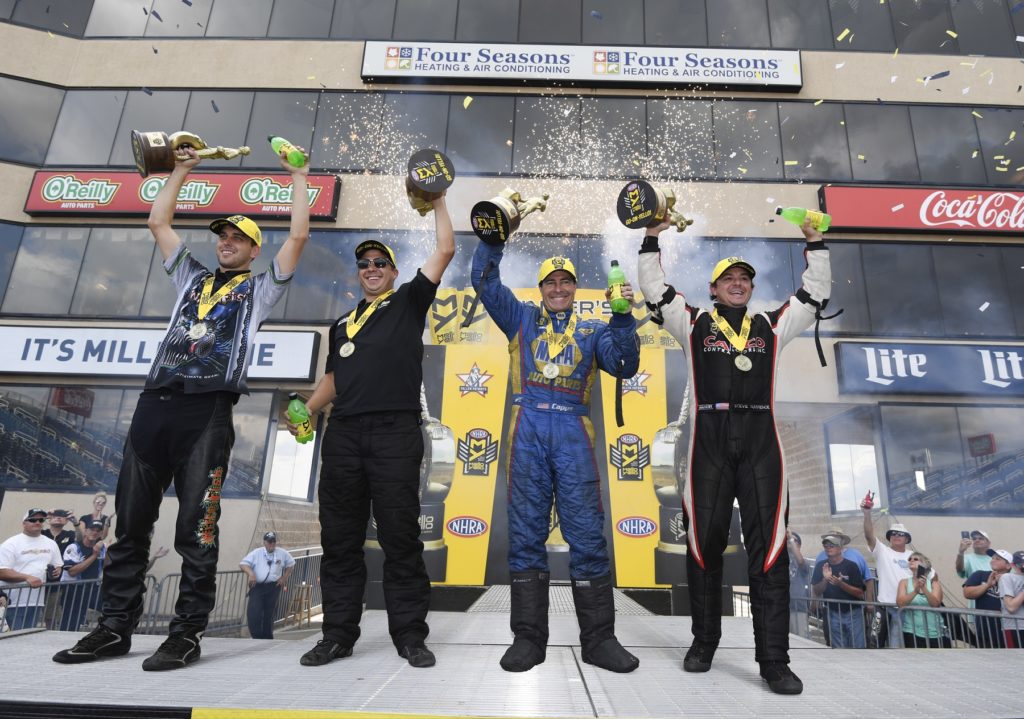 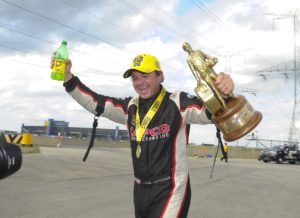 Rolling into Chicago with four wins during the 2017 NHRA season gave Torrence just the confidence he needed to power his Top Fuel dragster to his latest victory.

The Top Fuel points leader secured this win by taking down Scott Palmer, Blake Alexander, and T.J. Zizzo before facing off against World Champion Antron Brown in Sunday’s final round.

Despite Brown running an impressive 3.786-second pass at 326.71 MPH, current Top Fuel points leader Torrence took down Brown with a dominating pass of 3.779-seconds at 326.08 MPH in his Capco Contractors dragster.

“I knew Antron was going to bring his best, because when we race each other we are both at our best,” said Torrence. “When I go up to the line I only think about racing my car and trying to beat everybody, and with the car that I have right now I feel like we can beat anybody at any time.”

After notching his 13th career victory, Torrence now sits on top of the Top Fuel points ahead of Leah Pritchett, who narrowly remains in second after a quarterfinal appearance and teammate Brown trails by just two points for the second spot in the standings. 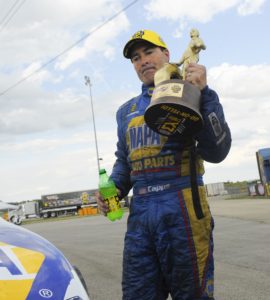 Torrence wouldn’t be the only points leader to rack-up another win, as current Funny Car points leader Ron Capps locked down his sixth victory of the season at the famed raceway.

After qualifying ninth and defeating Jonnie Lindberg, Jim Campbell and Matt Hagan, Capps moved on to compete in his eighth final round of the season against Tommy Johnson, Jr.

His impressive 4.026-second pass at 319.67 MPH was all it took to give Capps his latest impressive victory and 200-point lead over second-place Matt Hagan.

“This has been a season that I could not even dream about,” said Capps. “Coming off of a championship and continue to pick up wins like this one is nothing short of incredible.” 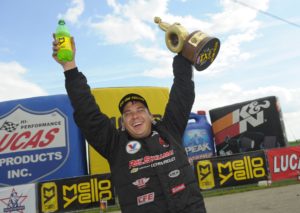 Although this would be her third final round of the season, Enders would fall to Skillman after his 6.627-second pass, at 209.23 MPH, in his Ray Skillman Chevy Camaro.
“We have struggled all year, but we finally put everything together and took things round-by-round,” said Skillman. “I definitely feel like we have finally gotten where we deserve to be with this win.”

Although Butner fell to the first-time season winner, the Pro Stock point leader remains atop the standings, while Skillman’s victory puts him eighth in the standings.