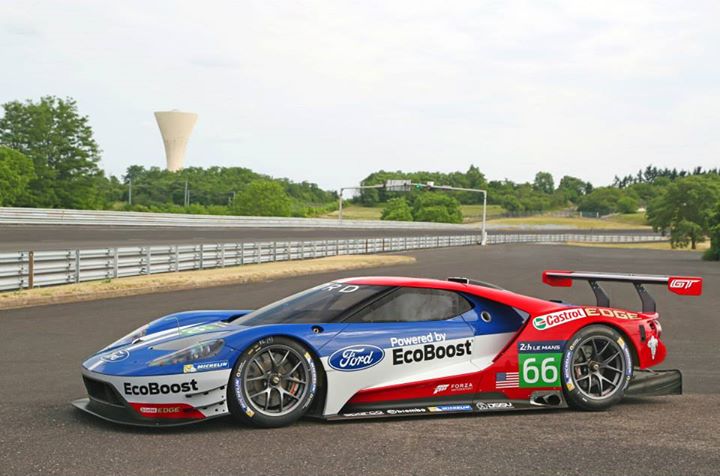 Ford revealed today that they will be returning to Le Mans in 2016 with the all-new Ford GT race car as well as compete in both the FIA World Endurance Championship and TUDOR United SportsCar Championship. Their two-team, four-car effort will be operated by Chip Ganassi Racing with Felix Sabates.

The launch of the Ford GT and its return to racing in 2016 marks the 50th anniversary of the 1966 Le Mans race where Ford placed first, second and third in their GT40 MK. II.

“When the GT40 competed at Le Mans in the 1960s, Henry Ford II sought to prove Ford could beat endurance racing’s most legendary manufacturers,” said Bill Ford, executive chairman, Ford Motor Company. “We are still extremely proud of having won this iconic race four times in a row, and that same spirit that drove the innovation behind the first Ford GT still drives us today.”

The internet is abuzz with excitement about today’s announcement, and we’ve rounded up as many highlights as we could find about this important moment in racing history. 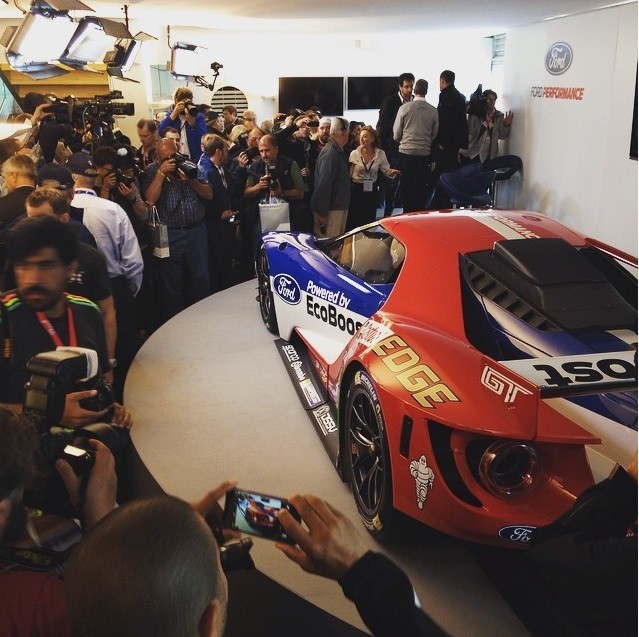