NASCAR’s Camping World Truck Series saw a champion from previous years pull off an exciting win, while first-timers cruised into victory lane in both the XFINITY and the Monster Energy NASCAR Cup Series.

Johnny Sauter Pulls It Off in the End 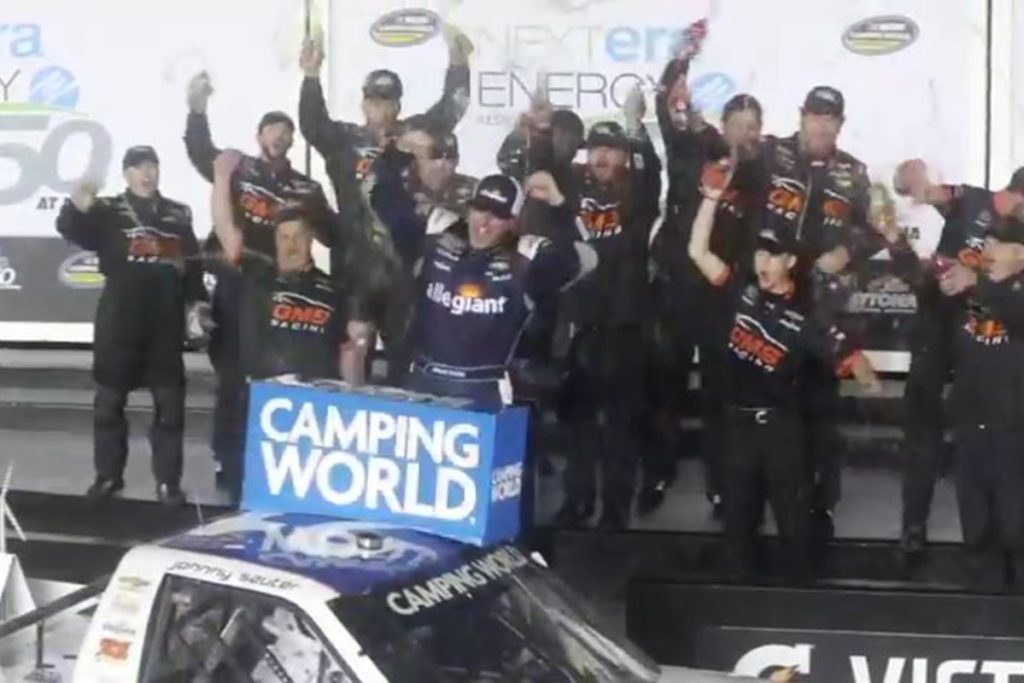 Johnny Sauter turned blocking into an art while holding off Justin Haley in the #24 to win by .098 seconds. He grabbed the lead with eight to go from pole winner David Gilliland in the #4 Toyota and never gave it up. Sauter also won the second stage. Gilliland was the winner of the first stage. There were seven cautions for a total of 35 laps, which left 21 trucks running when the checkered flag waved. 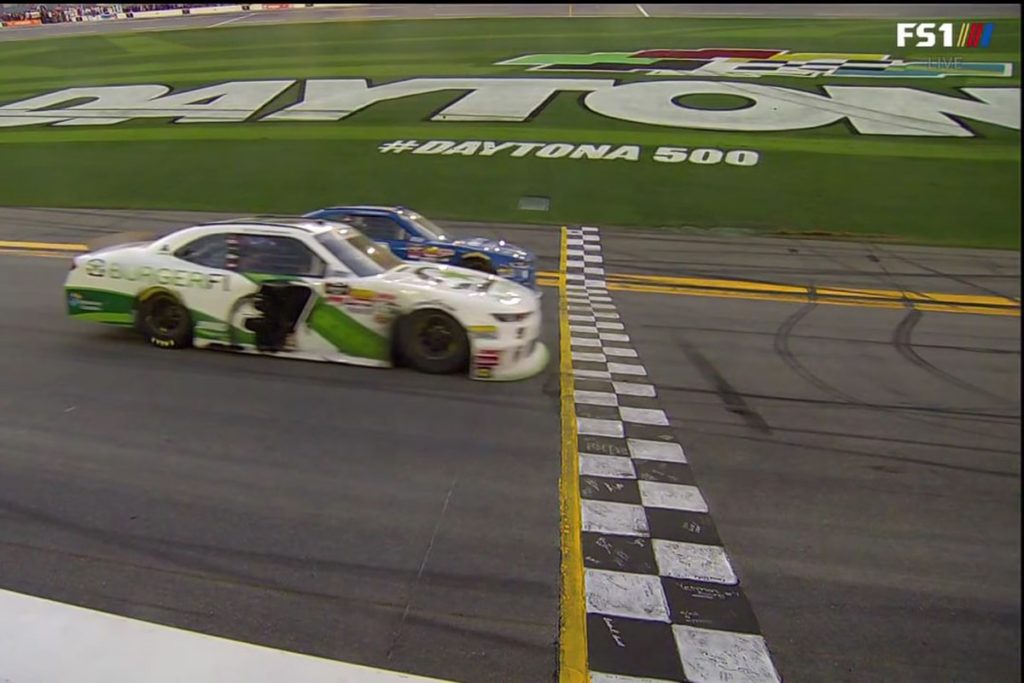 Tyler Reddick in the #9 Chevy beat Elliot Sadler in the #1 Chevy in a drag race off Turn Four to win by what NASCAR at first said was .000 seconds in the XFINITY PowerShares QQQ 300. Officials had to tweak the gear to come up with an official winning margin of .0004 seconds, the smallest winning advantage in NASCAR history. Reddick’s great finish came at the end of the fifth NASCAR Overtime attempt, another record. Sadler won the first stage and Chase Elliot in the #88 Chevy was the second stage winner. 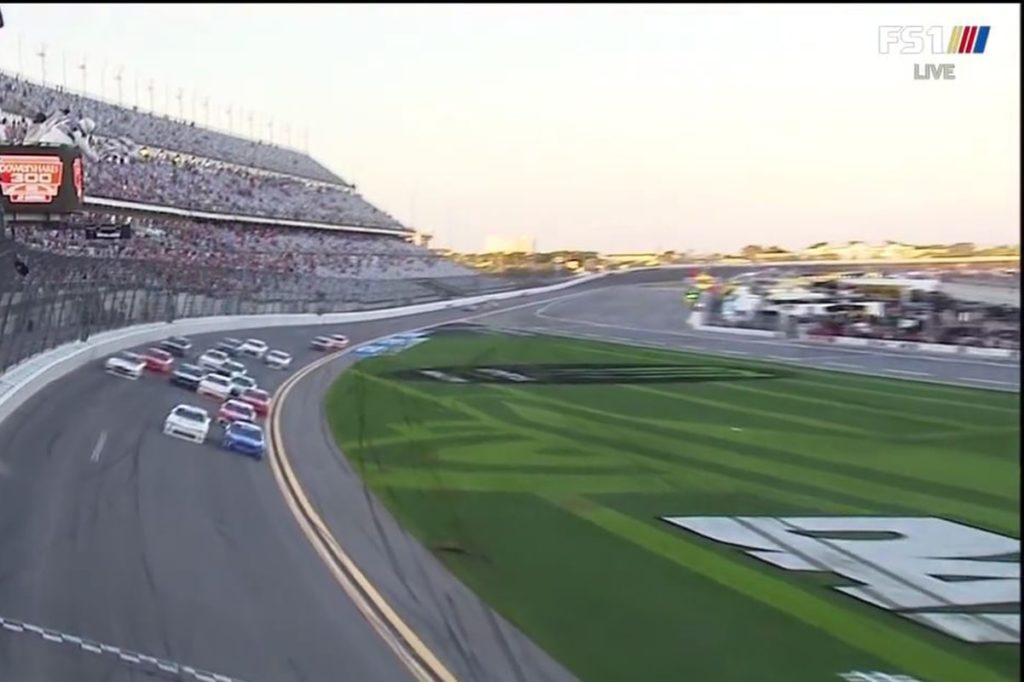 Lap 122 saw an 18 car wreck that took out many of the favorites and wounded most of the Cup regulars as well. The 12 cautions during the race were also a record for the event and caused the race to end under the lights, with the final stage taking more than two hours. 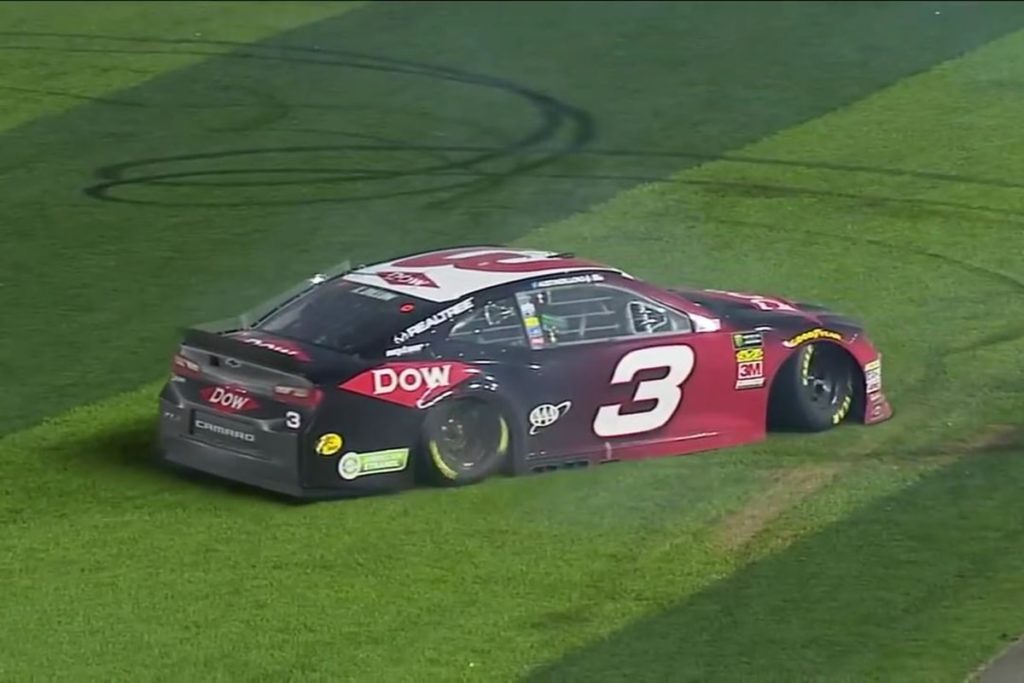 Coming from a third place restarting position in NASCAR Overtime, Austin Dillon in the #3 Chevy gave fans an emotional first win in the Daytona 500 on the 20th Anniversary of Dale Earnhardt’s only Daytona 500 win. Upon getting out of the car after the race, Austin said “This is for Dale!” and then completed his customary belly flop in the grass. Austin was the ninth of nine different winners in the last nine years. 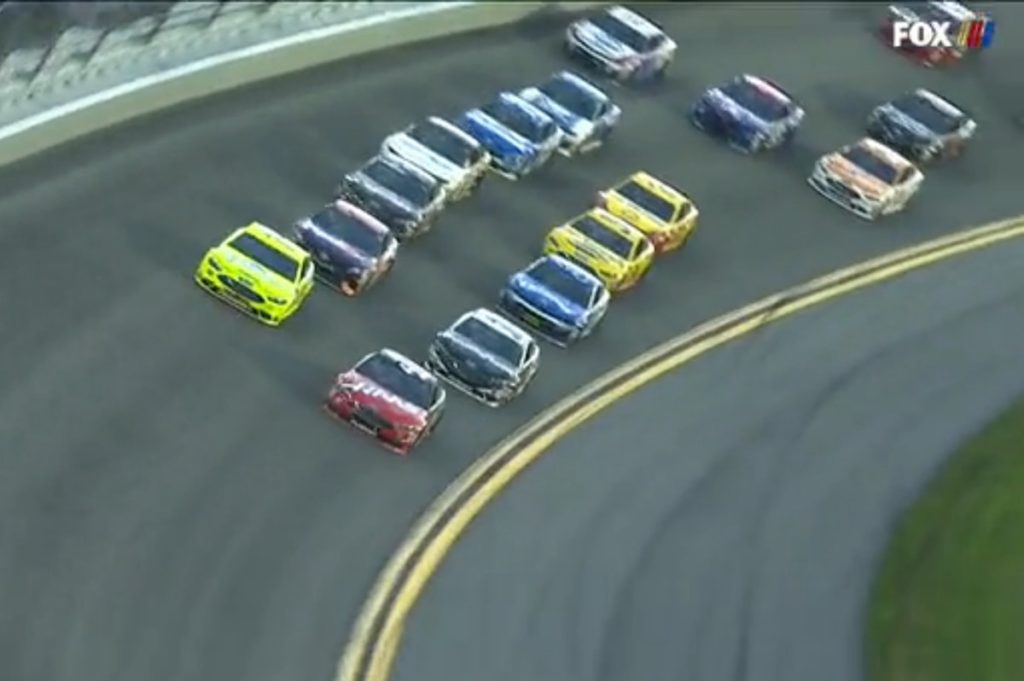 There were only six undamaged cars on the lead lap when the green flag fell on NASCAR Overtime after a big wreck took out the middle half of what was left of the field. All four of the Hendrick drivers were swept up in wrecks caused by others drivers, Jimmie Johnson (who didn’t finish any of his three races in Daytona) being the first while Chase Elliot, going for the lead late in the race, was the last.

The #41, driven by Kurt Busch, who got knocked out in the last big crash, won the first stage of the race. Ryan Blaney, in the #12 Ford, won stage two as well as leading the most laps of the race. Danica Patrick was having a decent afternoon before being swept up in one of the multi-car accidents that plagued the early part of the race. During his interview after leaving the infield care center, Jimmie Johnson said the amount and intensity of blocking early in the race was “stupid.”