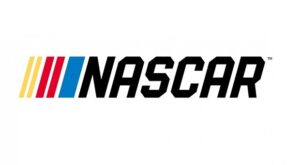 NASCAR made voluminous changes to its 2021 schedule in the hopes of creating more interest in younger and less-traditional fans, keeping the old guard happy and allowing teams to work at different venues. The Cup Series, in particular, went to more road courses, converted Bristol to a dirt track, threw dates around, took the All-Star race to the Lone Star State and tried to stop itself from being irrelevant on 1.5-mile cookie-cutter oval tracks.

The changes are continuing for 2022. On Tuesday, September 14th, NASCAR announced it was taking its Clash race that begins each season away from Daytona International Speedway and moving it to the Los Angeles Memorial Coliseum, a distance of [exactly] 2,505.7 miles. The Coliseum has hosted thousands of major sporting events – including the 1932 Olympics – and has held off-road and motorcycle contests in the past.

On February 6 2022, it’ll host NASCAR’s non-points-paying prelude to the Daytona 500, The Clash at the Coliseum. The playing surface of this venue is going to be converted to a quarter-mile asphalt short track to accommodate the qualified Cup cars, and this event will be the first time teams and drivers will compete using the new Next Gen cars that are at the close of initial development.

A day later, NASCAR filled in the blanks for the remainder of what will be a total 39-contest campaign. And it’s adding World Wide Technology Raceway, outside St Louis, MO to its Cup Series schedule. That 1.25-mile asymmetrical oval has already seen 21 NASCAR Camping World Truck Series races since 1998, and also hosted NASCAR’s Xfinity series from 1997-2010.

The regular schedule kicks of with the Daytona 500, known as The Great America Race, at Daytona International Speedway, after which the Cup Series heads west again for its return to reconfigured  Auto Club Speedway in Fontana, CA, followed by trips to Las Vegas and Phoenix, before heading back to Atlanta Motor Speedway March 20th. Then it’s on to the Circuit of the Americas road course, Richmond’s and Martinsville’s bullrings, followed by the Bristol night dirt race on Easter night (April 17). Talladega Superspeedway ends April’s schedule for the Cup racers on April 24th.

The month of May features five races: Dover, Darlington, Kansas, the All Star race at Texas and the 600-mile race on Memorial Day weekend in Charlotte. Then it’s off to World Wide Technology Raceway, Sonoma, taking a week off before heading to Nashville Superspeedway June 26th.

The 10-race Playoffs begin at Darlington on Labor Day weekend, followed by Kansas, Bristol (without dirt), Texas, Talladega, the Charlotte Roval, Las Vegas, Homestead-Miami Speedway, Martinsville and, finally, Championship Weekend at Phoenix on November 6, 2022. Next year’s playoffs mark a return to Homestead-Miami, a fan favorite and a former Championship Weekend venue while Kansas becomes the second race in the initial Round of 16.

“This latest iteration of the schedule should lend itself to another season filled with drama and great racing on the track,” said Ben Kennedy, NASCAR senior vice president of strategy and innovation. “With the addition of new and unique venues like the Coliseum and World Wide Technology Raceway, each in markets with passionate NASCAR fans, we’re continuing to build on bold changes to deliver the best racing in the world,” he said.

(playoff races are in bold)