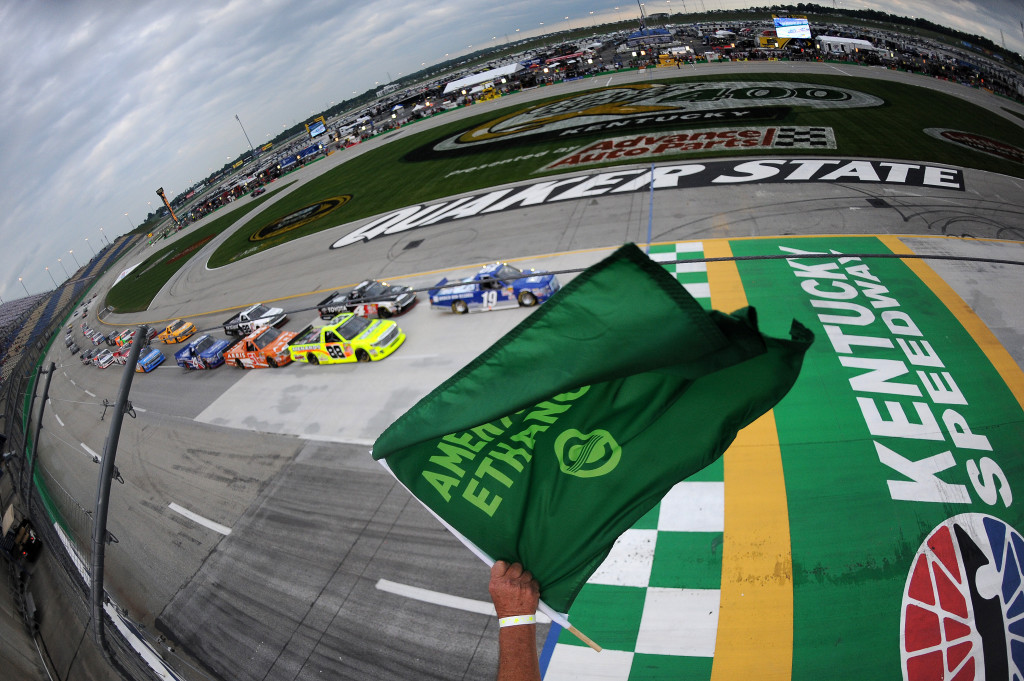 The race had four caution flags in the last 20 laps after final pit stops were made.  Then leader Erik Jones was followed by Crafton to Pit Road for two tires and fuel, while Brad Kesolowski Racing Drivers Ryan Blaney and Tyler Reddick stayed out for track position.

Two laps later, Christopher Bell spun with Jones in the lead.  After that restart, it didn’t take long for Spencer Gallagher to crash hard going into turn one, avoiding John Wes Townley with 11 laps to go and bringing out the yellow flag for another time.  That flag eventually turned red for three and a half minutes to clean up the mass of debris.

With eight laps to go, Crafton got a big push from behind by Ryan Blaney on the restart, sending him out front battling to the lead against Jones.  He was finally able to take the position on lap 145.

“I’ve got to thank Ryan Blaney – he was all about that restart,” Crafton said, climbing out of his truck.  “I know we had the best truck here when we got track position.  When we got the track position earlier, we’d drive away from everybody.”

Just as Crafton was making his move to the front, Ben Kennedy’s truck was involved in another serious crash on lap 145.  His truck spun after tangling with David Gilliland and getting punched by John Wes Townley’s truck, lifting his vehicle into the air and climbing the SAFER barrier, damaging the catch fence beyond quick repair going into turn one.

Fortunately, Kennedy was able to walk away from his heavily damaged truck.  He was very appreciative of all the NASCAR safety aspects of his vehicle after walking out of the track’s infield care center.

“I’m fine,” Kennedy said.  “Thank the good Lord for keeping me safe, and everything NASCAR does to keep these trucks safe.  Had this been a few years ago, I don’t think I would have got out of my truck under my own power like that.”

“As soon as I heard the clear [from the spotter], I wanted to get a good arc into the corner, so I headed up toward the wall and got hit in the right rear and then, I guess, the rest is history.  I got up on the wall and was on top of the wall for a while.  You don’t really know what to expect being up there, and then falling down from the wall to the ground was a pretty big hit, as well.”

Kennedy is the great-grandson of NASCAR founder Bill France, and the son of Lesa France Kennedy, chief executive officer and vice chairperson of the Board of Directors for International Speedway Corporation.

After evaluating the situation, NASCAR had to call the race official, if five laps short, declaring Crafton the winner.

The average speed was 117.268 mph, slowed by eight cautions for 30 laps.  There were 13 lead changes among seven drivers, with the winner, Crafton, leading twice for 43 laps.

Crafton still leads the NASCAR Camping  World Truck series points with a 20-point lead over Reddick and 29 over Erik Jones after 10 races.

The trucks move to the Eldora Speedway dirt track on Wednesday, July 22 for the third annual MudSummer Classic on Fox Sports 1 at 8:30 p.m. 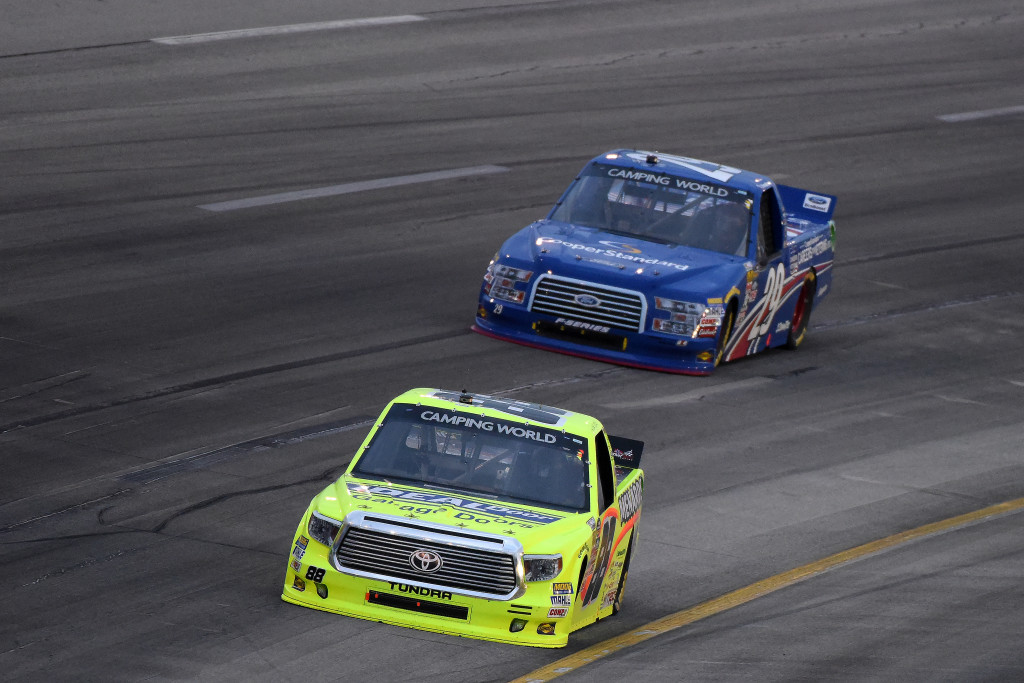