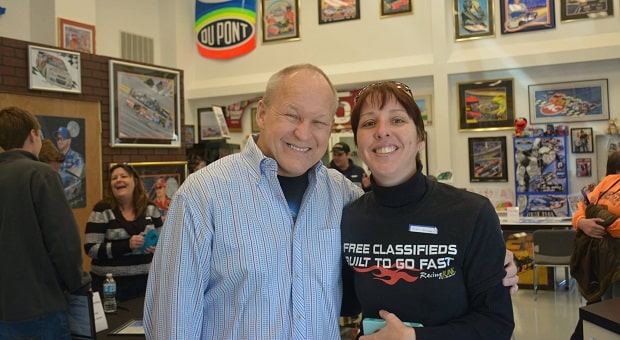 NASCAR and other motorsports fans continue to mourn today after some shocking news over the weekend. After a long battle with Type 1 Diabetes that eventually sent him into kidney failure, the first and only officially licensed and legendary artist of NASCAR has died.

The second famous figure in this sport to pass away in the last month, Sam Bass was also one of the most talented, skilled and inspiring men to grace us all with his presence. Beginning his successful business during the heyday of NASCAR, Bass has designed countless works of art for drivers, team owners, race tracks and fans throughout the world.

As someone who had the opportunity to work with a man who made the biggest dreams look possible, I am honored to say that Sam was one of the first people in this sport who believed I could take my automotive writing career to where it is today. I can’t thank him enough for this and look forward to seeing him healthy and whole at the racetrack in the sky some day.

Until then, it is with a heavy heart that I share this news with you today, and I hope that each of you will take some time to share your favorite memories of a man whose artwork and friendship meant so much to so many.

We at RacingJunk.com send our deepest condolences to Sam’s entire family both on and off the track as well as all our fellow racing fans out there.

1 Comment on NASCAR Fans Mourn the Passing of Another Legend