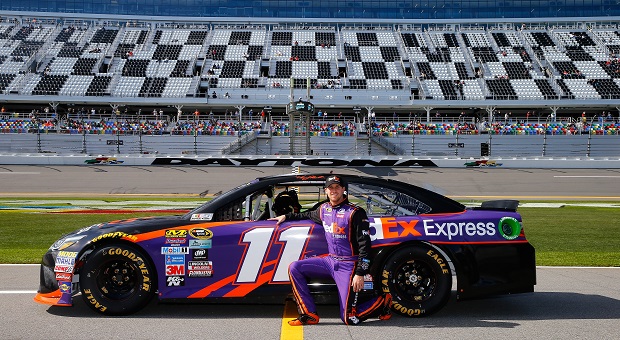 New Year resolutions are about as old as time – on the first day of a new year, we set our goals and sights on improvements by learning from the year before, setting a path forward for progress in our lives or careers.

At least that’s what a resolution is supposed to be, right?

Well for NASCAR drivers in 2017, whether it’s the Cup, Xfinity or the Truck series, they all place winning the championship on the top of their list for their season. However, there are a number of drivers who would like to see their fortunes change in the right direction.

First off for competitors and fans alike will be seeing Dale Earnhardt, Jr. back on the track and competing in the upcoming Daytona 500.  After a lengthy recovery process from concussion symptoms, he’s ready to drive again, bringing millions of fans back to the sport’s base. 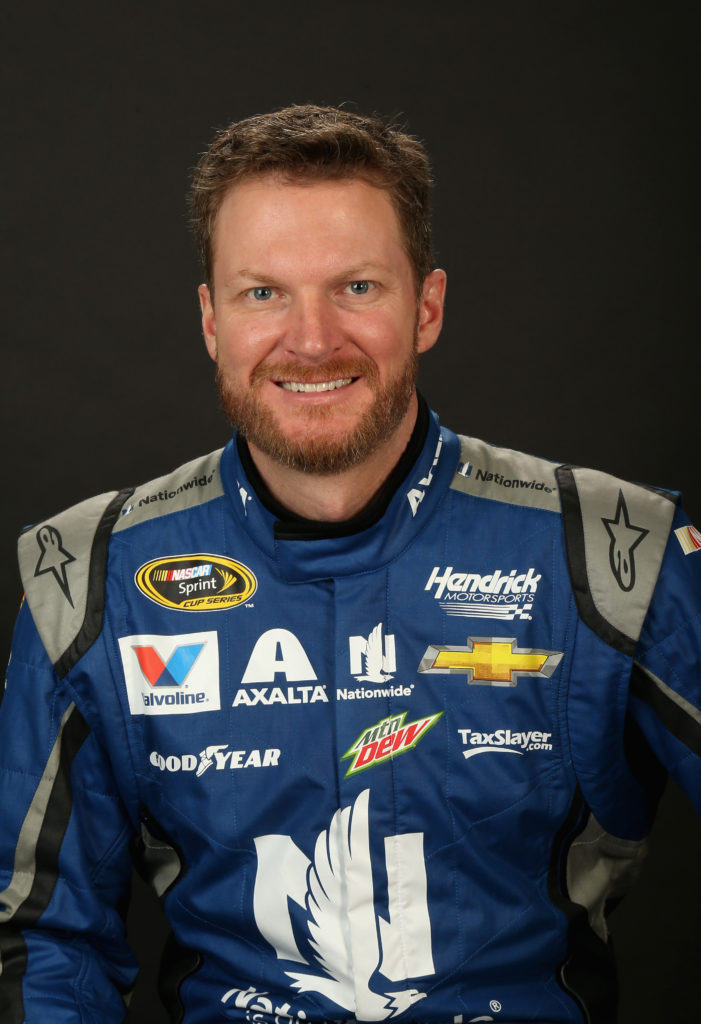 Martin Truex, Jr.’s first resolution would be to be quicker by a few inches, so he can win the Daytona 500.  After dominating the Coca-Cola 600 at Charlotte and the Southern 500 at Darlington, there’s not much more he could ask for – he was that close to claiming the fabled NASCAR ‘Triple Crown.’  He deserves to be ‘Driver of the Year.’  Front Row Motorsports brings Erik Jones on board as Truex’s teammate and is ready for the upward move.

Joey Logano started his 2016 season off with a great foundation, winning ‘The Sprint Unlimited’ and a million dollars, but he only ended up second in the final Cup standings.  He again made the Chase and worked hard up until the last part of the race.  He won at Talladega and Phoenix to propel his Penske team in the Championship 4 at season’s end.

His teammate, Brad Keselowski, can’t imagine not being in the hunt for the championship after a blown engine at Talladega left him breaking from the huddle, ready to set it up all over again.

The Joe Gibbs Racing team of Matt Kenseth could only make one resolution, and it would be to be far ahead of everyone else and stay away from points racing.  After Alex Bowman was shoved by Kyle Busch at Phoenix, sending the then leader Kenseth spinning after the two drivers collided, his day and his season title hopes in 2016 were both over. 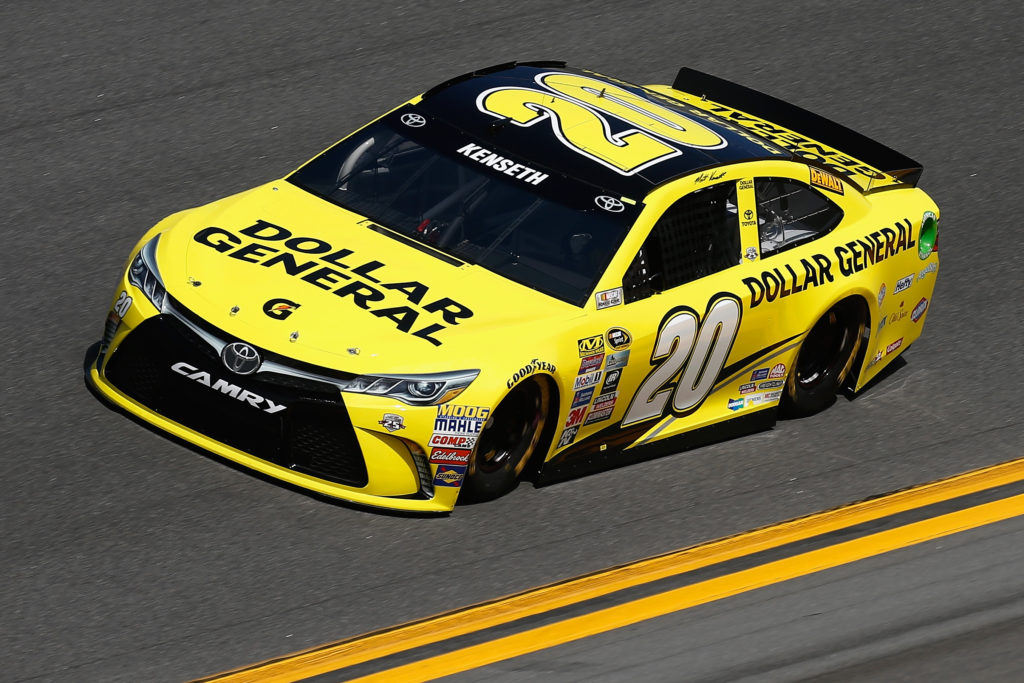 William Byron, I’m sure, has plenty of resolutions on his mind now that he’s taking over the No. 9, JR Motorsports Xfinity Chevrolet ride signed by Rick Hendrick, earning seven truck wins this season for Kyle Busch Motorsports.

NASCAR Truck driver Spencer Gallagher wants to avoid any fistfights despite his skirmish with John Wes Townley at Gateway in St. Louis. Townley repeatedly pounded on Gallagher while he played the pacifist, just defending himself without retaliating.

That wasn’t the case when John Hunter Nemechek pushed and then punted Cole Custer out of the way to win in Canada, but shortly after the race, Custer performed his flying suplex take down on Nemechek.

I don’t think Daniel Suarez could ask for much for than he received in 2016, becoming not only the Xfinity champion, but the first Latin American champion in the history of the sport to reach the division premier position.

Kyle Larson made his first Chase appearance by winning at Michigan and almost made it two wins for his season, finishing runner up to Jimmie Johnson in Miami after leading the most laps.

Carl Edwards vows not to block anymore and remember that the finish only determines the championship. You have to be upfront to make it count, and that’s one surefire resolution that he’s making.

Kyle Busch needs to make a stronger resolution for 2017 to reprise his 2015 season and put him back in the championship seat.  He did make the Final 4, when it counted the most – Busch just didn’t have enough to make it back to the front.  Although he did sweep both Indy events, he was dominant on the Xfinity circuit, getting 10 wins in 17 races and pushing his record to 85 wins in the series. 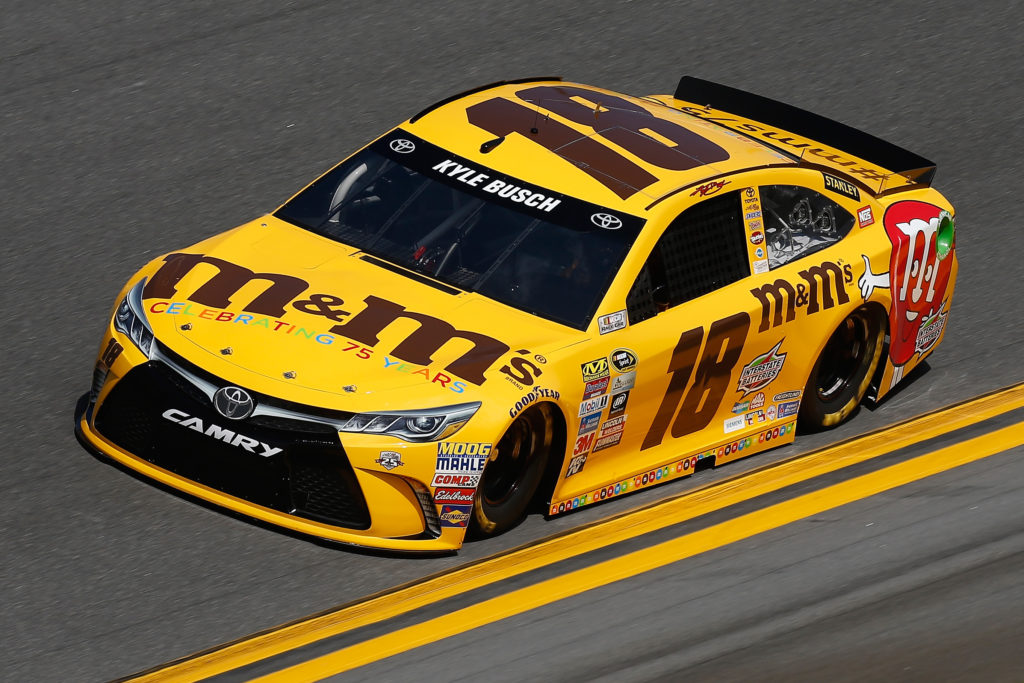 We will all miss seeing Tony Stewart on the track, and his rousing finish in Sonoma against Denny Hamlin to get his last Cup win of his career.  It was great to see both Jeff Gordon and Stewart making their final lap around the Indianapolis Motor Speedway at the end of the Brickyard 400.

Denny Hamlin was the champion of the Daytona 500, but his resolution for 2017 is to place better than sixth in the standings, especially having such a strong car every weekend.

Kevin Harvick’s criticism of his pit crew at Darlington only got worse and eventually faded out of the way in the Chase.  He switches to Ford next year and his teammates of Kurt Busch and Clint Bowyer both want better seasons next year.

Elliott Sadler’s win at Darlington brought back a ton of memories of kids watching racing at the track ‘Too Tough to Tame.’  He dedicated the win to his owner, Dale Jr. and his Mom.

For Jimmie Johnson, what can you add to your great career except title No. 8?  His crew chief Chad Knaus should be ‘Crew Chief of the Year.’  It was great to see Jeff Gordon back in the cockpit and sad to see him leave, with Martinsville now being his official last race. 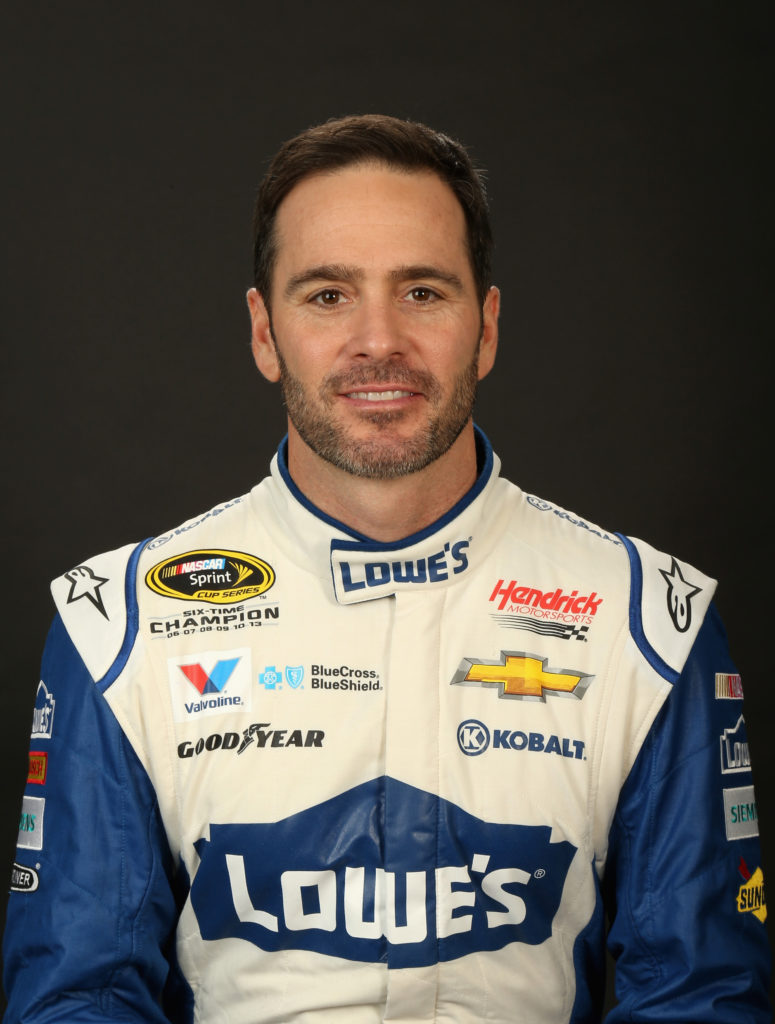 Chase Elliott’s New Year Resolution is to be more patient sometimes and wait until it’s the right time to strike for the lead.  He led numerous laps throughout his rookie season and looked like he was on his way when, always, something happened.  He stepped up and accepted the responsibility, and when that first win does come, it will soon be followed by many more.

The NASCAR Monster Energy Cup series doesn’t want to see another spring Talladega race when 35 of the cars were involved in accidents, taking a lot of the flare away from the competition.  The crackdown on lug nuts became serious in 2016 when teams and crews were penalized for the infraction and fined.

Well, let’s see who reaches their resolutions in 2017 when the Daytona 500 takes the green flag on Sunday, Feb 26 at 2 p.m. at the Daytona International Speedway.