Bruce Boyle of Manhattan, Ill., is a firefighter by day and a drag racer “by weekend.” His current racing car is a muscular Chevy Monza with a Dart 400 engine that cranks out massive horsepower and can get the car down a quarter mile drag strip in less than nine seconds.

”I’m an open comp racer for NMCA (National Muscle Car Assoc.),” Boyle told Racing Junk. “It is a beginner’s type of racing class, because NMCA generally does not have a class in which you dial in your number on every run. Instead, you have to qualify in and run the same ET (elapsed time) all weekend.” 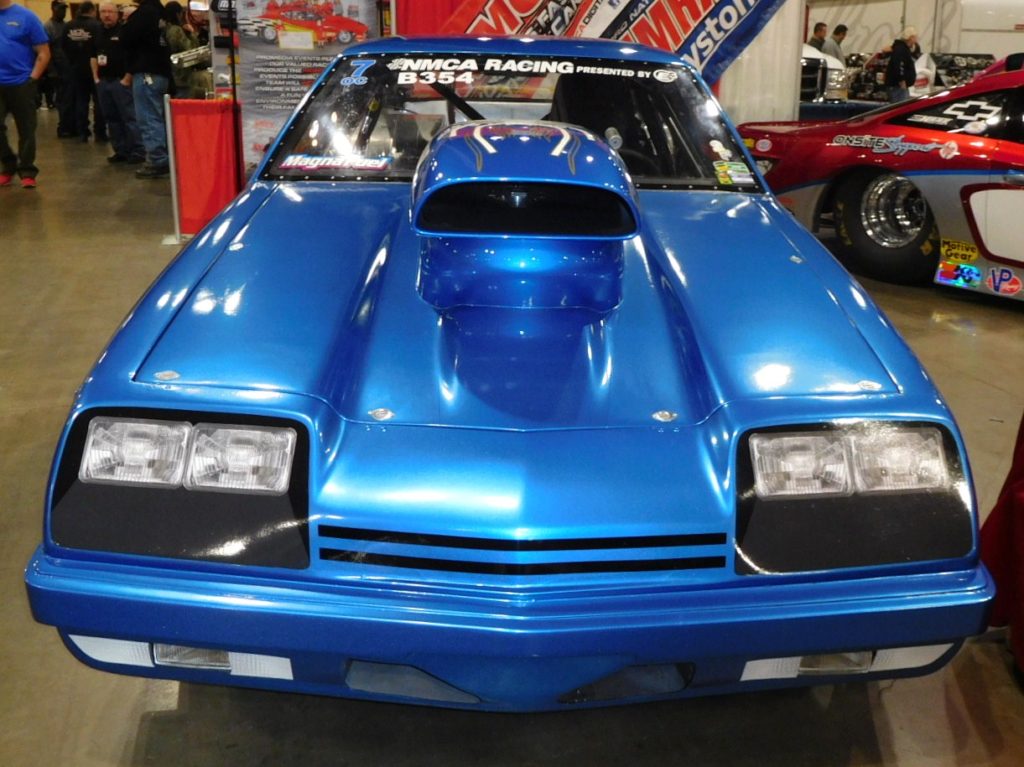 According to Boyle, the fact that NMCA races that way makes it much more difficult to win a race. “NMCA has a class that you qualify off of a reaction time,” Boyle explained. “Generally, top 10 qualifiers are 0.10 seconds or less.” He said that NMCA is set up for “door car” racing.

Boyle’s Monza has a square tube Alston chassis. The carbureted 400-cid Chevy small block is linked to a Powerglide automatic transmission. The car’s fastest run was 8.80 seconds. “I usually run 9.2s because of the class,” Boyle pointed out. He said the Monza only weighs 2340 lbs. with him in it. 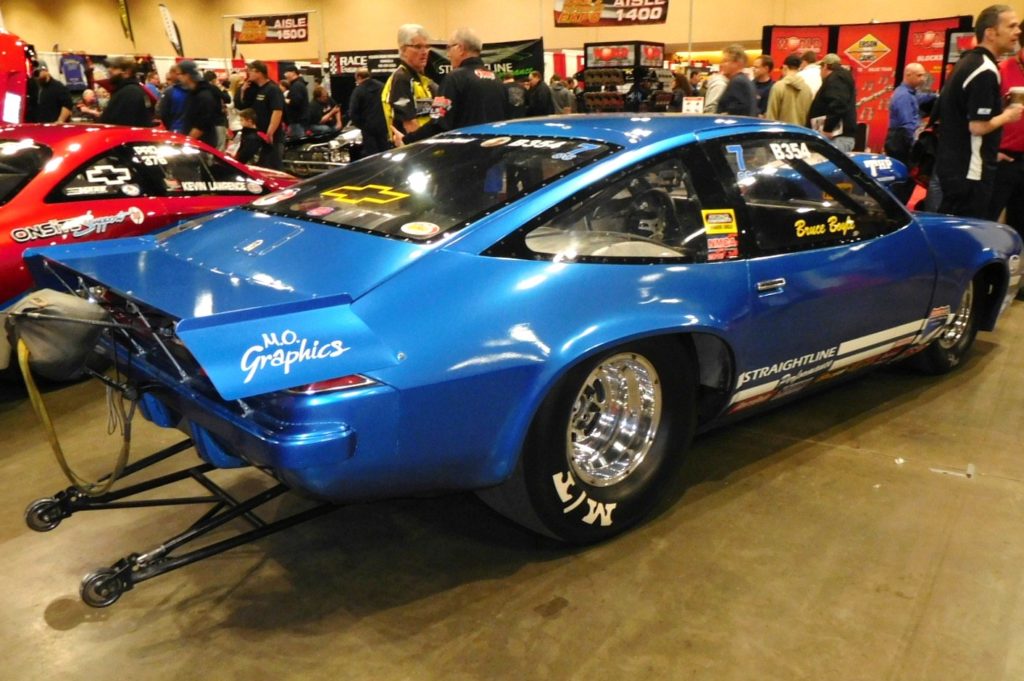 Boyle has been drag racing a long time – since 1974. All of his experience has been in drag racing. His home is five miles south of Route 66 Raceway, which he considers to be his “home” track.

Before the Monza, Bruce raced a Vega. He likes small cars because they fit well in his garage. He campaigned a Camaro even earlier, and he started racing with a 1967 Impala big-block four-speed car at Oswego, Ill. Just this past year, he bought an IHRA (International Hot Rod Assoc.) crate motor car to use in an Eliminator car. 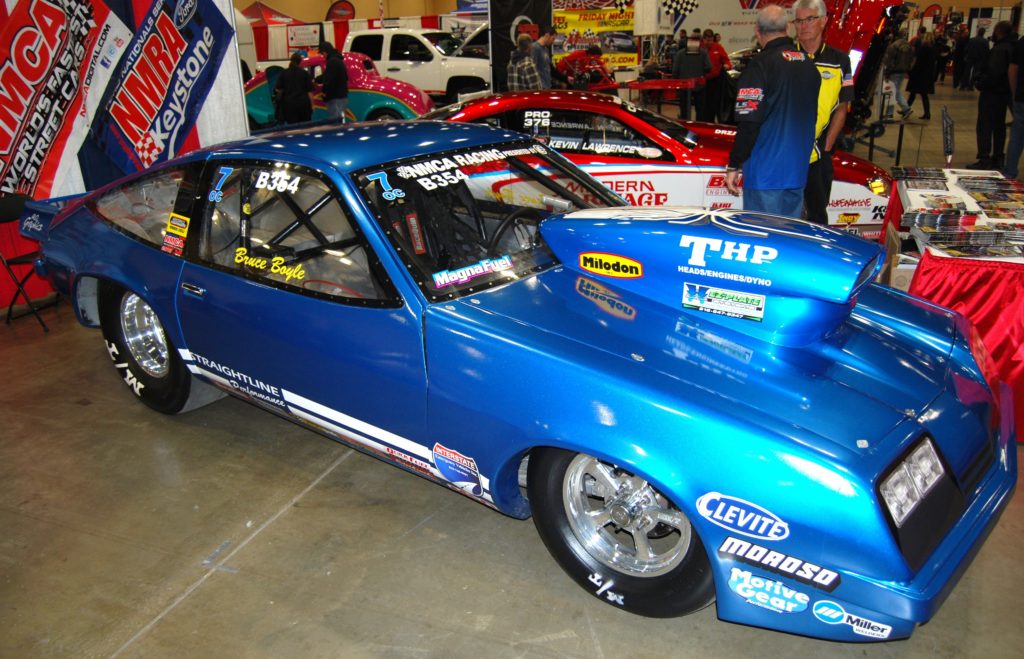 “I think I’m going to try to sell the Monza this year and finish the other car next year. Drag racing has been a long term, enjoyable sport,” Boyle noted. “I’m a very mechanical type of guy. My grandfather got me started with the mechanical aspects of doing all this stuff and I just went with it. A friend took me to the drag strip and left me there and I just loved it. It’s something that everybody can do.”

Boyle said he is 63 years old and headed for retirement. Before he bought the Stock Eliminator car, he bought a ’67 Camaro. “My goal was to find a street car and convert it to a Sportsman car. The Monza requires a fire suit and all that,” he noted. “I was kind of looking for a car which I can race with just a helmet and a jacket, so I bought the Camaro; it had been sitting for 25 years and I’ll restore it when I retire.” 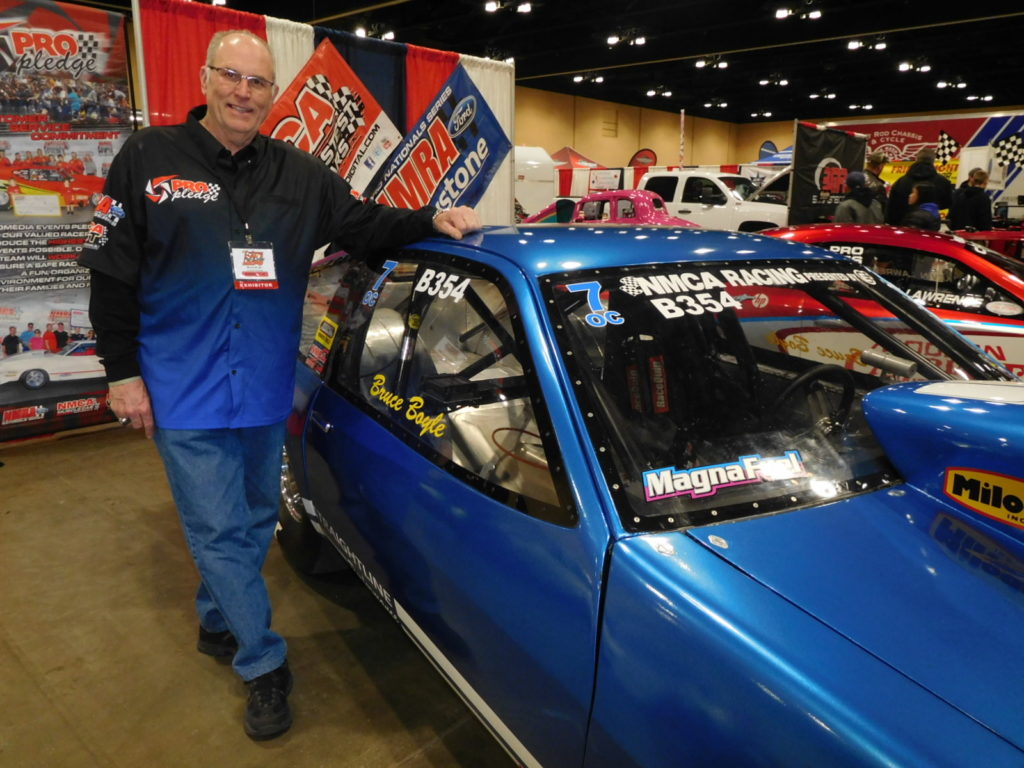