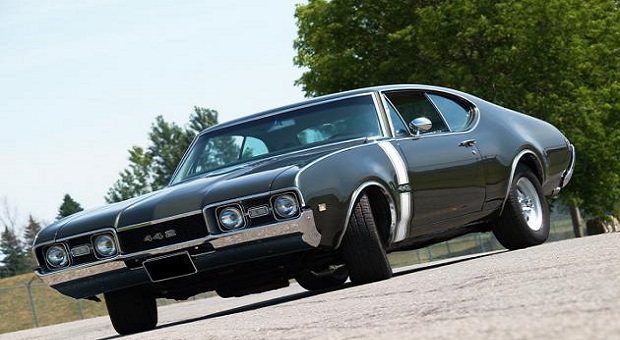 “To put it mildly, I was appalled,” recounts Greg Schuller. “I was interested in restoring a 1968-1969 Oldsmobile 442 as I had already worked on a 1979 Supreme frame-off and continued with a 1969 Cutlass S frame-on with my brother, so I had great expectations driving down with my friend, Blair Rendell, to view a 1969 Oldsmobile 442 located in a town so small, it’s not even located on GPS. If I had blinked, I would have missed it.”

After arriving late, the owner of the Olds was not happy, but decided to show them the car anyway.

They looked at the parts and what was left of the car – engine out, transmission out, peeling vinyl roof, water in the car up to the top of the rear foot wells because that is as high as the water could accumulate before draining out the door. “I was shocked. All the highly touted new parts were in the trunk in boxes that were falling apart and moldy and all the new spare pats had noticeable rust patina and a disquieting odor – ode de toilet – thanks to the water-logged carpet in the trunk. It was just a scary mess.”

The owner was mad that Greg and Blair had arrived late, and Greg was offput by the owner’s lack of honesty regarding the quality of the product. Blair had to step in and give the owner his counter offer since Greg was so upset, and the owner was insulted and asked them to leave.

The owner of the ’69 Olds went back and forth on if he wanted to sell the car to Greg for years. Read the rest of the story here.

About Clive Branson 39 Articles
Clive Branson is a photography graduate from Parsons School of Design in New York City and has since divided his career as an advertising creative director/copywriter and as a freelance writer/photographer. He is the author of Focus On Close-Up and Macro Photography and numerous articles for magazines and newspapers throughout North America and Britain. Clive lives and works in Ottawa, Ontario.