Mopar and Pennzoil made a joint announcement today, July 21st, that they will team up together and sponsor NHRA Top Fuel driver Leah Pritchett at select NHRA events for the rest of the 2016 season. This marks Mopar’s return to the class where its reputation for excellence was originally started.

Pritchett drives for Don Schumacher Racing (DSR) and will compete at will compete at a few events over the rest of the season. She will debut the blue Omega M at the 37th annual Mopar Mile-High NHRA Nationals this weekend, July 22-24, at Bandimere Speedway near Denver. The race will air live on FOX.

Pritchett is considered a rising star in the NHRA’s Top Fuel Dragster class. Pritchett’s car will showcase at an NHRA press conference later today at Elway’s in Denver. Tonight, Pritchett will be available for a meet and greet with fans where she’ll sign autographs at Mopar Block Party in downtown Golden, Colorado. 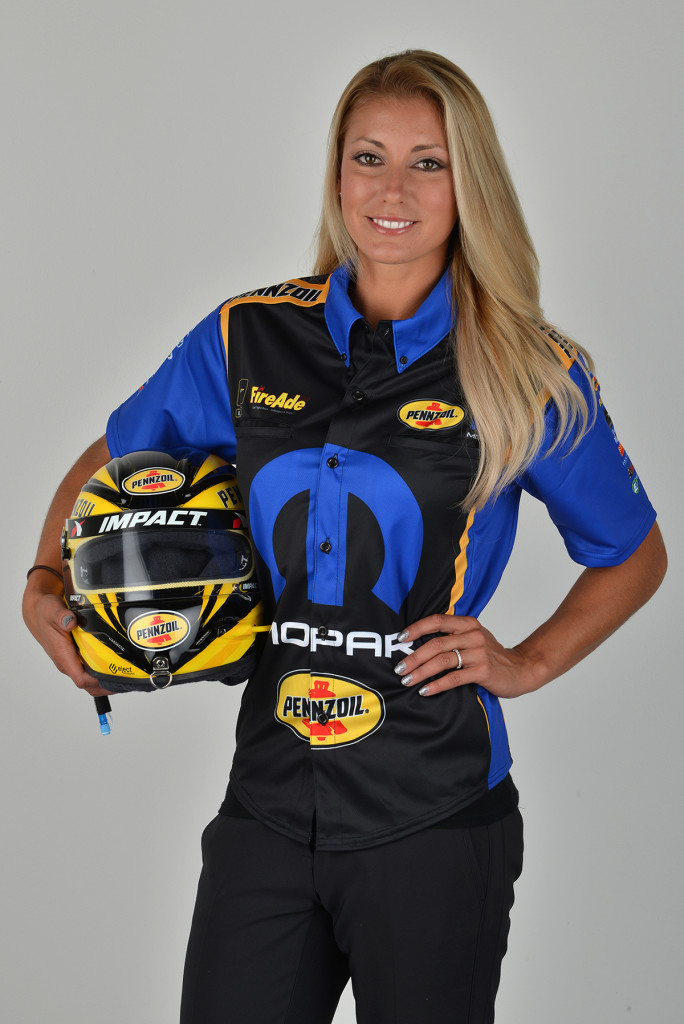 Pritchett, who is 28, earned the first Top Fuel victory of her career earlier this sewason and advanced to the Route 66 NHRA Nationals semifinals. Her HEMI-powered Mopar/Pennzoil Top Fuel dragster is currently sitting in the top ten in points. Denver, Sonoma, and Reading are three of the events at which her dragster will wear the Mopar/Pennzoil colors.

Mopar has had a long-standing commitment to the NHRA Mello Yellow Drag Racing division. The partnership with Pennzoil is seen as extending the brands’ relationship to the drag strip from the showroom and service lane. Prior this announcement, Mopar already had active sponsorships in two out of the four NHRA Mello Yellow Drag Racing Series Pro classes.

Other drivers with Mopar sponsored rides are Matt Hagan in NHRA Funny Car, and Erica Sanders and Jeg Coughlin Jr in NHRA Pro Stock. Mopar has also renewed its commitment to NHRA Sportsman class competitors. Their introduction last year of the Mopar Dodge Challenger Drag Pak illustrates this commitment to the lower echelons of NHRA competition.

Mopar’s Head of Parts and Service, Pietro Gorlier said “We are extremely excited to team up with our partners at Pennzoil in our return to competition in the Top Fuel class. A key part of Mopar’s DNA has always been going fast at the track. We welcome Leah Pritchett to the Mopar team and will cheer her on as she drives us forward in Top Fuel.” 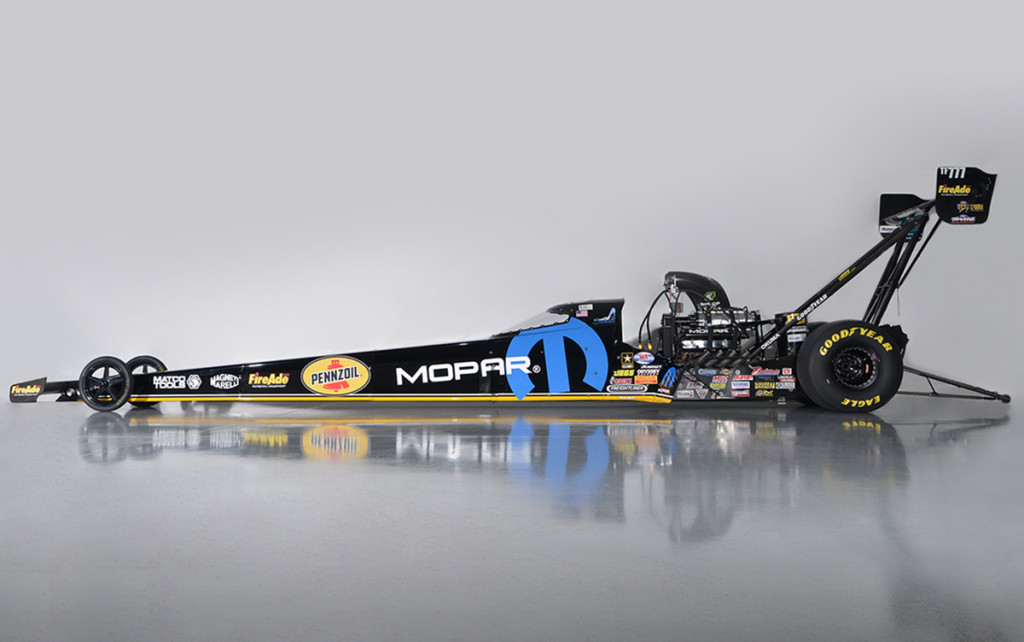 Shell Lubricants Director of OEM Marketing (Pennzoil is a subsidiary of Royal Dutch Shell) Jesse Campos said “Pennzoil has not only a long and storied history as a supporter of motorsports, but specifically an impressive sponsorship of a roster of amazing drag racers, including legends like Don Prudhomme and Eddie Hill. The partnership with Don Schumacher Racing provides Pennzoil with the ability to test existing and new motor oil technology developed by Pennzoil’s industry-leading scientists in order to gain insights from the track and to aid in the production of innovative lubricants for consumer vehicles in the future. This is couple with the growth of the NHRA audience on FOX Sports 1 and the timing of Leah’s relationship with Pennzoil to begin at Denver, which will feature the first live network coverage of NHRA on FOX and mark the first time an NHRA event will ever be broadcast live on one the four major networks. We are honored to have Leah carry our brand forward with DSR and Mopar for 2016.”

NHRA legend “Big Daddy” Don Garlits was the first NHRA driver to be directly sponsored by Mopar. Big Daddy won the majority of his Top Fuel championships and events with Mopar HEMI® engines.