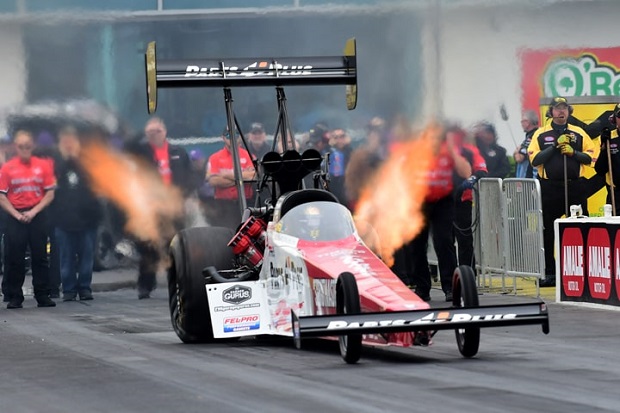 During the 2018 Amalie Motor Oil Gatornationals in Gainesville last March, Clay Millican earned the No. 1 qualifier for NHRA’s Mello Yello Top Fuel category. He celebrated with his dog after that achievement, and the pup wore a similar green bandana to Millican’s pole-winning chapeau. 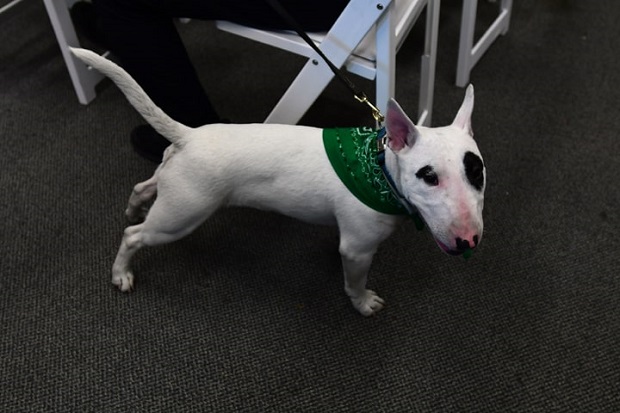 While he wouldn’t win the race, it was a harbinger of a magical, near-championship season for the Tennessean, one in which Millican won two races and was in the hunt through to the season finale at Pomona last November.

Much changed after the finals for Millican, his team owner Doug Stringer and the crew that had helped Millican’s dragster become a force in an environment that favors teams with two or more entries. Teammates give feedback; going it alone, as Stringer Performance had – and still does – means you’ve got to dig harder, work harder and bring as much consensus to the table as possible.

Flash forward to 2018 and this is a very different team. Gone is crew chief David Grubnic, who now tunes Brittany Force’s John Force Racing dragster. Now in the catbird seat working with Millican is Mike Kloeber, who worked with the driver when he first began making a serious effort to win in NHRA – after being an immovable force in IHRA dragster competition.

Through the first two races of the 2018 24-contest campaign, Millican’s effort didn’t look anything like it had in 2018. The Parts Plus/Strutmaster dragster was gone after the first round at Pomona in mid-February (after having to wait a day to race due to rain). Millican exited after the first round in Phoenix as well.

At the third race of the season, things turned around dramatically for Millican and his team. As Kloeber said after the race was completed, “We worked very, very hard these past few weeks and months. It takes time for it to show.” He’s got the added eyes and ears of former Kalitta vice president Jon Oberhofer at his side. 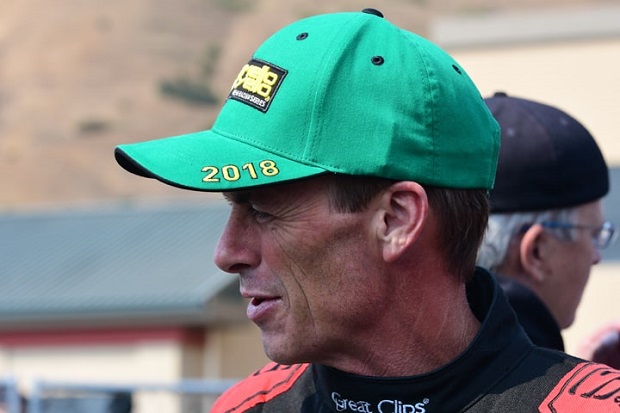 The Stringer Performance team qualified in the top half of the field, seventh, disposed of rookie sensation Austin Prock (John Force Racing) in the first round, beat another excellent rookie, Jordan Vandegriff of Bob Vandergriff Racing in the quarterfinals, knocked out Pomona winner Doug Kalitta of Kalitta Motorsports in the semifinals yet lost a very tight finals contest to Kalitta’s Richie Crampton on a holeshot. The Aussie’s margin of victory: 0.0032 seconds, or about 18 inches.

Millican is, obviously excited about next weekend’s race, the 20th annual DENSO Spark Plugs NHRA Four-Wide Nationals on The Strip at Las Vegas Motor Speedway, as he and his team gain momentum and cohesion in this young season. “I knew it was going to be okay,” the ever-optimistic Millican said. “There were plenty of naysayers to bringing a guy who has been out of it for a while, but we were confident,” he said of Kloeber.

“There was no question in our mind Mike was going to be able to get this going. Winning rounds was not a surprise, but as far as what we’re doing, going to the finals doesn’t change anything. We want to keep winning rounds.”

Next weekend’s four-wide challenge, the second time this track has been opened to four-wide competition, features two of last year’s three Mello Yello winners in 2018 Top Fuel champion Steve Torrence and 2018 Funny Car titleholder J.R. Todd. Vincent Nobile, who won in Pro Stock is no longer racing in the category. “I love the confusion on the starting line,” Millican said of racing four abreast in Sin City.

“I’m a bracket racer at heart. I love the race and I love the huge crowds at an event like that. It’s way more fun to show out in front of a packed house and last year was a packed house. We just have to maintain consistency going down the track. If we do that, we’ll turn win lights. If we can maintain consistency, that consistency will get us wins,” said the current eighth-place points holder. He could be a good bet.