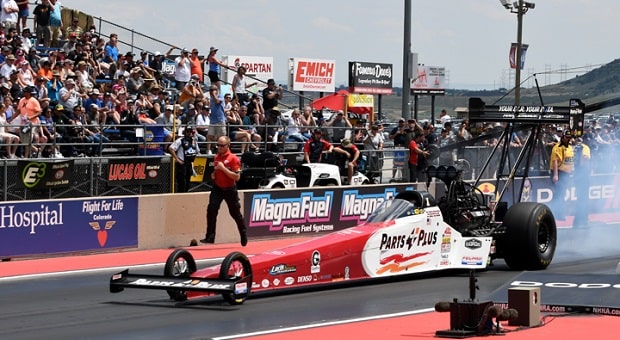 When Doug Stringer elected to make tuning personnel changes to the NHRA Mello Yello Top Fuel dragster he fields for veteran Clay Millican for the 2019 season, there were some causes for alarm. After all, Millican earned a pair of wins in 2018 with crew chief David Grubnic and finished third in the Countdown to the Championship. For many, that would be a sign to let the team stand as it was.

Outside this team’s pits, though, it was apparent that some changes needed to be made, as the chemistry within this squad wasn’t at its optimum despite the results. So Stringer brought in Millican’s former crew chief Mike Kloeber, who had been out of the game for several years.

It took Kloeber and Millican a couple of races to reconnect with one another, but once that occurred (at Gainesville in March where the team secured its first runner-up result), they’ve been on a runner-up roll, if you will. With four final round appearances thus far in a 14-race season – of 24 total – Millican and Kloeber now look comfortable working together and are no doubt headed for a Wally winner’s trophy before the season is up.

Theirs was expected to be a rebuilding season in 2019 and there have been six first-round losses and some qualifying issues, including at Denver last weekend where they failed to reach the 1,000-foot finish line under power. Since the field was light, Millican made Sunday eliminations and was able to show that qualifying was a fluke. 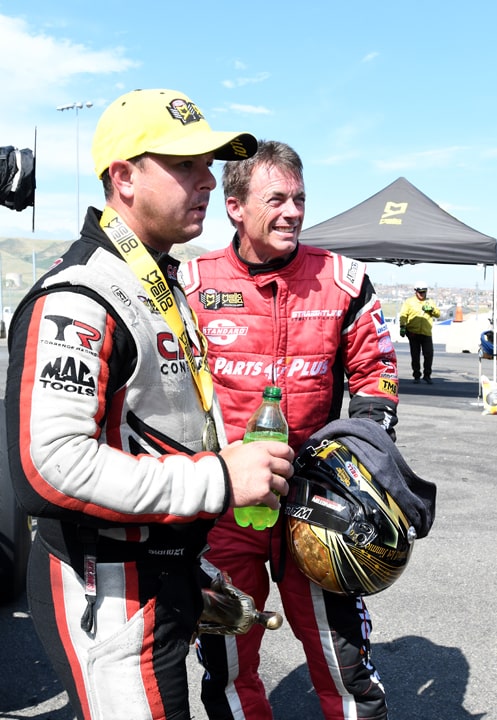 “These machines are often unpredictable and are like taming a wild horse,” Millican said. “Denver is even more challenging with the thin air that led to the first three rough qualifying runs. The car definitely didn’t like what we’re trying to do, but once we listened to the car, we were off as our performance improved dramatically.”

At Bandimere Speedway last Sunday, Millican and Kloeber met with different circumstances, all working in their favor. They set low ET in the first round of Top Fuel, along with three strong subsequent runs that led to their fourth runner-up result of the year (Gainesville, Las Vegas, Charlotte and Denver – the middle two being four-wide competitions).

“Our first round run of 3.78 seconds was low ET of eliminations,” Millican reminded. “We made three more solid runs on Sunday to take us to the final round. Unfortunately, we were just tuned up a little too much that pass. It was still a heck of a day for our team and I’m very proud of the accomplishments made this season.”

As the team heads for sea level at Sonoma Raceway, site of the 32nd annual Sonoma NHRA Nationals, they’re ensconced in fifth place in the standings, which reset after the Chevrolet Performance U.S. Nationals at Indianapolis on Labor Day.

This 15th race of the year, second of the tough Western Swing and a race that, once completed, means there are only three more races prior to the six-contest Countdown to the Championship, has Millican a mere two rounds out of second place in the standings. That place is currently held by Brittany Force, who is a massive 555 points behind leader Steve Torrence, the sole driver who’s clinched a Countdown playoff berth. Antron Brown and Doug Kalitta are the other two drivers leading Millican, and this group of four are under 40 points apart. 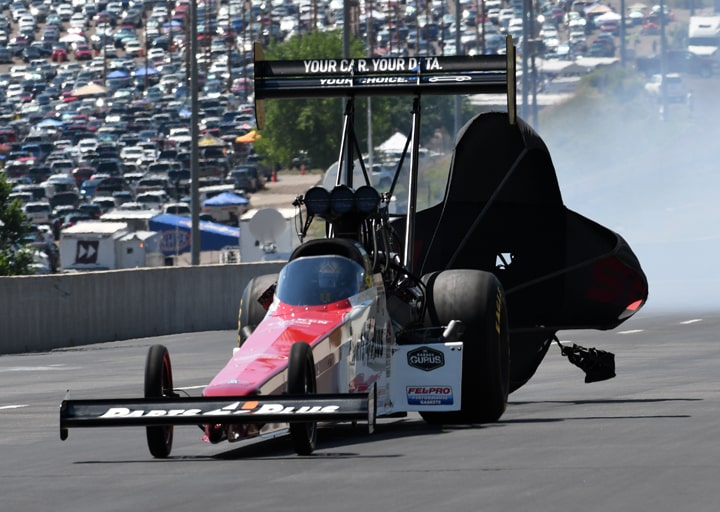