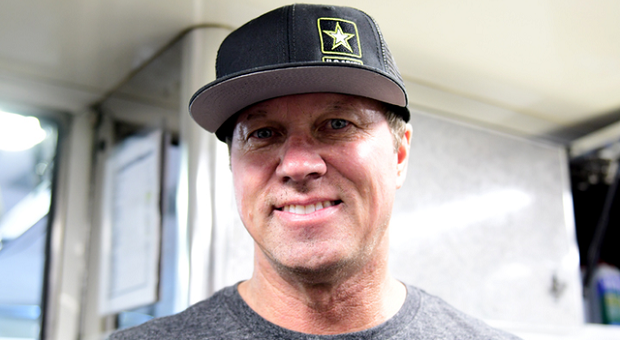 The Californian, who spent seven years at DSR as crewman and crew chief and tuned Gary Scelzi to his 2005 NHRA World Championship in the flopper category – ironically ending John Force’s 12-year reign as Funny Car titleholder – moved to JFR late in the 2007 campaign.

Neff made his debut as a driver at the second Las Vegas race that year, earning NHRA’s Auto Club Road to the Future (rookie) award the following season. He returned to the tuning ranks in 2010 and promptly helped John Force win his 15th title before climbing back in the driver’s seat in 2011 when Ashley Force Hood’s pregnancy took her out of competition.

Serving as both driver and tuner, Neff earned two consecutive Chevrolet Performance U.S. Nationals victories in NHRA’s biggest race of each year. He climbed out of the driver’s seat – again – to tune Robert Hight and last year returned to tuning John Force.

Now “Zippy” has boomeranged back to Don Schumacher Racing and taken on critical duties as crew chief for Tony Schumacher, formerly tuned by Mike Green, who is now off the road but still with DSR. Neff’s assistant on the U.S. Army team is Phil Shuler, who has been with DSR throughout the time that Neff’s been down the street at JFR.

While this isn’t the first time Neff has tuned a Top Fuel car – he worked with Cory MacLenathan before joining DSR – the game is very different these days than it was in the early part of this century. And so is Neff. As the bulk of his experience lies with Funny Car front-engine racecars, Neff has some catching up to do.

And he seems to be doing it quite well, as evidenced by the first race of the year, the Lucas Oil NHRA Winternationals held last week on the Auto Club Raceway at Pomona dragstrip. “It’s quite a bit different,” Neff said of tuning a dragster. “Some things that you change really don’t affect it like they would on a Funny Car, or vice versa.”

Learning a new car, made by Don Schumacher Manufacturing (DSM), a new driver and a well-entrenched team doesn’t happen overnight, but Mike Neff made it look fairly easy this past weekend, qualifying eighth in the 14-car field, setting the car’s best qualifying lap in Friday’s second session at 3/732 seconds/331.20 mph.

On race day, Neff tuned Schumacher past Terry McMillen and Terry Haddock before he took out teammate Antron Brown in the semi-finals. In the final round contest, Doug Kalitta earned the win while Schumacher and Neff settled for runner-up status and second in points. It was Schumacher’s 65th runner-up result; the eight-time champion has a total of 83 NHRA Wally winner’s trophies.

“This was definitely a challenging weekend,” Neff acknowledged. “I’m trying to get a feel for it. The more runs we can make, the more I’m learning every run. We made four runs today so that was helpful. I feel like I’m slowly feeling my way through it, but I have a long way to go. I definitely feel encouraged about [Sunday]; it was fairly solid and I thought we had a chance to win that race before the rear end broke. It’s one of those unfortunate things; otherwise we might have had a win right here.”

The biggest challenge of tuning a Top Fuel versus a Funny Car is learning “how to speed it up and slow it down. Some things that I’m used to doing on a Funny Car to speed it up or slow it down just don’t work on this. It doesn’t do what I think it would, so that’s the challenging part of it – trying to get a feel for what the car wants.”

“These guys (on the crew) are making everything as easy as possible for me,” Neff said in response. “I’m just really excited to be here – all in all that was a great first race.”

1 Comment on Mike Neff Settles in with US Army Dragster