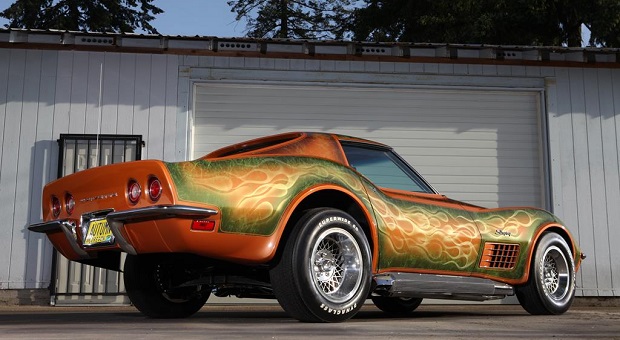 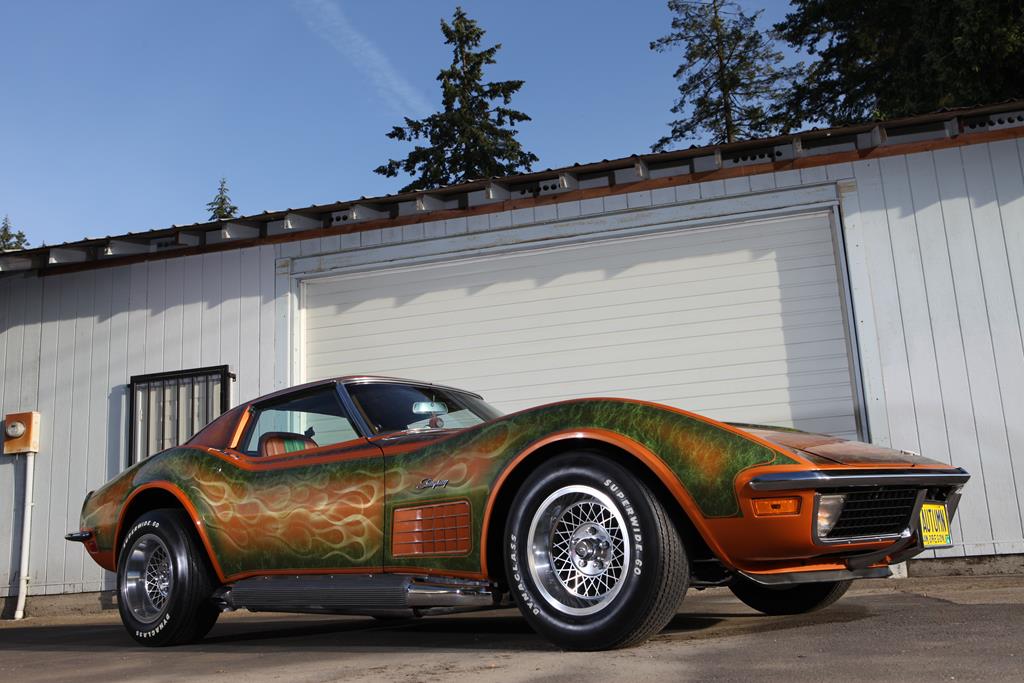 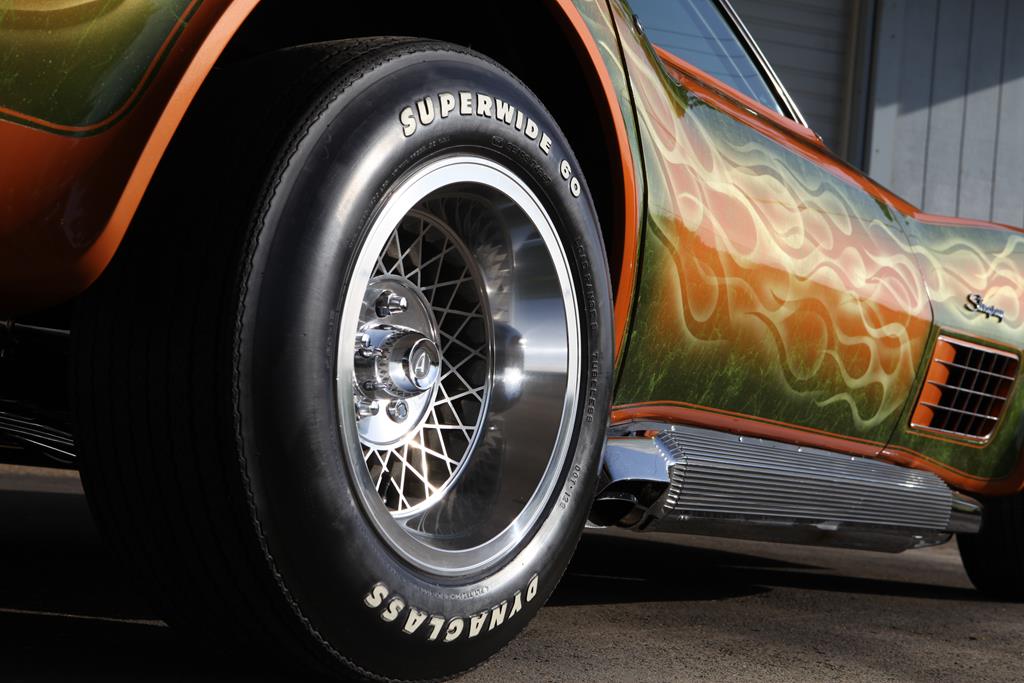 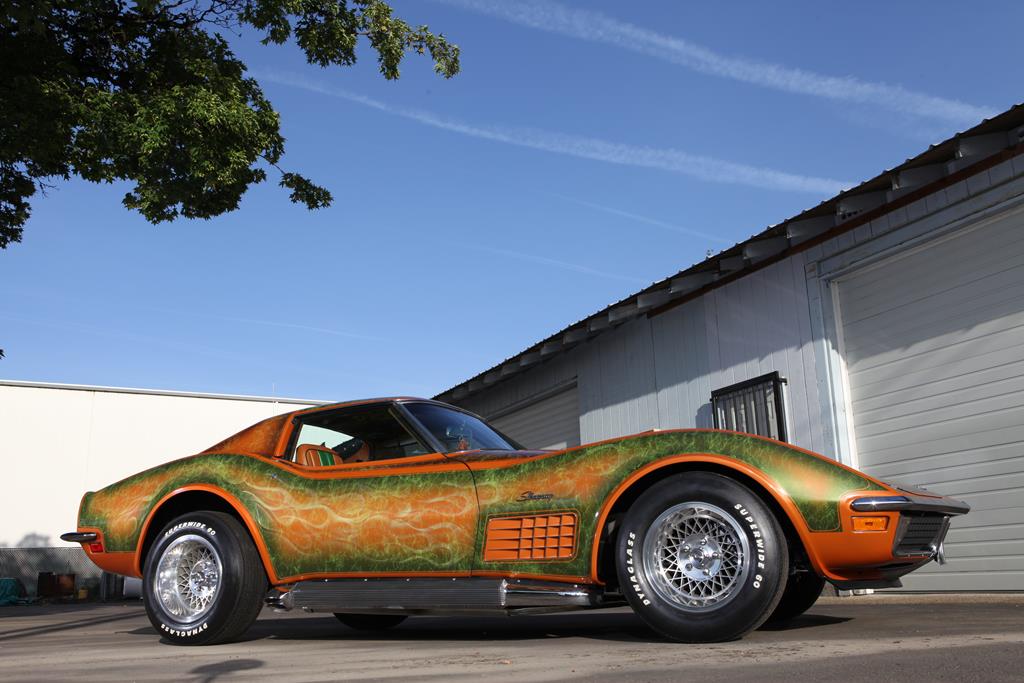 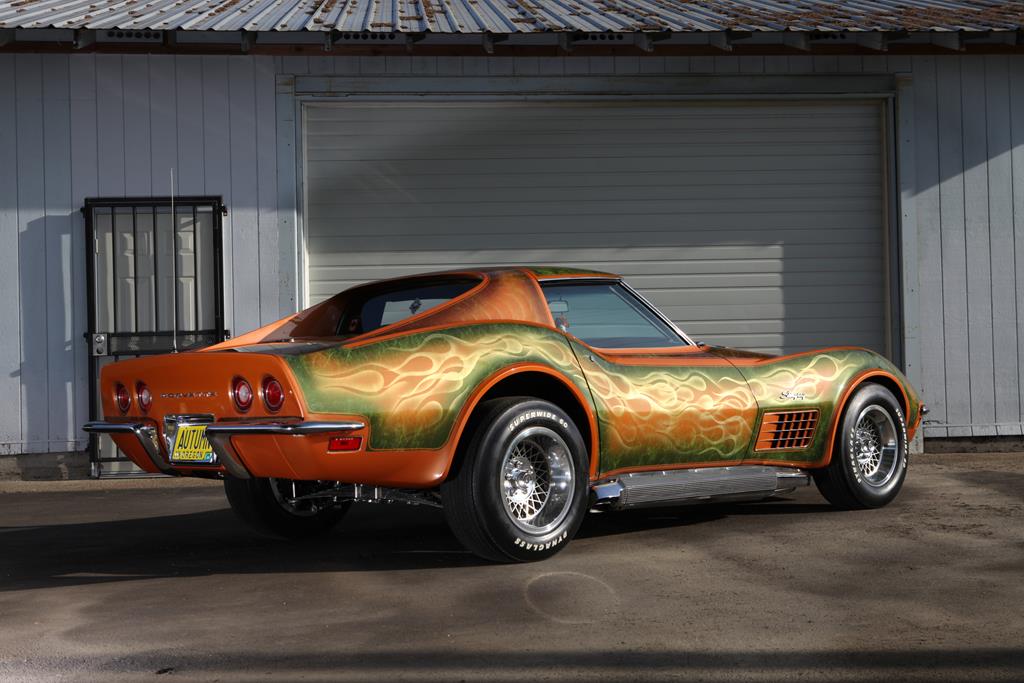 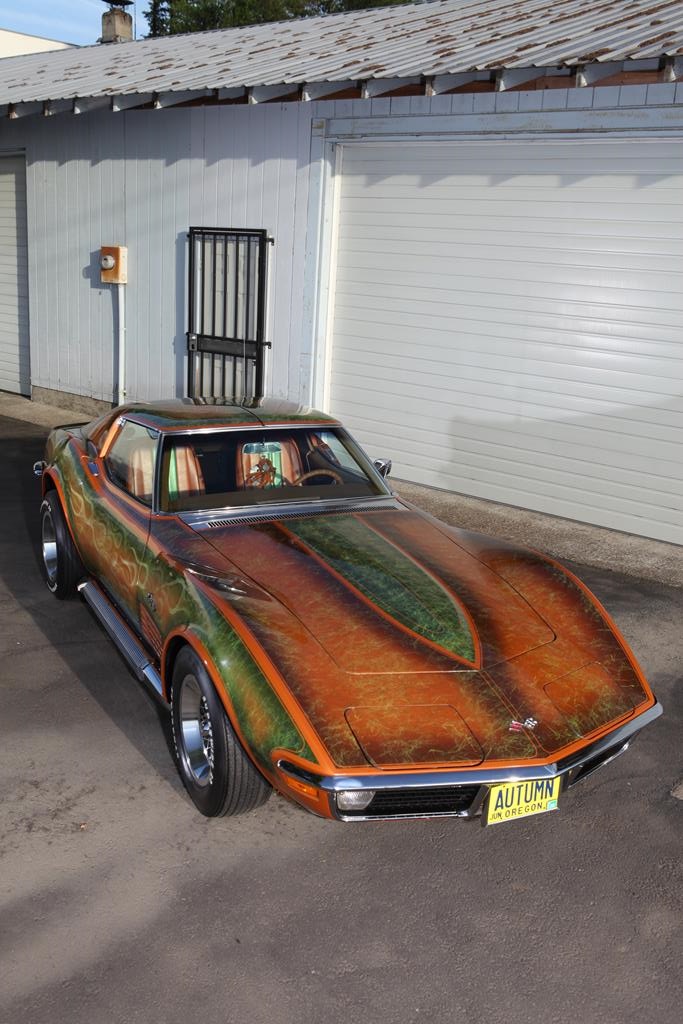 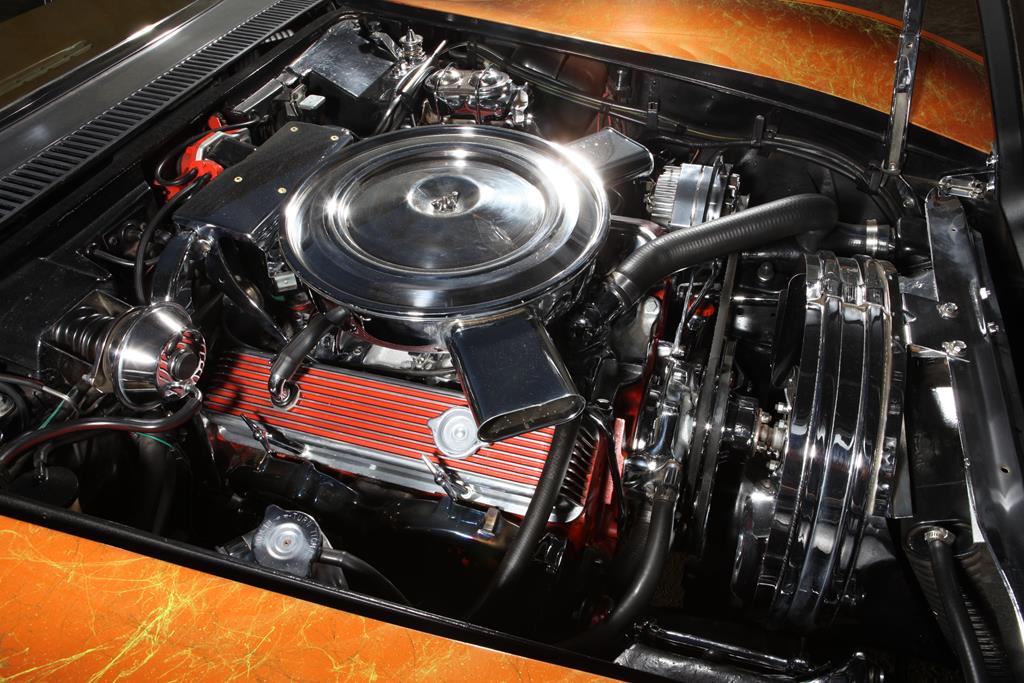 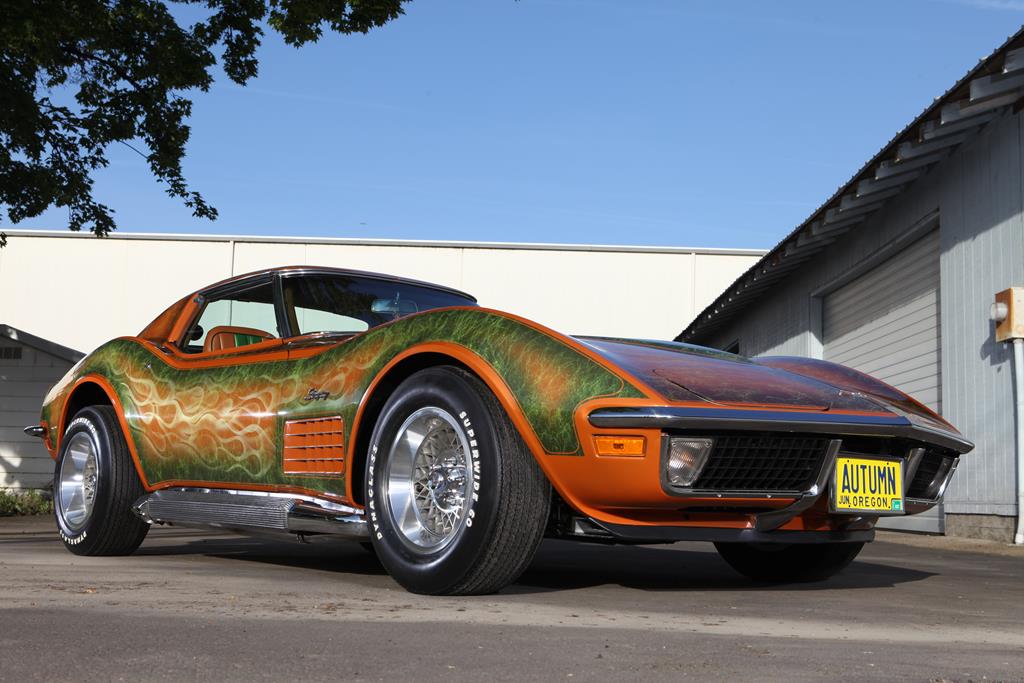 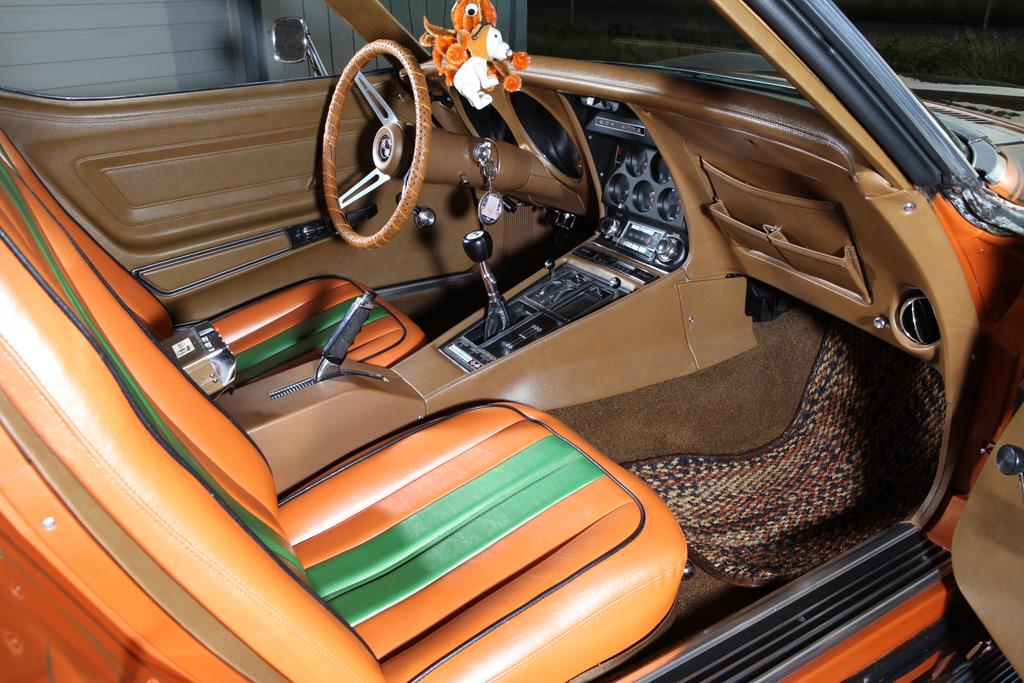 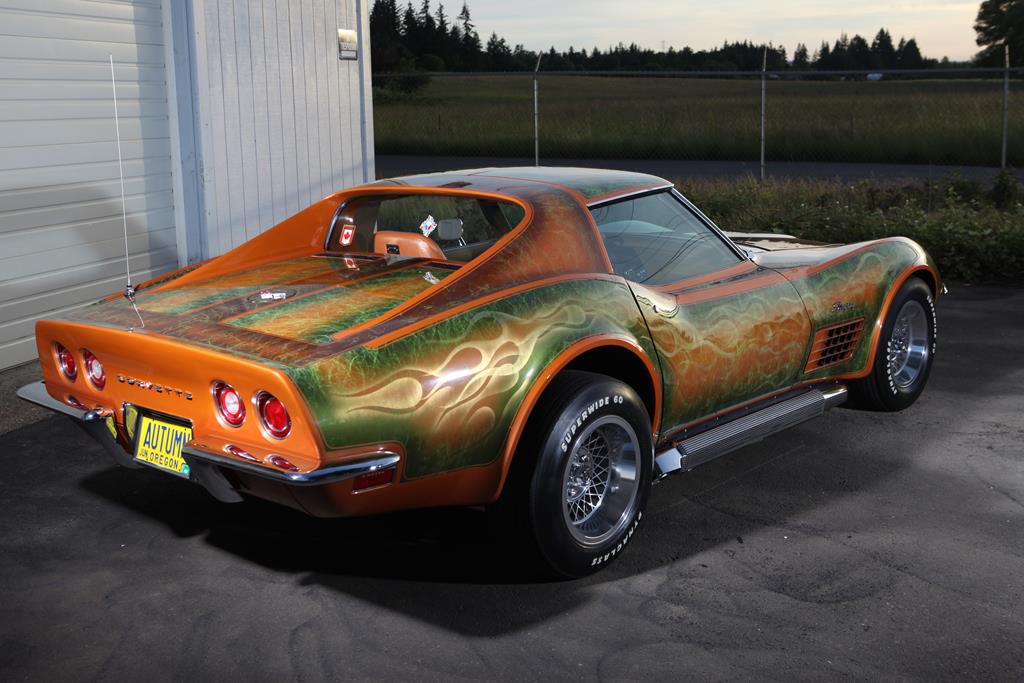 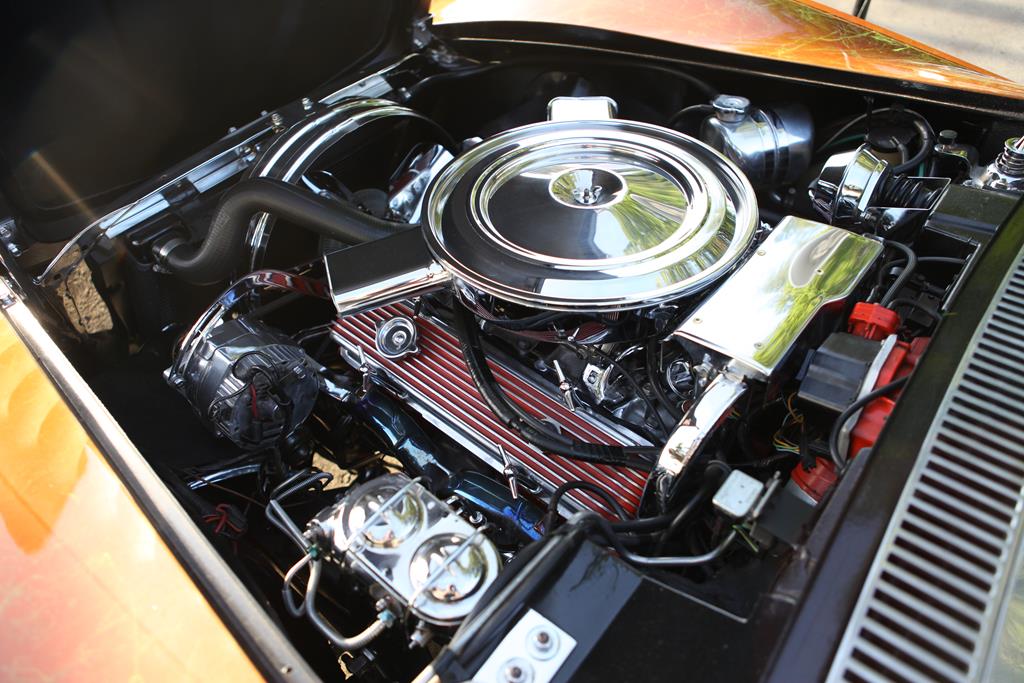 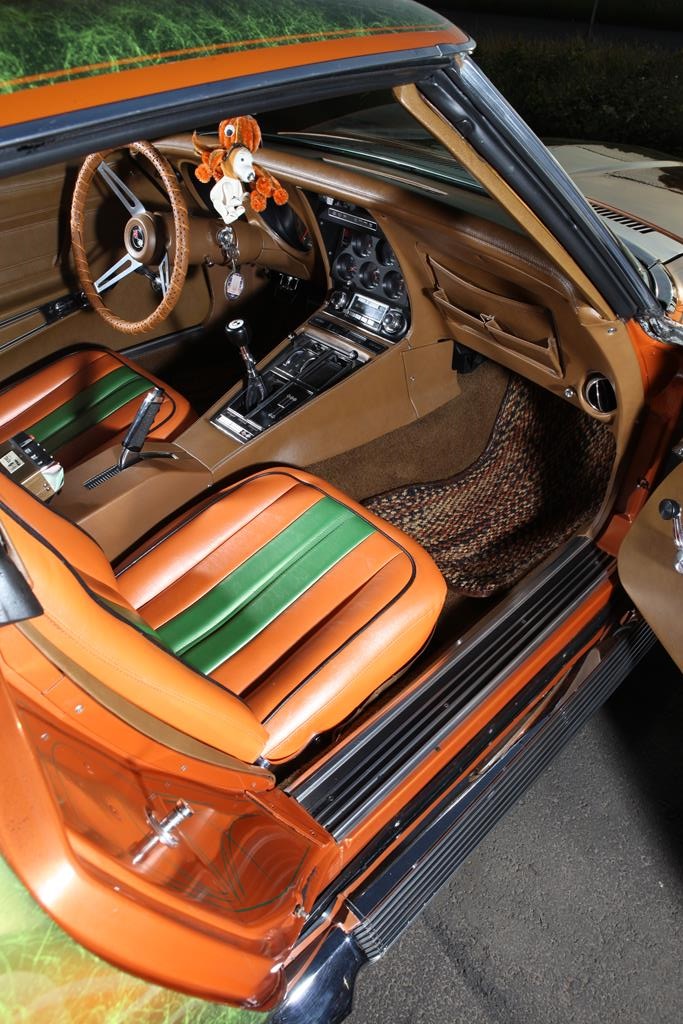 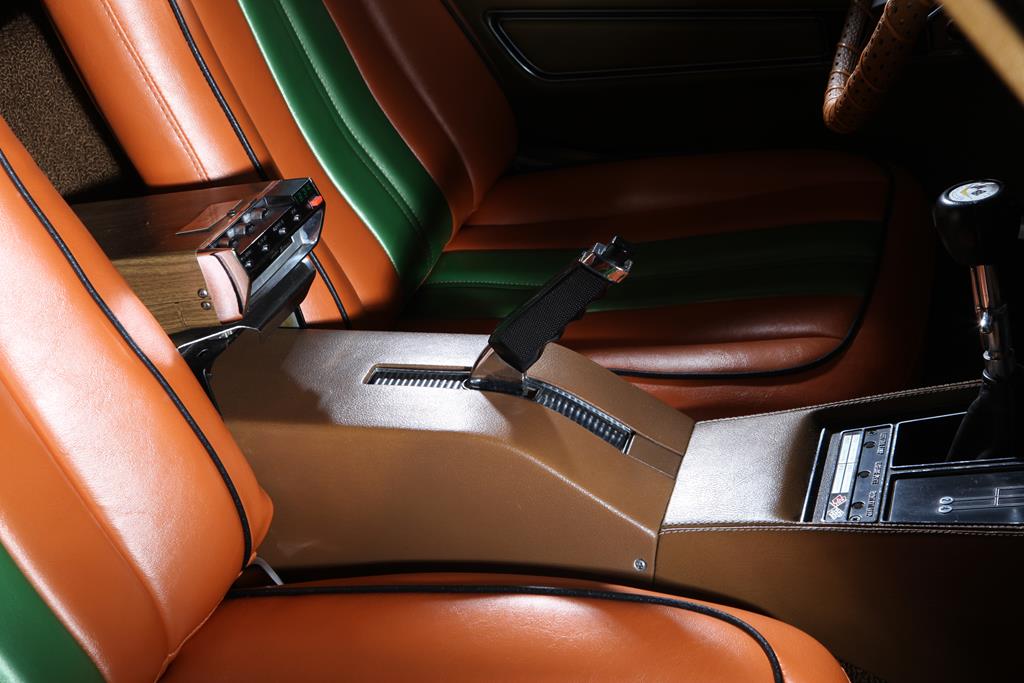 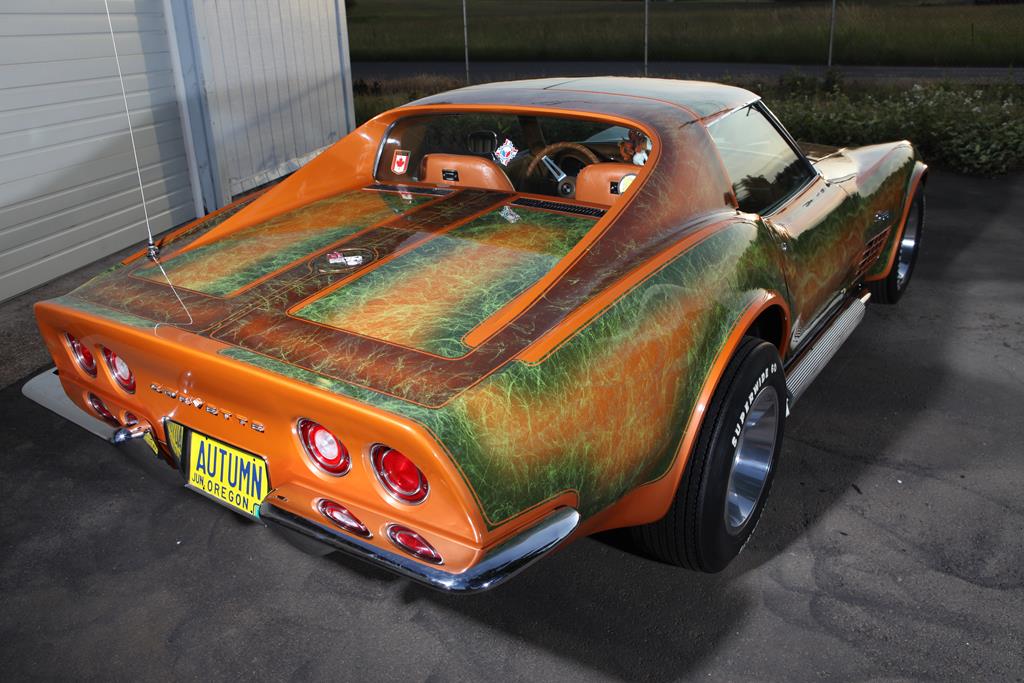 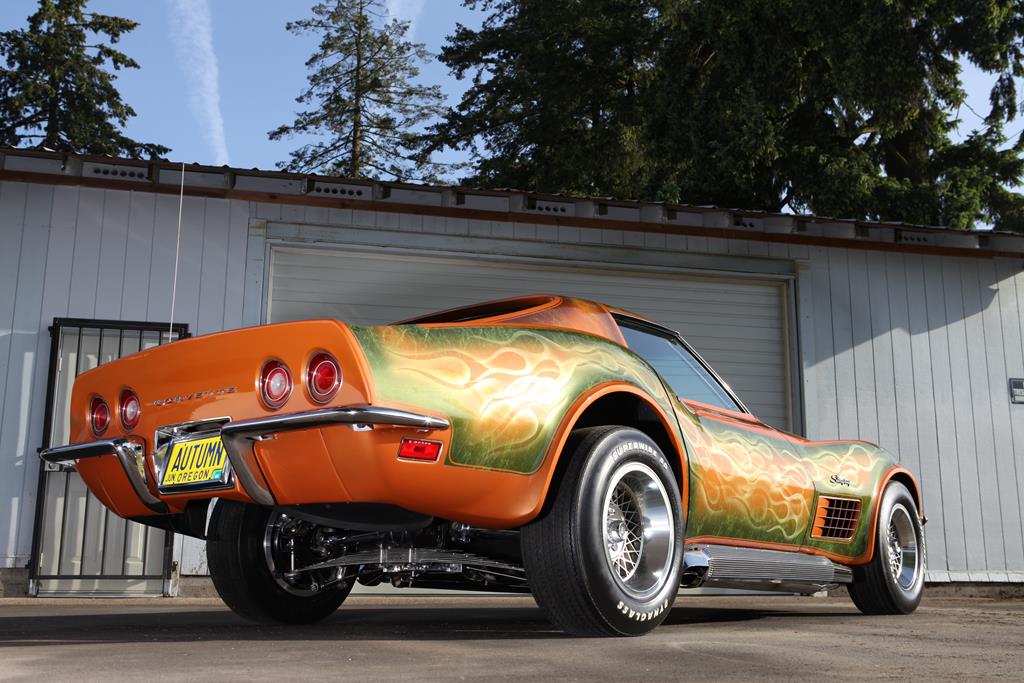 The 2021 RacingJunk Month of May Car Shows Best in Show Winner is Bryan Flach’s 1968 Plymouth Barracuda
The 1970s were a transitional period in automotive styling and paint work. New, wild techniques for creating custom paint jobs were being discovered and displayed on show cars. Let’s not forget that the Vannin movement was in its heyday, and vans made the perfect canvas for some of the wildest paint schemes ever created.

When I spotted Mike Itel’s incredible “Autumn Leaves” 1971 Corvette at the 2016 Portland Roadster show I thought to myself, ”Wow, what an amazing throwback paint job to the early 70s.” The reason I thought it was a throwback paint job was because the paint was clearly fresh. It wasn’t until I started reading the Corvette’s history on a display board that I realized it was actually painted in 1972! I got weak in the knees… I live to photograph survivor cars, and I have never seen a paint job as perfect as this that was applied nearly 50 years ago. I had to know more.

Mike Itel explained to me that he had always wanted a Corvette, but he couldn’t acquire one due to insurance reasons until he turned 25 years old. So in 1972, when he hit the magical age, he went hunting and came across a lady willing to do a partial trade on his '69 Camaro toward her virtually new '71 'Vette. The moment Mike acquired the Corvette, he had one thing on his mind: a custom paint job. And there was only one man to do the job - The Beard.

Jack Ruckman, aka The Beard, was already a highly regarded painter whose handiwork could be seen on everything from local vans and motorcycles to professional level funny cars and dragsters. Mike handed the keys to the 'Vette to Jack and let him have complete artistic control over the paint scheme. When Jack returned the freshly painted Corvette to Mike he summed up his reaction in one word: "Awestruck." Jack used the '71 as a test palette for several new techniques he applied over the factory Ontario Orange paint, and hit them all out of the park. I’m personally blown away by the flame work. In certain lighting the flames are basically non-existent, but take one step forward and they are blinding… and gorgeous.

As a Corvette owner, Mike wanted to join a Corvette club, so he checked out a local meeting, where he met Ken Kinnear. As fate would have it, Mike purchased a home near Ken, and the two men ended up becoming lifelong friends. It was Ken who aided Mike in turning the '71 into a true show car, though at the time Mike was using the 'Vette as his daily driver.

Mike noted that most of the chrome work was performed early on, but every year the 'Vette would see improvements, piece by piece, never being shown at the same event twice without alterations. The '71’s debut car show was the 1973 Portland World of Wheels, where it took “Best in Sports Class.” Soon after, in 1974, Mike purchased a Chevy Nova, allowing the Corvette to only be driven to car show events. The Corvette's first appearance at the Portland Roadster Show was also in 1974, where it won Best Paint, Best Undercarriage, Best Display and Best in Sports Class. The Best Paint Trophy was presented to the Beard at the awards by Mike Itel for this outstanding paint work. From 1974 to approximately '79 the 'Vette was shown heavily, and even competed in concourse level events.

Mike retired Autumn Leaves from driving duties in 1979, primarily due to his fear of damaging the paint work, and began to focus more and more on his new-born interest of autocross racing. Mike had begun playing around with racing in the mid '70s with a '65 Corvette, but really caught the bug in the 1980s. Mike’s autocross 'Vette is known as “Mike’s Rootbeer” and still exists in “as raced” condition… perhaps I’ll be able to tell its tale down the line.

When I spotted Autumn Leaves at the 2016 Portland Roadster show it was the 'Vette’s 10th time appearing at the event. Recently the '71 was nominated for the show’s hall of fame, but missed out by 1 vote… The Corvette seems destined to reach the hall of fame someday, which is a dream of Mikes, but one thing is for certain: while under Mike’s care, the Corvette will continue to be cherished and preserved. Both Ken and The Beard live on through Mike’s “Autumn Leaves” show-stopping corvette… a surviving symbol of an era that it represents perfectly.
Back to Post
About Chadly Johnson 16 Articles
I have a deep passion for telling the stories of survivor hot rods and customs from the glory days of hot rodding, but I bleed early air-cooled Volkswagens. Combine that with my "day job" of being surrounded by high end muscle cars and it means that I pretty much I have a camera surgically attached to my hand which keeps a smile on my face. Find Chadly on Facebook and Instagram: https://www.facebook.com/ChadlyJohnsonPhotography/ "Chadly Johnson" on Instagram.