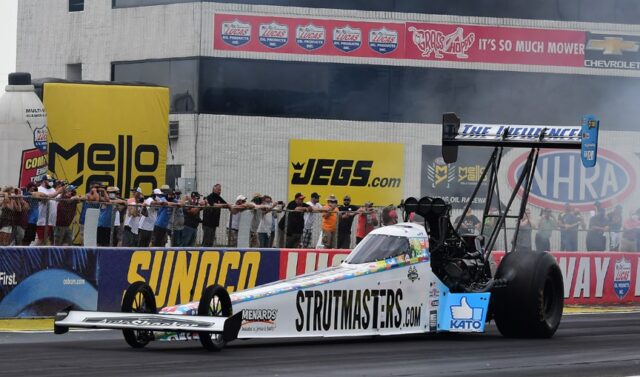 The crew chief merry-go-round is on again, as Justin Ashley Racing has retained the talents of Mike Green, most recently crew chief for Tony Schumacher’s partial 2020 season of NHRA Top Fuel competition. Ashley, who earned the Rookie of the Year honors during the protracted 2020 season (he would have gotten it even if there had been a full year of racing – he was that good in 2020), secured a race win in his rookie year with crew chief Aaron Brooks and looked to be ready to continue that association.

When Green’s talents became available there was no way Ashley could pass. Earning a seventh-place result in his first season has made the New York native wanting more. “Adding Mike Green to our team provides us with an opportunity to take our program to the next level,” Ashley said. “Mike is a championship-winning crew chief with a championship-winning mentality; it is a perfect fit. I am grateful to Mike for deciding to join our racing family. I am looking forward to learning from his invaluable knowledge and experience throughout the [2021] season. Our goal is to race together for many years to come.” 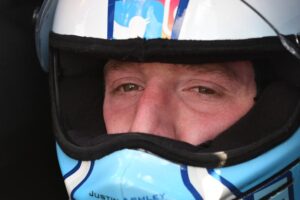 Even as he welcomed the change at the top of his working crew, Ashely expressed his appreciation for the work done by Brooks, who built the team that carried Ashley to his first NHRA Top Fuel win and rookie award in 2020. “I have a tremendous amount of respect and gratitude for Aaron on a personal and professional level. I have known Aaron for a long time and my feelings about him will never change. He’s an outstanding crew chief and a great person. We accomplished a lot together,” Ashley admitted, “during a short period of time. I am looking forward to watching him have continued success in the sport for years to come.” 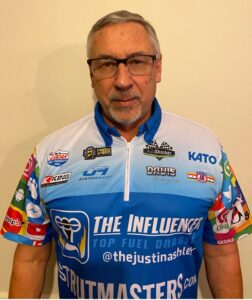 Green, who crew-chiefed Tony Schumacher to his eighth championship, began the 2020 year working with John Force Racing’s 2019 Rookie of the Year Austin Prock. When that team parked after the postponement at Gainesville and the five-plus-month layover, Green returned to Don Schumacher Racing and helped Tony Schumacher to his 85th Top Fuel win and Green’s 50th win overall, nine of which he secured in Funny Car.

“Justin’s attitude is great,” Green stated. “I just really love his attitude and how dedicated he is to driving. I worked with Tony Schumacher for a long time and there is a lot to driving these race cars. There is the burn-out, how you back up, staging and everything else once you take the [Christmas start-light] tree. Justin has been really good at all of it. I am looking forward to working with him, Dustin Davis and the rest of the team.”