The last Corvette spec series, the Corvette Challenge series, ran in 1988-89 and featured Gen 4 Corvettes, so the announcement at SEMA 2015 that the Michelin Corvette Challenge Series would kick off in February 2016 to run at Spring Mountain outside of Las Vegas, NV was met with cheers of enthusiasm by press and enthusiasts alike.

The Challenge is aimed at giving Stingray owners an entry level way to connect with Corvette’s long race history, and a chance to experience the type of racing performance the car is capable of on the track. Many of the performance components in the spec series car are derived from a new portfolio of Corvette Z06-based parts from Chevrolet. They’re designed to enhance the handling, braking, cooling and downforce performance of the Stingray.

The base vehicle will be the 2016 Z51 Stingray with track-developed Chevrolet Performance parts and Michelin racing slicks in dry weather Michelin Pilot Super Sport tires in wet conditions.  The vehicle will feature the T1 suspension kit, carbon-fiber braces, the Z06 grille and CFZ splitter, the Z06 Brembo front and rear 6-piston brake package, the Z06 transmission, plus its quarter panel vents and PCV system, all of which create a lighter, faster, more stable vehicle that excels on the track. 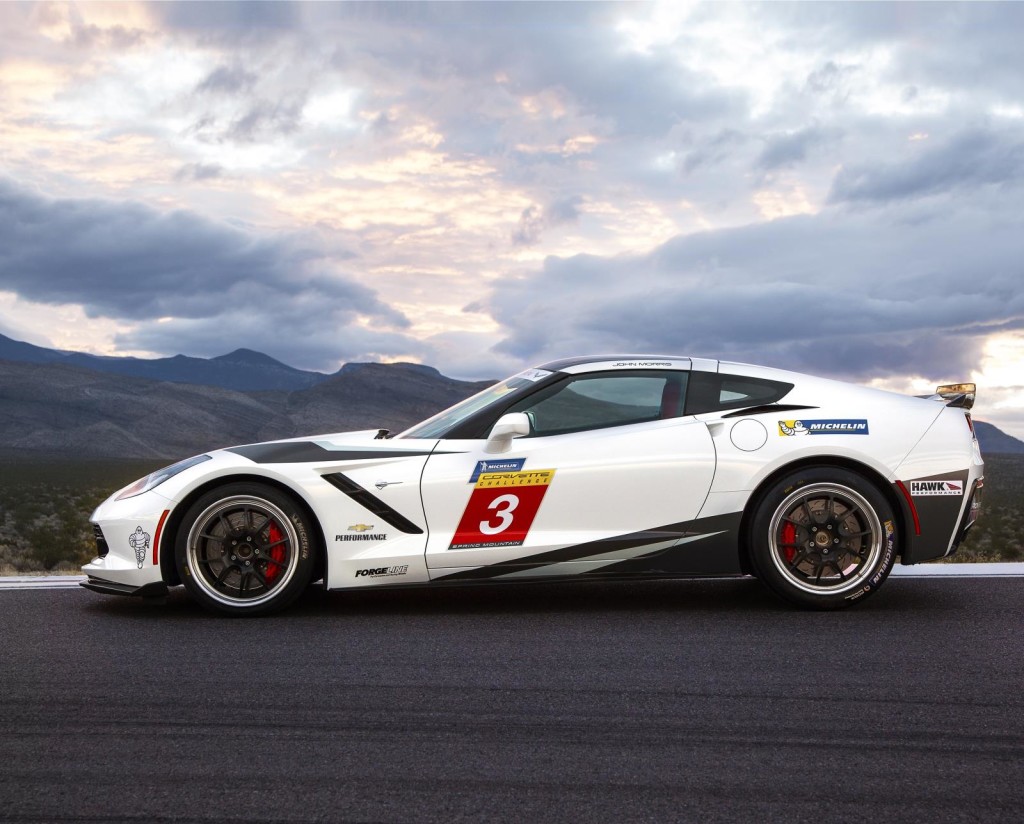 The Ron Fellows Performance Driving School, based at Spring Mountain, collaborated with Chevrolet and Michelin to develop the series, as well as the package of performance and safety equipment required for each participating race car. It will also serve as the technical race partner for the series, and Fellows himself unveiled the spec series model for the assembled press.

“The Corvette Stingray is one of the most track-capable production cars available and our enhancements simply augment the production specs to help ensure durability for a dedicated racing life,” said Ron Fellows. “With the cars mechanically on equal footing, driver skill will be the determining factor in the rankings, which should make it a very exciting series.”

“Corvette owners have been competing in showroom-stock-type racing for six decades and the new Michelin Corvette Challenge extends that legacy,” said Harlan Charles, Corvette marketing manager. “With Michelin’s support and the direction from Ron Fellows and his team, the series offers Corvette racers a unique competition experience all their own.”

The schedule for the 2016 series is as follows:

Each race will feature a pair of 30-minute races on the challenging Spring Mountain circuit. We can’t wait to for the inaugural race!

About Andreanna Ditton 229 Articles
Andreanna Ditton is the Content Manager for MotorHead Media and the Editor-in-Chief for RacingJunk.com/news. She's been working in the automotive publishing industry since 2007 focusing on racing and performance for motorcycles and cars.