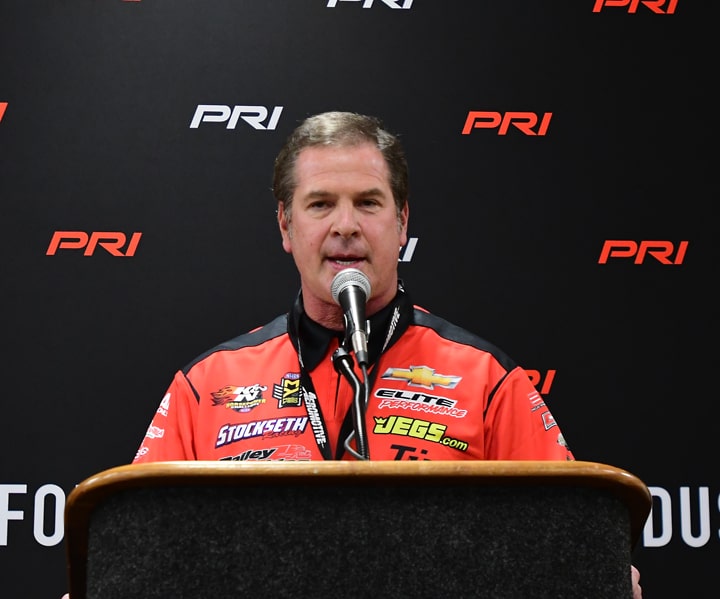 NHRA E3 Spark Plugs Pro Mod racer Steve Matusek wasn’t sure what he was going to do after teammate Danny Rowe decided to step away from the sport for 2019. He found his answer in Elite Motorsports, which is making a large leap into Pro Mod, adding Matusek and Elite client Alex Laughlin to their effort for Erica Enders, giving the team three Pro Mod entries in the 2019 campaign.

Matusek, the veteran standout will drive a twin-turbo Ford Mustang from Jerry Bickel Race Cars with Elite, returning to his roots as a Ford racer. “My dad worked at a Ford dealership, my dad ran Fords so those are my roots,” he said. “I loved how you had got be innovative to make their power plants work. So coming full-circle to that, it’s really fulfilling for me; it gets back to my roots.”

Elite Motorsports initially dipped their toes into Pro Mod this year with Enders, and the Pro Stock stalwarts made considerable progress as the season progressed. All three of the Elite Pro Mod entries will run the full, 12-event schedule in 2019, as Laughlin makes his debut in the category, making Matusek the veteran of the group. 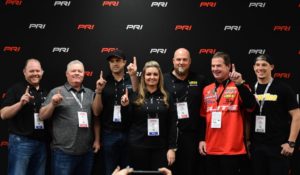 Matusek made his NHRA Pro Mod debut in 2011, taking his initial career win in 2017. In a highly competitive category, he has four top-10 season finishes. When Rowe disbanded his team, Matusek believed he wouldn’t be able to compete in 2019, but his connection to Elite Motorsports owner Richard Freeman, on a business level, helped make Matusek change his mind. The driver is the owner of Aeromotive, a company producing fuel systems, accessories and electronics that he started in 1994.

Of his time with Danny Rowe Racing, Matusek said it was “a magical time for us and you never want to see it end. Up until Monday of this week, I was already trying to get used to not scaring myself on a weekly basis, but the way this agreement came together and starting to meet the people on the new team, starting to get an understanding what they’re doing and being innovative, that’s what I love and I hope it’s as fulfilling as the last five years have been with Danny and Val (Rowe).”

For Matusek, they’re building the late-model Ford Mustang from Jerry Bickel Race Cars. “Everybody’s happy, everybody’s excited and everyone speaks highly of each other,” Matusek said of this new partnership. “That helped in some of my decision-making process. To me, the thrill of just driving a Pro Mod is over. I’m not doing this to say I drive a Pro Mod. I want to freaking win races and win a championship!”